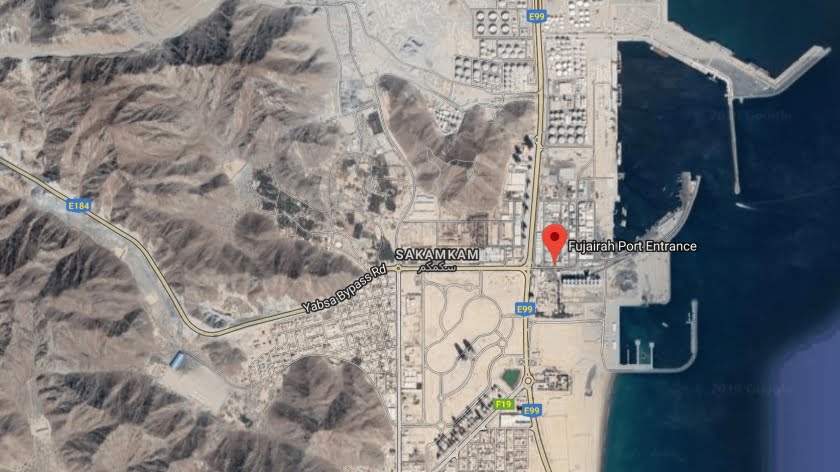 On the 11thof January 2007, US forces raided the Iranian Liaison Office in Erbil, capturing several “Iranian Revolutionary Guard Corps” (IRGC) officers. Nine days later, a commando led by a Hezbollah officer and Iraqi resistance members of the Moqtada al-Sadr group (Asaeb Ahl al-Haq) carried out an audacious attack in daylight in Karbala province, driving US bullet proof cars belonging to an Iraqi Minister. They captured and killed five US soldiers and officers. This is the language Iran uses to send messages to the US, an unmistakeable message leaving no Iranian fingerprints.

On Sunday morning, at 04:00 am local time, a strong explosion was heard at the United Arab Emirates harbour of al-Fujairah, seriously damaging five cargo vessels – al Marzoqah, al Miraj, al Majd, al Amijal and Khamsa Ashra – but leaving no injuries or spills of chemicals or fuel. Among the four ships were two Saudi Arabia oil tankers.

It was a clean, low cost, quick and very efficient operation with an immense result: it put an end to the prospects not only of a war between the US and Iran this summer but also to those of a war between Hezbollah and Israel. The sabotage gave a taste of what could happen to the Middle Eastern countries’ economies and to world imports of oil in case Iran is cornered and attacked. The US and its Middle Eastern allies may not want to imagine what Iran is capable of – even if no tangible proof of sabotage leads to Iran – in case of war. Trump will have to think carefully about his re-election in 2020 if he undertakes a war without any clear horizon or results.

Al-Fujairah – 140 kilometres from the Strait of Hormuz – is the world’s second largest bunkering hub and was fully operational in 1983. Its first oil terminal began operation in 2006 and the second in 2010. The importance of al-Fujairah was underlined when the Strait of Hormuz was mined by Iran during the Iraq-Iran war in the 1980s. Regardless who was behind this professional sabotage operation, it sends a clear message that no oil exports are possible if Iran will not be able to export its oil. Also, it says that the world will suffer a rocketing price of oil (Brent crude, the global benchmark, was up 1.8% at $71.89 a barrel on London’s Intercontinental Exchange) if Iran is encircled and prevented from breathing as US president Donald Trump and his team are trying to do.

Iran has threatened to close the Strait of Hormuz if it will not be able to sell its oil. The US and its Middle Eastern partners were trying to create other possibilities to avoid using the Strait of Hormuz in extreme case scenario. The al-Fujairah sabotage took place not very far from the Fujairah US Naval Base, indicating a double message to whom it may concern.

The sabotage – denied by the UAE authorities in the first hours only to be confirmed later in the afternoon – took place soon after it was announced that the US is sending an aircraft carrier and B-52 bombers to the Persian Gulf to frighten Iran and confront any possible targeting of maritime traffic in the Strait of Hormuz. It is unlikely that the US expected such an immediate and direct response.

A year ago, President Donald Trump withdrew the United States from the 2015 nuclear deal between Iran and world powers, restoring severe unilateral sanctions meant to cripple Iran’s economy. Iran then warned it would begin keeping heavy water and enriching uranium at higher levels in 60 days if Europe doesn’t find a way to compensate the US sanctions. Recent’s event (al-Fujairah sabotage) indicates that other responses to US aggression are also possible.