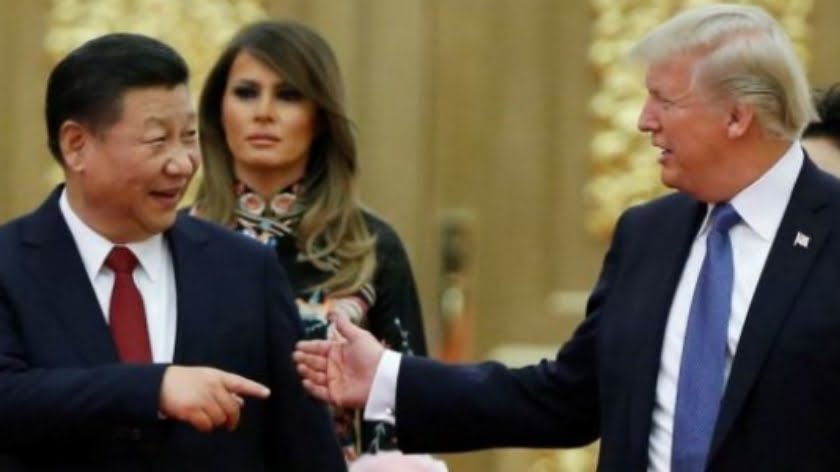 Heightened trade tensions between the U.S. and China over the last few days, that seemed to catch many media outlets and pundits off-guard, were actually always lurking just beneath the surface. U.S. negotiators had indeed made headway with China in talks over the last several weeks, provoking even optimism from President Trump just days before he increased tariffs on some $200 bn worth of Chinese goods from 10 percent to an economically damaging 25 percent.

However, U.S. negotiators pushed too hard. White House economic adviser Larry Kudlow said on Sunday that China needs to agree to “very strong” enforcement provisions for an eventual deal and the sticking point in negotiations was Beijing’s reluctance to put into law changes that had been agreed upon. He added that U.S. tariffs would remain in place while negotiations remain.

Major changes to Chinese law, enforced and monitored by another country is something China will never accept nor could it if it wanted to not only save face at home but abroad. To do so would be an unacceptable concession for the country that is still sensitive to what it considers years of subjugation from foreign powers until at least the mid part of the last century – a topic that is not only still taught to every Chinese student but which has become part of the Chinese national psyche.

On Monday, China fired back. A commentary in the Communist Party’s People’s Daily said “at no time will China forfeit the country’s respect, and no one should expect China to swallow bitter fruit that harms its core interests.” The hawkish Beijing-based Global Times, which often expresses the view of the Chinese Communist Party (CCP), said that China had no reason to fear a trade war with the U.S.

A commentary in Chinese state-run news agency Xinhua, citing Chinese academics at a think tank over the weekend, said that facing U.S. tariff hike threats, China has adhered to its bottom line, defended national dignity and people’s interests. Imposing new tariffs goes against the will of the people and the trend of the times. China has the resolution, courage, and confidence to rise to all sorts of challenges, they said. Related: Oil Opens Higher After Saudi Arabia Reports Attacks On Oil Tankers

However, one expert, Chen Wenling, chief economist with the China Center for International Economic Exchanges, missed the mark when he said that the trade war had been provoked by the U.S. and has been ineffective. Not only has the U.S. not provoked China over trade, but Washington is also decades late in trying to level the trade playing field. Similar trade concerns among China’s other taring partners, especially the EU have and are still being voiced with increased calls for action.

The fallout from an increase in tariffs on Chinese goods only slightly impacted oil markets on Monday morning in Asia. U.S. oil benchmark West Texas Intermediate (WTI) crude futures were down 0.2 percent to $61.58/barrel in early trading. Global oil benchmark, London-traded Brent crude futures were up 0.2 percent in early trading at $70.73 a barrel.

Going forward, however, the fallout from increased tariffs on Chinese goods will dampen global oil demand, as well as cause more stagnation in global growth, while Trump’s indication that he could impose new tariffs on another $300 bn worth of Chinese goods could be severely damaging for global growth, especially still fragile emerging markets. Though a slowdown in global economic growth will take several months to be felt, it will come at a precipitous time for President Trump as the 2020 presidential election cycle heats up. On the other hand, slower economic growth and less demand for oil would put downward pressure on oil prices, resulting in lower gas prices at the pump – a bonus for the president.

On the supply side of the oil markets equation, Saudi Arabia, Russia and other major producers, with memories still fresh from the cataclysmic drop in oil prices from more than $100 per barrel in mid-2014 to dropping below the $30 price point in January 2016, can be expected to withhold as much production as possible to keep prices from plunging too low. The U.S. and China together accounted for some 34 percent of total oil consumption in the first quarter of the year, according to the Paris-based International Energy Agency.

Kudlow did hold out a prospect on hope over the ongoing trade war on Sunday when he added that there is a “strong possibility” that Trump will meet Chinese President Xi Jinping at a G-20 summit in Japan in late June.