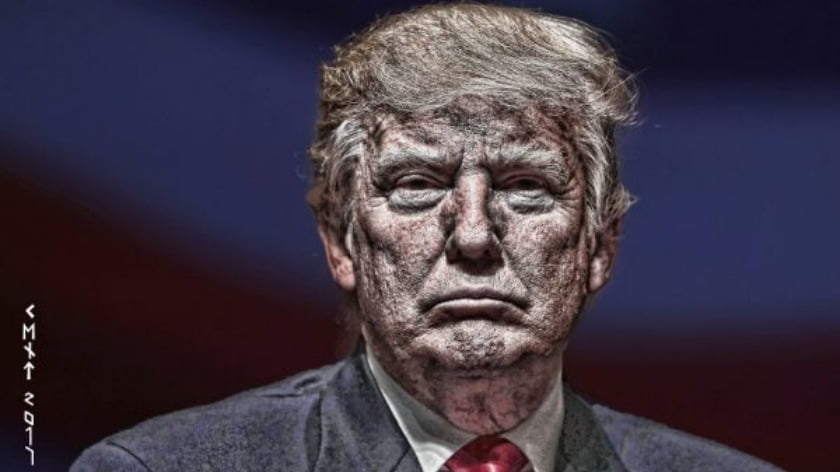 At this time of writing, it is too early to declare the danger over, but at least three out of five Iranian tankers have made it safely to Venezuela (confirmation from TeleSur and PressTV). Furthermore, while we should never say “never”, it appears exceedingly unlikely that the US would let three tankers pass only to then try to impede the arrival of the other two. So it ain’t over until its over, but as of right now things look way better than last week.

Besides, this is mostly a symbolic issue. While these 5 tankers will make a difference, it won’t be a huge one, especially considering the devastating consequences which the US sanctions, sabotage and subversion have inflicted on Venezuela.

Still, symbols are important, if only because they create a precedent. In fact, I would argue that the latest climbdown by Trump is no different than all his other climbdowns: Trump has had a very consistent record of threatening fire and brimstone before quietly deflating walking away. And since he did that many times now, we have to wonder whether this strategy is effective or not?

One could argue that this strategy could be described by saying that you put the maximum pressure on the other side in the hope that the bluff will entice the adversary to fold. This could be a semi-credible argument where it not for a very simple but crucial problem: so far the other guys have never folded. In other words, Trump’s bluff has been called over and over again, and each time Trump had to quietly deflate.

Some will say that this only proves that Trump is truly a peace-loving President who, unlike his predecessors, does not want to go to war. But then, what about the cruise missile strikes on Syria? What about the murder of Soleimani?

Truth be told, the kindest thing we can say about this strategy (assuming that it is a strategy to begin with, not the evidence of a total lack of one) is that it is tantamount to yelling “fire!” in a crowded movie theater: the fact that Trump did not set any movie theater ablaze hardly justifies his yelling “fire” in such a dangerous environment. The perfect example of this kind of irresponsible behavior is the murder of General Soleimani which truly brought the US and Iran a millimeter away from a real, full-scale war.

Furthermore, while I salute Trump’s climbing down following the Iranian strikes, I also believe that in doing so he hurt the international image of the USA. Why? Think about this: this is the first time ever (if I am not mistaken) that the US was the object of a major military strike coming from another state-actor and did not retaliate. In the past and until this Spring, the USA always held the view that if anybody dares to mess with it this would result in very serious consequences. Thus the US upheld a world order in which some where a lot more equal than others. Specifically, “others” had to meekly accept US strikes and shut up whereas Uncle Shmuel could strike left and right and expect no retaliation.

By “accepting” the Iranian counter-strike, Trump did essentially place an “equal” sign between Iran and the USA. He probably never understood that, but in the region this was understood by all.

Still, I will always prefer the politician who does not start a war (for whatever reason) to one who would. I also have no doubt whatsoever that Hillary would have started one, or even several, wars. But the fact that Hillary would have been even worse than Trump is hardly a reason to start fawning about Trump’s brilliant “5D chess” genius or peace-loving policies…

Trump reminds of a guy pointing a gun a people in the street only to later say “but it was a toy gun, I never meant to really shoot anybody”. This is definitely better than shooting people with a real gun, but this is hardly a sign of maturity or intelligence.

The other problem with this “strategy” (let’s assume for argument’s sake that this is a strategy of some kind): each time the “indispensable nation” and “sole hyperpower” has to climb down, it increasingly looks like a paper tiger. Not looking like such a paper tiger is probably the mean reason behind Michael Ledeen’s famous words “Every ten years or so, the United States needs to pick up some small crappy little country and throw it against the wall, just to show the world we mean business“. In a strictly evil and imperialistic sense, Ledeen’s strategy makes a lot more sense than what Trump has been doing.

As Marx famously said, “History repeats itself, first as tragedy, second as farce“. The outcome of what some now call the “Battle of Macuto Bay” is a perfect example of this: if the Bay of Pigs was the “root case” then the disaster in Grenada was the tragedy and the Battle of Macuto Bay the real farce.

Humor can be a devastating weapon and anybody who has studied the late Soviet Union (in the late Brezhnev years and after) knows how the Russian people ridiculed the Soviet leaders with literally thousands of jokes.

A real imperialist would much rather be hated than ridiculed, and while Trump himself probably does not realize that he is the laughingstock of the planet, his aides and deep state bosses most definitely do and that is very, very dangerous.

Because the pressure to, once again, “ pick up some small crappy little country and throw it against the wall” increases with each climbdown (see my article “Each “Click” Brings Us One Step Closer to the “Bang!” for a fuller discussion of this).

Besides, finding an even smaller and weaker country than Venezuela will be hard (maybe the Island of Saba? or Grenada again? who knows?). And potentially very dangerous.

The other problem is predictability. Any international system requires that its most powerful actors be predictable. In contrast, when a major international actors acts in what appears to be unpredictable, irrational or irresponsible manner, this puts the entire stability of the system at risk.

Finally, there are also lessons for Moscow here, the main one being that when confronted with a determined adversary, the Empire tries to bluff, but eventually folds. True, Moscow has to be much more careful than Tehran simply because the consequences of a US-Russian war would be dramatically worse than even a major conflict in the Middle-East. Yet it is also true that over the past years the Russian armed forces did have the time to prepare for such a conflict and that now Russia is ready for pretty much anything the US could try to throw at her, at least in purely military terms.

[Sidebar: in contrast to the military posture of Russia, the political environment in Russia has changed for the worse: there is now a potentially very dangerous “hardline” opposition to Putin which I have christened the “6th column”, as opposed to the liberal and pro-western 5th column. What these two “columns” have in common is that they both will categorically oppose pretty much anything and everything Putin does. The 6th column, in particular, has a seething hatred for Putin which is even more rabid than what the liberal 5th column usually express. Check out this excellent video by Ruslan Ostashko, who prefers the term “emo-Marxists” and who very accurately describes these folks. Whether we think of them as 6th-columnists or emo-Marxists does not matter, what matters is that these folks are eager to act like a soundboard for any and all anti-Putin rumors and fakes. While Putin certainly has his flaws, and while the economic policies of the Medvedev, and now Mishustin, government are a far cry from what most Russians would want, it is also true that these two “columns” are objectively doing the bidding of the Empire, which could present a real problem if the current pandemic-induced economic crisis in Russia is not tackled more effectively by the government]

I have always said that Iran, while being much weaker than Russia, has consistently shown much more courage in its dealings with the Empire than Russia. Furthermore, Iran’s policies are primarily dictated by moral and spiritual considerations (like in the case of Iran’s principled stance on occupied Palestine) while Russian policies are much more “pragmatic” (which is really a euphemism for self-serving). But then, Iran is an Islamic Republic whereas Russia still has to develop some kind of unifying and original worldview.

For all his innumerable negative character traits and other flaws, it remains true that Trump has not launched a major war (so far). Yes, he has brought the world to the brink several times, but so far he has not plunged the world into a major conflict. How much of the credit for this truly should go personally to him is very debatable (maybe cooler heads in the military prevailed, I think of folks like General Mattis who, reportedly, was the one who stopped the USA from seriously attacking Syria and settled for a symbolic strike). Some Russian analysts (Andrei Sidorov) even believe that the USA is in no condition to fight any war, no matter how small. Furthermore, most (all?) Russian analysts also believe that the USA is fully committed to a full-spectrum information and economic war to try to economically strangle both Russia and China. I think that it would be fair to say that nobody in Russia believes that the relationship with Trump’s USA can, or will, improve. The tone in China is also changing, especially since the US has now launched a major anti-China strategic PSYOP. In other words, the USA is merrily continuing down its current road which leads it to a simultaneous confrontation with not one, or even two, countries, but with a list of countries which seems to grow every day. So while it is true that in this case Trump appears to have canceled two wars, we should not assume that he won’t soon start one, if only to deflect the blame for his total mismanagement of the COVID19 crisis. Should that happen, we can only hope that all the “resistance countries” and movement will provide as much support as possible to whomever the Empire attacks next.