President Putin’s keynote speech at the Valdai Club’s 17th annual meeting devoted a significant amount of time to articulating his vision of what can be described as “Populist Statism”, or the emerging hybrid model of a strong state system driven by civil society, which represents an exciting new governance model that’s perfectly suited for helping Russia adapt to the “Age of Complexity”.

The Valdai International Discussion Club is globally regarded as one of Russia’s top think tanks alongside the Russian International Affairs Council (RIAC), and it’s become a tradition for President Putin to speak at its annual meeting. This year was no different, except that the Russian leader addressed his audience via videoconference instead of in person like he usually does, but his speech was still equally insightful in revealing how the person who many regard as the planet’s most powerful man views the current state of the world. It’s for that reason why readers are strongly encouraged to read his speech in full on the official Kremlin website, but for those who don’t have the time, then the author’s analysis of what he regards as its important points should hopefully suffice.

A Collection Of Quotes

President Putin devoted a significant amount of time to articulating his vision of what can be described as “Populist Statism”, or the emerging hybrid model of a strong state system driven by civil society, which represents an exciting new governance model that’s perfectly suited for helping Russia adapt to the “Age of Complexity”. What follows is a list of paraphrased points accompanied by President Putin’s exact words of pertinence from his speech. Upon sharing all passages of relevance, the author will then analyze the articulated concept in an attempt to explain what can arguably be regarded as Russia’s new governing model. This piece will hopefully do more than just enlighten readers about the Russian leader’s visionary initiative, but perhaps even encourage those elsewhere across the world to think deeply about how their own country could possibly emulate it.

“We have always considered a strong state a basic condition for Russia’s development. And we have seen again that we were right by meticulously restoring and strengthening state institutions after their decline, and sometimes complete destruction in the 1990s.”

* A Strong State System Isn’t A Euphemism For Dictatorship:

“Then, the question is: what is a strong state? What are its strengths? Definitely, not total control or harsh law enforcement. Not thwarted private initiative or civic engagement. Not even the might of its armed forces or its high defence potential.”

* The Social Contract Forms The Basis For All Strong State Systems:

“Nevertheless, I am confident that what makes a state strong, primarily, is the confidence its citizens have in it. That is the strength of a state. People are the source of power, we all know that. And this recipe doesn’t just involve going to the polling station and voting, it implies people’s willingness to delegate broad authority to their elected government, to see the state, its bodies, civil servants, as their representatives – those who are entrusted to make decisions, but who also bear full responsibility for the performance of their duties.”

* There Is No One-Size-Fits-All Approach To Strong State Systems:

“This kind of state can be set up any way you like. When I say ‘any way,’ I mean that what you call your political system is immaterial. Each country has its own political culture, traditions, and its own vision of their development. Trying to blindly imitate someone else’s agenda is pointless and harmful. The main thing is for the state and society to be in harmony.”

“And of course, confidence is the most solid foundation for the creative work of the state and society. Only together will they be able to find an optimal balance of freedom and security guarantees.”

* Strong State Systems Are Built Upon Strong Civil Societies And Accountable To Them:

“I believe that civil society will play a key role in Russia’s future. So, we want the voice of our citizens to be decisive and to see constructive proposals and requests from different social forces get implemented.”

“This begs the question: how is this request for action being formed? Whose voice should the state be heeding? How does it know if it is really the voice of the people and not some behind-the-scenes messages or even someone’s vocal yelling that has nothing to do whatsoever with our people and that at times becomes hysterical? Occasionally, someone is trying to substitute self-serving interests of a small social group or even external forces for a genuine public request.”

“Genuine democracy and civil society cannot be ‘imported.’ I have said so many times. They cannot be a product of the activities of foreign ‘well-wishers,’ even if they ‘want the best for us.’ In theory, this is probably possible. But, frankly, I have not yet seen such a thing and do not believe much in it. We see how such imported democracy models function. They are nothing more than a shell or a front with nothing behind them, even a semblance of sovereignty. People in the countries where such schemes have been implemented were never asked for their opinion, and their respective leaders are mere vassals. As is known, the overlord decides everything for the vassal. To reiterate, only the citizens of a particular country can determine their public interest.”

“We, in Russia, went through a fairly long period where foreign funds were very much the main source for creating and financing non-governmental organisations. Of course, not all of them pursued self-serving or bad goals, or wanted to destabilise the situation in our country, interfere in our domestic affairs, or influence Russia’s domestic and, sometimes, foreign policy in their own interests. Of course not. There were sincere enthusiasts among independent civic organisations (they do exist), to whom we are undoubtedly grateful. But even so, they mostly remained strangers and ultimately reflected the views and interests of their foreign trustees rather than the Russian citizens. In a word, they were a tool with all the ensuing consequences.”

“A strong, free and independent civil society is nationally oriented and sovereign by definition. It grows from the depth of people’s lives and can take different forms and directions. But it is a cultural phenomenon, a tradition of a particular country, not the product of some abstract ‘transnational mind’ with other people’s interests behind it.”

“The duty of the state is to support public initiatives and open up new opportunities for them. This is exactly what we do. I consider this matter to be the most important for the government’s agenda in the coming decades – regardless of who exactly will hold positions in that government. This is the guarantee of Russia’s sovereign, progressive development, of genuine continuity in its forward movement, and of our ability to respond to global challenges.”

“Let me assure you, dear friends, that we are objectively assessing our potentialities: our intellectual, territorial, economic and military potential. I am referring to our current options, our overall potential. Consolidating this country and looking at what is happening in the world, in other countries I would like to tell those who are still waiting for Russia’s strength to gradually wane, the only thing we are worried about is catching a cold at your funeral.”

“The subject of environmental protection has long become a fixture on the global agenda. But I would address it more broadly to discuss also an important task of abandoning the practice of unrestrained and unlimited consumption – overconsumption – in favour of judicious and reasonable sufficiency, when you do not live just for today but also think about tomorrow.”

* The New Nihilism Must Be Collectively Counteracted By Society:

“It is interesting that humanity has reached a very high level of technological and socioeconomic development, while at the same time facing the loss or erosion of moral values and reference points, a sense that existence no longer has meaning and, if you will, that the mission of humankind on planet Earth has been lost. This crisis cannot be settled through diplomatic negotiations or even a large international conference. It calls for revising our priorities and rethinking our goals. And everyone must begin at home, every individual, community and state, and only then work toward a global configuration.”

* Everything Must Be Done With The New Generation In Mind:

“I mentioned history and the older generations who went through all the trials of last century for a reason. Everything we are discussing today will soon become the responsibility of young people. Young people will have to deal with all of the problems which I mentioned and you discussed today. Speaking about Russia, its young citizens, who are still growing up and gaining experience, will have to do this as soon as in the 21st century. They are the ones who will have to confront new and probably even more difficult challenges. They have their own views on the past, present and future. But I believe that our people will always retain their best qualities: patriotism, fortitude, creativity, hard work, team spirit and the capacity to surprise the world by finding solutions to the most difficult and even seemingly insoluble problems.”

The Principles Of Populist Statism

Taken together, the principles of Populist Statism as articulated by President Putin are a strong state system upheld by civil society’s support of the social contract, maximum accountability to the people, full sovereignty in all spheres, the “invisible hand” of the state facilitating bottom-up development, the implementation of sustainable policies, respect for the national culture, and total resistance to the trend of “New Nihilism”. To oversimplify the substance of this system, it represents a visionary attempt to adapt to what has been described as the “Age of Complexity” (i.e. the relevance of complexity theory in today’s world) or “VUCA World” (characterized by volatility, uncertainty, complexity, and ambiguity). It’s populist because it’s people-led and statist because of its strong state system. These concepts are complementary, not contradictory.

Applying the principles of complexity theory and systems thought, Populist Statism aims to decentralize governance by transforming the state more into a platform through which people can self-organize so as to facilitate the emergence of creative solutions to ever more complex challenges. That might sound paradoxical to those who have been misled to believe that Russia is a “dictatorship”, but the truth is that the country has been gradually reforming on the domestic political level during President Putin’s most recent term in office. The concept at play is one of responsibly attempting to manage change by delegating more responsibility to regional authorities and the population with the ultimate goal of embracing the trends of today’s seemingly chaotic world instead of stubbornly trying to resist them in vain. It’ll remain to be seen how successfully this model is implemented in practice, but it’s nevertheless visionary in every sense of the word. 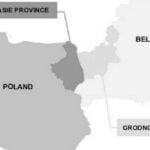 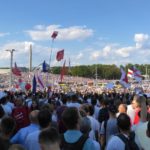 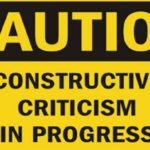 Constructive Criticisms of Russian Strategy, and in Particular Towards Belarus

Scenario Forecasting: Here's How Russia Could 'Pull a Crimea' in Belarus 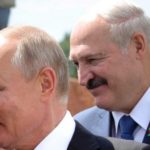 Russian-Belarusian Relations: Back to Being Brothers?
Opinion
PutinRussia