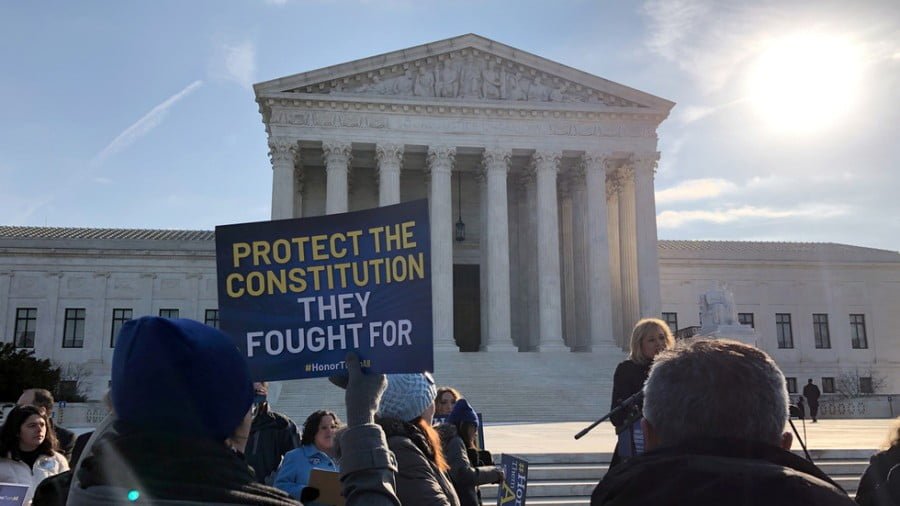 By washing its hands of responsibility to hear the Texas challenge to the 2020 presidential election, the nine Justices of the US Supreme Court may have sealed the country’s fate and made a kinetic civil war much more likely.

On Friday, the highest court in the land decided that Texas “lacked standing” to challenge the conduct of elections in Georgia, Michigan, Pennsylvania and Wisconsin under Article 3 of the US Constitution. Yet the article in question explicitly states that the SCOTUS will be the original jurisdiction in “Controversies between two or more States; – between a State and Citizens of another State; – between Citizens of different States,” among other things.

Contrary to media reports, Texas did not seek to “overturn” the election of Democrat Joe Biden. The motion filed by Attorney General Ken Paxton very explicitly called for the court to order the state legislatures thereof to seat the electors, as is their constitutional prerogative. Yes, those legislatures are majority Republican, but nothing guaranteed they would actually back President Donald Trump. After all, Georgia has a Republican governor and secretary of state, and both declared the election clean as a whistle, brushing off all evidence of alleged irregularities.

The very same media that brayed for the past four years about how the 2016 election was somehow tampered with by Russia – never offering any evidence for that – have declared the 2020 one pure as driven snow, the most secure in history, perfect in every way. In what was surely a massive coincidence, it even happened to exactly mirror the 2016 result, with Biden getting 306 electoral college votes to Trump’s 232.

The Silicon Valley tech giants, who in the run-up to the election censored and suppressed the story about Joe Biden’s family business deals overseas – that later turned out to be accurate – and slapped “disputed” warnings on Trump’s claims of electoral fraud the way they never did on ‘Russiagate,’ are now openly censoring any notion that 2020 wasn’t perfectly legal.

You’re now forbidden to say that. Soon you won’t be allowed to think it. In America, the country that invented the constitutional amendment guaranteeing the freedom of speech and thought!

Democrats and their allies in the media and Silicon Valley were eager to declare the Texas motion “seditious.” One influential House Democrat said any Republican backing the lawsuit was “engaging in rebellion against the United States” and should be stripped of their office under the 14th Amendment, originally written to justify disenfranchising the Confederates after 1865.

The irony here is that the Supreme Court could have actually prevented another civil war had it chosen to hear the Texas lawsuit, and then ruled against it on non-pretextual grounds. That, at least, would have sent the message to Trump supporters that the System works, and that they should continue to place their trust in it. There would always be the possibility of a rematch in the 2022 midterms or 2024.

Odds that the Nine would actually side with Texas and block the electors were always slim. The justices are notoriously allergic to rocking the boat – unless the case involves discovering ever-expanding constitutional protections discovered in “emanations and penumbras,” from abortion to Obamacare, that is. The court could have resorted to any of these mental gymnastics they have previously employed to legislate from the bench in an effort to reach some kind of Solomonic solution.

Instead, they literally abdicated their constitutional responsibility – and sent a message to 75 million Americans who voted for Trump that their votes don’t matter. Worse, that the System of government that supposedly made the US special, takes a back seat to the media, Big Tech and the consensus manufactured by people who tend to riot when they don’t get their way.

One can only guess as to how they reasoned. Perhaps that Republicans are law-abiding and won’t revolt – especially since much of the GOP has been more than willing to toss Trump overboard and return to its traditional role of the Democrats’ loyal opposition.

Maybe they remembered Jefferson’s words from the Declaration of Independence, that “all experience hath shewn, that mankind are more disposed to suffer, while evils are sufferable, than to right themselves by abolishing the forms to which they are accustomed.” Yet right after those words, Jefferson laid out the case for why the Americans of 1776 should do just that.

The Biden-Harris administration, now but inevitable, has said it wants to cancel Jefferson as a racist and “change” America in the name of “equity.” Part of that agenda is abolishing the Senate filibuster and “packing” the Supreme Court by appointing additional justices, to cancel the supposed conservative majority. Perhaps the Nine, including the trio appointed by Trump, figured that this decision would save them from being diluted that way?

As someone who (barely) lived through a civil war, I know a thing or two about not just how they’re fought, but also how they break out and why. The past month has made me realize that the US has actually been fighting one already, probably since just before Trump was elected. In keeping with the times, it has been fought in the legacy and social media, in the courts, in the ballot-counting back rooms, and even on the streets, but hasn’t quite gone “kinetic,” to borrow the Pentagon parlance.

Civil wars begin when a faction decides it can no longer pursue its goals through the political, legal or economic means, as they have all been foreclosed to them. Can anyone argue, with a straight face, that no Trump supporters feel like this?

Whether rightly or wrongly, they believe the election was stolen and that the people who did so got away with it. How likely are they to trust any election going forward? About as much as they trust the media, the corporations, or the courts right now.

The Supreme Court had a chance to defuse this ticking time bomb. Instead, they channeled Pontius Pilate and said “not our problem.” That’s how Bosnia happened. I hope and pray that doesn’t happen here, but fear that it shall.

Majority of refugees are in Turkey, Lebanon, Jordan, Iraq and Egypt

Islands off the coast of Greece and Italy are overwhelmed

Rise of xenophobia across the West 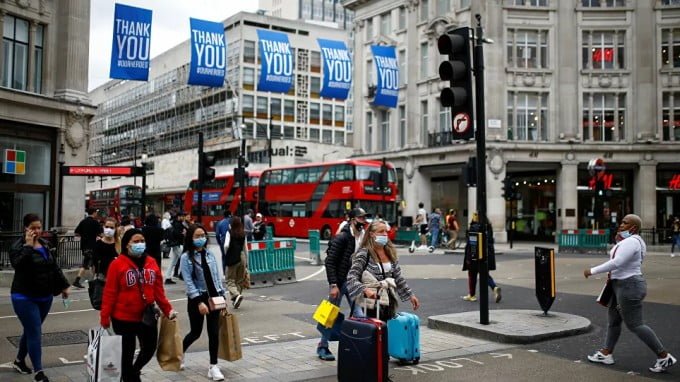 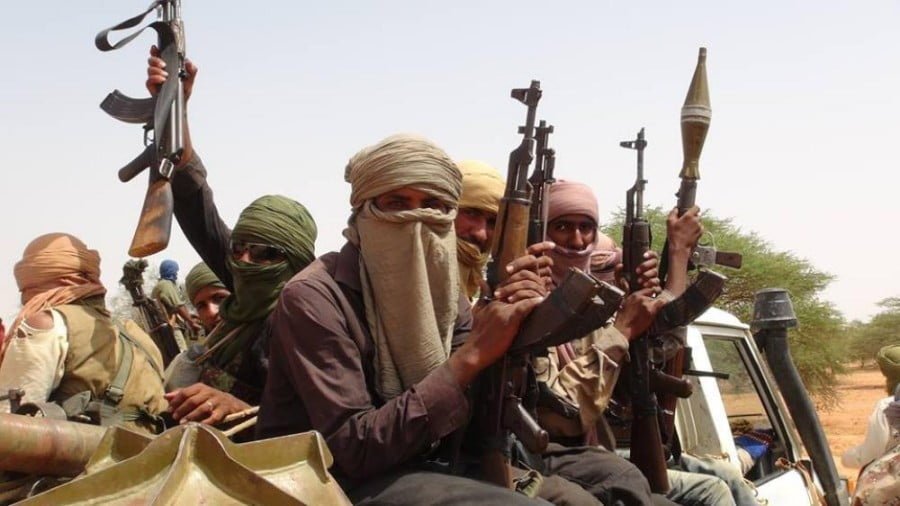 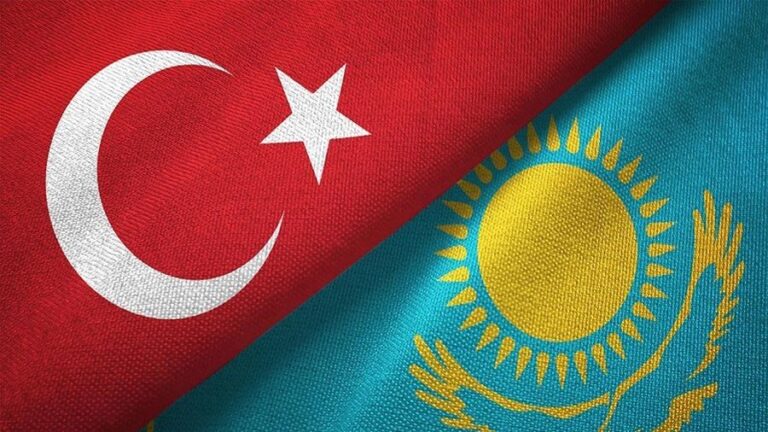