For almost 50 years, British journalist Robert Fisk single-handedly exposed the truth of the West’s wars. It’s only now he’s gone that shameful, kow-towing cowards have come out to try to smear a man who can no longer fight back.

I first fell in love with Robert Fisk’s journalism almost 40 years ago when he wore the unlikely guise of foreign correspondent for the London Times, nowadays – as it had been for centuries – the house journal of war and imperial adventure, but then playing host to that rarest of writers: unbribed, untwisted, and unguided by the missile projectors.

I had been in Beirut in 1982, with PLO Chairman Yasser Arafat, when the news came through from London that the Israeli Ambassador Shlomo Argov had been shot by the renegade terrorist Abu Nidal, who was based in Saddam Hussein’s Iraq. We both knew what would happen next. And while scarpering was the easy option for me, no such possibility existed for Arafat.

A massive Israeli invasion of Lebanon swiftly followed. It eventually, after stiff resistance (most memorably and ironically in the Crusader fortress of Beaufort Castle), smashed through the gates of the Arab capital city itself. The rest, the massacres at the Sabra and Chatilla refugee camps and all, is history.

During the siege of Beirut, Fisk introduced his readers, including me, to the use of white phosphorus by the Israeli forces. I remember almost verbatim decades later his description of how the phosphorus slowly cooked from the inside the child victims he was visiting in a Beirut hospital. Having inhaled it, it was a fire neither the victim nor the doctors could extinguish.

While the rest of the media prattled on about “terrorist targets” being attacked, Fisk, like me, knew what was actually being razed to the ground: the miserable refugee existence of generations of Palestinians marooned in camps many miles from their homes, in which foreigners now slept, waking to pick the oranges from their trees.

I had no voice then, but Fisk did, and he used it courageously, shaming most of his journalistic colleagues by so doing.

I followed Fisk to the Independent, then the great hope of those seeking, well, independent journalism. That hope didn’t last long. The Indy became just like all the rest, before being bought (then partially sold) by a former spy of the KGB in London and becoming a small, discredited website with few readers.

But we always had Fisk.

In time, I too had a voice, and spent a lot of time in Beirut (too much), but I never crossed paths with him despite jogging past his seaside apartment a thousand times. But I never failed to read his work. In war after war after war, he shone the light of reason through the fog of Western propaganda, mainly in wars against the Arabs, but in Yugoslavia, too. Fisk stood out not just because of his own stature, but because of the flatness of the surrounding landscape.

Not since the US war on Vietnam – with the likes of Seymour Hersh and John Pilger – had the mainstream media given a platform to such a forensic critic of imperial wars. And, moreover, one like Fisk, whose prose was purple indeed, capable of moving the reader’s sensibilities dramatically.

That made him a dangerous man.

Such was his stature, his awards and accolades, Fisk was bullet-proof from the hitmen of the brigade of stenographers who, in the last 20 years, have become the masked ranks of the Propaganda Army of Empire. Whilst alive, they preferred to ignore Fisk rather than confront him. A ploy made easier by the drift of the Independent newspaper to the margins.

Neither could they avoid the panegyrics of the inevitable eulogies which accompanied his death last month at the age of 74.

And so they bided their time. For a short while. This week a blizzard of cowardly abuse has swept the media landscape. Fisk was apparently “a fraud,” a “fake” who “couldn’t speak Arabic,” “a propagandist” (particularly rich, that one), and “a falsifier.”

Somebody has clearly taken the initiative, and integrity has become the first casualty.

The proximate cause of the reburial in unconsecrated ground of Robert Fisk is, of course, his virtually lone debunking of Douma, the unmasking of the White Helmets as the ambulance brigade of Al Qaeda, and the exposure of the oceanic lie-machine mustered (and paid for by unsuspecting taxpayers, as the recent Anonymous dump showed) by the Western gang that couldn’t shoot straight in Syria.

What else did Fisk write about to upset them? The failure of the West’s gigantic operation – military, political, financial, diplomatic and propaganda – to overthrow the Syrian President Bashar Al-Assad. The defeat by the Syrian Arab Army (and its legal international allies) of one of the worst, most murderous hordes to invade a country since Genghis Khan. The humiliation of the Western powers (and their Gulf satrapies), and the enormous boost to the prestige of Russia produced by that failure, cannot easily be forgotten. Not since Vietnam has there been such a defeat as this for the Empire.

Bashar did not “go,” he prevailed. As did Robert Fisk, for more than 40 years. The attempted trashing of his memory is all these pathetic losers have left. If you look closely, you can see their bitter tears of failure on the pages of their invective. Not one of these would-be literary assassins is a household name, nor ever will be. While Robert Fisk has written his name in the stars. It’s all too much for the chicken-hawk liberals to bear… 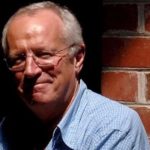 Lies, Damned Lies and the Mainstream Media - Don't Be Fooled