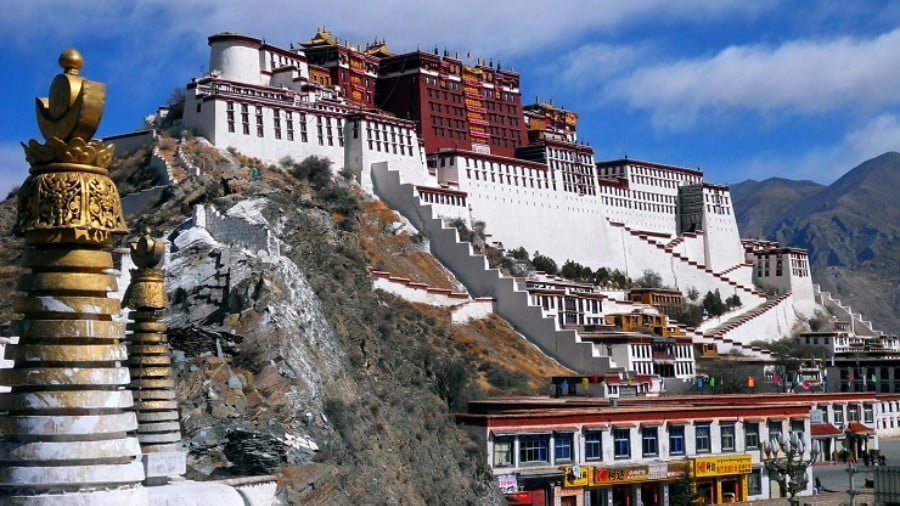 The US Congress has recently passed the so-called Tibetan Policy and Support Act (TPSA) – slipped into a COVID-19 relief package and a 1.4 trillion dollar government spending bill, US State Department-funded Voice of America reported in their article, “US Congress Passes Landmark Bill in Support of Tibet.”

The US Congress on Monday passed a bill that is expected to upgrade US support for Tibetans in key areas, including sanctioning Chinese officials if they try to appoint the next Dalai Lama.

VOA would also report that:

It will pave the way for the US government to issue economic and visa sanctions against any Chinese officials who interfere with the succession of the Dalai Lama, and will require China to allow Washington to establish a consulate in Lhasa — the capital of the Tibet Autonomous Region – before Beijing can open any more consulates in the US.

VOA quoted the exiled “Central Tibetan Administration” (CTA) – who commended the US move. Little was mentioned about how problematic this US support was for an exiled political movement that cannot and does not represent the actual people living inside China’s Tibet Autonomous Region.

The bill is a blatant act of US interference in China’s internal affairs – and the continuation of over half a century of such interference by the US in Tibet in particular.

This most recent move by Washington adds to a long and sordid history of meddling in Tibet, China.

The US State Department’s own Office of the Historian includes in its online collection a 1968 document titled, “Memorandum for the 303 Committee,” with the subject noted as, “Status Report on Tibetan Operations.”

It discusses “the CIA Tibetan program, parts of which were initiated in 1956,” which includes, “political action, propaganda, paramilitary and intelligence operations.” The document mentions the Dalai Lama and commitments made to him by the US Central Intelligence Agency (CIA).

It also discusses a “nucleus of new young leaders” as well as “widespread sympathy for the Tibetan cause,” all deliberately engineered results of the US government’s deep investment in Tibetan separatism.

The document also admits to – even then – a full spectrum propaganda campaign pushing for Tibetan independence.

In the political action and propaganda field, Tibetan program objectives are aimed toward lessening the influence and capabilities of the Chinese regime through support, among Tibetans and among foreign nations, of the concept of an autonomous Tibet under the leadership of the Dalai Lama; toward the creation of a capability for resistance against possible political developments inside Tibet; and the containment of Chinese Communist expansion—in pursuance of US policy objectives stated initially in NSC 5913/1.2 [6 lines of source text not declassified].

And that is precisely what the US government has been doing ever since – for decades – manifesting itself most recently in the form of the “Tibetan Policy and Support Act.”

The US National Endowment for Democracy – created by the US government in the 1980s, funded annually by US Congress, and overseen jointly by the US Congress and the US State Department – lists at least 17 programs it is funding regarding Tibet.

They include groups like the “International Tibet Independence Movement” and  “Students for a Free Tibet” – two organizations openly promoting separatism regarding China’s Tibet Autonomous Region.

Other programs – like “Empowering a New Generation of Tibetan Leaders” and “Campaigning and Leadership Training” – are direct continuations of programs described in documents archived by the US State Department’s Office of the Historian, carried out by the CIA in the 1950s and 1960s.

The fact that the US NED is now carrying out the work previously and admittedly carried out by the CIA regarding Tibet lends further credibility to claims by critics of the US government’s foreign policy like William Blum who noted that the whole purpose of the NED was to “do somewhat overtly what the CIA had been doing covertly for decades, and thus, hopefully, eliminate the stigma associated with CIA covert activities.”

US interference in Tibet is just one part of a much wider strategy by Washington of containment, provocation, encirclement, and the undermining of China both within Chinese territory and surrounding it.

Various US-sponsored color revolutions continue to brew within the borders of close allies of China – including across Southeast Asia – and in nations like Thailand in particular. “Pro-democracy” protesters in Bangkok’s streets had in recent weeks become increasingly anti-Chinese in nature – openly linking themselves to opposition groups in Hong Kong and regularly flying the separatist flags of both Tibet and Xinjiang’s Uyghur extremists.

Tying it all together is the US State Department’s meddling all along South East Asia’s Mekong River which actually originates in Tibet. VOA’s article even mentions this, stating:

The scale and interwoven nature of Washington’s anti-Chinese campaign – thus – is not confined to a sole point of pressure in Tibet. Tibet is just one of many interconnected pressure points the US is using against China. As China reacts – the US and its still large and capable media network portrays this reaction as “aggression” and even “expansion” – omitting any mention of Washington’s initial and continuous provocations.

China’s control over Tibet – a region that has been under Chinese control on-and-off for centuries – has never been as strong as it is now. Its drive to develop the region in unprecedented socioeconomic ways almost entirely ensures that the notion of an “independent” Tibet is but a fading fiction clung to in the halls of Washington and in the offices of separatist Tibetan organizations based in Washington DC.

Washington’s insistence in continuing to chase a failed foreign policy – regardless of its massive scale -will only further undermine its credibility upon the global stage, isolate it politically and perhaps even economically as it attempts to enforce a new round of “sanctions” against China regarding Tibet, and even risks escalating the threat of conflict with China itself.

The question remains whether Washington’s hard and soft political power can truly compete with China’s brand of international relations focused instead on economic trade, infrastructure projects, and the sale of military hardware minus the entangling political subordination required by Washington in order to do business. 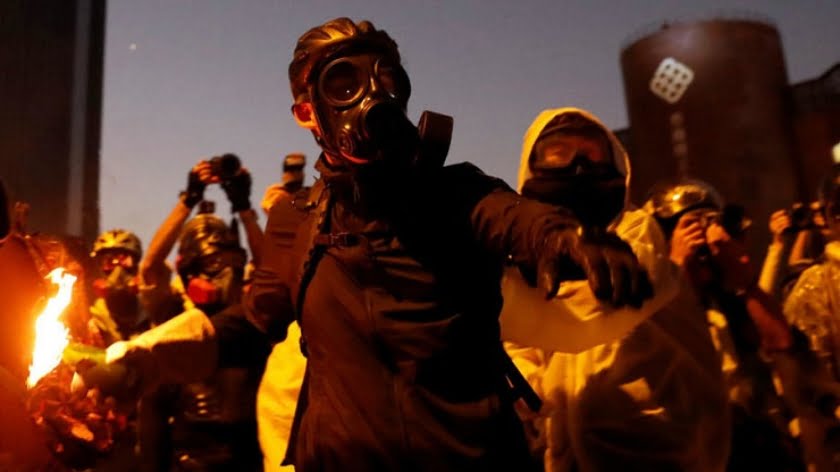 It is amazing how easily, without resistance, the Western empire is managing to destroy “rebellious” countries that are standing in its way. I work in all corners of the planet, wherever Kafkaesque “conflicts” get ignited by Washington, London or Paris. What I see and describe are not only those horrors which are taking place all… 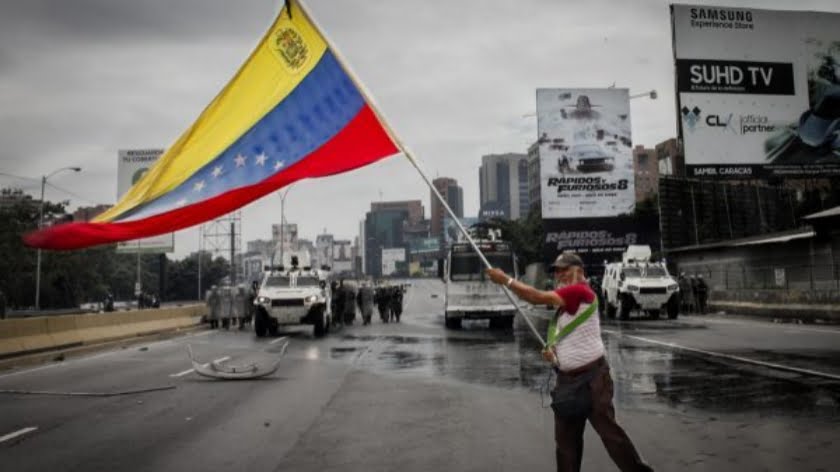 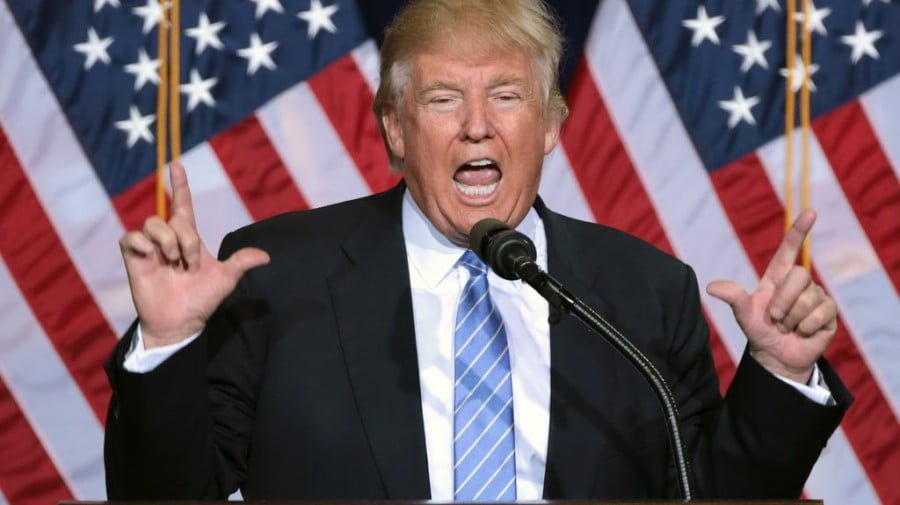 It’s long been suspected that the actress willingly promotes CIA psy-op narratives in her films, but this time new leaks allege that Angelina Jolie had also at one time considered being the Pentagon’s “bait” to “catch Kony”, which draws into question the true motivation of other celebrities’ foreign policy forays such as Dennis Rodman’s “friendship”…