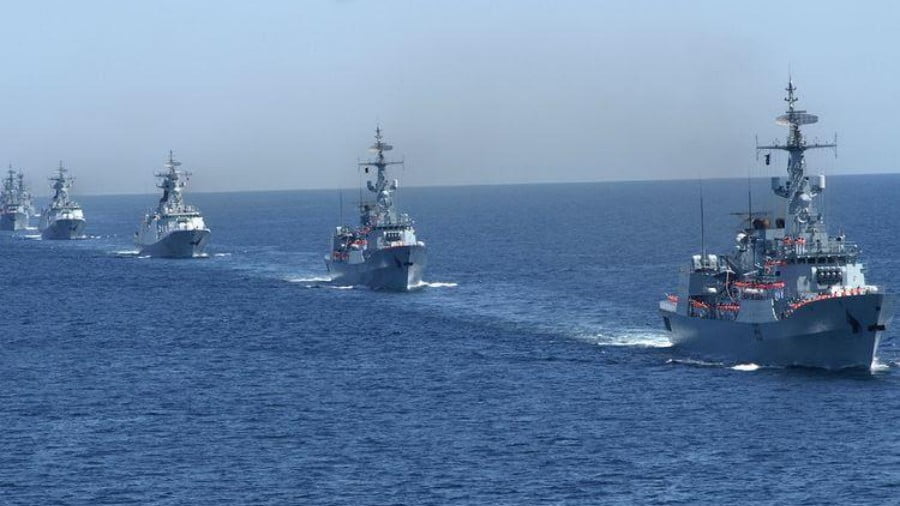 The AMAN-21 naval exercise, the biennial event hosted by Pakistani Navy since 2007, in Karachi and the Arabian Sea from February 11-16 draws special attention. As many as 45 navies are reportedly participating, which makes AMAN probably the biggest event of its kind in the Indian Ocean or anywhere. Not only that, the participants include the US, UK, Turkey, Russia, China, Japan, Malaysia, Indonesia, Japan, Bangladesh, Sri Lanka and some unnamed countries from East Africa.

In a world torn apart like at no time since World War 2, the US and Russia, the US and China and China and Japan are rubbing shoulders under the Pakistani canopy. Russia’s participation in AMAN is another novelty. Russia is having a military exercise with the NATO member countries for the first time in a decade. Without doubt, Pakistan’s growing diplomatic clout as a regional power is on spectacular display.

Clearly, India’s campaign to isolate Pakistan is not taken seriously by the international community. India’s Pakistan policy seems to have landed in a cul-de-sac. It lacks credibility and has no future. A course correction is overdue.

AMAN-21 makes a mockery of India’s aspiration to be a “net security provider” for littoral states in the Indian Ocean. The participation of Bangladesh and Sri Lanka in AMAN-21 speaks for itself. Comparison will be drawn, inevitably, with the first-ever first ever Indian Ocean Region (IOR) defence ministers conference on February 4 at Bengaluru, which was poorly attended. Only Maldives, Iran and Seychelles were represented at ministerial level.

Evidently, there aren’t many takers in the IOR for India’s self-appointed leadership role. On the other hand, the militarisation of the Indian Ocean has resulted in a new reality: Maritime security challenges in IOR have acquired international dimensions.

The Trump administration’s expansion of the Area of Responsibility of the US Indo-Pacific Command to include the Indian Ocean waters within its fold has proved, in retrospect, a defining moment. The growing perception is that the US, which has limited presence in East Africa, would be depending on India to ensure freedom of navigation in the Indian Ocean and to counter the Chinese Navy’s growing presence in the region.

India, in turn, is having back-to-back dealings also with the navies of France and the UK, NATO members, as well as Japan, a new kid on the block in the IOR, and the UAE and Bahrain, the US’s surrogates in the Persian Gulf. Much is happening beneath the radar such as a reported US-Indian exercise in Diego Garcia on “submarine hunting”. But India’s diplomatic thrust toward Seychelles, Madagascar and Comoros is drawing international attention to the rapidly growing militarisation of the Indian Ocean.

Curiously, the US legislation defined “Western Indian Ocean” as the “area in the Indian Ocean extending from the west coast of India to the east coast of Africa,” which subsumes countries along the entire east Africa belt and Iran and Pakistan.

Indian strategists are delighted that the Pentagon is developing a Western Indian Ocean version of the Indo-Pacific concept incorporating the Arabian Sea, Persian Gulf and Africa that envisages India as the linchpin. It seems India has begun working on it diligently, as evident from the External Affairs Minister S. Jaishankar’s recent regional tour of Bahrain, the UAE and Seychelles. The Indian strategic concerns appear to be two fold: China’s growing naval presence in IOR and Pakistan’s expanding submarine fleet.

Of course, the militarisation of the Indian Ocean is in direct violation of the United Nations General Assembly Resolution 2832 dated 16th December 1971 which designated the Indian Ocean as a “zone of peace” and called upon the great powers to halt further escalation of military presence including bases, installations and logistic/supply facilities.

The Resolution 2832, which was sponsored by Sri Lanka, guaranteed that warships and military aircraft would not use the Indian Ocean for any threat or use of force; the right to free and unimpeded use of the zone by the vessels of all nations; and, an international agreement would be reached for the maintenance of the Indian Ocean as a zone of peace.

Without doubt, Washington’s definition of Western Indian Ocean is tantamount to imposition by an extra-regional power, which fundamentally violates various United Nations resolutions and encourages a conventional-cum-nuclear build-up in the high seas. India should have had nothing to do with it.

Looking ahead, India’s quasi-alliance with the US and other NATO powers will not have acceptability in the Indian Ocean region, especially Iran and Pakistan. It is easily predictable that Russia and China will also push back. In 2019, Russia and China held a joint naval exercise with South Africa and Iran respectively. Another Russia-China-Iran naval exercise is due on the Northern Indian Ocean later this month.

Tehran’s gravitation toward China and its support for the Belt and Road Initiative (BRI) also fall into perspective. It is a matter of time before Iran’s interests will converge with Pakistan and China’s via the BRI pivot. (Pakistan was invited originally to the Iran-Russia-China naval exercise in 2019.)

In the backdrop of AMAN-21, in an interview with the Chinese newspaper Global Times, Pakistani navy chief Admiral M Amjad Khan Niazi said, “Pakistan finds itself in the midst of a complex geopolitical and geo-economic competition prevailing in the region. Pakistan’s maritime security is intertwined with the maritime environment in the Indian Ocean region which is rapidly transforming… India, with an expansionist mindset, is destabilising the region by actions that could imperil regional security.”

Admiral Niazi added that the Pakistani and Chinese Navies “with their longstanding and expanding cooperation can play an important role in maintaining good order at sea. The PLA Navy’s presence in the Indian Ocean region is thus an important element in maintaining the regional balance of power and promoting maritime security.”

He hinted that Gwadar Port, which will serve as “the lynchpin of the CPEC” (China-Pakistan Economic Corridor) may receive Chinese warships. The admiral took note: “Pakistan maintains close and ever-growing ties with China which has been one of the most steadfast and reliable partners for peace in the region… PLA Navy now operates two aircraft carriers. The PN would like to conduct an exercise with these carriers whenever an opportunity arises… PN would continue to welcome further visits by PLA Navy ships, including aircraft carriers.”

Even India’s time-tested friend Russia must be nodding disapprovingly. Russia recently announced the setting up of a naval base in Sudan, presumably to service its nuclear-powered submarines deployed to the “Western Indian Ocean”. Russia has discussed with Myanmar a regime to facilitate regular visits of its warships to the Bay of Bengal (which is, by the way, likely to be a major transportation route for China) against the backdrop of India providing access for the US to its bases in the Andamans and Nicobar.

To be sure, the audacious Indian trajectory on the pretext of “maritime security” is going to isolate it in the region. How a tie-up with the western powers, which are keen to tap into the emergent Asian Century, would serve India’s long-term interests is beyond comprehension. Do not rule out the US’ “Suez moment” in a conceivable future.

India cannot choose its geography and devise regional strategies to dovetail into the Western Indian Ocean hypothesis conceived in the Pentagon. India lives in its region and the accent should be to sort out its differences with Pakistan and China rather than piggy riding the NATO powers to counter China in IOR or to blockade Pakistan’s Makran coast. 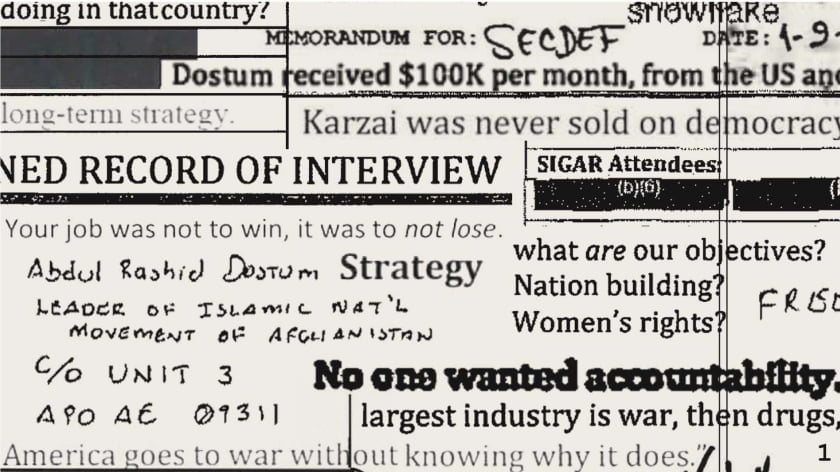 Afghanistan is a famous desert for empires, a burial ground which has consumed those in power who thought that extra fortification and trading most might benefit them. It remains a great, and somewhat savage reminder about those who suffer hubris, overconfidence and eagerness in pursuing their agendas. But the country has also served another purpose:… 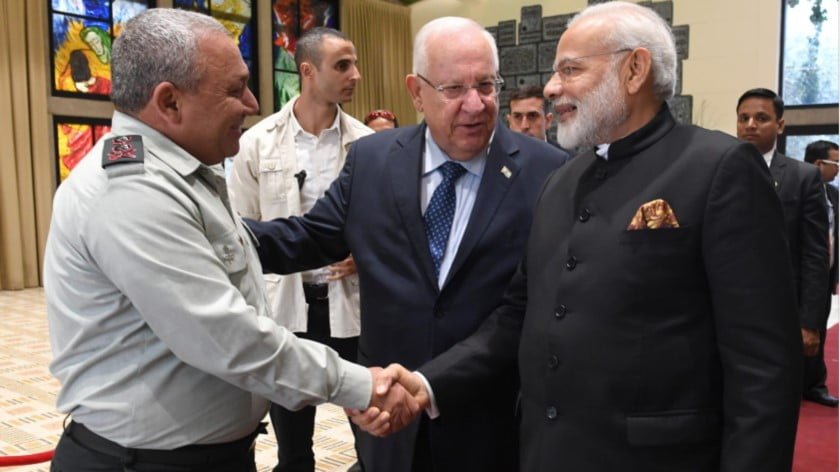 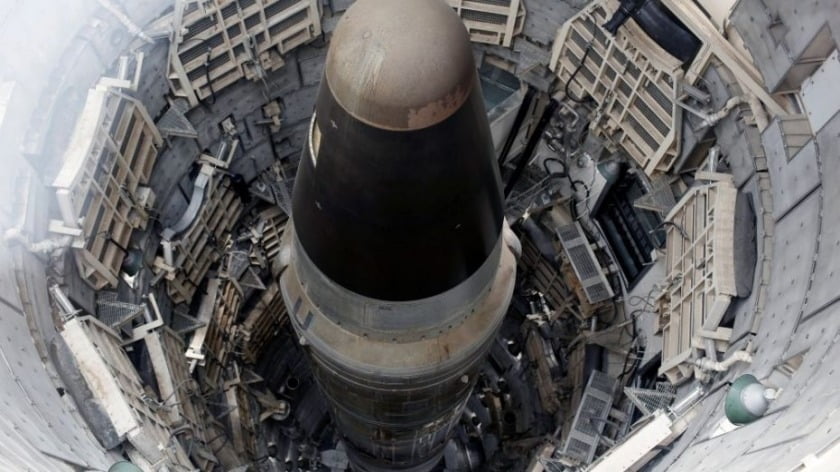 Another one bites the dust. In less two years, President Donald Trump has now binned three major arms-control treaties – quite a record for undermining decades of international security architecture. First there was the nuclear accord with Iran (2018), then the Intermediate-range Nuclear Forces treaty (2019), and now the Open Skies Treaty. There is growing… 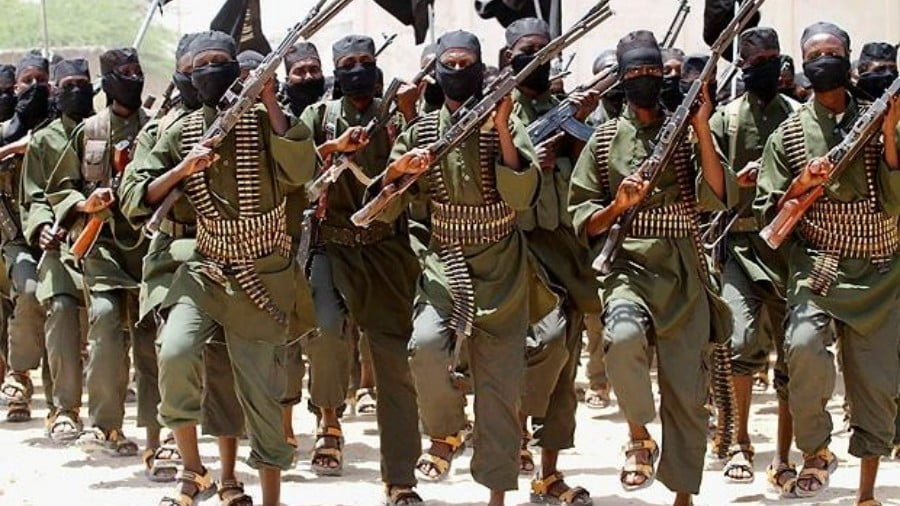