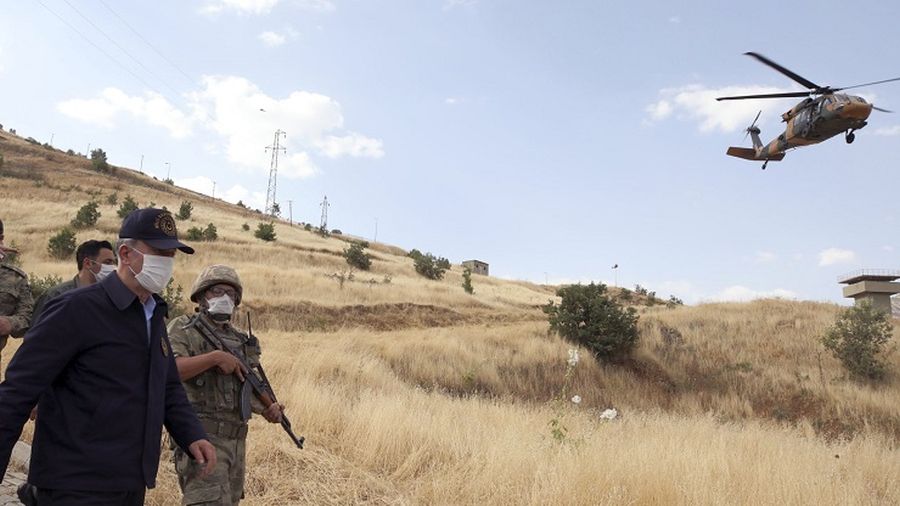 Turkey and Iran, whose cooperation and potential conflict are closely intertwined despite the occasional disagreement and contradictory views on world events, are still trying to maintain a complex balance between themselves to prevent a significant escalation of tension. Indeed, any shift in the balance of power between these two critical poles in the Middle East could considerably exacerbate instability in an already very complex region.

The geostrategic rivalry between Turkey and Iran, with the two practically mirroring each other, has ancient roots and has been shaped by long-term processes and changes in the balance of power in the region and the world. Because of their geographical proximity, they very often chose a common direction in their political aspirations, although they rarely agreed with each other. Under the influence of Persian culture, Turks turned towards the West and acquired their political and religious values. Iran was home to many Turks. Historically, Persia was ruled by Turkic dynasties such as the Safavids and Qajars – from the 16th century when they embraced Twelver Shi’ism up to the Pahlavi dynasty in the 20th century.

Iran, which positions itself as the leader of the Shiite world and the successor of the First Persian Empire, largely overlaps with the interests of the Turkish government and, although it is not engaged in confrontation, it tries to oppose the neo-Ottoman, pan-Turkic foreign policy of Ankara.

Although Turkey and Iran continued to compete religiously and politically in the region, the two countries, even in the face of international sanctions against Iran that prevented it from entering many markets worldwide, have long managed to develop their trade and energy relations. Their volumes were on the rise until 2018 when Turkey’s purchases of Iranian oil and Iran’s imports of Turkish products were cut due to US President Donald Trump’s tightening of sanctions on the Islamic Republic.  Although the level of economic ties seen before 2018 has not yet been achieved following the change of administration in the White House, it is still likely that Iran will continue to be the leading energy supplier to Turkey, while due to geographic proximity and low transportation costs, Turkish goods will continue to occupy a significant share of the Iranian market.

An essential unifying factor for both countries has always been the joint competition with Riyadh for influence in the Middle East. Since the Islamic Revolution of 1979, Saudi Arabia has considered Iran its mortal enemy. As for Turkey, it has in recent years become particularly active in challenging Saudi Arabia’s quest for supremacy in the Arab world as part of its neo-Ottoman policy, which proclaims Turkey as the natural leader of Sunni countries. This process was evident during the Riyadh-initiated boycott of Qatar, in which Ankara supported Doha by beginning to airlift supplies and troops to it to neutralize the threat it faced from Saudi Arabia and its allies.

Besides, Ankara and Tehran have the same opposition to the Kurdish separatism that threatens the territorial integrity of both republics. In that connection, the countries have reached a tacit agreement to fight against the common enemy, Kurdistan Workers’ Party (PKK), and its Iranian wing, the Kurdistan Free Life Party.

Nevertheless, political conflicts periodically arise between the countries, even though they manage to resolve them without further serious consequences. For example, one of them erupted in early December 2015, when information about a phone conversation between Erdoğan and his then Iranian counterpart Rouhani hit the media. The Turkish President allegedly called the situation unacceptable when Iranian news agencies and some politicians accused Erdoğan’s family of having links with the Islamic State (banned in Russia) and trading the oil these militants supplied. With their heightened sense of national pride, Iranians always painfully perceived any demands and remarks by foreigners. So, on December 4, Iranian Foreign Ministry spokesman Hossein Jaber Ansari called on Turkey to be respectful, “to refrain from adventures and take responsibility for the chosen political position.”

Tensions between Turkey and Iran increased significantly at the end of 2020 because of Azerbaijan. Then, during his official visit to Baku on December 10, at the celebration of Azerbaijan’s victory over Armenia in Nagorno-Karabakh, Turkish President Recep Tayyip Erdoğan recited a poem by Azerbaijani poet Bakhtiyar Vahabzadeh. Afterward, Iranian Foreign Minister Mohammad Javad Zarif said on Twitter that the poem “refers to the violent separation of areas north of Aras from Iranian motherland.”

In February of this year, there was a new diplomatic conflict between Turkey and Iran, which flared up against the background of the operation of Turkish troops in northern Iraq against units of the Kurdistan Workers’ Party. In particular, Iranian Foreign Minister Mohammad Javad Zarif said in an interview with Iran’s Press TV channel on February 22: “We reject the Turkish military presence in Syria and Iraq, and we consider Ankara’s policies towards Damascus and Baghdad to be wrong.” The Iraqi government also practically spoke out against Turkey. In response, the Iranian Ambassador to Ankara, Mohammad Farazmand, was summoned to the Turkish Foreign Ministry and was told, “Ankara expects Iran to support, not oppose, Turkey’s fight against terrorism.” Previously, in mid-February, the Iranian-backed Shiite group Harakat Hezbollah al-Nujaba, part of the paramilitary Popular Mobilization Force (Al-Hashd al-Shaabi, created in 2014 with Tehran’s support to fight the Russian-banned terrorist group Islamic State) threatened to attack the Turkish military for invading Iraqi territory.

Therefore, the visit of Turkish Foreign Minister Mevlüt Çavuşoğlu to Tehran on November 14 attracted the international public’s attention quite rightly. Iranian Foreign Minister Hossein Amir Abdollahian announced after talks with his Turkish counterpart Mevlüt Çavuşoğlu that Tehran and Ankara have agreed on a road map for long-term cooperation. The parties touched on the topic of Afghanistan, the revival of the 2015 nuclear deal. In the dialogue, among other things, the topic of Transcaucasia was raised. The sides agreed that Turkey, Iran, and Azerbaijan’s national and religious ties should not allow “some foreign forces” to cloud their relations.

At the same time, it was announced that the bilateral roadmap developed at the ministerial meeting would be signed during the upcoming visit of Turkish President Recep Tayyip Erdoğan to Iran.  Iranian Foreign Minister Hossein Amir Abdollahian explained that the document envisages cooperation in several areas – trade, economic, energy, consular activities, and border security.

At a joint press conference in Tehran following the meeting between the two countries’ foreign ministers, Mevlüt Çavuşoğlu declared Turkey’s interest in cooperation with Iran in the “3+3” format (Azerbaijan, Georgia, Armenia, Turkey, Iran, and Russia). The Turkish foreign minister said Turkey and Iran could make active efforts to solve the problems in the region. “This applies not only to Syria but also to our neighbor Iraq. In addition, there are processes in the Persian Gulf and Yemen,” said Çavuşoğlu.

Despite all the differences and disagreements, there are several good reasons why Ankara and Tehran should look for opportunities to cooperate. The Syrian crisis has pitted Iran and Turkey against each other and forced them to act against each other, but one day this conflict will be resolved, and both countries will face and are already facing common threats. Therefore, they need to work out the parameters of cooperation now to counter the three major threats. This is primarily Kurdish separatism. Besides, the recent aggravation of the Armenian-Azerbaijani conflict carries risks for Turkish energy projects and Iran’s internal security, given the large number of Azerbaijanis living on its territory. In addition, extremism is a common threat that requires a united effort. A more sensible choice for Iran and Turkey could be to fight terrorism as a long-term strategy and maintain the traditional balance of Sunni-Shiite forces in the region. This would help stabilize a fragmented region. 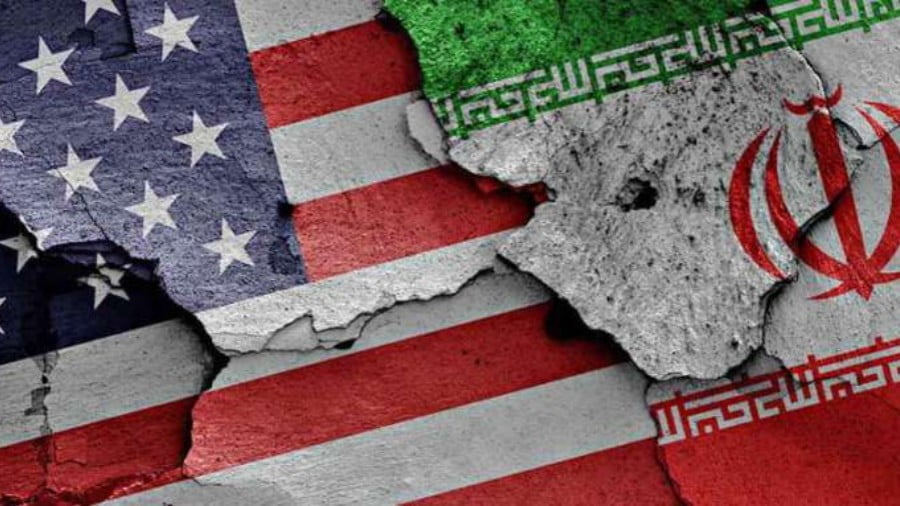 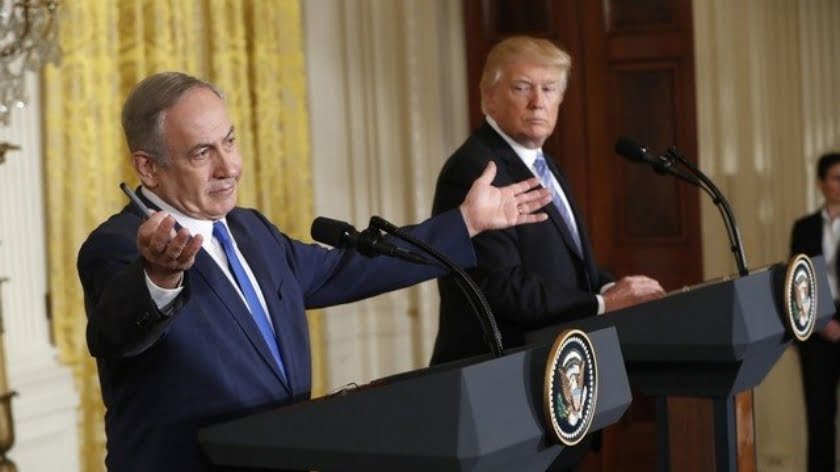 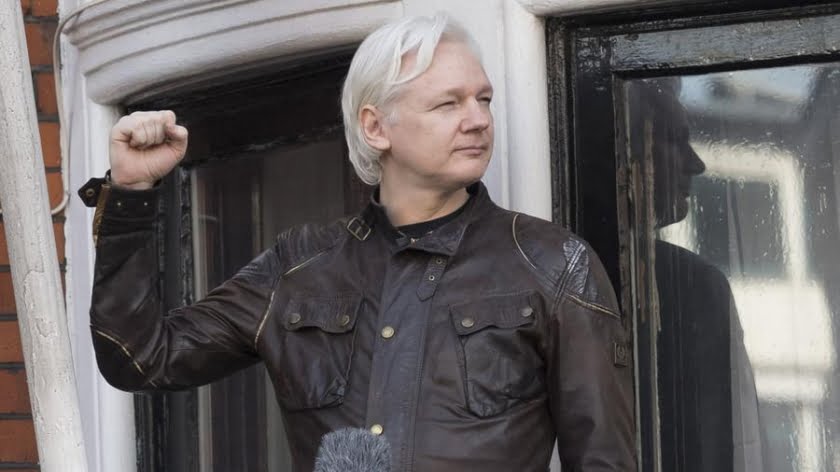 The date – April 11, 2019 – will live in infamy in the annals of Western “values” and “freedom of expression.” The image is stark. A handcuffed journalist and publisher dragged out by force from the inside of an embassy, clutching a Gore Vidal book on the History of the US National Security State. The mechanism… 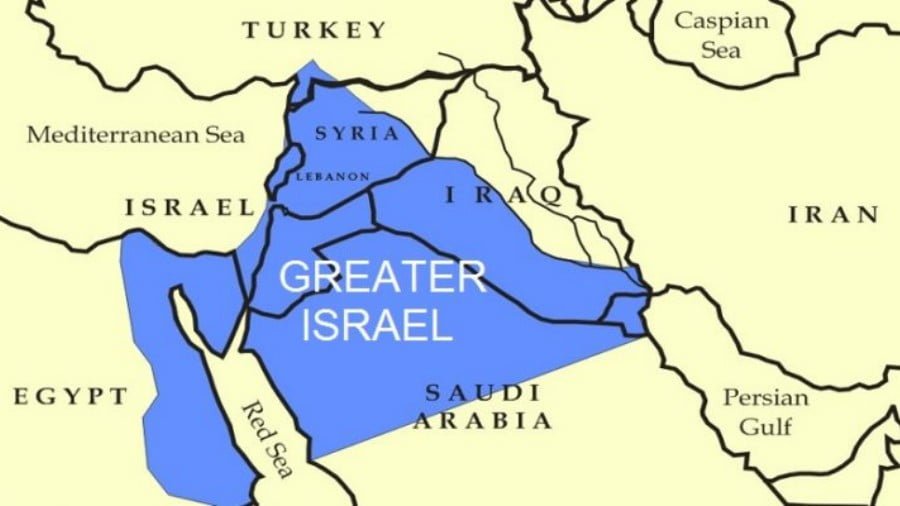 “History will not be kind when it judges the effectiveness of this councilin relieving the suffering of the Syrian people”. — Nikki Haley- US UN Ambassador, lecturing the UN Security Council Poor Nikki Haley is stomping around red-faced at the UN trying to convince member countries that Syria and Russia are the bad guys in… 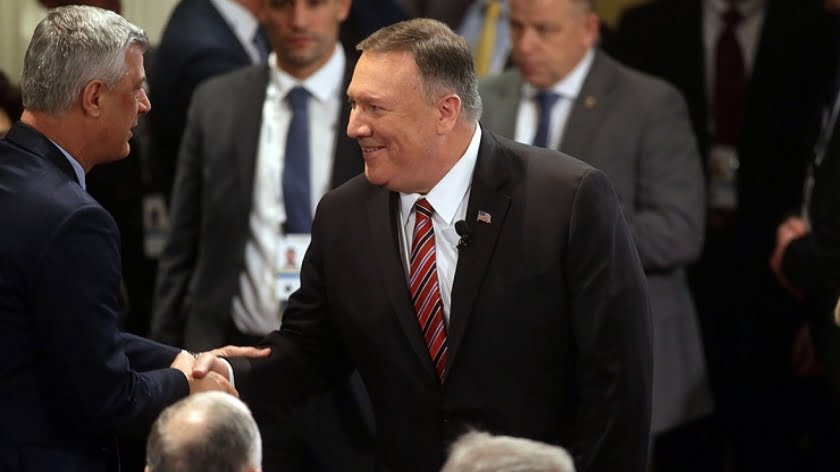