Submitted by Tyler Durden:
On Tuesday evening, we asked what would happen if emerging markets joined China in dumping US Treasurys. For months we’ve documented the PBoC’s liquidation of its vast stack of US paper. Back in July for instance, we noted that China had dumped a record $143 billion in US Treasurys in three months via Belgium, leaving Goldman speechless for once.
We followed all of this up this week by noting that thanks to the new FX regime (which, in theory anyway, should have required less intervention), China has likely sold somewhere on the order of $100 billion in US Treasurys in the past two weeks alone in open FX ops to steady the yuan. Put simply, as part of China’s devaluation and subsequent attempts to contain said devaluation, China has been purging an epic amount of Treasurys.
But even as the cat was out of the bag for readers and even as, to mix colorful escape metaphors, the genie has been out of the bottle since mid-August for China which, thanks to a steadfast refusal to just float the yuan and be done with it, will have to continue selling USTs by the hundreds of billions, the world at large was slow to wake up to what China’s FX interventions actually implied until Wednesday when two things happened: i) Bloomberg, citing fixed income desks in New York, noted “substantial selling pressure” in long-term USTs emanating from somebody in the “Far East”, and ii) Bill Gross asked, in a tweet, if China was selling Treasurys.
Sure enough, on Thursday we got confirmation of what we’ve been detailing exhaustively for months. Here’s Bloomberg:

China has cut its holdings of U.S. Treasuries this month to raise dollars needed to support the yuan in the wake of a shock devaluation two weeks ago, according to people familiar with the matter.

Channels for such transactions include China selling directly, as well as through agents in Belgium and Switzerland, said one of the people, who declined to be identified as the information isn’t public. China has communicated with U.S. authorities about the sales,said another person. They didn’t reveal the size of the disposals.

The latest available Treasury data and estimates by strategists suggest that China controls $1.48 trillion of U.S. government debt, according to data compiled by Bloomberg. That includes about $200 billion held through Belgium, which Nomura Holdings Inc. says is home to Chinese custodial accounts.

The PBOC has sold at least $106 billion of reserve assets in the last two weeks, including Treasuries, according to an estimate from Societe Generale SA. The figure was based on the bank’s calculation of how much liquidity will be added to China’s financial system through Tuesday’s reduction of interest rates and lenders’ reserve-requirement ratios. The assumption is that the central bank aims to replenish the funds it drained when it bought yuan to stabilize the currency.

Now that what has been glaringly obvious for at least six months has been given the official mainstream stamp of fact-based approval, the all-clear has been given for rampant speculation on what exactly this means for US monetary policy. Here’s Bloomberg again:

China selling Treasuries is “not a surprise, but possibly something which people haven’t fully priced in,” said Owen Callan, a Dublin-based fixed-income strategist at Cantor Fitzgerald LP.“It would change the outlook on Treasuries quite a bit if you started to price in a fairly large liquidation of their reserves over the next six months or so as they manage the yuan to whatever level they have in mind.”

“By selling Treasuries to defend the renminbi, they’re preventing Treasury yields from going lower despite the fact that we’ve seen a sharp drop in the stock market,” David Woo, head of global rates and currencies research at Bank of America Corp., said on Bloomberg Television on Wednesday. “China has a direct impact on global markets through U.S. rates.”

As we discussed on Wednesday evening, we do, thanks to a review of the extant academic literature undertaken by Citi, have an idea of what foreign FX reserve liquidation means for USTs. “Suppose EM and developing countries, which hold $5491 bn in reserves, reduce holdings by 10% over one year – this amounts to 3.07% of US GDP and means 10yr Treasury yields rates rise by a mammoth 108bp ,” Citi said, in a note dated earlier this week.
In other words, for every $500 billion in liquidated Chinese FX reserves, there’s an attendant 108bps worth of upward pressure on the 10Y. Bear in mind here that thanks to the threat of a looming Fed rate hike and a litany of other factors including plunging commodity prices and idiosyncratic political risks, EM currencies are in free fall which means that it’s not just China that’s in the process of liquidating USD assets.

The clear takeaway is that there’s a substantial amount of upward pressure building for UST yields and that is a decisively undesirable situation for the Fed to find itself in going into September. On Wednesday we summed the situation up as follows: “one of the catalysts for the EM outflows is the looming Fed hike which, when taken together with the above, means that if the FOMC raises rates, they will almost surely accelerate the pressure on EM, triggering further FX reserve drawdowns (i.e. UST dumping), resulting in substantial upward pressure on yields and prompting an immediate policy reversal and perhaps even QE4.”
Well now that China’s UST liquidation frenzy has reached a pace where it could no longer be swept under the rug and/or played down as inconsequential, and now that Bill Dudley has officially opened the door for “additional quantitative easing”, it would appear that the only way to prevent China and EM UST liquidation from, as Citi puts it, “choking off the US housing market,” and exerting a kind of forced tightening via the UST transmission channel, will be for the FOMC to usher in QE4.

A ransomware virus is reported to be spreading aggressively around the globe, with over 50,000 computers having been targeted. The virus infects computer files and then demands money to unblock them. An increase in activity of the malware was noticed starting from 8am CET (07:00 GMT) Friday, security software company Avast reported, adding that it…

Previously, we have mentioned that various international forums, which were initially associated with serious positive expectations, have today turned mainly into political vanity fairs. In assessing the peculiarities of the modern global game, these events are not of interest in and of themselves, but in the way the main players behave during these events: participants… 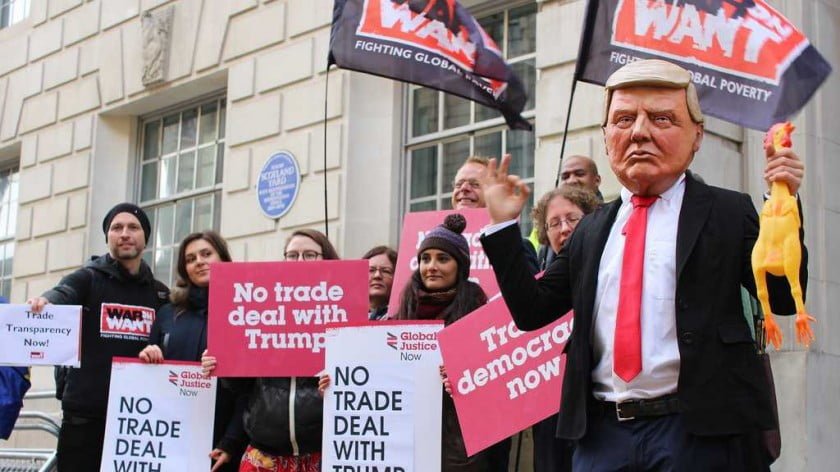 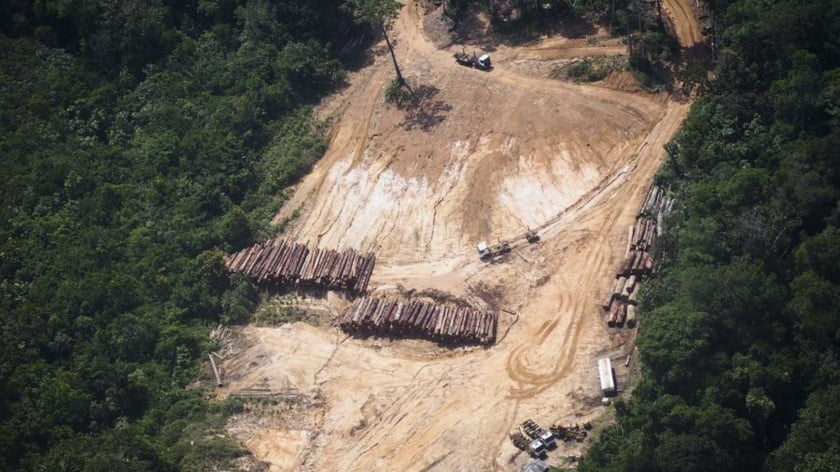 China is South America’s top trading partner. Together, China’s policy banks – the China Development Bank and Export-Import Bank of China – are the top source of development finance for the whole of Latin America.  Over the past few decades, the Brazilian government, leading national companies and multinational corporations have configured what Fernando Mires, already…