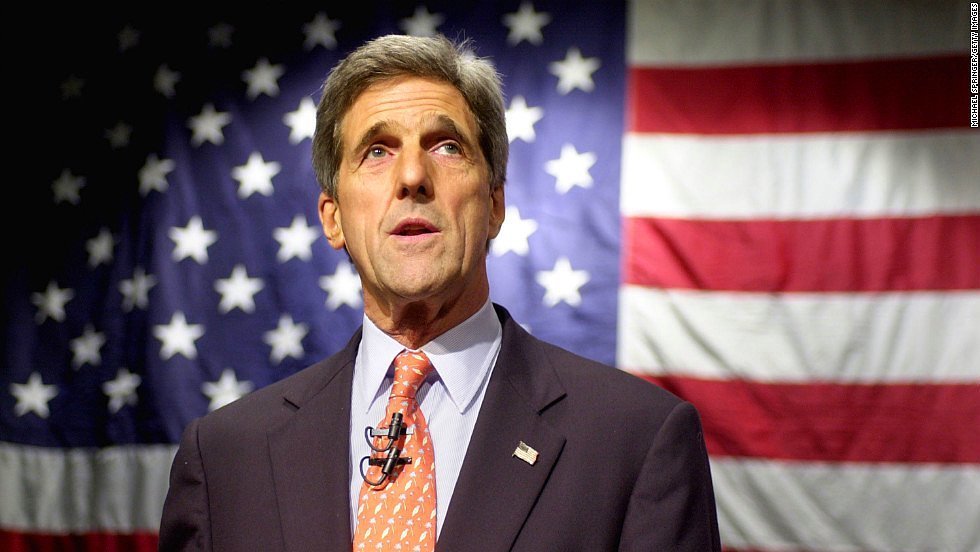 The U.S. is unwilling to stop the war on Syria and to settle the case at the negotiation table. It wants a 100% of its demands fulfilled, the dissolution of the Syrian government and state and the inauguration of a U.S. proxy administration in Syria.
After the ceasefire in Syria started in late February Obama broke his pledge to separate the U.S. supported “moderate rebels” from al-Qaeda. In April U.S. supported rebels, the Taliban like Ahrar al Sham and al-Qaeda joined to attack the Syrian government in south Aleppo. The U.S.proxies broke the ceasefire.
Two UN resolutions demand that al-Qaeda in Syria be fought no matter what. But the U.S. has at least twice asked Russia not to bomb al-Qaeda. It insists, falsely, that it can not separate its “moderates” from al-Qaeda and that al-Qaeda can not be attacked because that would also hit its “moderate” friends.
The Russian foreign minster Lavrov has talked wit Kerry many times about the issue. But the only response he received were requests to further withhold bombing. Meanwhile al-Qaeda and the “moderates” continued to break the ceasefire and to attack the Syrian government forces.
After nearly four month Kerry still insists that the U.S. needs even more time for the requested separation of its proxy forces from al-Qaeda. Foreign Minister Lavrov recently expressed the Russian consternation:

The Americans are now saying that they are unable to remove the ‘good’ opposition members from the positions held by al-Nusra Front, and that they will need another two-three months. I am under the impression that there is a game here and they may want to keep al-Nusra Front in some form and later use it to overthrow the [Assad] regime,” Lavrov said at the St. Petersburg International Economic Forum.

The bucket was full and Kerry’s latest request for another three month pause of attacking al-Qaeda was the drop that let it overflow. Russia now responded by hitting the U.S. where it did not expect to be hit:

Russian warplanes hit Pentagon-backed Syrian fighters with a barrage of airstrikes earlier this week, disregarding several warnings from U.S. commanders in what American military officials called the most provocative act since Moscow’s air campaign in Syria began last year. The strikes hit a base near the Jordanian border, far from areas where the Russians were previously active, and targeted U.S.-backed forces battling the Islamic State militants.
…
These latest strikes occurred on the other side of the country from the usual Russian operations, around Tanf, a town near where the borders of Jordan, Iraq, and Syria meet.
…
The Russian strike hit a small rebel base for staging forces and equipment in a desolate, unpopulated area near the border. About 180 rebels were there as part of the Pentagon’s program to train and equip fighters against Islamic State.
When the first strikes hit, the rebels called a U.S. command center in Qatar, where the Pentagon orchestrates the daily air war against Islamic State.

Kremlin spokesman Dmitry Peskov appeared to confirm the attack Friday, telling reporters it was difficult to distinguish different rebel groups from the air.

Translation: “If you can not separate your forces from al-Qaeda and differentiate and designate exclusively “moderate” zones we can not do so either.”
The forces near Tanf are supported by U.S. artillery from Jordan and air power via Iraq. British and Jordan special operations forces are part of the ground component (and probably the majority of the “Syrian” fighters.) There is no al-Qaeda there. The Russians know that well. But they wanted to make the point that it is either separation everywhere or separation nowhere. From now on until the U.S. clearly separates them from AQ all U.S. supported forces will be hit indiscriminately anywhere and anytime. (The Syrian Kurds fighting the Islamic State with U.S. support are for now a different story.)
The Pentagon does not want any further engagement against the Syrian government or against Russia. It wants to fight the Islamic State and its hates the CIA for its cooperation with al-Qaeda and other Jihadi elements. But John Brennan, the Saudi operative and head of the CIA, still seems to have Obama’s ear. But what can Obama do now? Shoot down a Russian jet and thereby endanger any U.S. pilot flying in Syria or near the Russian border? Risk a war with Russia? Really?
The Russian hit near Tanf was clearly a surprise. The Russians again caught Washington on the wrong foot. The message to the Obama administration is clear. “No more delays and obfuscations. You will separate your moderates NOW or all your assets in Syria will be juicy targets for the Russian air force.“
The Russian hits at Tanf and the U.S. proxies there has an additional benefit. The U.S. had planned to let those forces move north towards Deir Ezzor and to defeat the Islamic State in that city. Eventually a “Sunni entity” would be established in south east Syria and west Iraq under U.S. control. Syria would be split apart.
The Syrian government and its allies will not allow that. There is a large operation planned to free Deir Ezzor from the Islamic State occupation. Several hundred Syrian government forces have held an isolated airport in Deir Ezzor against many unsuccessful Islamic State attacks. These troops get currently reinforced by additional Syrian army contingents and Hizbullah commandos.A big battle is coming. Deir Ezzor may be freed within the next few month. Any U.S. plans for some eastern Syrian entity are completely unrealistic if the Syrian government can take and hold its largest eastern city.
The Obama administration’s delaying tactic will now have to end. Russia will no longer stand back and watch while the U.S. sabotages the ceasefire and supports al-Qaeda.
What then is the next move the U.S. will make?

Are We Deliberately Trying to Provoke a Military Crisis with Russia?

US Smears Those Questioning Latest Claims vs. China

There is a Dark and Dangerous Forest Behind These Burning Trees…

Syria Caesar’s Law: Who Does it Target, and How Will it Affect President Assad?
Middle East
RussiaSyriaUS