Skip to content
The Financial Times is as pro-NATO as a newspaper possibly could be. So when it revealed on Sunday the organization is increasingly divided, it confirmed what many sharp analysts have suspected for some time – NATO is split on the ‘Russian question’.
In the 1990’s, when US leaders began to talk of expanding NATO eastwards it had all the ingredients of a tragic overreach. Indeed, experts like George Kennan, the distinguished Sovietologist, warned that it risked creating a new cold war. Perhaps the only reason that hasn’t fully materialized is that Washington, despite a massive propaganda and lobbying campaign, has been unable to convince most Western and Central European states that Russia presents an existential danger to them.
The FT reported that, during discussions in Warsaw, Greek premier Alexis Tsipras “broke from the official consensus and argued for partnership with Vladimir Putin.” According to the paper, “his position was quickly slapped down” by Barack Obama. While the American response was depressingly predictable, the fact Tsipras even tried to raise the issue was an achievement in itself. You can also be sure that a number of other leaders would have quietly agreed with him. On the other hand, the likes of Latvia and Poland were doubtlessly disgusted.

This brings us to NATO’s big problem these days. Back in the club’s heyday, all members were in full agreement about the identity of their main enemy. It was the Moscow-dominated Warsaw Pact and the USSR itself. But that association disappeared a quarter of a century ago and most of its former members are now involved in NATO. As a result, there is no consensus on who exactly is the alliance’s chief opponent right now.
If you are sitting in Riga or Warsaw, it’s still Russia. Especially since the Ukraine crisis. And in the Baltic States, with significant ethnic Russian minority populations, it’s somewhat understandable, if overblown by their governments in attempts to deflect away from other problems.
Polish apprehension has less foundation – at this stage, even the US has tired of Warsaw’s current regime which seems to hate everything foreign.

However, viewed from Athens, where Tsipras is based, the greatest worry is the Middle Eastern refugee crisis and that would be closely followed by concerns about Erdogan’s, increasingly erratic, Turkey.
Greece, already buckling under an unprecedented economic crisis, urgently needs to see some sort of resolution to the Syria and Iraq conflicts which would, in turn, help stem the flow of migrants. So, that’s why Tsipras made his intervention. Because he knows the oft-discussed eastern expansion of NATO is a sideshow – with Ukraine a sideshow within a sideshow – and the real action is closer to Damascus.
It was also noteworthy that NATO’s new chief, Jens Stoltenberg insisted that Moscow didn’t present “any imminent threat to any NATO ally.”
“The cold war,” he said, “is history, and should remain history.” That stance significantly contrasts with the statements of his aggressive predecessor, Anders Fogh Rasmussen. The likes of Italy, Austria and Hungary are almost certainly in complete agreement. So too, French President Francois Hollande, who called for Russia to be treated as a “partner” and not threat.

In Berlin, By The Wall

The problem is that Washington doesn’t really listen to those countries. These days, the only European capital that it takes any heed of is Berlin and the rhetoric from there gets more schizophrenic by the day. On one side, we have Frank-Walter Steinmeier, the foreign minister, condemning recent NATO exercises in Poland and describing them as “warmongering.”
Meanwhile, Angela Merkel, the Chancellor, is determined to send German troops right up to Russia’s border with the Baltic States. Some domestic Russian opinion formers dismiss this as a ‘bad cop/good cop’ act, but it’s not that simple. In short, Germany is run by a grand coalition between the CDU and SPD parties. The former, headed by Merkel, is generally pro-American and Atlanticist in outlook while the latter, once home to Willy Brandt and Helmut Schmidt, is traditionally distrustful of Washington’s intentions, while being more sympathetic to idea of a united continent.
The reason for the inconsistent language from Berlin is that both groups will face off in an election next year and their leaders are playing to the domestic gallery. Opinion polls in Germany have shown only 9 percent of voters approve of Merkel’s Baltic deployment. Thus, the SPD will be hoping their resistance to growing militarization will help deliver them the Chancellery for first time since 2005.

Only 9% of Germans approve of #Germany‘s decision to reinforce #NATO forces in the #Baltics, via @POLITICOEuropehttps://t.co/Sy2JKaJCCn

Yet, despite the valid concerns of many allies who perceive the Middle Eastern turmoil as the main danger to Europe, America keeps pushing the “Russian aggression angle.” That’s because, in order to maintain its gigantic military budget (which incidentally is larger than the entire GDP of Greece), Washington needs a “big ticket” opponent and Russia fits the bill. Fighting ISIS doesn’t require nuclear weapons or rockets or submarines or any particularly expensive hardware but squaring off against Russia does. Right now, arms manufacturers are partying like it’s 1979.

Of course, every competent expert knows that Russia is not really a threat to NATO and that it’s completely impossible to conceive of any scenario where Moscow would ever launch a military attack on the alliance. By the same token, it’s hard to envisage 28 NATO members collectively voting to invade Russia. While American propaganda continues to cite the Ukrainian crisis as some sort of precedent, it overlooks the fact that Ukraine is not a NATO member and had historical and strategic ties to Moscow which aren’t shared by Poland or the Baltics.
Regardless of America’s incessant anti-Russian messaging, most of Europe has refused to swallow the notion that Moscow represents an existential threat. At the same time, after decades of diminishing influence, hawkish Britain has now voted itself into complete irrelevance and France and Germany may have new governments next year which are more favorable to the Kremlin.
Moscow’s response to NATO’s posturing is now key. Should it bolster its own defenses and commit more personnel to its Western borders, there is no doubt that America will then use those moves to unite the bloc and send more battalions to the region. Pretty soon Narva (in eastern Estonia) could be the new Berlin and Washington’s hawks will have succeeded in creating the new Cold War they so obviously crave. On the other hand, the Kremlin could decide to crush their dreams and ignore NATO’s saber rattling. That’d be the smart option. It’d also expose NATO for what it is. A relic of the Cold War and nothing but a money racket for the arms industry and highly-paid bureaucrats and lobbyists who ride its gravy train. 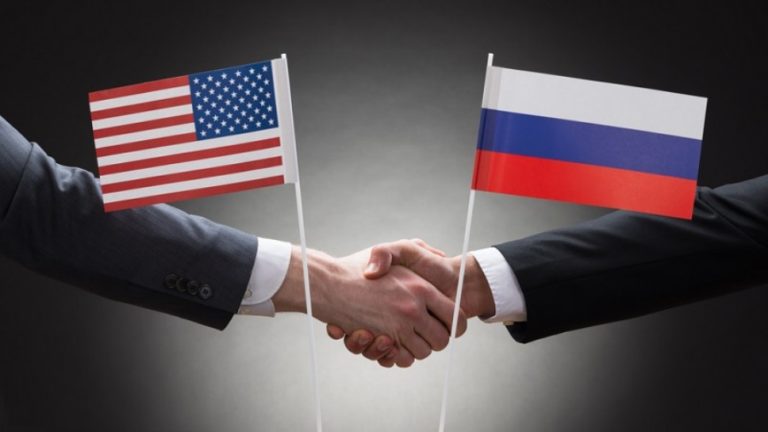 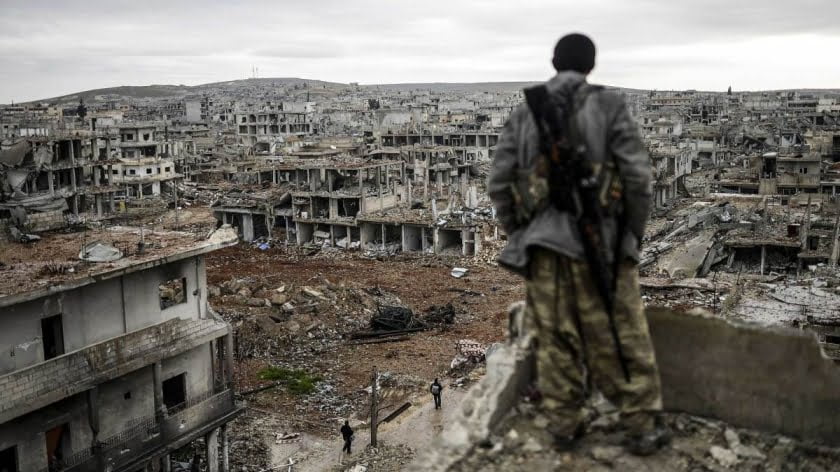 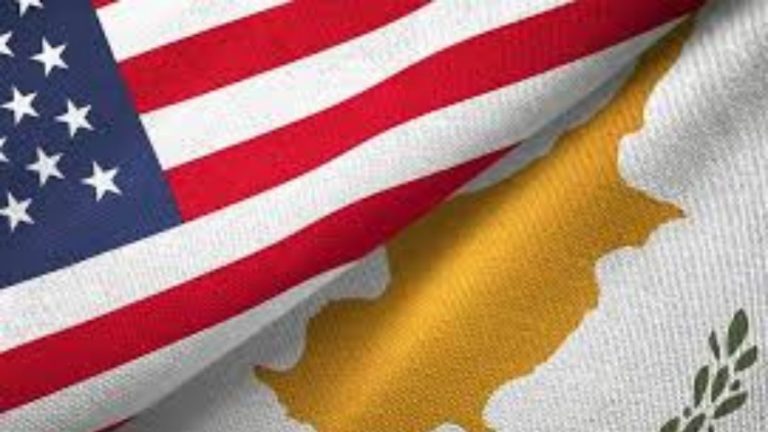 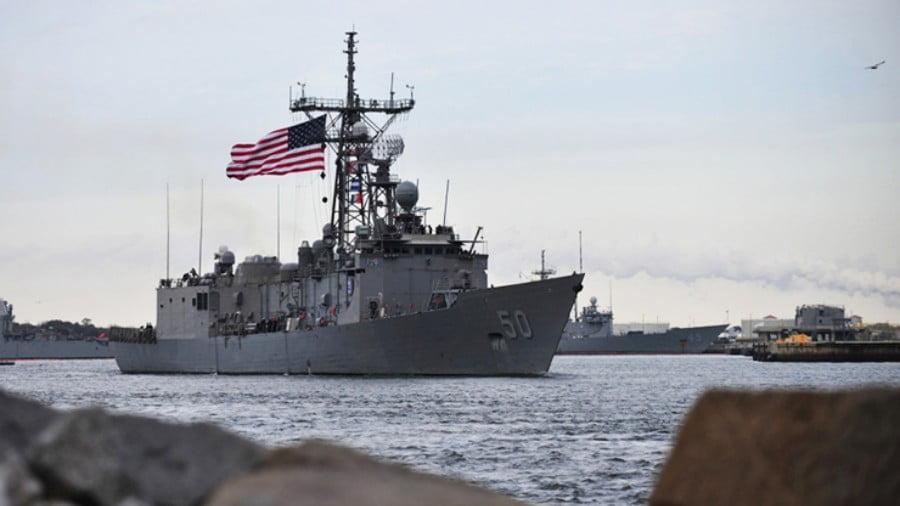