A spokesman for Taiwan’s Ministry of National Defense apologized on behalf of the military for the missile incident led to the death of fishing boat captain Huang Wen-Chung. Yesterday, a Taiwan warship accidentally launched a supersonic missile toward China. The “aircraft carrier killer” hit a fishing boat and killed its captain. The Republic of China considers this mistaken missile launch as “a serious matter.”
Taiwan Ministry of National Defense apologizes for the tragic incident after launching the supersonic missile “Hsiung Feng III” toward China. It was made accidentally, but that launch caused the death of the boat’s captain and injuries of crew members. The press conference gathered by Taiwan Ministry of National Defense has cleared this issue. Maj. Gen. Chen Chung-Chi as representative of a ministry asked the Navy to provide needed assistance and financial compensation to the family of the victims.
Maj. Gen. Chung-Chi said to the press that missile ripped through the fishing boat but did not explode. Unfortunately, the captain oft the boat was killed, many crew members got injuries. Such an incident influenced on the tense relations between Taiwan (in fact, the Republic of China) and the People’s Republic of China.

Taiwan: A US Foothold Before a Chinese Tidal Wave

Becoming U.S. Fortress Against China Does More Damage than Good for Taiwan 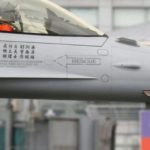 Tensions Around Taiwan Are Intensifying