The latest developments in Syria are not, I believe, the result of some deliberate plan of the USA to help their “moderate terrorist” allies on the ground, but they are the symptom of something even worse: the complete loss of control of the USA over the situation in Syria and, possibly, elsewhere. Let me just re-state what just happened:

First, after days and days of intensive negotiations, Secretary Kerry and Foreign Minister Lavrov finally reached a deal on a cease-fire in Syria which had the potential to at least “freeze” the situation on the ground until the Presidential election in the USA and a change in administration (this is now the single most important event in the near future, therefore no plans of any kind can extend beyond that date).

Then the USAF, along with a few others, bombed a Syrian Army unit which was not on the move or engaged in intense operations, but which was simply holding a key sector of the front. The US strike was followed by a massive offensive of the “moderate terrorists” which was barely contained by the Syrian military and the Russian Aerospace forces. Needless to say, following such a brazen provocation the cease-fire was dead. The Russians expressed their total disgust and outrage at this attack and openly began saying that the Americans were “недоговороспособны”. What that word means is literally “not-agreement-capable” or unable to make and then abide by an agreement. While polite, this expression is also extremely strong as it implies not so much a deliberate deception as the lack of the very ability to make a deal and abide by it. For example, the Russians have often said that the Kiev regime is “not-agreement-capable”, and that makes sense considering that the Nazi occupied Ukraine is essentially a failed state. But to say that a nuclear world superpower is “not-agreement-capable” is a terrible and extreme diagnostic. It basically means that the Americans have gone crazy and lost the very ability to make any kind of deal. Again, a government which breaks its promises or tries to deceive but who, at least in theory, remains capable of sticking to an agreement would not be described as “not-agreement-capable”. That expression is only used to describe an entity which does not even have the skillset needed to negotiate and stick to an agreement in its political toolkit. This is an absolutely devastating diagnostic.

Next came the pathetic and absolutely unprofessional scene of US Ambassador Samantha Powers simply walking out of a UNSC meeting when the Russian representative was speaking. Again, the Russians were simply blown away, not by the infantile attempt at offending, but at the total lack of diplomatic professionalism shown the Powers. From a Russian point of view, for one superpower to simply walk out at the very moment the other superpower is making a crucial statement is simply irresponsible and, again, the sign that their American counterparts have totally “lost it”.

Finally, there came the crowning moment: the attack of the humanitarian convey in Syria which the USA blamed, of course, on Russia. The Russians, again, could barely believe their own eyes. First, this was such a blatant and, frankly, Kindergarten-level attempt to show that “the Russians make mistakes too” and that “the Russians killed the cease-fire”. Second, there was this amazing statement of the Americans who said there are only two air forces which could have done that – either the Russians or the Syrians (how the Americans hoped to get away with this in an airspace thoroughly controlled by Russian radars is beyond me!). Somehow, the Americans “forgot” to mention that their own air force was also present in the region, along with the air forces of many US allies. Most importantly, they forgot to mention that that night armed US Predator drones were flying right over that convoy.

What happened in Syria is painfully obvious: the Pentagon sabotaged the deal made between Kerry and Lavrov and when the Pentagon was accused of being responsible, it mounted a rather crude false flag attack and tried to blame it on the Russians.

All this simply goes to show that the Obama Administration is in a state of confused agony. The White House apparently is so freaked out at the prospects of a Trump victory in November that it has basically lost control of its foreign policy in general and, especially, in Syria. The Russians are quite literally right: the Obama Administration is truly “not-agreement-capable”.

Of course, the fact that the Americans are acting like clueless frustrated children does not mean that Russia will reciprocate in kind. We have already seen Lavrov go back and further negotiate with Kerry. Not because the Russians are naive, but precisely because, unlike their US colleagues, the Russians are professionals who know that negotiations and open lines of communications are always, and by definition, preferable to a walk-away, especially when dealing with a superpower. Those observers who criticize Russia for being “weak” or “naive” simply project their own, mostly American, “reaction set” on the Russians and fail to realize the simply truth that Russians are not Americans, they think differently and they act differently. For one thing, the Russians don’t care if they are perceived as “weak” or “naive”. In fact, they would prefer to be perceived as such if that furthers their goals and confuses the opponent about their real intentions and capabilities. The Russians know that they did not build the biggest country on the planet by being “weak” or “naive” and they won’t be take lessons from a country which is younger that many Russian buildings. The western paradigm is usually like this: a crises leads to a breakdown in negotiations and conflict follows. The Russian paradigm is completely different: a crisis leads to negotiations which are conducted up the the last second before a conflict erupts. There are two reasons for that: first, continuing to negotiate up to the last second makes it possible to seek a way out of the confrontation up to the last second and, second, negotiations up to the last second make it possible to come as close as possible to achieving strategic surprise for an attack. This is exactly how Russia acted in Crimea and in Syria – with absolutely no warning signs or, even less so, a well-publicized display of power to attempt to intimidate somebody (intimidation is also a western political strategy the Russians don’t use).

So Lavrov will continue to negotiate, no matter how ridiculous and useless such negotiations will appear. And Lavrov himself will probably never officially utter the word “недоговороспособны”, but the message to the Russian people and to the Syrian, Iranian and Chinese allies of Russia will be that at this point Russia has lost any hope of dealing with the current US Administration.

Obama and Co. now have their hands full with trying to hide Hillary’s health and character problems and right now they probably can think of only one thing: how to survive the upcoming Hillary-Trump debate. The Pentagon and the Department of State are mostly busy fighting each other over Syria, Turkey, the Kurds and Russia. The CIA seems to be fighting itself, though this is hard to ascertain.

It is likely that some kind of deal with still be announced by Kerry and Lavrov, if not today, then tomorrow or the day after. But, frankly, I completely agree with the Russians: the American are truly “not-agreement-capable” and at this point in time, both the conflict in Syria and the one in the Ukraine are frozen. I don’t mean “frozen” in the sense of “no fighting”, not at all, but I do mean “frozen” in the same of “no major developments possible”. There will still be combats, especially now that the Wahabi and Nazi allies of the USA feel that their boss is not in charge because he is busy with elections and race riots, but since there is no quick military solution possible in either one of these wars, the tactical clashes and offensives will not yield any strategic result.

Barring an election-canceling false flag inside the USA, like the murder of either Hillary or Trump by a “lone gunman”, the wars in the Ukraine and Syria will go on with no prospects of any kind of meaningful negotiations. And whether Trump or Hillary get into the White House next, a major “reset” will take place in early 2017. Trump will probably want to meet Putin for a major negotiations session involving all the key outstanding issues between the USA and Russia. If Hillary and her Neocons make it into the White House then some kind of war between Russia and the USA will become almost impossible to prevent.

PS: some Russian military experts are saying that the kind of damage shown in the footage of the attack on the humanitarian convey is not consistent with an airstrike or even an artillery strike and that it looks much more like the result of a blast of several IEDs. If so, then that would still not point at Russia, but at the “moderate terrorist” forces in control of that location. This could still be a US ordered-false flag attack or, alternatively, the proof that the US has lost control over its Wahabi allies on the ground.

12 Jun 2016 After years of news coverage I have seen more deaths and more trauma than most. In any real events people have looks of terror, fear, tear ridden faces, blood soaked clothes, and panic. I am not sold this event even happened and if it did, we are missing some critical details. Unless… 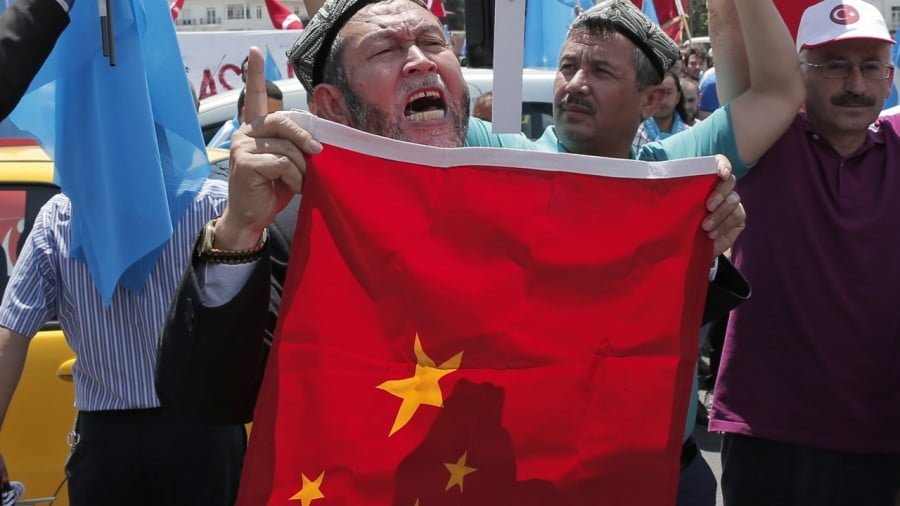 Malaysia has emerged as the latest battleground pitting Chinese efforts to export its security notions against principles of the rule of law. The Malaysian Bar Association warned in a pithy statement last week that granting a Chinese demand for the extradition of 11 Uygurs from Malaysia would constitute a violation of international law. If Malaysia’s…

Moscow has told the US to reduce the number of its diplomatic staff in Russia to 455 people, and is also halting the use of embassy storage facilities in the capital, according to the Russian Foreign Ministry. The retaliatory move comes after the US Congress approved new sanctions against Russia. “The Russian side is suspending… 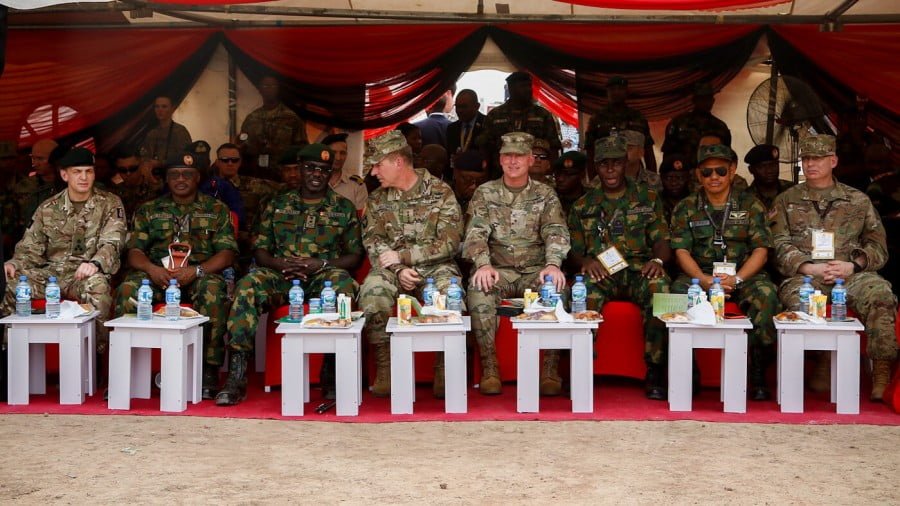