In this paper we will discuss the most common recent techniques used to support ongoing imperial wars.

A common technique, practiced by the imperial publicists, is to accuse the victims of the same crimes, which had been committed against them.  The well documented, deliberate and sustained US-EU aerial bombardment of Syrian government soldiers, engaged in operations against ISIS-terrorist, resulted in the deaths and maiming of almost 200 Syrian troops and allowed ISIS-mercenaries to overrun their camp.   In an attempt to deflect the Pentagon’s role in providing air cover for the very terrorists it claims to oppose, the propaganda organs cranked out lurid, but unsubstantiated, stories of an aerial attack on a UN humanitarian aid convoy, first blamed on the Syrian government and then on the Russians.  The evidence that the attack was most likely a ground-based rocket attack by ISIS terrorists did not deter the propaganda mills.  This technique would turn US and European attention away from the documented criminal attack by the imperial bombers and present the victimized Syrian troops and pilots as international human rights criminals.

Faced with world opprobrium for its wanton violation of an international ceasefire agreement in Syria, the imperial public spokespeople frequently resort to irrational outbursts at international meetings in order to intimidate wavering allies into silence and shut down any chance for reasonable debate resolving concrete issues among adversaries.

The current ‘US Ranter-in-Chief’ in the United Nations, is Ambassador Samantha Power, who launched a vitriolic diatribe against the Russians in order to sabotage a proposed General Assembly debate on the US deliberate violation (its criminal attack on Syrian troops) of the recent Syrian ceasefire.  Instead of a reasonable debate among serious diplomats, the rant served to derail the proceedings.

Empire is commonly identified with the race, gender, religion and ethnicity of its practioners.  Imperial propagandists have frequently resorted to disarming and weakening anti-imperialist movements by co-opting and corrupting black, ethnic minority and women leaders and spokespeople.  The use of such ‘symbolic’ tokens is based on the assumption that these are ‘representatives’ reflecting the true interests of so-called ‘marginalized minorities’ and can therefore presume to ‘speak for  the oppressed peoples of the world’.  The promotion of such compliant and respectable ‘minority members’ to the elite is then propagandized as a ‘revolutionary’, world liberating historical event – witness the ‘election’ of US President Barack Obama.

The rise of Obama to the presidency in 2008 illustrates how the imperial propagandists have used identity politics to undermine class and anti-imperialist struggles.

Under Obama’s historical black presidency, the US pursued seven wars against ‘people of color’ in South Asia, the Middle East and North Africa.  Over a million men and women of sub-Saharan black origin, whether Libyan citizens or contract workers for neighboring countries, were killed, dispossessed and driven into exile by US allies after the US-EU destroyed the Libyan state – in the name of humanitarian intervention.  Hundreds of thousands of Arabs have been bombed in Yemen, Syria and Iraq under President Obama, the so-called ‘historic black’ president.  Obama’s ‘predator drones’ have killed hundreds of Afghan and Pakistani villagers.  Such is the power of ‘identity politics’ that ignominious Obama was awarded the ‘Nobel Peace Prize’.

Meanwhile, in the United States under Obama, racial inequalities between black and white workers (wages, unemployment, access to housing, health and educational services) have widened.  Police violence against blacks intensified with total impunity for ‘killer cops’.  Over two million immigrant Latino workers have been expelled – breaking up hundreds of thousands of families– and accompanied by a marked increase of repression compared to earlier administrations.  Millions of black and white workers’ home mortgages were foreclosed while all of the corrupt banks were bailed out – at a greater rate than had occurred under white presidents.

Past Suffering to Justify Contemporary Exploitation

Imperial propagandists repeatedly evoke the victims and abuses of the past in order to justify their own aggressive imperial interventions and support for the ‘land grabs’ and ethnic cleansing committed by their colonial allies – like Israel, among others. The victims and crimes of the past are presented as a perpetual presence to justify ongoing brutalities against contemporary subject people.

The case of US-Israeli colonization of Palestine clearly illustrates how rabid criminality, pillage, ethnic cleansing and self-enrichment can be justified and glorified through the language of past victimization.  Propagandists in the US and Israel have created ‘the cult of the Holocaust’, worshiping a near century-old Nazi crime against Jews (as well as captive Slavs, Gypsies and other minorities) in Europe, to justify the bloody conquest and theft of Arab lands and sovereignty and engage in systematic military assaults against Lebanon and Syria.  Millions of Muslim and Christian Palestinians have been driven into perpetual exile.  Elite, wealthy, well-organized and influential Zionists, with primary fealty to Israel, have successfully sabotaged every contemporary struggle for peace in the Middle East and have created real barriers for social democracy in the US through their promotion of militarism and empire building.  Those claiming to represent victims of the past have become among the most oppressive of contemporary elites.  Using the language of ‘defense’, they promote aggressive forms of expansion and pillage.  They claim their monopoly on historic ‘suffering’ has given them a ‘special dispensation’ from the rules of civilized conduct:  their cult of the Holocaust allows them to inflict immense pain on others while silencing any criticism with the accusation of ‘anti-Semitism’ and relentlessly punishing critics.  Their key role in imperial propaganda warfare is based on their claims of an exclusive franchise on suffering and immunity from the norms of justice.

Entertainment spectacles glorify militarism.  Imperial propagandists link the public to unpopular wars promoted by otherwise discredited leaders.  Sports events present soldiers dressed up as war heroes with deafening, emotional displays of ‘flag worship’ to celebrate the ongoing overseas wars of aggression.  These mind-numbing extravaganzas with crude elements of religiosity demand choreographed expressions of national allegiance from the spectators as a cover for continued war crimes abroad and the destruction of citizens’ economic rights at home.

Much admired, multi-millionaire musicians and entertainers of all races and orientations, present war to the masses with a humanitarian facade. The entertainers smiling faces serve genocide just as powerfully as the President’s benign and friendly  face accompanies his embrace of militarism.  The propagandist message for the spectator is that ‘your favorite team or singer is there just for you… because our noble wars and valiant warriors have made you free and now they want you to be entertained.’

The old style of blatant bellicose appeals to the public is obsolete:  the new propaganda conflates entertainment with militarism, allowing the ruling elite to secure tacit support for its wars without disturbing the spectators’ experience.

Do the Imperial Techniques of Propaganda Work?

How effective are the modern imperial propaganda techniques?  The results seem to be mixed.  In recent months, elite black athletes have begun protesting white racism by challenging the requirement for choreographed displays of flag worship. . . opening public controversy into the larger issues of police brutality and sustained marginalization.  Identity politics, which led to the election of Obama, may be giving way to issues of class struggle, racial justice, anti-militarism and the impact of continued imperial wars.  Hysterical rants may still secure international attention, but repeated performances begin to lose their impact and subject the ‘ranter’ to ridicule.

The cult of victimology has become less a rationale for the multi-billion dollar US-tribute to Israel, than the overwhelming political and economic influence and thuggery of billionaire Zionist fundraisers who demand US politicians’ support for the state of Israel.

Brandishing identify politics may have worked the first few times, but inevitably black, Latino, immigrant and all exploited workers, all underpaid and overworked women and mothers reject the empty symbolic gestures and demand substantive socio-economic changes – and here they find common links with the majority of exploited white workers.

In other words, the existing propaganda techniques are losing their edge – the corporate media news is seen as a sham.  Who follows the actor-soldiers and flag-worshipers once the game has begun?

The propagandists of empire are desperate for a new line to grab public attention and obedience.   Could the recent domestic terror bombings in New York and New Jersey provoke mass hysteria and more militarization? Could they serve as cover for more wars abroad . . .?

A recent survey, published in Military Times, reported that the vast majority of active US soldiers oppose more imperial wars.   They are calling for defense at home and social justice.  Soldiers and veterans have even formed groups to support the protesting black athletes who have refused to participate in flag worship while unarmed black men are being killed by police in the streets.   Despite the multi-billion dollar electoral propaganda, over sixty percent of the electorate reject both major party candidates.  The reality principle has finally started to undermine State propaganda! 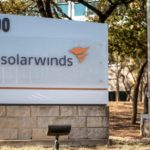