CNN Money declared the Monsanto Bayer merger “the year’s biggest takeover.” Symbolically, it’s the merger of the century. At $66 billion, it’s also the biggest cash transaction on record. Vermont Senator Bernie Sanders describes the mega deal as “a threat to all Americans.”

“These mergers boost the profits of huge corporations and leaves Americans paying even higher prices,” he said.

If things unfold as planned, the new company (MonBayer? BaySanto? Or should they just call themselves Poisonous?) will generate approximately 50 percent of its revenue from selling “medicine” and the other half from agriculture. How convenient. They can make us sick with their poisonous, genetically modified faux food, and then treat us with their treadmill of drugs.

The consolidation will create supply-chain dominance, aka vertical integration, in a $100 billion global market.

And besides, Bayer’s mischief is mistaken for Monsanto’s all the time. I can’t tell you how many times people credit Monsanto for colony collapse disorder and killing bees.

And while GMO seeds and herbicides are definitely not improving the environment, Bayer’s systemic pesticides deserve every negative implication.In fact, these chemicals are also harming worms, soil, other pollinators, our waterways, aquatic life and humans.

But everyone loves to hate Monsanto.

“The Monsanto brand has many negative associations,” says David King, associate professor at Iowa State University where he teaches undergraduate strategy and assesses the performance of mergers and acquisitions, technology innovation, and defense procurement.

He thinks the Monsanto Bayer merger is a great brand strategy for Monsanto.

According to the Monsanto’s recent courtship history – they approached Syngenta last year with an offer – they agree. King envisions a future where the Monsanto brand name will ultimately be removed as a way to reposition the consolidated firm.

Why do you think Blackwater changed its name to XE, and then Academi?

King just returned from a conference in Berlin where he talked about the Monsanto Bayer merger and learned that many in Europe feel it’s a travesty that Bayer would “tarnish its good name” by acquiring the company behind Roundupand genetically modified crops.

But critics dismiss this sentiment. After all, Bayer is viewed as “Europe’s Monsanto.”

“Bayer [does] significantly better public-relations work than Monsanto, but that’s it,” contends Antonius Michelmann, CEO of the Coalition against BAYER-Dangers. “Both, Monsanto and Bayer are poisoning and immediately endangering animals, plants and human life. Both care just about profits and nothing else.”

Gone With The Weeds

So why are the companies merging now?

Well, that very much depends on whom you ask.

According to the two Ag giants, the narrative goes something like this: It’s estimated that by 2050 there will be an additional 3 billion people on the planet. Ergo, the merger “is needed to meet a rising food demand.”

Enter Monsanto and Bayer to the rescue!

“What we do is good for consumers. We help to produce sufficient, safe, healthy, and affordable food,” Werner Baumann, CEO of Bayer AG said during a recent press conference. “[This merger] is also good for our growers. Because they[‘ll] have better choices to increase yields in a sustainable way … Together, we want to make and shape the future of farming.”

It’s amazing the millions of corn fields that can exist between rhetoric and reality.

The “we-need–to-feed-the-world” propaganda has been disproved.

“These two companies are tone deaf to public health and environmental protection. Between them they’re responsible for introducing devastating chemicals,” says Jay Feldman, Executive Director of Beyond Pesticides. “The question asking if we can actually feed the world without toxic chemicals has long been answered. Despite all our modern ingenuity, we have the same degree of crop loss today that we had before the pesticide revolution.”

According to the Food and Agriculture Organization of the United Nations, the world produces more than 1 1/2 times enough food to feed everyone on the planet.

“Unfortunately, over a billion of the world’s people are too poor to buy this food – so they go hungry. Corporate mergers aren’t going to change that,” write authors Ahna Kruzic and Eric Holt-Giménez (Monsanto Merger Blues, Food First). They are on point.

So what’s really the thrust behind the merger?

Ask analysts, and they’ll tell you that the entire Ag sector is depressed right now. Farmers are spending less on seeds, fertilizers, and pesticides. Monsanto alone is$9 billion in debt. (It was $1 billion only three years ago.) Currently, the company isn’t in a position to invest money to develop more products and keep up with competitors.

Like the old saying goes, if you can’t beat ’em, join ’em.

In 2014, worldwide merger and acquisition activity exceeded $3.1 trillion, writes King, who co-edited a recent book on the subject.

At the beginning of 2016, Dow Chemical and DuPont joined forces in a $130 billion merger, and earlier this year Syngenta agreed to a $43 billion sale to China National Chemical Corp.

Over the years, Monsanto, Syngenta, Bayer, DuPont, Dow, and BASF have respectfully gobbled up about 75 percent of small to medium-size enterprises engaged in biotechnology research. Today, what food advocates refer to as the Big Six has now shrunk to the Big Four: Syngenta, BASF and a 70 percent dominated global market between Monsanto-Bayer and Dow-DuPont.

This buyout is likely to create a grizzly future. “Seed prices could rise for farmers; consumers could see more genetically engineered foods on supermarket shelves, and our global agricultural system could end up depending on just a few companies to meet a high percentage of the world’s agricultural needs,” Leah Douglas, a policy analyst for New America, wrote in a CNN op-ed.

For those who argue the Monsanto Bayer merger will decrease market competition because of overlap, the corporate heads say, “Pashaw!” Monsanto focuses on seeds and biology, Bayer on chemicals. Au contraire, the union allows them to combine their “complementary strengths.”

Bayer has finalized a $57 billion bridge loan to support its acquisition of Monsanto. According to Bloomberg, 27 lenders have joined the deal, including European and Japanese banks.

According to Maurice Stucke of the Konkurrenz Group, and formerly with the Justice Department, merger reviews of this complexity can take six to nine months. Therefore the deal wouldn’t close until 2017, when it would then fall into the lap of the new administration. Fortunately, there are still several hurdles to navigate before this super company becomes a reality.

Bayer is committed to selling $1.6 billion assets to gain antitrust approval. For instance, Monsanto Bayer control 70 percent of all cotton acreage in the U.S., which is already genetically modified by Monsanto and treated with systemic poisons by Bayer. So the new company would be required to sell one of their existing cottonseed brands. Also Bayer’s Liberty Link competes with Monsanto’s Roundup, so they may just want to pour the mixtures together and call it a day.

Incidentally, one of the consultants on the European side of this deal is the Rothschild Group.

Who will keep these companies accountable?

On Oct. 15-16, a panel of six internationally renowned judges will hear testimony from 30 witnesses covering five continents where there are reports of injury by Monsanto’s products. This grassroots-led international citizens’ tribunal and People’s Assembly will culminate in November with the release of advisory opinions prepared by the judges. (Register for Monsanto Tribunal & People’s Assembly.) The tribunal’s work, which includes making the case for corporations to be prosecuted for ecocide, is all the more relevant because of the ICC’s(International Criminal Court) announcement.

Whatever decision is reached, it may only be symbolic. No matter what happens at this tribunal, we don’t know what accountability will look like going forward. We’re living in Looney Tune times. While there has been buzz about transparency in recent years, lies have become “the new truth” — to quote comedian and HBO Real Time host Bill Maher.

Certainly countries and corporations are getting away with murder, these days. For revolutionaries committed to a world without toxic chemicals or miles of monocultures, the proposed merger of Monsanto and Bayer means two of our rivals will now be housed under one roof; the deplorable actions that place profit over people and planet remain the same. 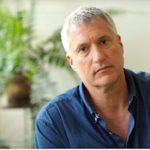 The Corporate Food System Is Making the Coronavirus Crisis Worse