The Washington Post – among others – hit the ground running in the wake of an apparent terrorist attack in Germany’s capital of Berlin before evidence was forthcoming and even before German police arrested a suspect.

The Washington Post’s article and others like it followed the self-proclaimed “Islamic State” (ISIS) allegedly taking credit for the incident. Undeterred by a lack of evidence, the Washington Post and other media outlets – eager to capitalize on the attack to further Western narratives – concluded that the attack was aimed at “sharpening the divide between Muslims and everyone else.”

The Washington Post’s article, “Truck attack may be part of ISIS strategy to sharpen divide between Muslims and others,” would claim:

The claim on the official Amaq media channel was short and distressingly familiar: A “soldier of the Islamic State” was behind yet another attack on civilians in Europe, this time at a festive Christmas market in Berlin.

The accuracy of the claim remained in question Tuesday as German authorities searched for both a suspect and a motive behind the deadly truck assault on holiday revelers. But already it appeared that the attack had achieved one of the Islamic State’s stated objectives: spreading fear and chaos in a Western country in hopes of sharpening the divide between Muslims and everyone else.

The Washington Post’s “analysis” fails to explain why ISIS would target a nation so far playing only a minor role in anti-ISIS operations or the logic in provoking a wider divide between Muslims and the West. At one point, the Washington Post actually suggests ISIS may be trying to hinder the flow of refugees away from their territory toward nations like Germany with open-door policies welcoming them.

In reality, the Washington Post and the “experts” it interviewed are merely attempting to perpetuate the myth of what ISIS is and what its supposed objectives and motivations are.

Understanding what ISIS really is, and what it is truly being used for, goes far in explaining why the incident has been so eagerly promoted as a “terrorist attack,” and why other incidents like it are likely to follow.

The United States government in a leaked 2012 Defense Intelligence Agency (DIA) memo would admit that “supporting powers” including “the West” sought the rise of what it called at the time a “Salafist principality” in eastern Syria, precisely where ISIS is now currently based.

If the situation unravels there is the possibility of establishing a declared or undeclared Salafist principality in eastern Syria (Hasaka and Der Zor), and this is exactly what the supporting powers to the opposition want, in order to isolate the Syrian regime, which is considered the strategic depth of the Shia expansion (Iraq and Iran).

To clarify just who these “supporting powers” were that sought the creation of a “Salafist” (Islamic) principality” (State), the DIA report explains:

The West, Gulf countries, and Turkey support the opposition; while Russia, China, and Iran support the regime.

In 2014, in an e-mail between US Counselor to the President John Podesta and former US Secretary of State Hillary Clinton, it would be admitted that two of America’s closest regional allies – Saudi Arabia and Qatar – were providing financial and logistical support to ISIS.

The e-mail, leaked to the public through Wikileaks, stated:

…we need to use our diplomatic and more traditional intelligence assets to bring pressure on the governments of Qatar and Saudi Arabia, which are providing clandestine financial and logistic support to [ISIS] and other radical Sunni groups in the region.

While the e-mail portrays the US in a fight against the very “Salafist” (Islamic) “principality” (State) it sought to create and use as a strategic asset in 2012, the fact that Saudi Arabia and Qatar are both acknowledged as state sponsors of the terrorist organization – and are both still enjoying immense military, economic, and political support from the United States and its European allies – indicates just how disingenuous America’s “war” on ISIS really is.

The scale of the relatively recent attack on Syria’s eastern city of Palmyra took place along a front 10’s of kilometers wide, involving heavy weapons, hundreds of fighters, and was only achievable through immense and continuous state sponsorship as have been all of ISIS’ gains across the region.

It and “other radical Sunni groups” remain the only relevant armed opposition on the ground contesting the Syrian government.

As early as 2007, as revealed by Pulitzer Prize-winning journalist Seymour Hersh in his 2007 article, “The Redirection: Is the Administration’s new policy benefitting our enemies in the war on terrorism?,” it was made clear that the US sought to arm and back Al Qaeda-linked militants to overthrow the government’s of Iran and Syria and to do so by laundering weapons, cash, and other forms of support through allies including Saudi Arabia.

ISIS is the full-scale manifestation of this long-documented conspiracy.

So What Did the Berlin Attack Really Seek to Achieve?

Sidestepping verifiably false narratives surrounding the myth of ISIS’ origins and motivations, and recognizing it as a whole cloth creation of the West for achieving Western geopolitical objectives, indicates that attacks like those in Nice, France, and now apparently in Berlin, Germany are aimed at perpetuating a lucrative strategy of tension in which Muslims are increasingly targeted and isolated in the West, more readily recruited by terrorists allowed to operate under the noses of Western security and intelligence agencies, and sent to wage the West’s proxy wars in Syria, Iraq, and eventually Iran.

While the excuses made by newspapers like the Washington Post change with the wind on a daily basis to explain ISIS’ creation and actions, the West’s calculus – warned about by Seymour Hersh in 2007, documented in a 2012 US DIA memo, admitted to in a 2014 leaked e-mail, and evident amid ISIS’ current, wide scale operations in Syria only possible through substantial state sponsorship – has been singular in nature and evident for years – even before the Syrian conflict began.

As long as Washington and its allies believe it is geopolitically profitable to maintain the existence of ISIS – used as both a proxy mercenary force and as a pretext for direct Western military intervention anywhere the terrorist organization conveniently “appears,” attacks like those in Brussels, Paris, Nice, and now apparently in Berlin will persist.

Instead, the West covertly assists Saudi Arabia and Qatar in expanding and directing these terrorist networks – using them as a proxy mercenary force and a ready-made pretext for military intervention abroad and as a constant means of dividing and distracting the public at home.

Were the state sponsors of terrorism fully exposed and removed from the equation, the United States and its European allies would find themselves deployed across the planet, engaged in regime change operations, invasions, and occupations without any credible casus belli.

With the US and its allies determined to reassert and maintain global hegemony everywhere from the Middle East and North Africa to Central and East Asia, the manufactured threat of state sponsored terrorism – sponsored by the West’s oldest and closest Arab allies and the West itself – will persist for years to come. 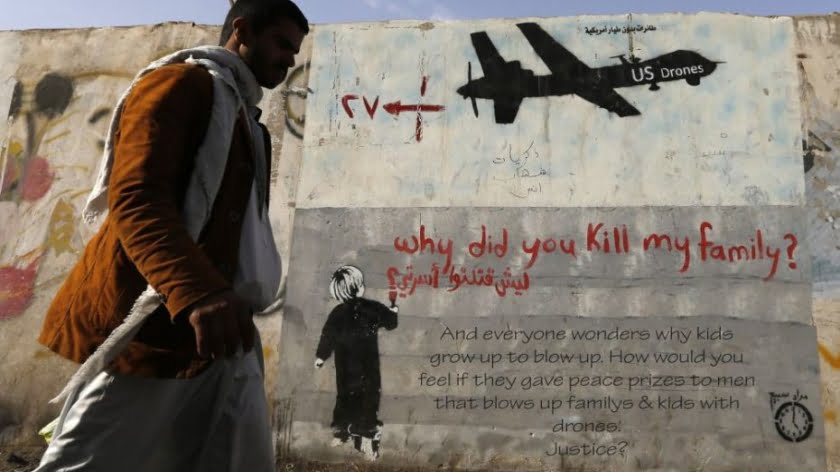 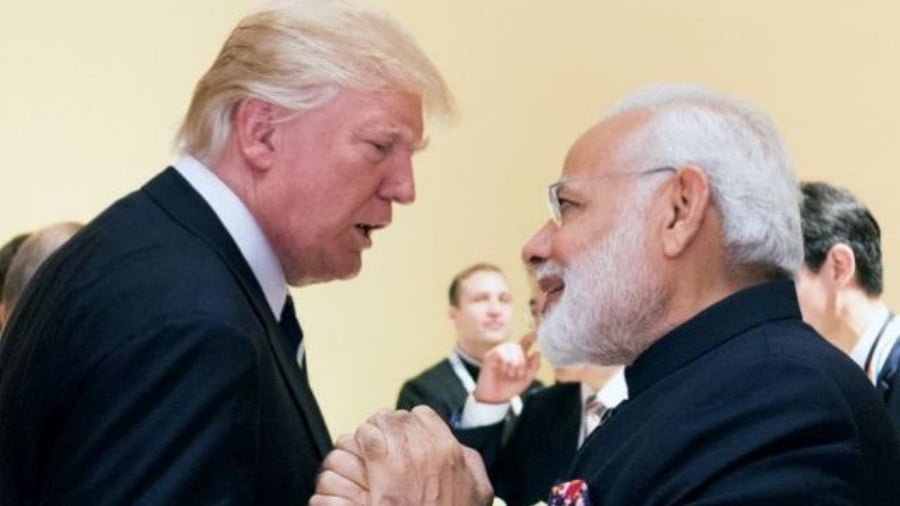 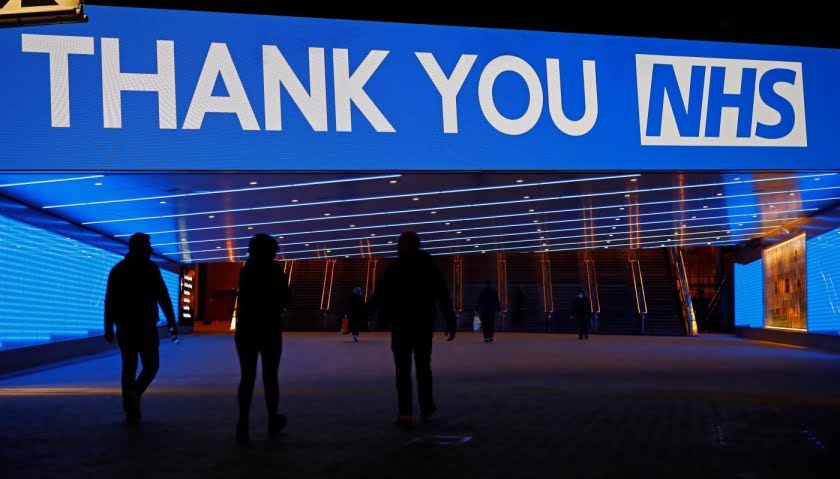 For as many years now as anyone can remember, the national debate has been dominated by two thoughts: Britain is drowning in low skilled immigrants and Britain cannot afford to fund the National Health Service (NHS), which like any other public service has to live with the times. Hence the creeping privatisation of the means… 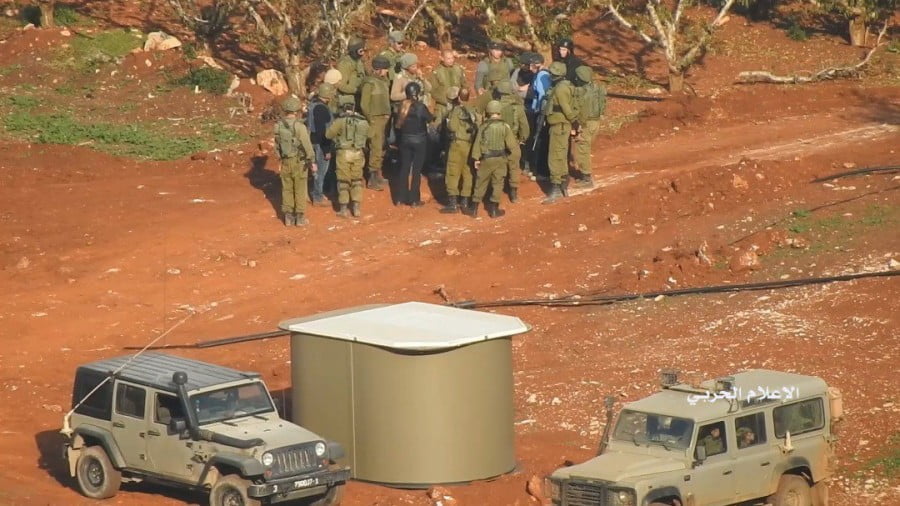 Incoming US President Donald Trump threw a cat among the European pigeons this week after he said that the EU was heading for breakup and that he didn’t care much if that were to happen. In interviews with British and German newspapers, Trump said a whole lot more too. He described Britain’s decision to split…