Millions of women undergo mammograms annually, but few are even remotely aware of just how many dangers they are exposing themselves to in the name of prevention, not the least of which are misdiagnosis, overdiagnosis and the promotion of breast cancer itself.

A study published in the Annals of Family Medicine titled, Long-term psychosocial consequences of false-positive screening mammography, brings to the forefront a major underreported harm of breast screening programs: the very real and lasting trauma associated with a false-positive diagnosis of breast cancer.[1]

The study found that women with false-positive diagnoses of breast cancer, even three years after being declared free of cancer, “consistently reported greater negative psychosocial consequences compared with women who had normal findings in all 12 psychosocial outcomes.”

The psychosocial and existential parameters adversely affected were:

What is even more concerning is that “[S]ix months after final diagnosis, women with false-positive findings reported changes in existential values and inner calmness as great as those reported by women with a diagnosis of breast cancer.”

In other words, even after being “cleared of cancer,” the measurable adverse psychospiritual effects of the trauma of diagnosis were equivalent to actually having breast cancer.

Given that the cumulative probability of false-positive recall or biopsy recommendation after 10 years of screening mammography is at least 50%,[2] this is an issue that will affect the health of millions of women undergoing routine breast screening.

The Curse of False Diagnosis and ‘Bone-Pointing’

Also, we must be cognizant of the fact that these observed ‘psychosocial’ and ‘existential’ adverse effects don’t just cause some vaguely defined ‘mental anguish,’ but translate into objectively quantifiable physiological consequences of a dire nature.

For instance, last year, a groundbreaking study was published in the New England Journal of Medicine showing that, based on data on more than 6 million Swedes aged 30 and older, the risk of suicide was found to be up to 16 times higher and the risk of heart-related death up to 26.9 times higher during the first week following a positive versus a negative cancer diagnosis.[3]

This was the first study of its kind to confirm that the trauma of diagnosis can result in, as the etymology of the Greek word trauma reveals, a “physical wound.” In the same way as Aborigonal cultures had a ‘ritual executioner’ or ‘bone pointer’ known as a Kurdaitcha who by pointing a bone at a victim with the intention of cursing him to death, resulting in the actual self-willed death of the accursed, so too does the modern ritual of medicine reenact ancient belief systems and power differentials, with the modern physician, whether he likes it or not, a ‘priest of the body.’; we must only look to the well-known dialectic of the placebo and nocebo effects to see these powerful, “irrational” processes still operative.

Millions Harmed by Breast Screening Despite Assurances to the Contrary

Research of this kind clearly indicates that the conventional screening process carries health risks, both to body and mind, which may outstrip the very dangers the medical surveillance believes itself responsible for, and effective at, mitigating. For instance, according to a groundbreaking study published last November in New England Journal of Medicine, 1.3 million US women were overdiagnosed and overtreated over the past 30 years.[4] These are the ‘false positives’ that were never caught, resulting in the unnecessary irradiation, chemotherapy poisoning and surgery of approximately 43,000 women each year. Now, when you add to this dismal statistic the millions of ‘false positives’ that while being caught nevertheless resulted in producing traumas within those women, breast screening begins to look like a veritable nightmare of iatrogenesis.

And this does not even account for the radiobiological dangers of the x-ray mammography screening process itself, which may be causing an epidemic of mostly unackowledged radiation-induced breast cancers in exposed populations.

For instance, in 2006, a paper published in the British Journal of Radiobiology, titled “Enhanced biological effectiveness of low energy X-rays and implications for the UK breast screening programme,” revealed the type of radiation used in x-ray-based breast screenings is much more carcinogenic than previously believed:

Recent radiobiological studies have provided compelling evidence that the low energy X-rays as used in mammography are approximately four times – but possibly as much as six times – more effective in causing mutational damage than higher energy X-rays. Since current radiation risk estimates are based on the effects of high energy gamma radiation, this implies that the risks of radiation-induced breast cancers for mammography X-rays are underestimated by the same factor.[5]

Even the breast cancer treatment protocols themselves have recently been found to contribute to enhancing cancer malignancy and increasing mortality. Chemotherapy and radiation both appear to enrich the cancer stem cell populations, which are at the root of breast cancer malignancy and invasiveness. Last year, in fact, the prestigious journal Cancer, a publication of the American Cancer Society, published a study performed by researchers from the Department of Radiation Oncology at the UCLA Jonsson Comprehensive Cancer Center showing that even when radiation kills half of the tumor cells treated, the surviving cells which are resistant to treatment, known as induced breast cancer stem cells (iBCSCs), were up to 30 times more likely to form tumors than the nonirradiated breast cancer cells. In other words, the radiation treatment regresses the total population of cancer cells, generating the false appearance that the treatment is working, but actually increases the ratio of highly malignant to benign cells within that tumor, eventually leading to the iatrogenic (treatment-induced) death of the patient.[6]

What we are increasingly bearing witness to in the biomedical literature itself is that the conventional breast cancer prevention and treatment strategy and protocols are bankrupt. Or, from the perspective of the more cynical observer, it is immensely successful, owing to the fact that it is driving billions of dollars or revenue by producing more of what it claims to be fighting.

The time has come for a radical transformation in the way that we understand, screen for, prevent and treat cancer. It used to be that natural medical advocates didn’t have the so-called peer-reviewed ‘evidence’ to back up their intuitive and/or anecdotal understanding of how to keep the human body in health and balance. That time has passed. GreenMedInfo.com, for instance, has over 20,000 abstracts indexed in support of a return to a medical model where the ‘alternative’ is synthetic, invasive, emergency-modeled medicine, and the norm is using food, herbs, minerals, vitamins and lifestyle changes to maintain, promote and regain optimal health.

[3]Research: Come Diagnoses Kill You Quicker Than The Cancer, April 2012

[5]GreenMedInfo.com, How X-Ray Mammography Is Accelerating the Epidemic of Breast Cancer, June 2012 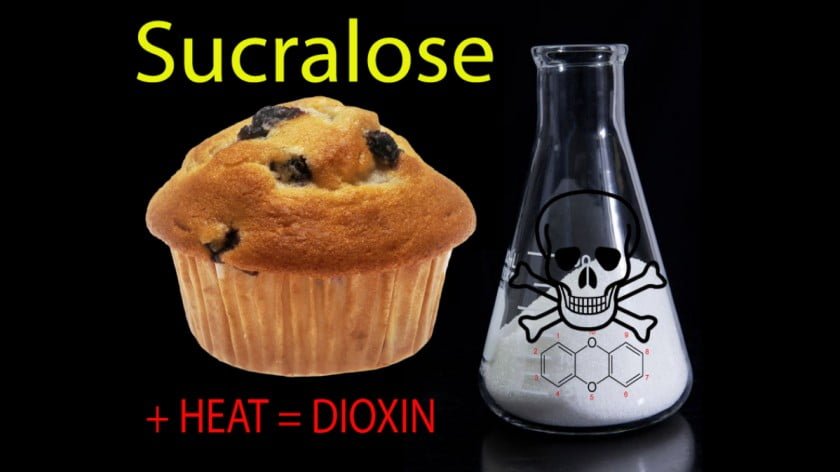 A review on the synthetic sweetener sucralose (marketed as Splenda), published in the journal Toxicology and Environmental Health, overturns widely held misconceptions about the purported safety of this ubiquitous artificial sweetener. Found in tens of thousands of products and used by millions of consumers around the world, sucralose’s unique ability to dissolve in alcohol and methanol…

Nothing’s more true than the old adage, “An ounce of prevention is better than a pound of cure.” Not only does that ounce of prevention save you the nightmare of being sick, probably missing work and most likely accumulating medical bills, but that same “ounce” of prevention may only literally weigh an ounce and cost… 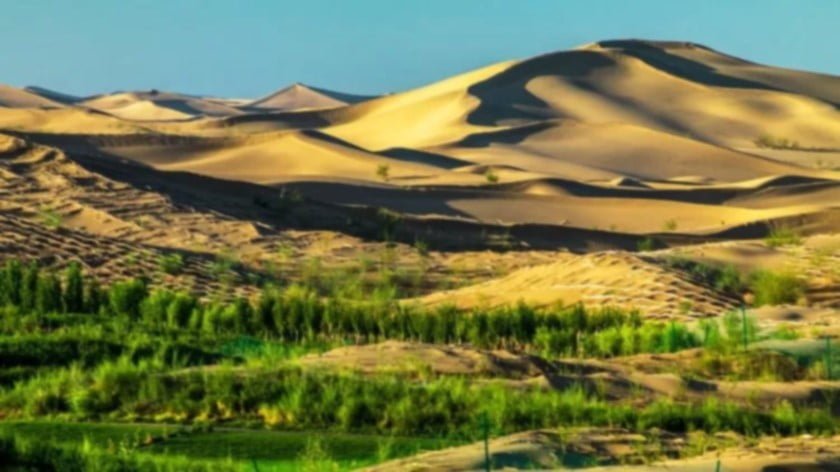 The Great Green Wall is the biggest tree planting project in human history by far and has already reversed the net growth of deserts in China. It seems to be a big success but it’s difficult to be 100% certain as plenty of businesses and government agencies have strong incentives to tout its succeess while those… 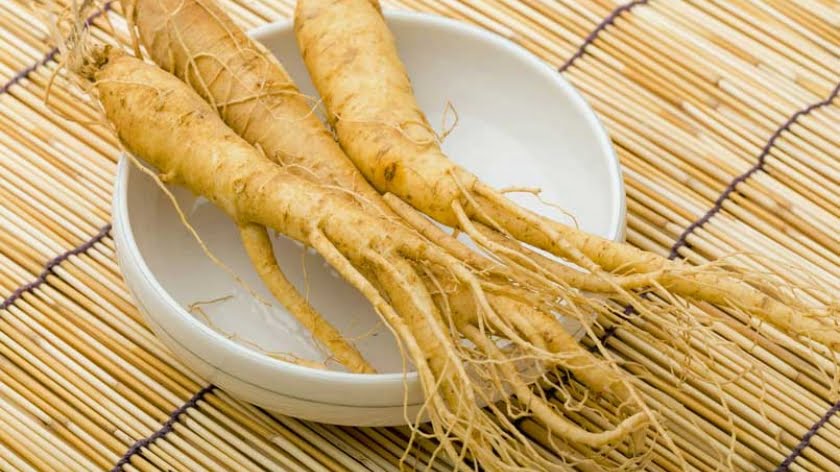 This year is closing on a lunar high note with the spectacular ‘supermoon’ phenomenon expected to occur an incredible three times before the end of 2016 – the first of which can be seen tonight. October 16 is the first night of the year when there will not only be a full moon in the…