Netanyahu called the resolution “shameful.” He went so far as to tell the foreign secretary of New Zealand, one of the countries that brought the resolution forward for a vote, that this action was the equivalent of “an act of war.” He then started recalling Israeli ambassadors from the Security Council states that backed the resolution. Finally, Netanyahu said Israel would “not abide by it [the resolution].” All in all it was quite a performance.

In order to put the prime minister’s outrage in context, let’s look at what, in part, the resolution actually says. It “reaffirms the obligation of Israel, the occupying Power, to abide scrupulously by its legal obligations and responsibilities under the Fourth Geneva Convention relative to the Protection of Civilian Persons in Time of War … and recalling the advisory opinion rendered on 9 July 2004 by the International Court of Justice, condemning all measures aimed at altering the demographic composition, character and status of the Palestinian Territory occupied since 1967, including East Jerusalem, including, inter alia, the construction and expansion of settlements, transfer of Israeli settlers, confiscation of land, demolition of homes and displacement of Palestinian civilians, in violation of international humanitarian law and relevant resolutions…”

In other words, UNSC Resolution 2234 told the Israeli government that it is obliged to follow the rule of law – in this case international law. Mr. Netanyahu’s response was to repudiate that law. Thus, the Israeli prime minister ran from the law – something outlaws do.

This is nothing new. Israel has been acting in a criminal fashion in (among other areas) the West Bank of Palestine for the past 50 years – and doing so with impunity. “Impunity” is the key word here. The prime minister’s response was, in part, to the unexpected refusal of the United States to continue its half-century practice of protecting the Zionist state from any consequences for its illegal behavior.

The response to Israel’s response has been telling. The European leaders have been very low-key in their reaction even though Netanyahu has bad-mouthed and snubbed many of them. The White House position is that Washington has always regarded settlements as “an impediment to peace” and a threat to a two-state solution, so their abstention on the resolution should be seen as consistent and appropriate.

On the other hand, Republicans in Congress sided with Israel. Take for instance the baffling assertion of Sen. John McCain that “Today’s passage of an ill-conceived resolution on Israeli settlements marks another shameful chapter in the bizarre anti-Israel history of the United Nations.” No mention here of the Israeli Prime Minister’s “bizarre” behavior.

However, and this is the important point, what is missing from these responses to Netanyahu’s tantrum is any public recognition of the main point of Resolution 2234. That is the fact that Israel stands in violation of the rule of law. And by doing so for decades, the Zionist state has eroded the force of international law generally. No state leader, including those who directly voted for the resolution at the U.N., has deigned to follow up on this point publicly.

Just to make things very clear, many aspects of civilized society are made possible by the rule of law. It’s the way all of us seek to maintain a tolerable level of order and strive to administer humane justice. However, such efforts can be fragile. There are problems:

— In practice, both laws and justice are traditionally defined by culture. Thus, it is possible that what is legal in one community is illegal in another, and that what is justice in one place might appear to be injustice in another. This is obviously an aspect of Israel’s problem. Israeli governments have seen things through the lens of a culturally determined and racist ideology, which precludes justice for those who have been subjected to ethnic and religious discrimination. Yet history has proven that such practices are a threat to everyone because of the dangerous precedents they set in a world of growing diversity. In such a world, laws assuring humane intergroup relations should be consistent across national and ethnic lines.

—In a world of nation-states, the concept of national sovereignty has often served as protection against outside interference even in the face of criminal state behavior. For instance, a national government can claim that its laws oppressing minority groups reflect national security needs. Israel is not the first state to take just such a position.

Outside states have traditionally been reluctant to interfere lest their own national sovereignty be eroded by the precedent of open intervention. On the other hand, surreptitiously, Western powers have been avid practitioners of selective “regime change.” Hypocrisy is rampant. In such conditions the rule of law and the notion of justice are allowed to remain provincial and, at an extreme, indistinguishable from criminality.

It was in response to these problems that, starting in the Nineteenth Century, efforts began to create international treaties and organizations that promulgated international law – law that seeks to move the concept of justice beyond culture and alleged national interest by giving it universal application. Such efforts were actually attempts to take civilization to a higher level. The horrors that spurred on such efforts, ranging from war crimes to genocide, proved to be strong motivators.

There have been some successes in this effort, notably the series of treaties arrived at in Geneva, Switzerland. Notable here are the Geneva Conventions of 1949, which updated previous agreements in the wake of crimes committed during World War II. Of these, the Fourth Geneva Convention provided protections for civilians in time of war. Resolution 2234 cites this Convention.

Trouble with the Law

The development of international law has always posed a problem for states that are warlike, expansionist or driven by intergroup hatreds. Israel certainly fits this description and the fact, so often brought up by Zionists, that there are other states which also fit the bill, should not be allowed to confuse the issue.

Indeed, Israel has made strenuous efforts to deflect blame and suborn the foreign policies of other states through the use of special interest allies and agents wielding such sophistic arguments. However, such lobbying efforts are starting to bring diminishing returns.

It is the hard reality of Israel’s stubborn refusal to conclude a just peace with the Palestinians, while concurrently stealing their land, that has made the country so notorious – notorious enough that most of the world’s nations are now willing to declare that the Zionist state is in open violation of international law.

Unfortunately, there are no policemen to apprehend criminals of Benjamin Netanyahu’s stature. Even the International Criminal Court will probably not attempt to do so. But that does not mean the Zionist state will continue to escape the consequences of its criminal behavior. Step by step Israel has become a pariah state that lives in increasing social, cultural and economic isolation. It is to be fervently hoped that Netanyahu’s recent tantrum will speed up this process. 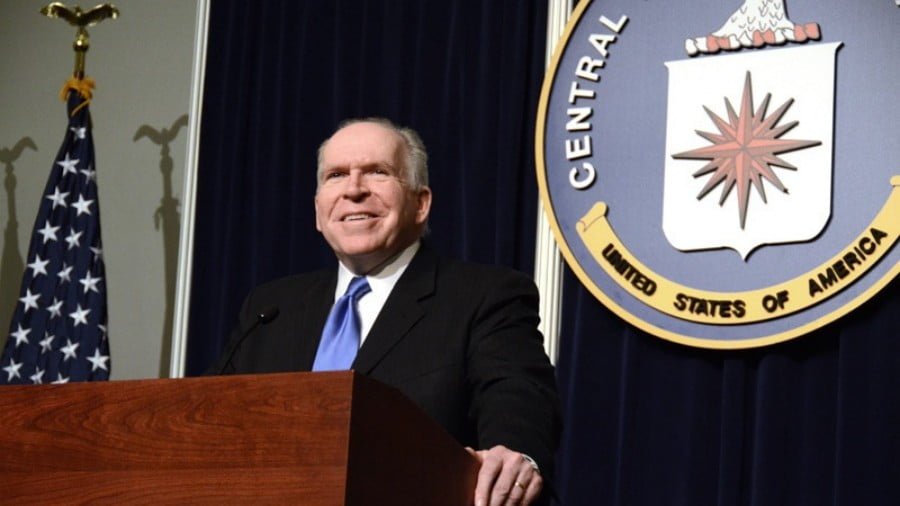 Once upon a time in the United States there was a general perception that organizations like the Federal Bureau of Investigation (FBI) and the Central Intelligence Agency (CIA) were both apolitical and high-minded, existing only to calmly and professionally promote the safety and security of the nation. Directors of both organizations often retired quietly without… 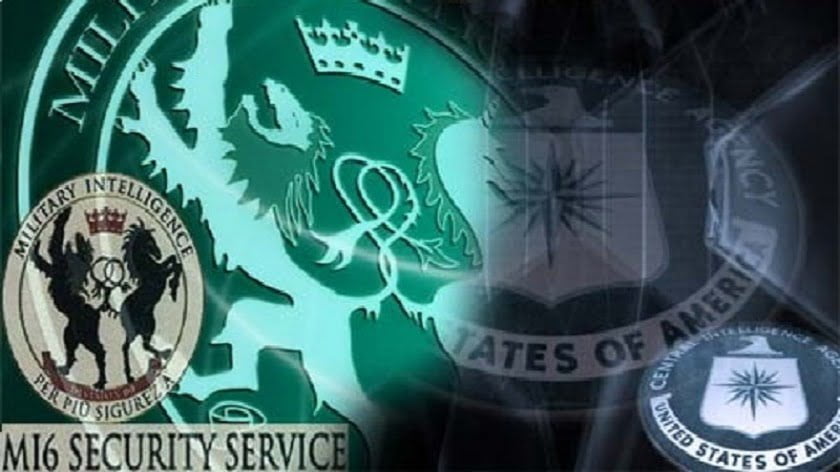 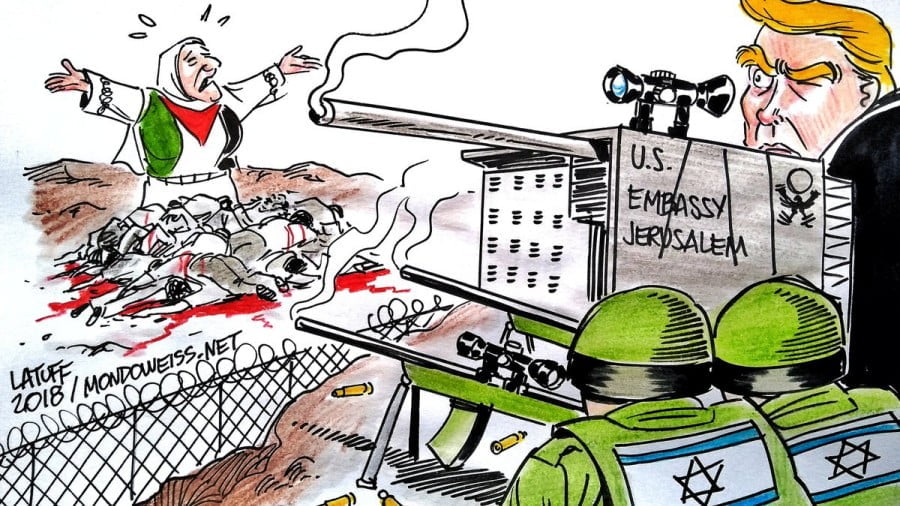 While many European parliamentarians have been outspoken in their disgust at the “horrific” one-sided atrocity being clearly observed in the Israeli slaughter of Palestinian demonstrators last week, most of their U.S. counterparts appear to have lost their ability to express themselves over the egregious human rights violations being committed by the Israeli Army in Gaza…. 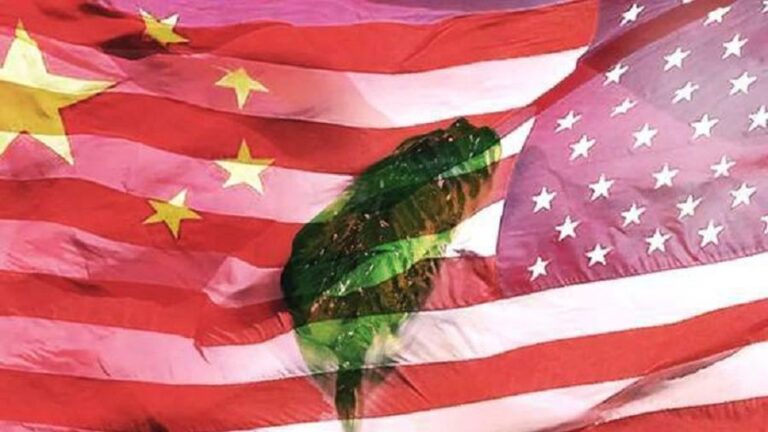 Just as a member of the media reportedly misled Biden earlier this year into saying something that he didn’t mean about President Putin, perhaps by manipulating his speculative cognitive challenges that were earlier touched upon, so too might the same factor have been at play when it came to Taiwan last month. US President Joe… 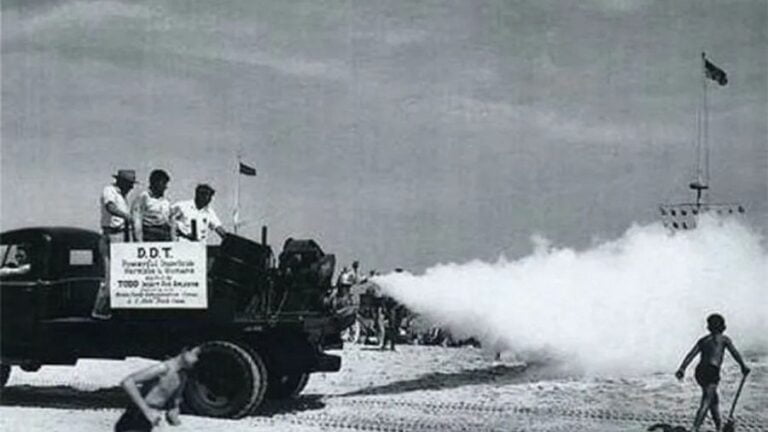 One of the outcomes of the alleged new SARS Covid virus that publicly emerged in 2019 is that the medical specialization of virology has been raised to a stature almost Godlike in the media. Few understand the origins of virology and its elevation into a leading role in today’s medicine practice. For this we need…