When considering the concept of ‘brainwashing’ most people still think in terms of the methods used by the totalitarian communist societies of the last century. One of the best examples of those methods was provided by the Pitești prison in Romania which sought to re-educate (or murder) previous members of the Legion of St Michael the Archangel (Iron Guard) along with religious believers of all kinds, including Jews. The regime was brutal in the extreme and relied on using the inmates to torture each other. But it was only partially successful; many prisoners who survived emerged with exactly the same beliefs as when they had entered. This was because communist totalitarian societies were far too crude in their understanding of the methods of how to create ‘the one-dimensional man’ which they so desired; you simply can’t ‘beat people into thinking the way you do’. Humans are by nature suspicious and if you just tell people to believe something some of them at least will smell a rat.

This being the case how is it that we have arrived at a society in the West (and increasingly in all the world) where everyone (apart from the lumpen masses and few isolated ‘regressive’ groups) holds to pretty much the same ‘values’, subscribes to the same world-view and beats along to the same drum? ‘Ah, but…!’ I hear you say, ‘our age is the age of diversity, in fact there are multiple world-views expressed all the time in our society!’ In response I would say that such differences are only superficial and that most people at large and 100% of people in academia and the media ascribe to the so-called ‘values’ of modern liberal secularism.

These absolutely unquestioned ‘values’ are expressed by such things as: the raising of so-called ‘human rights’ into an ersatz religion, obsession with sexual ‘freedom’, the demonisation of  traditionalist peoples and their customs and, more topically, the demonisation of Russia and Donald Trump.

It is almost impossible to argue with those poor souls who are victims of this most insidious form of brainwashing because they will not even accept that what they take for granted is a world-view (and a very shaky one at that). They believe it is simply ‘neutral’ in the same way that the BBC laughably believes itself to be. I have written before that ‘the fish does not know what water is’ and this is still the best description of the results of today’s brain-washing. The best way to explain to the fish that the stuff that it is swimming in is called water and that there is another world which does not consist of water is to (albeit temporarily) remove it from the water in which it lives and breathes. But such a cure risks killing the fish through shock when it realises that another world exists beyond its own. But it is not simply that their views or ‘values’ are never called into question by the media and the world which surrounds them, I think it is also fair to say that the great majority of such people are characterised by a vertiginous ignorance of world history and culture.

I will illustrate by way of example. How do you argue with someone about the situation in the Middle East and particularly Syria when all of their views on the matter have been received from one, and only one source (the Western media)? Such people rarely know much about the history of the Late Ottoman period or the power-vacuum created by the collapse of the Soviet Union. Tragically such imbeciles were actually sent to torment the region from the West as is illustrated by the legendary story of the American general who, upon meeting with an Iraqi Christian, asked in amazement “So when did your family convert?” “Oh, about 2000 years ago” came the reply. It is much easier to brainwash people who have no connection to any culture and no knowledge of history.  To anyone who actually knows the history and the facts, the portrayal of the turmoil in the Middle East and particularly Syria by the Western Media appears as the most incredible fairy-tale.

At a Syrian church recently I met with people who were utterly bewildered by the BBC’s coverage of this conflict, in their eyes, Putin should be in receipt of a Nobel Peace Prize and should perhaps be raised into the equivalent of the ‘Righteous Among the Nations’ for stopping the genocide of Christians by the Western-sponsored militants in that country. But you cannot even start to tell this to a victim of brainwashing because they ‘know’ that Putin ‘persecutes’ homosexuals and has invaded a country called Ukraine (now where is that again?). So the best way to brainwash is to create an entire society where only one world-view is allowed and only one system of ‘values’  dominates everywhere but (and this is crucial) it must be done without force.

It must in fact be done with the utmost “gentleness” or “killing you with kindness” by way of the euphemistic new-speak and it must castigate all contradiction as ‘hate-speech’.

Now the results of all this are very sad and very bad, not simply because the worldview described is at best load of baloney, but because it is also killing history and culture. In history faculties students often read more books on so-called ‘theory’ than they do of actual history. Along with this is the tendency to write history with the unspoken but ever-present moral framework of liberal secularism lurking in every sentence. This has led to what I call ‘the infantilisation of history’ where all pre-modern history is about the story of ‘previously excluded voices’ or ‘marginalised people’ and all modern history (even Napoleonic history) is about Hitler being ‘a very bad man’ and the necessity of ‘never repeating fascism’ (ie, anything other than modern liberal secularism). In literature the results have been even more devastating and I would even go as far as to say that it is very unlikely and probably impossible that a truly great writer will ever emerge again.

Instead of Mishima we have Murakami and instead of T.S. Eliot we have Seamus Heaney. It goes without saying that a genius like Louis-Ferdinand Celine or Dostoevsky could never emerge from our current one-dimensional culture (and certainly if they did they would immediately be pilloried for hate-speech or simply ignored). But it is also true, and even though liberals will be aggrieved by it, that even the more left-leaning (although one should be careful here) great writers of the last century such as Rilke, Broch, Musil and Thomas Bernhard could never appear today from the watered-down culture in which we live. This is because ‘dumbing-down’ goes hand-in-hand with the ‘inclusive’ evangelism of the liberal elite. In our egalitarian days when everyone is an artist and everyone is a writer there are actually no artists and no writers. The problem is that although the all-pervasive dogma of the liberals purports to be a ‘system of values’ it is in fact a system emptied of all belief, or even the notion of belief. T.S Eliot readily recognised this in his controversial ‘fascist’ essay After Strange Gods, writing about blasphemy he concluded; “I repeat that I am not defending blasphemy; I am reproaching a world in which blasphemy is impossible.” 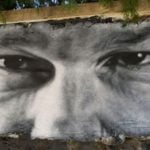