For Allies & Foes Alike, All Roads Lead to Moscow as Mideast’s Main Player

In the same week that the United States sent thousands of additional troops to Kuwait for deployment in Iraq and Syria, Russia was busy pursuing a heavy-duty diplomatic deployment.

The contrast speaks of a paradigm-shift in geopolitics. Russia has become the main player in the future of the vital Middle East region, where the US and its European allies formerly claimed to be the lynchpin powers.

The next day, it was Turkish leader Recep Tayyip Erdogan’s turn to be greeted in the Kremlin. The meeting in Moscow confirms the restored relations since the fatal Turkish shoot-down of a Russian fighter jet over Syria in November 2015.

Russia can rightly claim to have gained the respect of virtually all the countries in the Middle East, ranging from allies and foes alike. Syria and Iran, longtime allies, have expressed gratitude for Moscow’s military intervention in Syria to salvage that country from a nearly six-year war, while, at the same time, states normally thought of as US clients, such as Israel, Turkey, Saudi Arabia, have also paid their respects to Russia over its principled use of military force to stabilize the restive region.

The latter countries are particularly significant, given that they have backed proxy forces in Syria that have been fighting against Russia’s ally, the Syrian government of President Assad. Israel and Saudi Arabia are also implacably opposed to Iran, another key Russian ally.

But here is a measure of Russia’s kudos in the region. When Israel’s Netanyahu came to Moscow this week – his third visit in 16 months – he was reportedly put in his place by Putin over a remark he had made comparing Iran to ancient Persia, claiming it was trying to “destroy Jews.” Putin wagged his finger and told the Israeli leader to “stop dwelling in the past” and instead deal with a “changed world”. The bumptious Netanyahu was suitably quietened by the admonishment.

It’s hard to imagine any other international leader commanding that kind of deference.

Putin to Netanyahu: Don’t judge Iran by 5th century BC, we live in a different world https://t.co/jYF5rSKF3j pic.twitter.com/NDRF5XTMqq

Other countries in the Middle East that have recently sought renewed contact with Russia include Egypt, Libya, Qatar, and Bahrain.

The remarkable thing is how Russia has been able to garner the respect of such a diverse range of states with such divergent political and religious outlooks, some vehemently opposed to each other. Yet, in Russia, they all find a reliable gravitational center.

American political commentator Randy Martin says that the leadership displayed by Russia stems from a fundamental difference in how the US operates. He says that Moscow genuinely wants to build peace and development in the region, whereas Washington has always been motivated by selfish reasons of hegemonic dominance.

Says Martin: “Russia under Putin is trying to build relationships, regional development, multilateralism and peace-making. Russia understands that the only viable future for itself and others is to create a stable, multi-polar international order. And Russia is showing true leadership by demonstrating a principled tolerance of others.”

The commentator added: “It is instructive to contrast Russian military intervention and subsequent diplomacy with that of the US. Everywhere the US has been involved in has imploded in relentless violence and failure. That’s because Washington is only interested in exploiting the oil-rich region ultimately for its own strategic ends. By contrast, Russia has a real stake in the region’s future as a neighbor and partner.”

After witnessing a series of destructive US-led wars across the region, from Afghanistan and Iraq to Libya, it seems the Russian government has made a strategic resolution that the apocalyptic dynamic had to stop, not just for its own sake, but for the world at large. Syria was the line in the sand.

'What are they [foreign troops] going to do? To fight ISIS? The Americans lost nearly every war' – Assad https://t.co/Ull0Qzck6Q pic.twitter.com/arClIighfl

Through the principled use of military power, Russia’s intervention in Syria has put out the flames of a conflict that was threatening to engulf the entire region. While Washington and its clients who backed regime-change have cause to be displeased with Russia’s intervention, nevertheless, there can at least be a tacit acknowledgement that it was Russia’s leader, Vladimir Putin, who brought the madness to an end.

That newfound respect for Russian power has materialized in the sponsorship of peace talks on Syria by Russia and Turkey. Both countries brokered a ceasefire in December, which has largely held, to facilitate two rounds of negotiations between the Assad government and the Syrian opposition. Those talks in Astana, Kazakhstan, have now paved the way for rebooted peace negotiations in Geneva next week under the auspices of the United Nations.

In his meeting with Erdogan in Moscow this week, Putin noted that the talks in Astana were the “first time ever that the conflicting parties in Syria came to the negotiating table.” He added that “this tangible result” was grounds for “cautious optimism for a full-fledged political settlement.”

Of greater significance, Putin referred to Russia’s bigger strategic picture. He said that the political talks marked the “start of the process of rebuilding Syria and others countries in the region.”

The bedrock principle laid down by the Russian leader is respect for sovereignty. That applies to Russia’s allies as well as their foes. Moscow is saying that if the conflict-torn region is to have any future then, at a minimum, each and every player must have a modicum of respect for sovereignty. The dark days of zero-sum, regime-change intrigues against others must end.

Through its commendable stand in the Mideast, Russia has shown that it is a power that can be trusted, whereas the US and its European allies have been fatally compromised through their own unscrupulous, treacherous scheming. Not even supposed allies have confidence that Western powers can be trusted in the long-run.

The case of Turkey and Israel – both ardent allies of Washington – coming to Moscow this week to pay homage to Putin shows that they realize that Russia, despite their political differences, has become the indispensable player in the region. Washington, London, and Paris are like yesterday’s men.

Randy Martin, the political commentator, says that the consummate difference between Russia and the US is due to the former’s profound understanding of war and peace.

“Russia knows the cost of war, and so appreciates the price of peace,” says Martin. “Given the vast destruction and pain that Russia endured through war over the past century, perhaps no other country on the planet has a better understanding of the importance of making peace. By contrast, the US has never experienced the suffering of war the way Russia has. The US only knows how to incite war and inflict suffering.”

This fundamental distinction appears to be why Russia has emerged as a reliable leader in the war-torn Middle East and beyond. It is a power that others can respect.

It’s those that don’t respect Russia – Washington and its surrogates in Europe – who accuse Putin of being an aggressor, who are showing their true colors. Their accusations are projections of their own aggressor-status. Russia is putting an end to their warmongering through genuine world leadership – and that is why they jealously slander Putin as an aggressor. 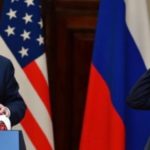 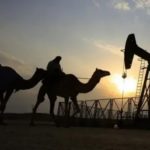