Where to Go with Turkey

The dizzying spiral of incompetent military and political interventions carried out by Washington in the Middle East suggests strongly that the best U.S. foreign policy would be one that is essentially inert. One only has to look at the inherent contradictions in what appears to be the Trump Administration policy towards Syria to understand how the United States has somehow gone down a path that leads nowhere. Last week, NATO member and nominal U.S. ally Turkey bombed Kurdish militiamen operating against ISIS in Iraq and Syria. Iraq is an American ally and one group of Kurds that suffered twenty fatalities was being advised by U.S. special forces. The Kurds, who are reported to be the most effective soldiers in the American supported pushback against ISIS, are described by the Turkish government as terrorists. No Americans were killed in the Turkish bombing but that was more a matter of luck than any benign intention on the part of the Turks.

Turkish and American policies are largely out of sync because they have different goals. The Trump campaign’s stated Middle Eastern policy, which has already been modified, was to destroy ISIS without any further entanglement in the region. Turkey’s objective has been from the beginning to forestall any creation of an independent Kurdish state near its border that might serve as a haven for what it describes as terrorism from the PKK and other related groups. All other interests are secondary and it has cooperated with ISIS as well as with al-Ansar when it has felt that to be desirable.

Both Washington and Ankara do now agree that it is necessary to replace the government of Syrian President Bashar al-Assad, which, if anything, exemplifies the essential unreality of what the two nations are seeking to accomplish. Washington has, in doing so, inserted itself more deeply into the Syrian quagmire while at the same time seeking to hobble the most effective force against ISIS, which is the Syrian military. And, as collateral damage, it has harmed, possibly beyond repair, the relationship with Russia.

Turkey, for its part, would wind up with a Syria that will lack a strong central government and will produce the devolution into tribal and religio-ethnic units that will undoubtedly include a Kurdish self-rule region similar to that which has developed in neighboring Iraq. Both Washington and Ankara have therefore come down on a policy alignment that cannot be successful without major direct intervention and retention of ground troops along the lines of Afghanistan that will wind up creating even greater problems as the entire situation unravels.

Turkey is undeniably a major player in the Middle East. With a large and relatively well-educated population and a diversified industrial base, it possesses a powerful and well-equipped army. It would be considered important in any reckoning, but it also benefits from geography as a bridge between Europe and Asia, between the Muslim and Christian worlds. For the United States and Western Europe there is another dimension as Turkey is also part of NATO, a treaty that has as Article 5 a key mandate compelling all alliance members to come to the aid of any one member that is attacked. It is referred to as “collective defense.”

Article 5 is particularly important as Turkey has already tried to stage a false flag attack on the part of Syria as well as a shoot-down of a Russian warplane to draw the NATO alliance in on its war to bring down al-Assad. Incredibly, in the false flag attempt on a shrine in Syria guarded by Turkish soldiers, Erdogan and his security chief were willing to kill their own troops to accomplish that end. Erdogan has also threatened to invade and occupy parts of neighboring Iraq and Syria to “protect Turks.” Turkey also has supported ISIS when it suited its government to do so and has reportedly been a supplier of sarin gas to rebels inside Syria.

Turkish President Recep Tayyip Erdogan’s recent margin of victory in a referendum that will grant him near dictatorial powers was razor thin. It was run under a national state of emergency controlled by Erdogan, who worked relentlessly to heighten both xenophobia and the fears of the voters over terrorism. The actual result was nevertheless obtained through nationwide organized fraud, with policemen and local officials standing inside polling stations and demanding that voters mark their ballots in front of them to insure “yes” votes. Even some Kurdish parts of Turkey apparently and mysteriously wound up with large numbers of votes for Erdogan, the man who has called them terrorists and waged a bloody campaign of repression in the country’s southeast. The Stockholm Center for Freedom noted “widespread and systematic election fraud, violent incidents and scandalous steps taken by the biased Supreme Board of Elections.” Germany has called for an inquiry into the allegations of election fraud.

European observers noted critically that in the lead-up to the voting the Turkish public was subjected to an unrelenting barrage of propaganda supporting Erdogan, a reflection of the fact that the potential opposition media had either been shut down or cowed into submission. Opposition rallies were banned and opposition demonstrators were beaten and arrested. When the German and Dutch governments refused to allow Turkish government officials to hold massive rallies of expatriate Turks in their countries, Erdogan called them Nazis, vowed revenge, and threatened to unleash terrorism in Europe.

The first foreign leader to call Erdogan and congratulate him on his win was President Donald Trump and it is also reported that Erdogan will be making a state visit to Washington later this month. Instead of a warm welcome, the United States government should be taking steps to boot Turkey out of NATO and minimize various aspects of its relationship with Ankara.

Erdogan has deliberately and cynically destroyed democracy in Turkey. In the aftermath of the recent referendum he immediately moved to arrest even more citizens who have criticized him and to fire nearly 4,000 more government employees, referring to them as traitors. He is an autocrat who might even better be described as a megalomaniac driven to promote policies that are both self-serving and erratic that rely on incendiary populist appeals to maintain power. He heads an increasingly corrupt regime and has ruthlessly sacrificed his own people to his own ambition while opening the door to a new wave of terror within Turkey itself.

Erdogan has done much of this by exploiting an apparent coup against him in July 2016, which he might have known about in advance. The coup plotters, drawn from the military, appear to have been appalled by the domestic and international violence unleashed by Erdogan, calling themselves a “peace at home council.” Erdogan took advantage of the coup by staging mass arrests and granting to himself emergency powers, an authority that has since been extended and which he still exploits.

Erdogan has been jailing journalists for the past four years on charges of treason and has made it a crime to criticize himself. Thirty journalists from the opposition newspaper Zaman are now facing life in prison sentencing from courts that will do whatever the president wants and there have also been demands from Erdogan to reinstate the death penalty for “traitors.” Turkish citizens who demonstrate against his grandiose building projects are called “terrorists” before being arrested, beaten and shot. He has fired judges and policemen who have tried to investigate various crimes connected to large scale corruption involving his immediate family and key supporters. He has fired and jailed elected and appointed government officials, including parliamentarians. He has promoted his own particular strict brand of Islam and has introduced Islamic legislation in violation of the Turkish constitution, built new mosques and religious schools and shut down much secular education. The new government approved curriculum in schools is to be based on religion and relies on teachers approved for their piety.

Since July, Erdogan has rounded up and arrested more than 160,000 Turks, including 47,000 who have been sent to prison. Many suffered from the misfortunate of appearing on an “enemies” list, which clearly was prepared and ready before the coup. Some of those arrested are being tortured to produce confessions implicating others. More than 140,000 other Turks have lost their jobs in purges at universities, hospitals, schools and military bases. Turkish Consulates and Embassies abroad have been ordered by Ankara to compile lists of local Turks who might be considered “disloyal” to the president. Owning the wrong kind of book or having attended a suspect school has been enough to ruin someone’s life and, at one point, even possessing a dollar bill was considered a sign that one was part of a conspiracy. Some have compared today’s Turkey to an “open air prison.”

The social media are being shut down or censored and both emails and phone calls are being monitored by the formidably effective Turkish Military Intelligence Service (MIT). Demonstrators brave enough to go against Erdogan are treated as enemies of the state, some being arrested in the middle of the night, and the once powerful Turkish military is being turned into a version of an Islamic militia with its leaders owing both their positions and loyalty to the president.

The Stalinist-style purge list includes a large part of Turkey’s educated elite and is being driven by both class and the rural-urban divide, with Erdogan’s own rock solid political support coming from the deeply religious but poorly educated Anatolians. Ironically, in terms of European and American interests, it is the more cosmopolitan Turks who are most supportive of western values and democracy and it is they who will suffer most. In the recent referendum, all the major cities in Turkey voted against Erdogan while the rural countryside went solidly for him. Throw in the fraud and it was enough for the “new Sultan” to declare victory.

I am a great admirer of the Turkish people and it is unfortunately true that quite ordinary Turks will inevitably be the ones who will pay the price most in the “new Turkey” of Erdogan. U.S. interests relating to an increasingly demanding and abrasive Turkey are largely limited to the use of Incirlik Airbase to bomb Syria. Against that, Turkey offers little or nothing to the effort to eliminate terrorist groups from the region as it is more interested in killing Kurds than Sunni radicals, with whom it has enjoyed friendly relations. It is time to cut back on the tie that binds both at NATO in Brussels and in Washington unless political prisoners are released and basic rights are restored. Erdogan has become a loose cannon on deck, a short-term asset in permitting access to an airbase, but a major liability in almost every other respect. As democracy vanishes in Ankara it is time to get back to basics. Washington should respect the right of every country to select the kind of government it wants and it should maintain friendly relations whenever possible, but that doesn’t mean we Americans have to provide our seal of approval on the process.

The Price of Friendship with Washington 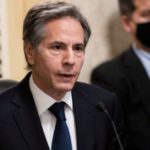