Over the weekend, the New York Times reported that President Trump’s National Security Adviser H.R. McMaster will soon be proposing yet another troop increase in Afghanistan. According to the Times, “The White House shelved the deliberations over Afghanistan three weeks ago, after an initial Pentagon proposal to deploy up to 5,000 additional American troops ran into fierce resistance” from White House chief strategist Stephen K. Bannon and other advisers.

But McMaster, reports the Times, is “undeterred” and “plans to bring the debate back to the front burner this coming week,” according to an anonymous U.S. official.

The current debate recalls the early days of the Obama administration when President Obama was basically railroaded by Secretary of Defense Bob Gates, Secretary of State Hillary Clinton and Generals David Petraeus and Stanley McChrystal into sending over 30,000 U.S. troops in an ill-fated “surge” that was advertised by its supporters as the answer to the Afghan quagmire. But the “surge,” rather than resulting in victory, produced a rash of “green on blue” attacks by our alleged Afghan allies upon U.S. troops.

It is worth recalling that the Afgha “surge” was a policy that was enthusiastically endorsed by the U.S. Establishment. As the editorial board of the New York Times wrote in May 2009: “We hope… that the president and his team have come up with a strategy that will combine aggressive counterinsurgency tactics with economic development.” Washington think tanks, such as the Center for a New American Security and the Brookings Institution, also lined up in support. Yet the results were abysmal: more U.S. troops died in Afghanistan under Obama than under George W. Bush. Overall, the war in Afghanistan, which is now in its 16th year, has taken the lives of over 31,000 Afghani civilians – and by some estimates perhaps10 times over – and over 3,500 members of the U.S.-led coalition at a cost of over $1 trillion.

But never mind this uncomfortable and tragic history. For the Times, what’s important is that Trump’s Defense Secretary James Mattis and H.R. McMaster “are steeped in counterinsurgency doctrine — the strategy that helped lead Mr. Obama to order a deployment of 30,000 troops to Afghanistan in 2009.” And judging by much of the literature and reportage on the decade-and-a-half-long war in Afghanistan, counterinsurgency doctrine (or COIN) has, despite zero success, never lost its luster inside the Beltway.

When it comes to COIN, old habits die hard. The Brookings Institution’s Michael O’Hanlon, a stalwart supporter of counterinsurgency doctrine in Iraq and a cheerleader for the 2009 Afghan “surge,” is now calling for a “mini-surge” in Afghanistan. According to Hanlon, the war may not end anytime soon, “but maybe that’s okay, given how relatively modest in scale and risk the mission has become, and how modest it will remain even if President Trump adds several thousand more troops to the mix.“ [Emphasis mine].

“An increase of several thousand U.S. and NATO troops in Afghanistan,” says O’Hanlon, “has a sound logic behind it.”

The misplaced enthusiasm for sending evermore troops to Afghanistan is predicated in large part by an almost religious faith in counterinsurgency doctrine, which is often cited as the key to General David Petraeus’s (allegedly) “successful surge” in Iraq in 2007.

Yet as the historian and retired Army colonel Andrew Bacevich has pointed out, COIN has “enabled senior civilian and military officials to sustain the pretense of having reasserted a measure of control over a situation in which they have exercised next to none.” [For why the “successful surge” myth has been so popular in Official Washington, click here.]

Having failed on its own terms, that is, to bring a measure of political stability to Iraq and Afghanistan, COIN’s proponents nevertheless persist. Indeed, counterinsurgency expert and former president of CNAS John Nagl was quoted in the Times asking “what is the alternative?” to McMaster’s proposed troop increase.

Actually, there are alternatives (there always are). It’s just that these tend not to have the institutional backing of Washington’s policy/think tank community which, because it is deeply compromised by its defense industry funders, rarely given them voice or consideration.

For example, Professors Stephen Walt and John J. Mearsheimer have proposed an eminently sensible strategy of “offshore balancing” which would forgo the use of U.S. ground forces and instead rely on an “over the horizon” force that would serve as a deterrent to the rise of potential regional hegemons while “eschewing social engineering and minimizing the United States’ military foot­print.”

According to Walt and Mearsheimer, the U.S. is currently committed to “spreading democracy in unfamiliar places, which sometimes requires military occupation and always involves interfering with local political arrangements.”

The problem with this approach — which, as it happens, is the most serious objection to McMaster’s plan — is that ever greater number of boots on the ground “invariably foster nationalist resentment.”

MIT’s Barry Posen has proposed a strategy along similar lines. In his 2014 book Restraint: A New Foundation for US Strategy, Posen correctly observes that U.S. objectives in Afghanistan are “probably unachievable.” After all, “despite much US and NATO instruction” Afghanistan’s “military, and police remain poorly trained, inadequately armed, sometimes corrupt, and only intermittently motivated.”

What to do? Send in more troops, as per Mattis and McMaster? No: the wisest course of action would be for the U.S. to moderate its goals, which, according to Posen, “means ratcheting down the US counterinsurgency, nation-building project in Afghanistan at the earliest possible time.”

As the latest iteration of the counterinsurgency debate kicks off this week, the time to consider serious alternatives to America’s current (and failed) strategy in Afghanistan is now.

Armenia and its supporters are waging a five-phase infowar strategy against Azerbaijan which selectively relies on international legal claims, wrongly blames Turkey for sparking the Nagorno-Karabakh Continuation War, decontextualizes the unverified reports about Ankara allegedly sending Syrian fighters to the battlefield, tries to pit Russia against Turkey, and falsely portrays the conflict as a so-called… 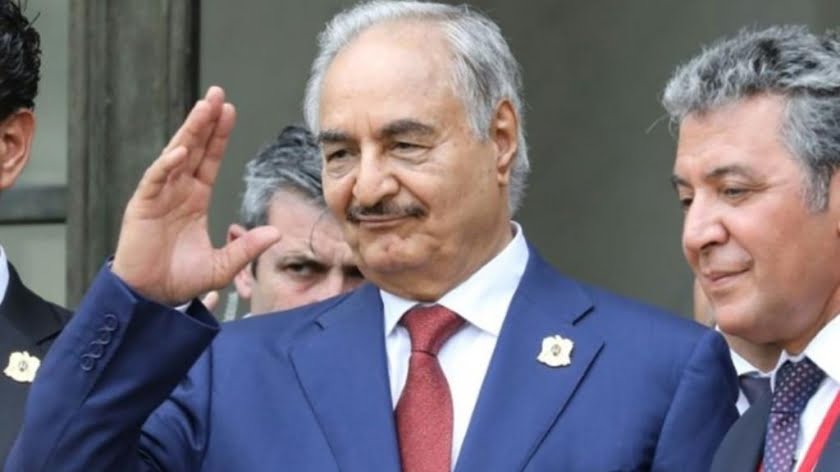 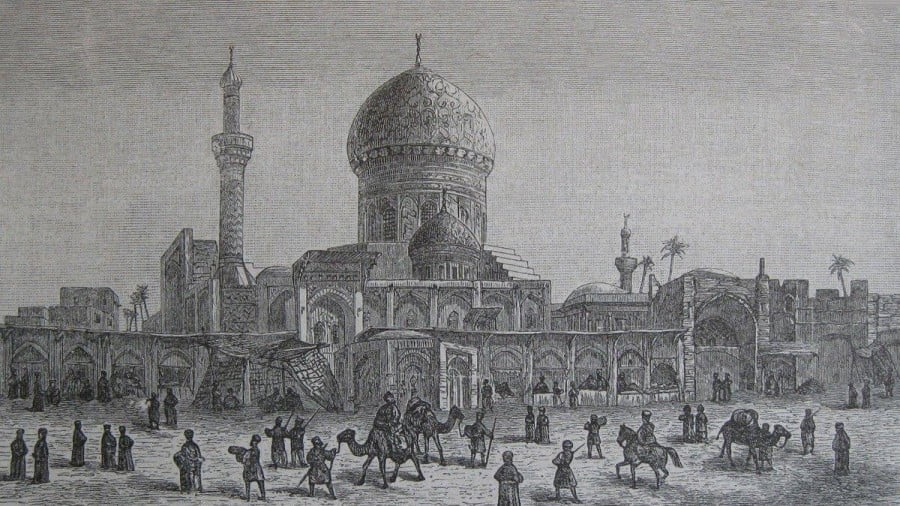 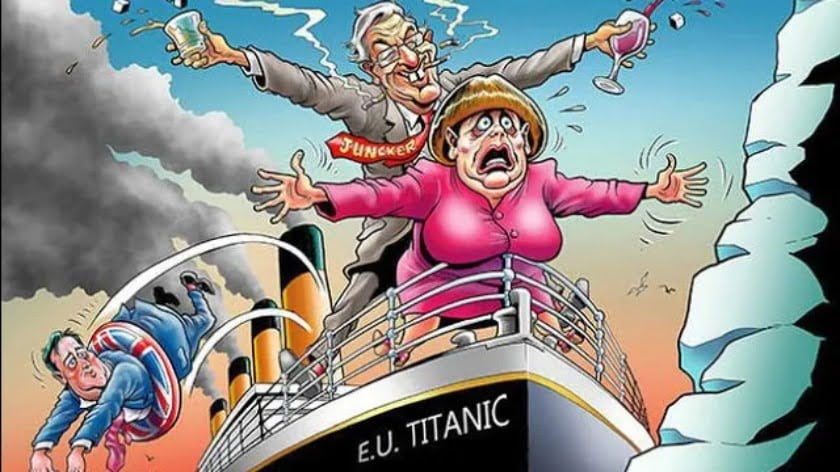 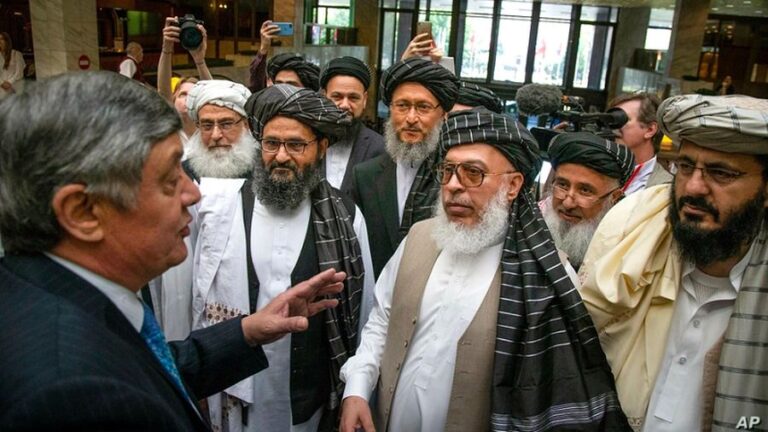