The Kalashnikov AK-47 is certainly one of the most iconic automatic weapons ever devised. Today, nearly 70 years after its debut, worldwide demand continues to rise so rapidly that the company announced earlier in the year that they were hiring 1,700 employees to meet projected sales.

While the AK-47 is known for its bare-bones utility, Kalashnikov is clearly seeing the present trend in warfare that is leading to a future where an increasing number of robots will share the battlefield with humans, and will be empowered with a rising degree of autonomy via artificial intelligence.

Despite an ongoing debate at the U.N. about “killer robots,” and polls which suggest that the general public is very concerned about giving robots decision-making capability, ethical guidelines for their development have yet to be fully established. Nevertheless, business is booming for all things robotic and deadly in military circles, and the creation of innovative new ways to get the upper hand in the ever-present global arms race is only accelerating.

Defense One is reporting that Kalashnikov is “building ‘a range of products based on neural networks,’ including a ‘fully automated combat module’ that can identify and shoot at its targets.” (See video at end of article.)

This statement seems to indicate that decisions would be made free of a human operator, something that Defense One claims is in opposition to U.S. policy.

Russia’s willingness to embrace lethal autonomy stands in stark contrast to U.S. policy. In 2012, then-Deputy Defense Secretary Ash Carter (later defense secretary) signed a directive forbidding the U.S. to allow any robot or machine to take lethal action without the supervision of a human operator.

In2015, then-Deputy Defense Secretary Bob Work said fully automated killing machines were un-American. “I will make a hypothesis: that authoritarian regimes who believe people are weaknesses,” he said, “that they cannot be trusted, they will naturally gravitate toward totally automated solutions. Why do I know that? Because that is exactly the way the Soviets conceived of their reconnaissance strike complex. It was going to be completely automated. We believe that the advantage we have as we start this competition is our people.”

While I am certainly not about to defend the Russian military complex, nor anyone involved with making any piece of warfare, the assertion that the U.S. has taken some sort of high ground in their development of autonomous weapons is simply parsing words and citing a story as yet unwritten. After all, there wouldn’t be a debate in the U.S. about killer robots without having invented them in the first place.

I recently covered this emerging narrative that the U.S. is being put in a precarious position by “hostile regimes” who will not adhere to the supposed moral boundaries maintained by the U.S. military. History alone should undermine such notions about those boundaries, but even leaving that aside it’s a disingenuous line of reasoning when one considers modern U.S. military investment. The idea that the U.S. is somehow in need of playing catch-up to the (always unforeseen) dastardly misuse of weapons by “rogue nations” is actually a problem-reaction-solution strategy that has an official name: Third Offset Strategy. As I stated in a previous article:

This concept completely ignores the fact that the U.S. is the only nation to have used the nuclear weapons they supposedly developed as the first offset; that they have lied to get into wars resulting in mass civilian casualties despite the second offset which employed GPS to more accurately guide weapons systems; and, now, after directing the development of drones and autonomous weapons systems, they are issuing warnings about “competition with authoritarian regimes” that might not build in proper ethical restraint.

As we look at the current geopolitical tensions between the U.S. and Russia, it cannot be dismissed that any time we hear about military developments – from either side – it could be more of a propaganda effort than a sign of imminent deployment. This, too, has been admitted by the Pentagon regarding some of their own “disclosures” of “secret projects” like Perdix:

(Defense Secretary Ashton) Carter’s disclosures raised some questions in the Pentagon about whether he had revealed classified information while previewing his 2017 budget. But in a rare interview, the director of SCO said the secretary sought a green light to disclose snippets of the mini-drone experiment in Alaska and a few other programs as part of a broader effort to get the attention of potential adversaries. (emphasis added)

All of this is to say that the business of war is being negotiated on a daily basis between the militaries of the world in overt, secretive and duplicitous ways, while input from concerned citizens is ridiculed, ignored, or held up in stalled debates. This is the swamp we find ourselves in throughout every arms race, and autonomous weapons will be no different.

If you agree that killer robots are a true threat, not only from foreign nations, but from forward development by U.S. defense contractors, please visit The Campaign to Stop Killer Robots and share this information to keep friends and family aware of the progress being made toward a future of automated warfare. 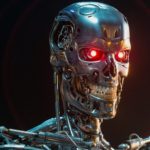 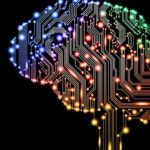 Will China win the Military AI Race on the Back of Commercial Technology?
Military
AK-47Artificial IntelligenceKalashnikovrobots