The immediate prospect for significant improvement in U.S.-Russia relations now depends on something tangible: Will the forces that sabotaged previous ceasefire agreements in Syria succeed in doing so again, all the better to keep alive the “regime change” dreams of the neoconservatives and liberal interventionists?

Or will President Trump succeed where President Obama failed by bringing the U.S. military and intelligence bureaucracies into line behind a cease-fire rather than allowing insubordination to win out?

These are truly life-or-death questions for the Syrian people and could have profound repercussions across Europe, which has been destabilized by the flood of refugees fleeing the horrific violence in the six-year proxy war that has ripped Syria apart.

But you would have little inkling of this important priority from the large page-one headlines Saturday morning in the U.S. mainstream media, which continued its long obsession with the more ephemeral question of whether Russian President Vladimir Putin would confess to the sin of “interference” in the 2016 U.S. election and promise to repent.

Thus, the headlines: “Trump, Putin talk election interference” (Washington Post) and “Trump asks Putin About Meddling During Election” (New York Times). There was also the expected harrumphing from commentators on CNN and MSNBC when Putin dared to deny that Russia had interfered.

In both the big newspapers and on cable news shows, the potential for a ceasefire in southern Syria – set to go into effect on Sunday – got decidedly second billing.

Yet, the key to Putin’s assessment of Donald Trump is whether the U.S. President is strong enough to make the mutually agreed-upon ceasefire stick. As Putin is well aware, to do so Trump will have to take on the same “deep-state” forces that cheerily scuttled similar agreements in the past. In other words, the actuarial tables for this cease-fire are not good; long life for the agreement will take something just short of a miracle.

Secretary of State Rex Tillerson will have to face down hardliners in both the Pentagon and CIA. Tillerson probably expects that Defense Secretary James “Mad-Dog” Mattis and CIA Director Mike Pompeo will cooperate by ordering their troops and operatives inside Syria to restrain the U.S.-backed “moderate rebels.”

But it remains to be seen if Mattis and Pompeo can control the forces their agencies have unleashed in Syria. If recent history is any guide, it would be folly to rule out another “accidental” U.S. bombing of Syrian government troops or a well-publicized “chemical attack” or some other senseless “war crime” that social media and mainstream media will immediately blame on President Bashar al-Assad.

Last fall’s limited ceasefire in Syria, painstakingly worked out over 11 months by Secretary of State John Kerry and Russian Foreign Minister Sergey Lavrov and approved personally by Presidents Obama and Putin, lasted only five days (from Sept. 12-17) before it was scuttled by “coalition” air strikes on well-known, fixed Syrian army positions, which killed between 64 and 84 Syrian troops and wounded about 100 others.

In public remarks bordering on the insubordinate, senior Pentagon officials a few days before the air attack on Sept. 17, showed unusually open skepticism regarding key aspects of the Kerry-Lavrov agreement – like sharing intelligence with the Russians (an important provision of the deal approved by both Obama and Putin).

The Pentagon’s resistance and the “accidental” bombing of Syrian troops brought these uncharacteristically blunt words from Foreign Minister Lavrov on Russian TV on Sept. 26:

“My good friend John Kerry … is under fierce criticism from the U.S. military machine. Despite the fact that, as always, [they] made assurances that the U.S. Commander in Chief, President Barack Obama, supported him in his contacts with Russia … apparently the military does not really listen to the Commander in Chief.”

Lavrov specifically criticized Joint Chiefs of Staff Chairman, Gen. Joseph Dunford for telling Congress that he opposed sharing intelligence with Russia despite the fact, as Lavrov put it, “the agreements concluded on direct orders of Russian President Vladimir Putin and U.S. President Barack Obama [who] stipulated that they would share intelligence.” Noting this resistance inside the U.S. military bureaucracy, Lavrov added, “It is difficult to work with such partners.”

Putin picked up on the theme of insubordination in an Oct. 27 speech at the Valdai International Discussion Club, in which he openly lamented:

“My personal agreements with the President of the United States have not produced results. … people in Washington are ready to do everything possible to prevent these agreements from being implemented in practice.”

On Syria, Putin decried the lack of a “common front against terrorism after such lengthy negotiations, enormous effort, and difficult compromises.”

Lavrov’s Foreign Ministry spokeswoman, meanwhile, even expressed sympathy for Kerry’s quixotic effort, giving him an “A” for effort.after then-Defense Secretary Ashton Carter dispatched U.S. warplanes to provide an early death to the cease-fire so painstakingly worked out by Kerry and Lavrov for almost a year.

For his part, Kerry expressed regret – in words reflecting the hapless hubris befitting the chief envoy of the world’s “only indispensible” country – conceding that he had been unable to “align” all the forces in play.

With the ceasefire in tatters, Kerry publicly complained on Sept. 29, 2016: “Syria is as complicated as anything I’ve ever seen in public life, in the sense that there are probably about six wars or so going on at the same time – Kurd against Kurd, Kurd against Turkey, Saudi Arabia, Iran, Sunni, Shia, everybody against ISIL, people against Assad, Nusra [Al Qaeda’s Syrian affiliate]. This is as mixed-up sectarian and civil war and strategic and proxies, so it’s very, very difficult to be able to align forces.”

Only in December 2016, in an interview with Matt Viser of the Boston Globe, did Kerry admit that his efforts to deal with the Russians had been thwarted by then-Defense Secretary Ashton Carter – as well as all those forces he found so difficult to align.

“Unfortunately we had divisions within our own ranks that made the implementation [of the ceasefire agreement] extremely hard to accomplish,” Kerry said. “But it … could have worked. … The fact is we had an agreement with Russia … a joint cooperative effort.

“Now we had people in our government who were bitterly opposed to doing that,” he said. “I regret that. I think that was a mistake. I think you’d have a different situation there conceivably now if we’d been able to do that.”

The Globe’s Viser described Kerry as frustrated. Indeed, it was a tough way for Kerry to end nearly 34 years in public office.

After Friday’s discussions with President Trump, Kremlin eyes will be focused on Secretary of State Tillerson, watching to see if he has better luck than Kerry did in getting Ashton Carter’s successor, James “Mad Dog” Mattis and CIA’s latest captive-director Pompeo into line behind what President Trump wants to do.

As the new U.S.-Russia agreed-upon ceasefire goes into effect on Sunday, Putin will be eager to see if this time Trump, unlike Obama, can make a ceasefire in Syria stick; or whether, like Obama, Trump will be unable to prevent it from being sabotaged by Washington’s deep-state actors.

The proof will be in the pudding and, clearly, much depends on what happens in the next few weeks. At this point, it will take a leap of faith on Putin’s part to have much confidence that the ceasefire will hold. 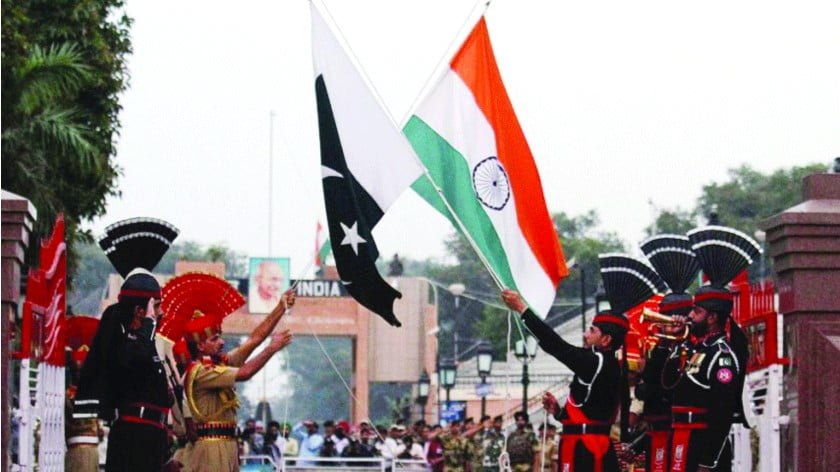 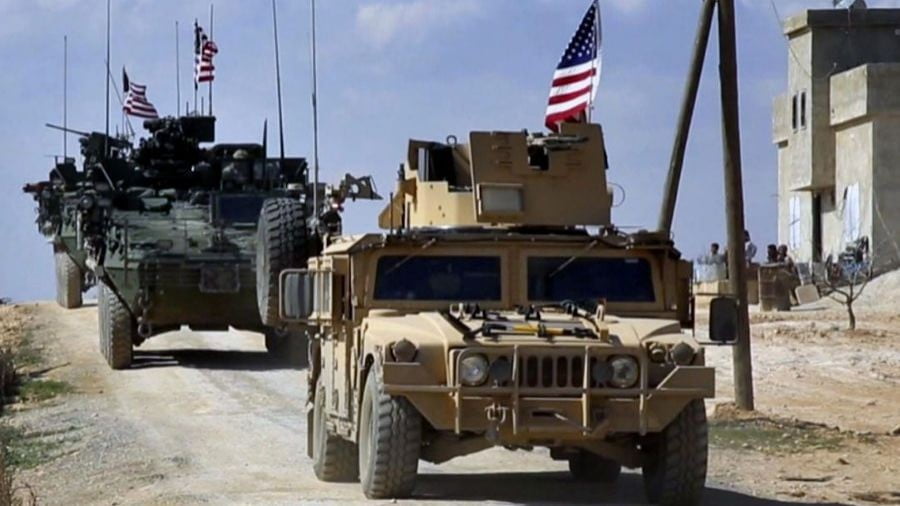 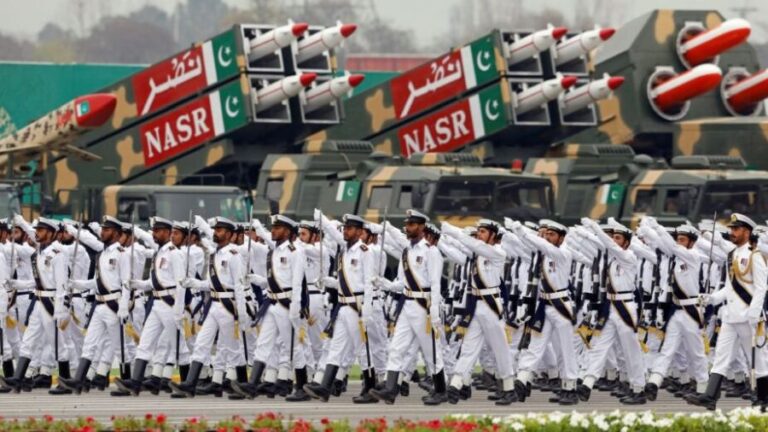 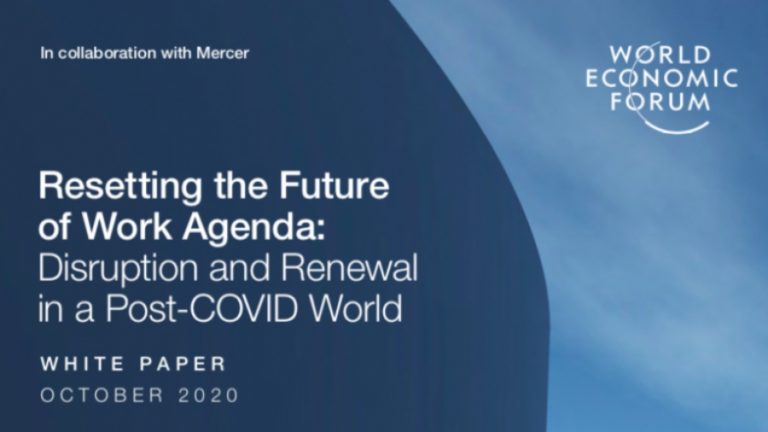 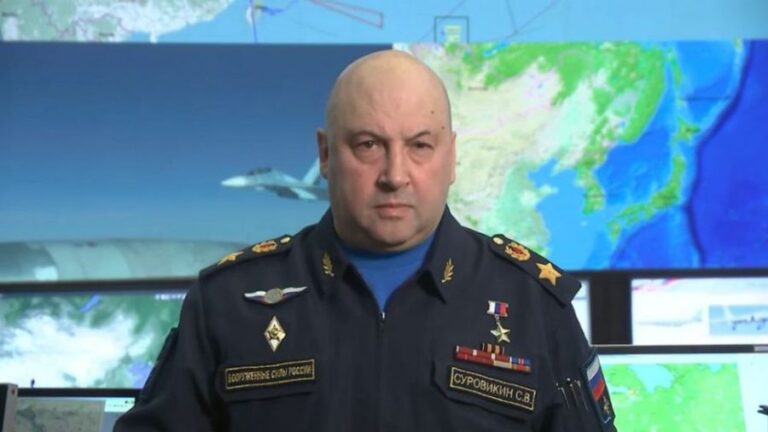