The already strong bilateral relations between Saudi Arabia and China are hitting new levels, as the Kingdom and the Chinese Tiger have decided to set up a joint US$20 billion investment fund. The fund was announced by Saudi minister of energy Khalid Al Falih, after meeting with Chinese vice-prime minister Zhang Gaoli in Jeddah. Falih indicated that both countries will share the total investments and will be splitting the revenues of the fund, which is going to target projects in infrastructure, energy, mining and materials. This is not a surprise, as Saudi Arabia has already been heavily investing in energy and petrochemicals in China the last decades. Saudi Aramco’s main downstream investments lately almost all have been focusing on increasing the Saudi footprint in downstream China, mainly to lock in Chinese demand for crude and products. Falih also reiterated that both countries will sign around $20 billion in value of projects in the coming days. As reported in the press, Saudi Arabia will be willing to invest in the fund partly in yuan. The current visit by the Chinese is of significance, as it could be a precursor to a hefty Chinese involvement in the eagerly awaited Saudi Aramco IPO next year. In March, during a visit of the King Salman to China, the two countries signed several energy and space technology deals worth $65 billion.

Saudi Arabia has, in recent years, shown a willingness to form more in-depth relationships with its main Asian customers, China, India and Japan. The Chinese energy demand, which is still the main driver of the global oil and gas market growth, is considered to be vital for Saudi Arabia’s future. The Kingdom is currently in a heavy battle with Russia and arguably Iran for the title of China’s biggest oil supplier, a title that Russia took from Saudi Arabia at the start of this year. Several analysts have been very worried about this development as it could weaken the IPO of Saudi Aramco. However, Aramco’s prominent position in the Chinese market, and the ongoing investments that the Saudi oil giant is making in downstream production and capabilities in China, will contain any negative repercussions from loss of market share. In the long-run, Aramco’s position in China will only strengthen, which will allow the Kingdom to lock in a hefty portion of its export volumes.

The fact that both sides are willing to set up a new investment fund, holding $20 billion, is a clear sign of not only the readiness of Saudi Arabia to link its future to China, but also its eagerness to support any Chinese involvement and interest in the Aramco IPO. The willingness of Saudi Arabia to consider funding in yuan not only reflects the interest of Riyadh in China, but also indicates the rising importance of the Chinese currency in Gulf markets. The possible threat to the U.S. dollar, English Pound or Euro, should not be overestimated though. The total trade value between both China and Saudi Arabia is still low in comparison to other trade partners. The current focus is still on the extension of an energy-based economic relationship. This can and will however change in the coming years, analysts expect.

The increased influence that China, in stark contrast to its historically inward-looking strategies, has gained in the Gulf region, Iran and the Horn of Africa, has been recognized in Riyadh. Saudi Arabia is aware that an economic relationship with such an influential country also increases security. China’s involvement and links with Saudi adversaries, such as Iran, Syria, or even Qatar, are seen as potential mitigating forces in a regional conflict.

The growing friendship and intricate economic-strategic relationship between Beijing and Riyadh will have an impact on the Chinese relationship with other Arab countries and Iran. China could become involved in the ongoing sectarian and political battle that is currently raging in the Gulf region.

The Financial Times reported this week that China could be willing to invest in, or even buy outright, Saudi Aramco’s 5 percent. There is still no clarity on where Aramco will be listed or how the rights of minority shareholders can be protected, which means a major national entity stepping in is entirely realistic. After the IPO, the Saudi government will still be a 95 percent shareholder, owning and deciding the future of the oil giant. Saudi’s new crown prince Mohammed Bin Salman has linked his future, and that of his grand-scale economic diversification plans called Saudi Vision 2030, to the success of the Aramco IPO. Valuing the company at more than $2 trillion, the risks are clear. A failure of the sale could be not only putting part of Saudi’s economic plans on hold, but could mean a destabilization of the Saudi regime or even a removal of the crown prince. The FT, in a blog, indicated that China could step in as a financial savior. With around 8.5 million bpd of crude oil imports, which is 2.5 million bdp more than in 2014, the attractiveness of having a stake in Saudi Aramco is huge. Even though an energy diversification program is in place, China’s imports from Saudi Arabia are going to increase.

For Beijing, a stake in one of its main suppliers is a very attractive proposition. It will not only lock in Saudi crude oil and petroleum product exports to China but it will also provide some additional political and strategic clout in the heart of the Middle East.

As the U.S. is beginning to remove its military assets, new players have stepped in. Riyadh’s new leader, MBS, will have looked at the opportunity to play the two main other players, Russia and China, against each other. On both sides, the rewards for Saudi Arabia will be high. Moscow is needed to stabilize oil markets, and could assist gas flows to the GCC, while China is needed as an export destination. Both at the same time are needed to stabilize the Gulf region, as they are linked already to Iran, and increasingly Egypt. China’s historical reluctance to be militarily involved outside of its own influence spheres in Asia has changed. The current aggressive buildup of Chinese military hardware and forces in the Gulf region and Africa is forcing a realignment of Saudi geopolitics. An economic-financial bridge could be forged via Aramco. Current deal discussions in Jeddah could be linked to this.

Aramco and the Saudi crown prince will be weighing their options. The attractiveness of having the Chinese onboard is clear, but providing China with too much influence in the region could spell trouble for the Saudis. Playing other investors, financial institutions and countries against each other is now the name of the game. HBO would be wise to have a real good look at the GCC adventures right now. A real Game of Thrones is now being played out, and while Aramco’s IPO may be the first battle, it will be far from the last. 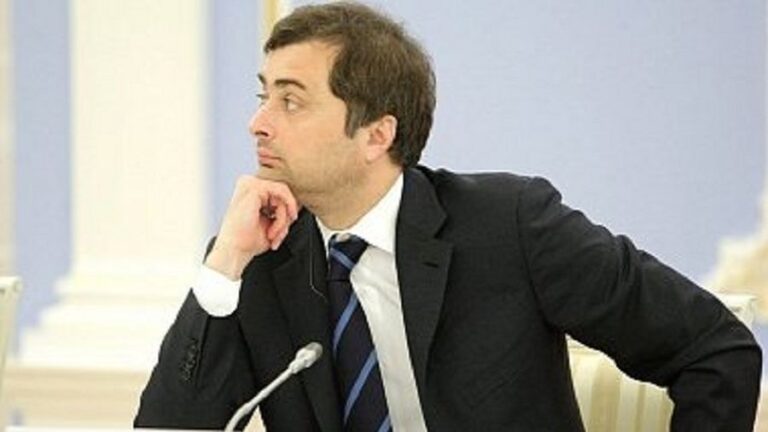 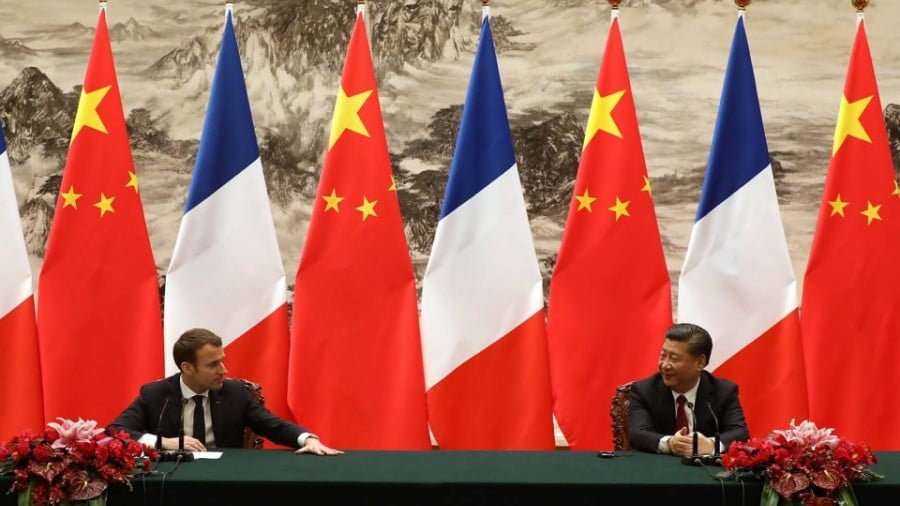 It came out as a sort of minor scandal – considering the ’24/7 post-truth news cycle.’ Of the 28 EU ambassadors in Beijing, 27, with the exception of Hungary’s, signed an internal report criticizing the New Silk Roads as a non-transparent threat to free trade, allegedly favoring unfair competition by Chinese conglomerates. The report was… 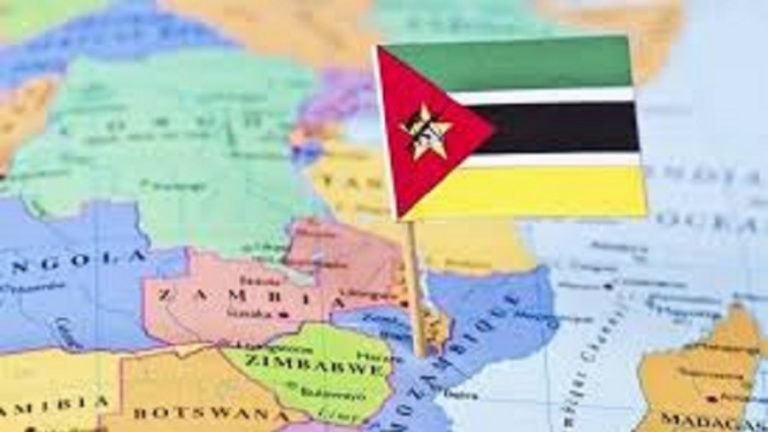 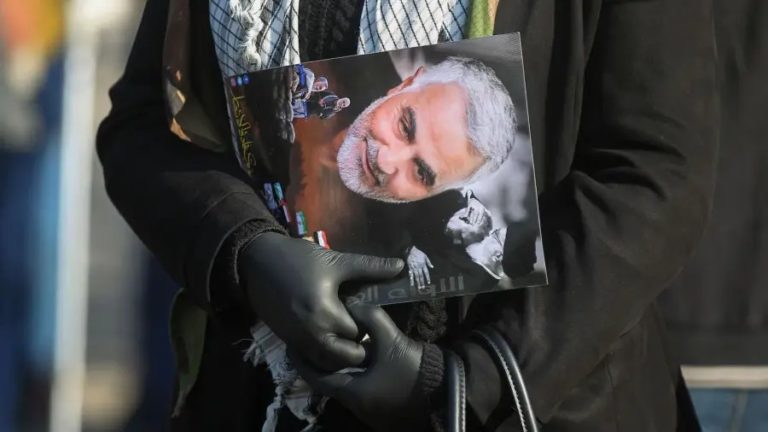 One year ago, the Raging Twenties started with a murder. The assassination of Maj Gen Qassem Soleimani, commander of the Quds Force of the Islamic Revolutionary Guards Corps (IRGC), alongside Abu Mahdi al-Muhandis, the deputy commander of Iraq’s Hashd al-Sha’abi militia, by laser-guided Hellfire missiles launched from two MQ-9 Reaper drones, was an act of… 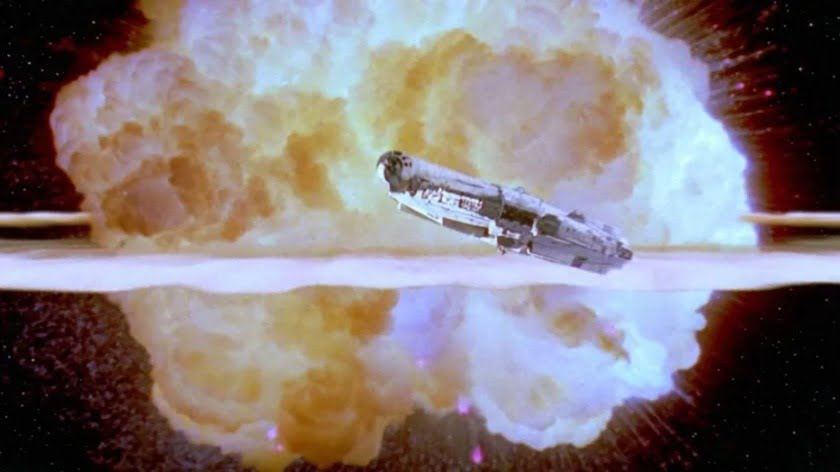