Once upon a time, the U.S. dollar was backed by the gold standard in a framework that established what was known as the Bretton-Woods agreement, made in 1944. The dollar was fixed to gold at a price of $35 an ounce, though the dollar could earn interest, marking one notable difference from gold.

The system ended up being short-lived, as President Richard Nixon announced that the U.S. would be abandoning the gold standard in 1971. Instead, the U.S. had other plans for the future of global markets.

As the Huffington Post has explained, the Nixon Administration reached a deal with Saudi Arabia:

“The essence of the deal was that the U.S. would agree to military sales and defense of Saudi Arabia in return for all oil trade being denominated in U.S. dollars.”

This system became known as the Petrodollar Recycling system because countries like Saudi Arabia would have to invest excess profits back into the U.S. It didn’t take long for every single member of OPEC to start trading oil in U.S. dollars.

A little-known economic theory, rejected by the mainstream, stipulates that Washington’s stranglehold over financial markets can be at least partially explained by the fact that all oil exports are conducted in transactions involving the U.S. dollar. This relationship between oil and currency arguably gives the dollar its value, as this paradigm requires all exporting and importing countries to maintain a certain stock of U.S. dollars, adding to the dollar’s value. As Foreign Policy – a magazine that rejects the theory – explains:

The term “those wishing to buy oil” encompasses almost every single country that does not have an oil supply of its own – hardly a trivial number. An endless demand for dollars means an endless supply, and the United States can print as much paper as it wants to account for its imperial ambitions. No other country in the world can do this.

In 2000, Iraq announced it would no longer use U.S. dollars to sell oil on the global market. It adopted the euro, instead, which was no easy decision to make. However, by February 2003, the Guardian reported that Iraq had netted a “handsome profit” after making this policy change. Anyone who rejects this petrodollar theory should be able to answer the following question: if currency is not an important factor in America’s imperialist adventures, why was the U.S. so intent on invading a country (based on cold, hard lies), only to make it a priority to switch the sale of oil back to dollars? If they cared so much about Iraq and its people, as we were supposed to have believed, why not allow Iraq to continue netting a “handsome profit”?

In Libya, Muammar Gaddafi was punished for a similar proposal that would have created a unified African currency backed by gold, which would have been used to buy and sell African oil. Hillary Clinton’s leaked emails confirmed this was the main reason Gaddafi was overthrown, though commentators continue to ignore and reject the theory. Despite these denials, Clinton’s leaked emails made it clear that Gaddafi’s plan for the future of African oil exports was a priority for the U.S. and its NATO cohorts, more so than Gaddafi’s alleged human rights abuses. This is the same Hillary Clinton who openly laughed when Gaddafi was sodomized and murdered, displaying no regrets that she single-handedly plunged a very rich and prosperous nation into a complete state of chaos.

At the start of this month, Venezuela announced it would soon “free” itself from the dollar. Barely a week or so later, the Wall Street Journal reported that Venezuela had stopped accepting dollars for oil payments in response to U.S. sanctions. Venezuela sits on the world’s largest oil reserves. Donald Trump’s threats of unilateral military intervention — combined with the CIA’s admission that it will interfere in the oil-rich country — may make a lot more sense in this context.

Iran has also been using alternative currencies — like the Chinese yuan — for some time now. It also shares a lucrative gas field with Qatar, which could be days away from ditching the dollar, as well. Qatar has reportedly already been conducting billions of dollars’ worth of transactions in the yuan. Just recently, Qatar and Iran restored full diplomatic relations in a complete snub to the U.S. and its allies. It is no surprise, then, that both countries have been vilified on the international stage, particularly under the Trump administration.

In the latest dig to the U.S. dollar and global financial hegemony, the Times of Israel reported that a Chinese state-owned investment firm has provided a $10 billion credit line to Iranian banks, which will specifically use yuan and euros to bypass U.S.-led sanctions.

Consider that in August 2015, then-Secretary of State John Kerry warned that if the U.S. walked away from the nuclear deal with Iran and forced its allies to comply with U.S.-led sanctions, it would be a “recipe, very quickly…for the American dollar to cease to be the reserve currency of the world.”

Iran, bound to Syria by a mutual-defense pact, was reportedly working to establish a natural gas pipeline that would run through Iraq and Syria with the aim of exporting gas to European markets, cutting off Washington and its allies completely. This was, of course, in 2009 — before the Syrian war began. Such a pipeline deal, now with Russia’s continued air support and military presence, could entail the emergence of a whole new market that could easily be linked to the euro, or any other currency for that matter, instead of the dollar.

According to Russian state-owned outlet RT, the Kremlin’s website announced Tuesday that Russian President Vladimir Putin has also instructed the government to approve legislation to ditch the U.S. dollar at all Russian seaports by next year.

“Russia shares the BRICS countries’ concerns over the unfairness of the global financial and economic architecture, which does not give due regard to the growing weight of the emerging economies. We are ready to work together with our partners to promote international financial regulation reforms and to overcome the excessive domination of the limited number of reserve currencies.” [emphasis added]

According to the Asia Times author, the statement was code-speak for how BRICS countries will look to bypass the U.S. dollar as well as the petrodollar.

China is also on board with this proposal. Soon, China will launch a crude oil futures contract priced in Chinese yuan that will be completely convertible into gold. As reported by the Nikkei Asian Review, analysts have called this move a “game-changer” for the oil industry.

Both Russia and China have been buying up huge quantities of gold for some time now. Russia’s present gold reserves would back 27 percent of the narrow ruble money supply – far in excess of any other major country. The United States’ Federal Reserve admitted years ago that they haven’t held any gold for a very long time.

China is also implementing a monumental project, known as the Silk Road project, which is a major push to create a permanent trade route connecting China, Africa, and Europe. One must wonder much control over these transactions will the U.S. have.

These are just a few of the latest developments that have affected the dollar.

Can those continue to reject this petrodollar-related theory answer the following questions with confidence: Is it a coincidence that all of the countries listed above as moving away from the dollar are long-time adversaries of the United States, including the ones that were invaded? Is it a coincidence that Saudi Arabia gets a free pass to commit a host of criminal actions as it complies with the global financial order? Are Saudi Arabia’s concerns with Qatar really rooted in the latter’s alleged funding of terror groups even though Saudi Arabia leads the world in funding the world’s most vile terror groups?

Clearly, there is something far more sinister at play here, and whether or not it is tied solely to a deranged, psychopathic currency warfare will remain to be seen. The evidence continues to show, however, that the U.S. dollar is slowly being eroded piece by piece and ounce by ounce — and that as these adversarial countries make these developments in unison, there appears to be little the U.S. can do without risking an all-out world war. 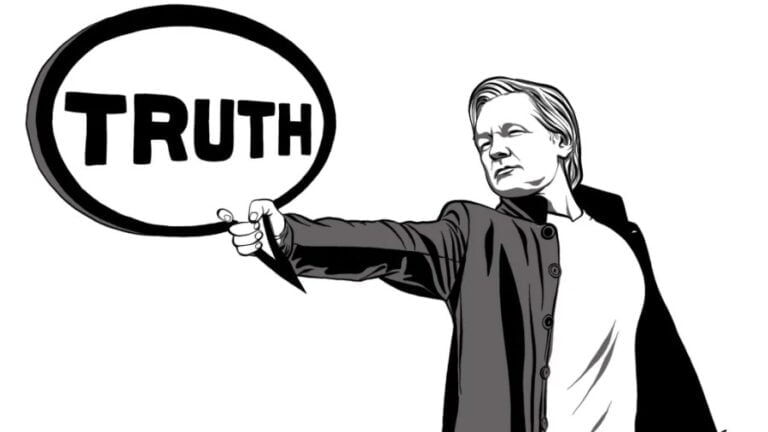 A society that prohibits the capacity to speak in truth extinguishes the capacity to live in justice. This why we are here tonight.  Yes, all of us who know and admire Julian decry his prolonged suffering and the suffering of his family.  Yes, we demand that the many wrongs and injustices that have been visited… 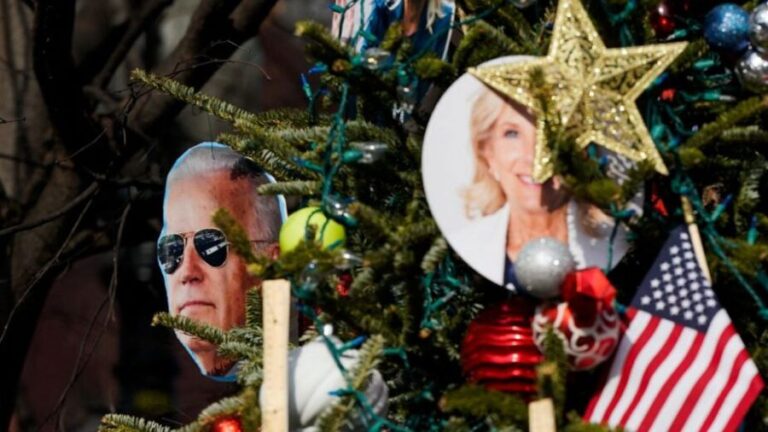 What Moscow is really asking for is to redraw the borders of influence between Russia and the West. One of the most frequently asked questions about U.S.-Russian relations over the last few years has been “have we hit rock bottom?”. No matter how bad things seem, about every six months a few Congressmen with questionable… 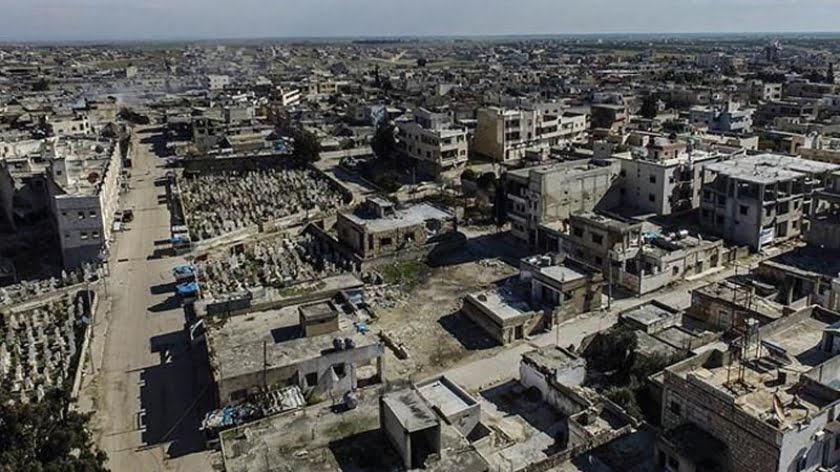 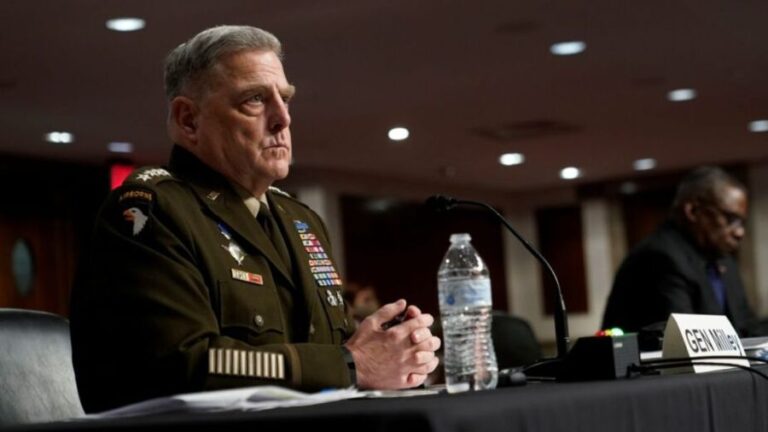 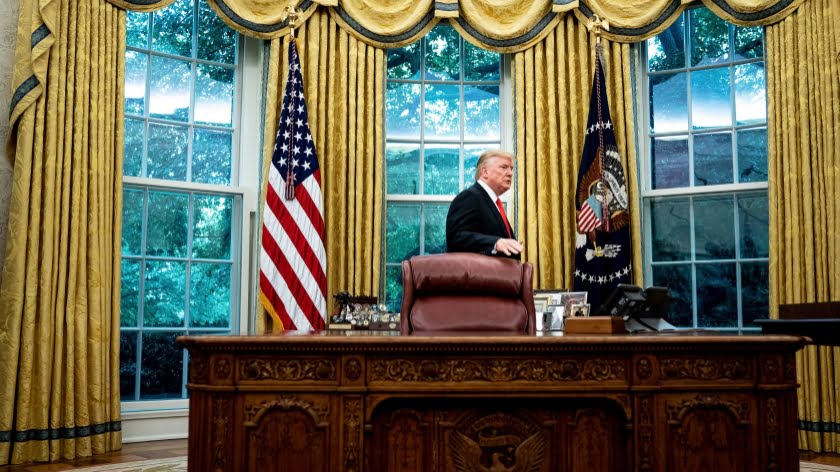