George Soros Prepares for All Out War. Pours $18 billion of his Own Cash Into His Open Society Foundations

It looks like Dr. Evil is pushing for a final neo-liberal destabilization offensive before the 90 year old billionaire finally turns to dust.

The globalist billionaire who has overthrown governments with violent coups (Ukraine), and seeded division and hate among Americans (BLM and ANTIFA) is gearing up for battle with the nation state anti-globalist movement sweeping the globe.

George Soros has transferred billions of his personal wealth into his NGO Open Society Foundation.

The non-profit is one of the world’s top donors to “open-borders” causes, and constantly funds illegal (and often violent) regime change operations.

George Soros, who built one of the world’s largest fortunes through a famous series of trades, has turned over nearly $18 billion to Open Society Foundations, according to foundation officials, a move that transforms both the philanthropy he founded and the investment firm supplying its wealth.

Open Society has supported efforts to overhaul immigration policies and the criminal-justice system, including prisons, and funded mentoring programs for black and Latino young men. It has supported activists working on issues raised by the Black Lives Matter movement.

Mr. Soros funded Latino get-out-the-vote efforts last year and donated to largely Democratic district-attorney candidates around the country. A Hillary Clinton supporter, he was an outspoken critic of Mr. Trump, whose campaign cited Mr. Soros in a closing ad as part of a “global power structure” the ad said disadvantaged the working class.

The moves comes amid Soros catching fire from conservatives heated over NFL kneelers and Hungarian PM Orban launching a nation-wide “Soros” consultation to measure the negative impact the billionaire has on the country.

In an unholy alliance, the NFL Players Association and George Soros’ Open Society have teamed up to advocate leftists causes in the U.S. “Tax documents released by 2ndVote show the NFLPA donated $5,000 in 2015 to the Center for Community Change Action, a group active in the anti-Trump resistance and bankrolled by a host of liberal foundations, including top Democratic donor George Soros’s Foundation for Open Society,” reports Valerie Richardson of the Washington Times.

Even before its feud over the national anthem with President Trump, the NFL Players Association wasn’t on the same political team as many of its fans, judging from its contributions to leftist advocacy groups.

A member of the AFL-CIO, the NFLPA also contributed in 2013 and 2015 to Working America, the AFL-CIO’s community affiliate, which Open Secrets said spent $1 million in 2016 to defeat Mr. Trump. […]The NFLPA contributed $5,000 in 2014 to Jobs with Justice, another pro-union group backed by Mr. Soros, and $5,000 in 2013 to the progressive Los Angeles Alliance for a New Economy.

The government’s “national consultation” includes a survey sent to Hungarian households about a so-called “Soros Plan” — which the government says is being carried out by the European Union — as well as billboards and television ads.

Goran Buldioski, director of Soros’ Open Society Initiatives in Europe, says Soros and his foundations support “more coherent and humane policies for helping to resettle migrants fleeing oppression and violence in their homelands” but that “there is no such thing as a global conspiracy against Hungary.” 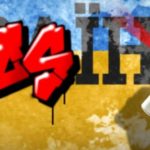 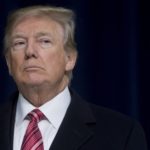 After Soros Flees Turkey, Will He Flee the Rest of the “Global South” Too?

Have We Reached Peak Soros?

Soros Leaks: The Most Important Story You're Not Hearing

Where Are the Other 10 Million Panama Papers?