Previously, we have mentioned that various international forums, which were initially associated with serious positive expectations, have today turned mainly into political vanity fairs. In assessing the peculiarities of the modern global game, these events are not of interest in and of themselves, but in the way the main players behave during these events: participants of a meeting and the topics of their discussion.

The most prominent event during the APEC Member States Summit in the Vietnamese city of Da Nang was the event of the participants of the Trans-Pacific Partnership without the USA project. In the capital of the Philippines, Manila where all the guests from Da Nang moved to and where several forums on the basis of ASEAN took place, the meeting of the leaders of the USA, India, Japan, and Australia came into the spotlight. The American journalists referred to the format of this meeting using the word, ‘Quad’.

This term has a history. In 2007, in Manila, the Defense Ministers of the USA, Japan, India, and Australia issued a statement (later supported by Singapore) on the need to form ‘the four-party strategic dialogue’ within the framework of the ASEAN Regional Forum (which mainly discusses the security problems of Southeast Asia).

This statement received the designation the ‘Initiative of four’ in media circles. Its only one (but important) practical result was the annual joint American-Indian Malabar military naval exercises. Then Prime Minister of India M. Singh at once rejected the anti-Chinese orientation of the “Quad” (not formed) and of the aforementioned military exercises.

Soon, the leader of the victorious Labor Party of Australia, Kevin Rudd, who became Prime Minister of the country, finally buried the Quad, it seemed, heading for a drastic improvement in relations with China.

In fact, the word ‘Quad’ vanished from the media for about ten years. We emphasize, however, that the motives for its appearance in the second half of the past decade have not disappeared. In addition, it can be confidently asserted that since 2007 they have gained more and more weight.

The main motive was the perception that China was turning into a global power threatening the national interests of every member of the Quad.

In March 2016, the term Quad appeared in the media again. It was used in the articles that commented on the speech of Admiral Harry Harris, the head of the US largest command in the Pacific Ocean (USPACOM), at the Raisina Dialogue Conference in Delhi.

The Raisina Dialogue was created by India’s Foreign Affairs Ministry as a new international platform for discussions on maintaining security in the region. However, the Shangri-la Dialogue, which is held annually in Singapore by the London International Institute of Strategic Studies, still remains such a discussion platform.

The key thesis of H. Harris’ speech was the appeal to India and other Asian allies of the USA to ‘the joint movement forward to guarantee freedom and openness of sea communication lines, which are crucial for global trade and prosperity’. According to H. Harris, ‘this is the cornerstone of the international order based on law, as well as principles, in the process of maintaining which we cannot hesitate.’

Once again, let us note that expressions like ‘ensuring freedom of shipping traffic’ and ‘respect of international law’ have lately become euphemisms, with the help of which the US politicians and allies of Washington express their disapproval of China’s political course aimed at strengthening the country’s positions in the South China Sea, as well as in the waters of the Indian Ocean.

The fact that the strategic confrontation of the United States, Japan, and Australia, on the one hand, and China, on the other hand, is manifested in the gradual replacement of the notation of the space where their interests collide. The term India-Pacific Region (Area) is more frequently used instead of the Asia-Pacific Region.

In terms of policy and strategy, the areas of both oceans are related, in particular, to the world’s largest trade route beginning from the Persian Gulf zone, as well as from the eastern coast of Africa which passes through the Indian Ocean, the Straits of Malacca, the South China Sea and ends at ports in China, Taiwan, South Korea, and Japan. This route is limited by the Indian Ocean for Australia.

The particular importance of the specified relationship has been clear to the American military long ago. Thus, the area of responsibility of USPACOM covers the two-thirds of the Indian Ocean area. This means that Admiral H. Harris did not discuss some abstract things while speaking in the capital of India in early 2017. He assessed the situation and offered projects within the area of his direct official duty.

The heads of all the leading world actors that participated in a series of forums held in November 2017 in the Vietnamese city of Da Nang and in the capital of the Philippines Manila designated the space of vitally important interests as the India-Pacific Region.

In particular, this term was used at the meetings of the leaders of the USA, Japan, India, and Australia, as well as by the members of their delegations, in Manila. It was these meetings that again gave commentators occasion to speculate on the formation of a quadripartite (quasi) union since the main topic of the talks was ‘the security architecture in the India-Pacific Region amid China’s growing aggressiveness’.

The statement of India’s Foreign Affairs Ministry dated 12 November says that in the course of the meeting at the level of Ministers, four of its participants ‘focused on the problem of ensuring peace, stability, and prosperity of India-Pacific Region’. India’s involvement in the region’s affairs is associated with the political course ‘Acting in the East’.

The official response of China to the next attempt to revive the Quad was quite reticent. In the course of the regular press conference held on 13 November, a representative of the country’s Ministry of Foreign Affairs urged all the interested parties to joint work in order to ensure ‘peace, stability, and prosperity’ in the region.

Attention was garnered by a positive remark on the topic of ‘the most recent statements of Japan’. Apparently, it concerned mutual positive messages that were made during a meeting of Shinzo Abe and Xi Jinping during the APEC summit in Da Nang.

We should note that similar positive trends can be seen in Chinese relations with other participants of the Quad in recent times. This is evidenced by both the results of D. Trump’s visit to Beijing and by India’s refusal of unconditional ‘embedding’ in American foreign policy, for example, in Afghanistan.

Finally, it should be noted that the attempts to revive the Quad with an evident anti-Chinese context is just one of several important trends in the situation developing in the India-Pacific Region.

It is not clear so far if this trend will play a decisive role. At least because no less important trends in projects of economic integration in the region remain unclear. 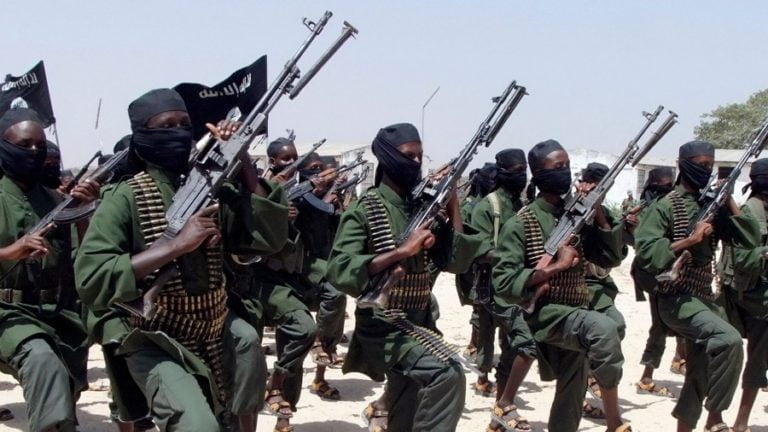 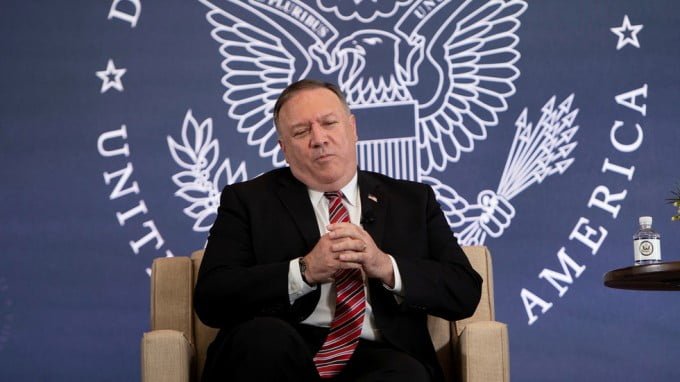 US Secretary of State Mike Pompeo has unveiled what he calls a “moral foreign policy,” attempting to limit other nations’ power to declare unalienable human rights. The aim, as usual, is legitimizing the American empire’s abuses. The 60-page preliminary report, released on Thursday, is the product of a year’s work from an advisory panel Pompeo…

A Palestinian boy looks from his family’s destroyed house at workers rebuild a house which was destroyed during the last summer’s Israeli bombardment of Gaza City on Thursday, July 23, 2015. By Robert Fantina @RobertFantina | July 23, 2016    Complicity with Israel’s occupation and corruption in Mr. Abbas’ PA play into another major roadblock… 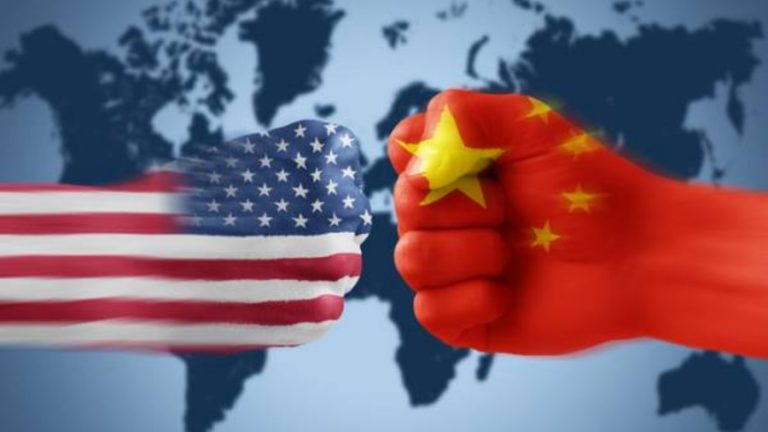