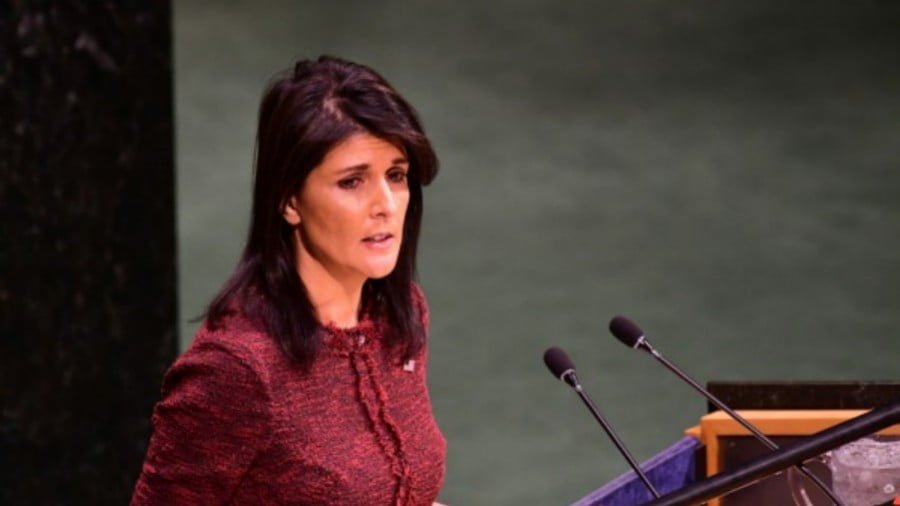 The Trump regime proclaimed that the vote in the General Assembly of the United Nations regarding the recognition of Jerusalem as the capital of Israel was a strategic US decision.

Both President Trump and his bombastic UN Ambassador Nikki Haley threatened that all decisions and agreements regarding alliances, loans, aid and diplomatic relations were at stake.

Moreover, the Trump regime clearly defined the style and substance of US imperial dictates: All UN member nations (large and small) must grovel in the most abject manner to his orders. Ambassador Haley demanded that each nation on earth accept Trump’s and the racist-Zionist Netanyahu’s declaration that the ancient city of Jerusalem is the eternal, undivided and ethnically managed capital of the Jews. Trump’s message was loud and clear – he was the great ‘decider’ and the UN votes would identify America’s true friends and enemies. “We are making a list… and there will be consequences…”

Clearly Trump’s boast of US power and Haley’s assumption that her terrifying threats would ensure that Washington had a majority vote in the ‘gifting’ of Jerusalem to Zio-fascism. They believed that US dominance and global hegemony was absolute and unassailable. The vote proved something else, something very new was happening.

The US suffered an overwhelming and humiliating defeat, one that kept Ambassador Haley dexterous fingers busy ‘taking notes’: 128 nations demanded that the Trump regime withdraw its declaration that Jerusalem was Israel’s undivided capital for Jews. Only 9 micro-nations (some mere postage stamps and a few death-squad banana-stans) voted with the Trump-Haley decision, 35 mendicant-states put their heads down and abstained while 21 timorous ambassadors chose to hide their shamelessness in the toilet stalls rather than show up for this important vote.

First and foremost it is important to discuss the steps leading up to the US suffering such a crushing debacle. In other words, who was responsible for leading the Trump Administration by the nose down the blind alley of submission to the dictates of Zio-fascism.

The leader and driving force behind the UN disaster was Israeli Prime Minister Benjamin Netanyahu whose quest to seize Jerusalem and convert it into the ‘eternal’ capital of the Jews was his top priority. For decades the entire world has rejected Israel’s seizure of Jerusalem and its conversion into an ethnically cleansed capital for the ‘Jewish’ state. The UN and international jurists denounced Israel’s colonial conquest and ethnic cleansing of Palestine.

Netanyahu took charge with the election of Donald Trump as President. Operation Jerusalem was his first order to Puppet Donald. A number of Israel-First multi-billionaires, who financed Trump’s electoral campaign, demanded an immediate pay-off from their puppet: The Administration’s unconditional support for Netanyahu’s agenda. Despite protests from the rest of the world, especially the US closest European allies, Trump plunged the nation right into the Zionist soup: a Jewish Jerusalem; the systematic eviction of all Arabs, Christian, Muslim and secular, and the eventual annexation of all of Palestine; as well as an increasing military confrontation with Iran.

Real estate speculator, Jared Kushner, Trump’s pampered son-in- law, and a complete Netanyahu flunky, became the senior advisor for the Middle East. Kushner pressured Trump’s National Security Advisor General Michael Flynn to intervene with Russia on behalf of Israel’s take-over of Jerusalem. Flynn was subsequently prosecuted for discussing global US Russian relations and the ‘good soldier’ is falling on his sword on behalf of the Zionists. Not surprising, the Congressional Democrats, the FBI and the Special Prosecutor found it easier to prosecute Flynn for his discussion regarding de-escalating the tense US-Russian relations provoked by the Obama administration than his discussions with the Kremlin in support of Israel’s seizure of Jerusalem!

Netanyahu’s operational weapons in manipulating US policy involved Jared Kushner, the billionaire Israel-First donors, the AIPAC and UN Ambassador Nikki Haley. Tel Aviv succeeded in securing Trump’s commitment to the Israeli agenda, despite opposition from the entire UN National Security Council and the overwhelming majority of the General Assembly. In the style of a typical authoritarian, US President Trump grovels at the feet of his ‘superior’, Israeli Prime Minister Benjamin Netanyahu, while tearing at the throats of his ‘inferiors’, the 193 member nations of the UN General Assembly.

Netanyahu’s vitriolic bar room threats against the entire membership of the UN prior to the vote ensured the repudiation of all Security Council representatives with the exception of his South Carolina puppet, Ambassador Nikki Haley. Trump and Haley backed the blustering Netanyahu by issuing gangland threats to all UN representatives who dare to oppose Washington’s dictates.

In this way, Prime Minister Netanyahu secured the greatest diplomatic and political success of his career – the total submission of the US to his agenda, at the risk of a major humiliation in the UN. This, in effect, formalized Israeli hegemony over Washington, for the world to see.

In contrast to Netanyahu’s beaming success, the US suffered a historic diplomatic defeat: Fourteen times as many nations voted against the demands of the US President over– Netanyahu’s grab of Jerusalem.

What makes the defeat even more striking is the fact that all major allies and most of the biggest aid recipients openly defied the US threats. Eight of the ten biggest US aid recipients voted against Trump–Netanyahu–Haley. This bizarre troika is now left with an enemy list circling the entire globe, and a few timorous allies in the South Pacific and among the death squads of Guatemala.

Trump’s total and puerile embrace of the raving Netanyahu has exposed and widened fissures in US global hegemony.

All of the leading Asian and Western European countries voted against Trump. They openly rejected the crude blackmail of the US-Israel duet. Subservient regimes in Eastern Europe, corrupt regimes in Latin America and some horrifically impoverished nations in Africa and Asia chose to abstain or excuse themselves to the bathrooms of Times Square. Narco-neo-liberal regimes in Mexico, Colombia, Paraguay, Panama and the Dominican Republic abstained. Even rightwing Eastern European regimes, which usually give unquestioned support to all US demands, like Romania, Bosnia, Poland and Latvia defied Nikki Haley’s ‘name taking’ by abstaining. The ‘no-shows’ (hiding in the toilets) included US puppets like Georgia, Samoa, St Kitts and Tonga.

An openly humiliated UN Ambassador Haley was left with the task of thanking the abstainers and ‘no-shows’ for their courage and preparing a few bags of goodies (matzos, Mogan David wine and discounts to the brothels of Tel Aviv) for the torturers of Honduras and half-drowned ‘leaders’ of Palau in gratitude for such loyalty.

Clearly Trump’s championing of a racist, colonialist, ethnic cleansing state like Israel is view as a strategic diplomatic disaster. The Manhattan egomaniac has tied the US fortunes to the whims of a pariah state led by a complete lunatic.

Trump’s decision to demonstrate total loyalty to his Zionist billionaire campaign ‘donor-owners’ and his Israel-First son-in-law in his first major foreign policy decision failed to impress any of the influential nations of the world – East or West. Indeed, it showed how fractured and dangerously dysfunctional the US Administration had become.

Most important, Trump’s proclamation of a unipolar world based on his notion of the US’s economic power has collapsed. Israel, despite Haley’s bluster and list-taking, has no legitimacy. It’s continued Mossad assassinations of leading Palestinians and others and the increasing IDF slaughter of the spontaneous Palestinian civilian resistance has failed to improve its international standing – except among Guatemalan torturers.

However, it is not clear that the US has lost its big power influence regarding other regional conflicts. The subsequent UN Security Council vote in favor of Washington’s demands for added sanctions against North Korea demonstrated Trump’s power to intimidate the oligarchs and leaders of China and Russia.

In other words, limits on US power still depend on the issues, the allies, the diplomatic appeals, the adversaries and the distribution of benefits and costs.

In the case of Jerusalem, Real Estate Mogul Trump’s bizarre decision to hand an entire city over to the Zionists alienated all Muslims and Christians the world over, as well as the secular Western liberal nations and emerging powers, like Russia and China. The US tied its prestige to the whims of a paranoid nation arrogantly flaunting its racist superiority complex, backed by groups of immensely wealthy overseas dual citizens.

Finally, Washington’s support for Israel’s perpetual and overt violation of international law and its bombing of humanitarian missions makes Israel a very costly ally. 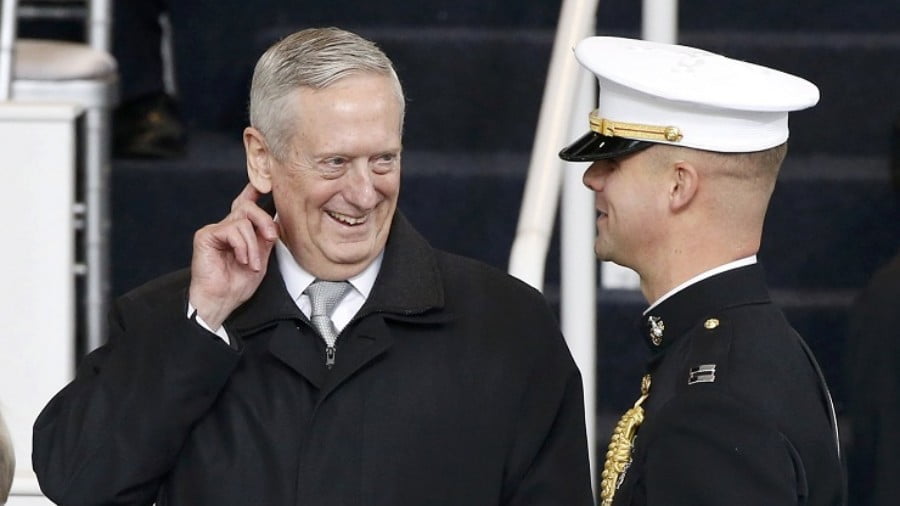 As atrocities and scandal begin to mount regarding the US-backed Saudi-led war on the impoverished nation of Yemen, the involvement and hypocrisy of the United States and other Western backers is coming to full light. Global condemnation of Saudi airstrikes on civilian targets has brought public attention to Washington’s role in the conflict – a… 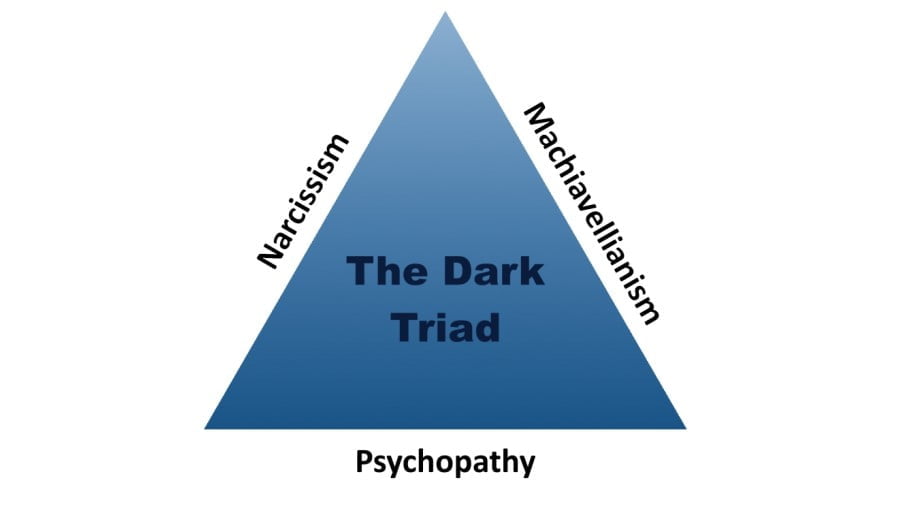 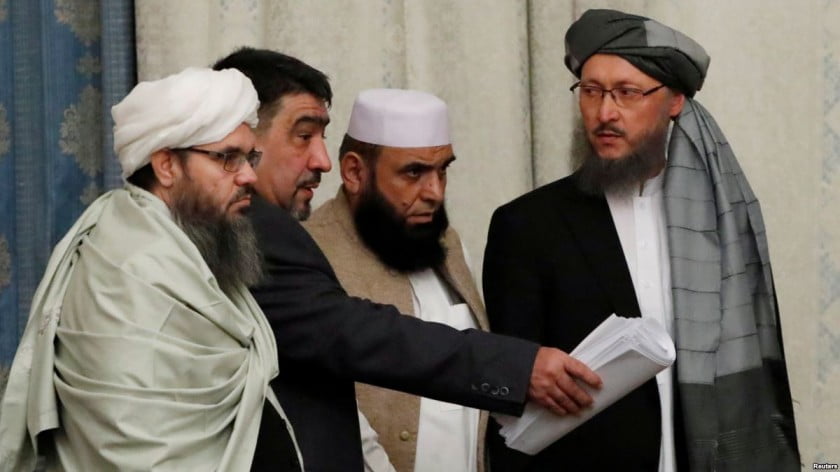