The Role of “Progressives” and the Antiwar Movement

What is now unfolding in both North America and Western Europe is fake social activism, controlled and funded by the corporate establishment. This manipulated process precludes the formation of a real mass movement against war, racism and social injustice.

The anti-war movement is dead. The war on Syria is tagged as “a civil war”.

The war on Yemen is also portrayed as a civil war. While the bombing is by Saudi Arabia, the insidious role of the US is downplayed or casually ignored. “The US is not directly involved so there is no need for us to wage an anti-war campaign”. (paraphrase) 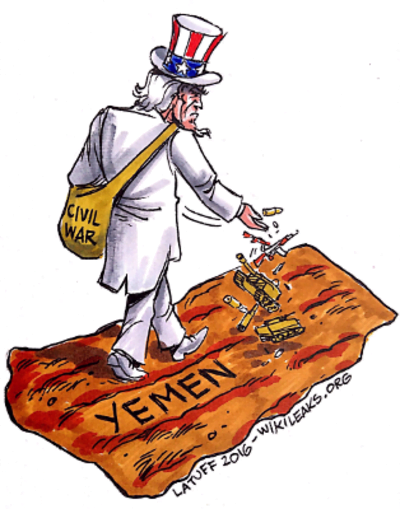 War and neoliberalism are no longer at the forefront of civil society activism. Funded by corporate charities, via a network of non-governmental organizations, social activism tends to be piecemeal. There is no integrated anti-globalization anti-war movement. The economic crisis is not seen as having a relationship to US led wars.

This mosaic was already prevalent in the counter G7 summits and People’s Summits of the 1990s and also from the inception of the World Social Forum in 2000, which rarely adopted a meaningful anti-war stance.

Through staged protest events sponsored by NGOs and generously funded by corporate foundations, the unspoken objective is to create profound divisions within Western society, which serve to uphold the existing social order as well as the military agenda.

It is worth underscoring the role of so-called “progressive” intellectuals in paying lip service to the US-NATO military agenda. This is nothing new.

Segments of the anti-war movement which opposed the 2003 invasion of Iraq are tacitly supportive of Trump’s punitive airstrikes directed against Syria’s “Assad regime” allegedly involved in “killing their own people”, gassing them to death in a premeditated chemical weapons attack. According to Trump “Assad choked out the lives of helpless men women and children”.

According to Chomsky: “The Assad regime is a moral disgrace. They’re carrying out horrendous acts, the Russians with them.” (emphasis added) Strong statement with no supporting evidence and documentation provided. Apology for Trump’s war crimes? The victims of imperialism are casually blamed for the crimes of imperialism:

…You know, you can’t tell them, “We’re going to murder you. Please negotiate.”That’s not going to work. But some system in which, in the course of negotiations …[with the Russians], … he [Bashar al-Assad] would be removed, and some kind of settlement would be made. The West would not accept it, … At the time, they believed they could overthrow Assad, so they didn’t want to do this, so the war went on. Could it have worked? You never know for sure. But it could have been pursued. Meanwhile, Qatar and Saudi Arabia are supporting jihadi groups, which are not all that different from ISIS. So you have a horror story on all sides. The Syrian people are being decimated.

Similarly in Britain, Tariq Ali,  tagged by the U.K. media as the Left’s prime leader of Britain’s anti-war movement going back to the Vietnam war, has also called for the removal of president Bashar al Assad. His discourse is not dissimilar from that of the Washington war hawks:

“He [Assad] has to be pushed out,… [ for which] the Syrian people are doing their best… The fact is that the overwhelming majority of people in Syria want the Assad family out – and that is the key thing that we have to understand and he [Assad] should understand…

Syria needs a non-sectarian national government to prepare a new constitution… If the Assad clan refuses to relinquish their stronghold on the country, sooner or later something disastrous will happen…That is the future that stares them in the face, there is no other future,” ” RT 2012 interview

Tariq Ali, who is a spokesperson for Britain’s Stop the War Coalition, fails to mention that US-NATO and their allies are actively involved in the recruitment, training and arming of a (largely foreign) terrorist mercenary army.

Under the “progressive” mantle of Britain’s anti-war movement, Ali tacitly provides legitimacy to Western military intervention on humanitarian grounds under the banner of the “War on Terrorism” and the so-called “Responsibilty to Protect”(R2P). The fact that both Al Qaeda and ISIS-Daesh are supported (covertly) by US-NATO is not mentioned.

According to British author William Bowles, Tariq Ali is one among many of the Empire’s Lefty intellectuals who has served to distort anti-war activism in both North America and Western Europe:

It exemplifies the contradiction of being an alleged socialist at home and enjoying the privilege of being part of the Empire’s intellectual elite and paid very well thank you very much, whilst dictating to Syria what it should and shouldn’t do. I fail to see the distinction between Ali’s arrogance and that of the West, that called for exactly the same thing! Assad has to go!

There can be no meaningful anti-war movement when dissent is generously funded by those same corporate interests which are the target of the protest movement. In the words of McGeorge Bundy, president of the Ford Foundation (1966-1979),“Everything the [Ford] Foundation did could be regarded as ‘making the World safe for capitalism’”. And several “Lefty intellectuals” serve the role of “making the World safe” for the warmongers. 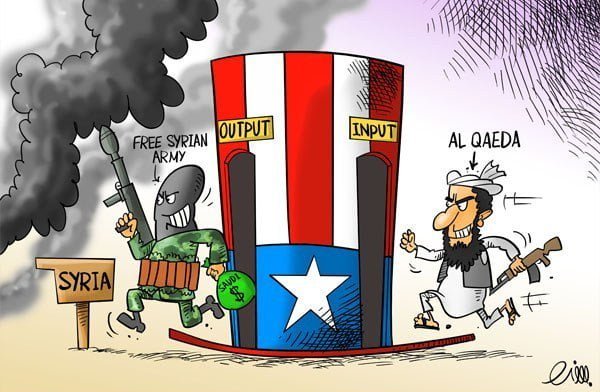 Today’s antiwar protest does not question the legitimacy of those to whom the protest is addressed. At this juncture, “progressives” –funded by major foundations and endorsed by the mainstream media– are an obstacle to the formation of a meaningful and articulate grassroots antiwar movement acting both nationally and internationally.

A consistent antiwar movement must also confront various forms of cooption within its ranks, namely the fact that a significant sector of so-called “progressive” opinion tacitly supports US foreign policy including “humanitarian interventions” under UN/NATO auspices.

What is required is the development of a broad based grassroots network which seeks to disable patterns of authority and decision making pertaining to war.

This network would be established at all levels in society, towns and villages, work places, parishes. Trade unions, farmers organizations, professional associations, business associations, student unions, veterans associations, church groups would be called upon to integrate the antiwar organizational structure. Of crucial importance, this movement should extend into the Armed Forces as a means to breaking the legitimacy of war among service men and women.

The first task would be to disable war propaganda through an effective campaign against media disinformation.

The corporate media would be directly challenged, leading to boycotts of major news outlets, which are responsible for channelling disinformation into the news chain. This endeavor would require a parallel process at the grass roots level, of sensitizing and educating fellow citizens on the nature of the war and the global crisis, as well as effectively “spreading the word” through advanced networking, through alternative media outlets on the internet, etc. In recent developments, the independent online media has been the target of manipulation and censorship, precisely with a view to undermining anti-war activism on the internet.

The creation of such a movement, which forcefully challenges the legitimacy of the structures of political authority, is no easy task. It would require a degree of solidarity, unity and commitment unparalleled in World history. It would require breaking down political and ideological barriers within society and acting with a single voice. It would also require eventually unseating the war criminals, and indicting them for war crimes.

Nigeria's Racing Towards a Nightmare Scenario

American Militarism Marches On: No Discussion or Media Coverage of Washington’s War Against the World

United (Socialist) States of America? Trump-Biden Showdown is a Battle for the Capitalist Soul of the Country