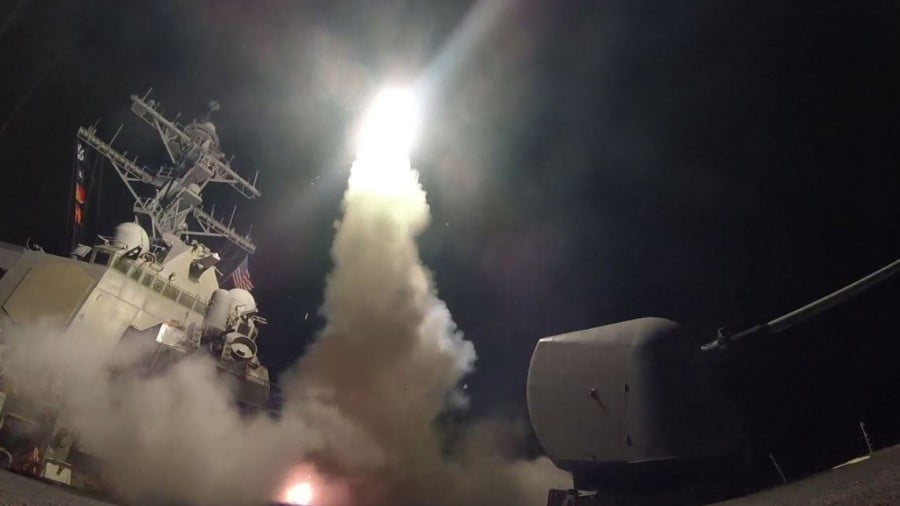 There are snags ahead for the US administration as it tries to bring to life its plans to build a wall on the Mexican border. President Trump will have to fight an uphill battle to keep his pre-election promise, but launching a program aimed at ensuring the border security of another state situated thousands of miles away – plans that were never announced – has proved much easier. The news came as a big surprise to those following events in the Middle East.

A 30-thousand-strong US-backed “Border Security Force” (BSF) is to operate along the borders with Turkey and Iraq, as well as within Syria along the Euphrates River. Its activities will be coordinated with the aligned Kurdish-dominated Syrian Democratic Forces (SDF) already in place to control nearly 25 percent of Syrian territory in the northern and eastern parts of the country.

Two hundred and thirty new cadets have already been recruited to the force. A US-led coalition source said: “The base of the new force is essentially a realignment of approximately 15,000 members of the SDF to a new mission in the Border Security Force as their actions against ISIS draw to a close.” According to The Defense Post, “the ethnic composition of the force will be relative to the areas in which it serves, with efforts taken to ensure that people serve close to their homes. This all but guarantees that Kurds, who make up a majority of the population in northeastern Syria, will be establishing checkpoints along the roughly 820-kilometer (510-mile) Syria-Turkey border”. The move will have far-reaching repercussions.

On January 15, Turkish President Recep Tayyip Erdoğan said that Turkey considers the new force to be a “terror army” that should be strangled before it is born, and openly threatened military action. According to the Turkish leader, final preparations are underway to strike the Kurdish-led forces in the Afrin region of northern Syria and an operation could start at any moment, regardless of the presence of the US military stationed there. Turkey sent more hardware to the Syrian border after the US decision to create the border force was announced.

This is a very serious development that comes after several years of friction. Last summer, the US promised Turkey it would take weapons away from Kurdish militias after the defeat of the Islamic State. The promise was broken and has already been forgotten. Washington also promised repeatedly that it would leave Syria following the defeat of the Islamic State, but in late 2017, the US announced it would stay.

The Syrian government has also condemned the plan, calling it a blatant encroachment on the integrity of the country. On January 15, state television reported that the government is determined to drive out the US from any involvement in Syria. It has also been criticized by Russia’s Foreign Minister Sergei Lavrov, who said that the US may be pursuing a policy to partition Syria.

The US move shows that Americans will be in Syria for a long time to come and their future plans have little to do with the fight against the Islamic State, which has been driven out, reduced to insignificance, and no longer has any influence on events in Syria. Al-Masdar News reports that Kurdish forces have received a shipment of portable surface-to-air missile systems (MANPADS) from the United States as part of a secret deal. The weapons will provide Kurdish militias with some kind of air defense capacity should hostilities between Turkey and Syrian government forces break out.

In fact, the US is pushing ahead with plans to create the Democratic Federation of Northern Syria, which will be dominated by Kurds with sizeable Arab and Assyrian populations. Its status remains to be determined. The US has repeatedly spoken in favor of Syria’s territorial integrity, but has always rejected the possibility of President Assad being its leader, at least not for a considerable period of time. It is no coincidence that shortly before news of the BSF’s creation was published, the Asharq Al-Awsat newspaper reported that the US was moving closer to a diplomatic recognition of the area (about 28,000 square kilometers) controlled by the Syrian Democratic Forces. According to the source, US Defense Secretary Jim Mattis said: “Washington would send diplomats to SDF-controlled areas to work alongside the military.” It is also pushing for the establishment of empowered local councils.

The BSF is not the only force being established by the US in Syria. It wasreported in December that a US-led coalition is training the New Syrian Army at the Syrian Hasakah refugee camp located 70 kilometers from the Turkish border and 50 kilometers from the Iraqi border. This new armed force will supposedly be used for launching offensive operations outside SDF-controlled areas.

So, while Moscow is working hard to reach a peaceful settlement of the Syrian crisis and applying great efforts to convene a “Syrian People’s Congress” in Sochi, Washington is doing its best to undermine the peace talks being held in Astana and Geneva, as well as the prospects for the upcoming Sochi conference. The obvious goal of its activities is the partition of the war-torn country. Clearly, Washington’s plans include reigniting a new regional war in Syria, pitching one side against the other. Instead of promoting the long-awaited negotiation process, the US is going to great lengths to make the conflict switch to a new stage.

The stand-off between the US and Turkey is unprecedented. It brings to mind when Greece and Turkey were teetering on the brink of war, but that was a long time ago and there were many NATO members around to prevent it happening. This time, a conflict is imminent. If started, it would be hard to imagine Turkey remaining a member of NATO and the US Air Force still operating from Incirlik air base.

And this is not the only imminent threat to NATO unity. Romania’s Prime Minister Mihai Tudose has physically threatened any ethnic Hungarians demanding autonomy. Tudose stated that Hungarians from Transylvania who hoist the Szekler flag, the unofficial regional symbol of three Romanian counties where ethnic Hungarians have a sizable population, should be hanged. The threat was made after three ethnic Hungarian politicians called for autonomy for this part of Romania. It was met with outrage in Hungary, of course, followed by a diplomatic row, protests, and explanations. On January 16, the Romanian prime minister was removed from office. It does not mean an end to the Romanian Hungarians’ aspirations for autonomy, however. A spark can start a blaze at any moment and this is a problem for NATO, since Moldova may get involved along with thousands of Russian citizens living in Transnistria. It is not NATO’s only problem either, as some of its members are considering leaving.

The challenges to NATO’s unity are taking place amid numerous unsolved problems and evils  that have beset the West. Instead of addressing them, however, the West is concentrating its efforts on opposing Russia and intervening in faraway conflicts. There are big challenges ahead for the US in 2018, and it is hard to see how its involvement in the Syrian conflict, or any other conflict so far away from its borders, could promote its “America First” strategy. Instead of diplomatic initiatives, the US prefers to focus on war preparations in far-off lands. Whatever the hidden agenda behind America’s recent moves, the risk of a large-scale multi-sided war has just grown considerably. 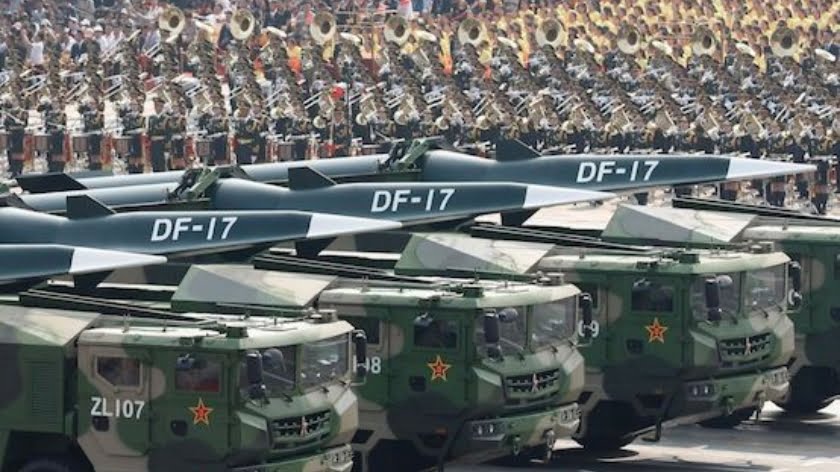 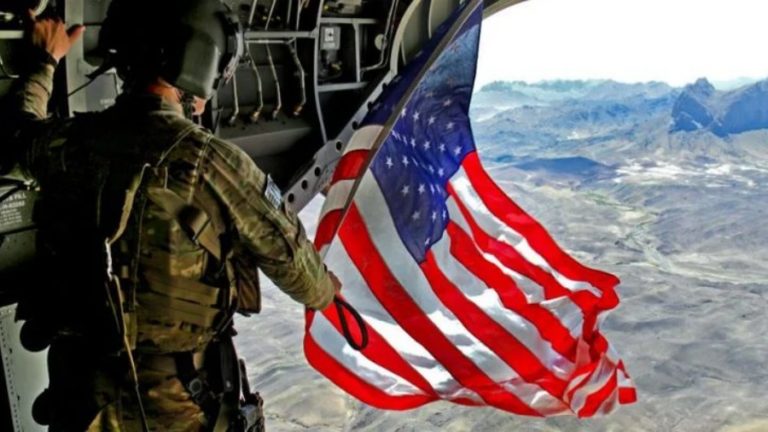 Mark Twain is credited with the saying ‘History never repeats itself, but it does often rhyme.’ The echoes of history resonate as the new US administration prioritises the Afghan problem for policy review.  The highlight of the White House readout following a phone call by the new National Security Advisor Jack Sullivan to his Afghan… 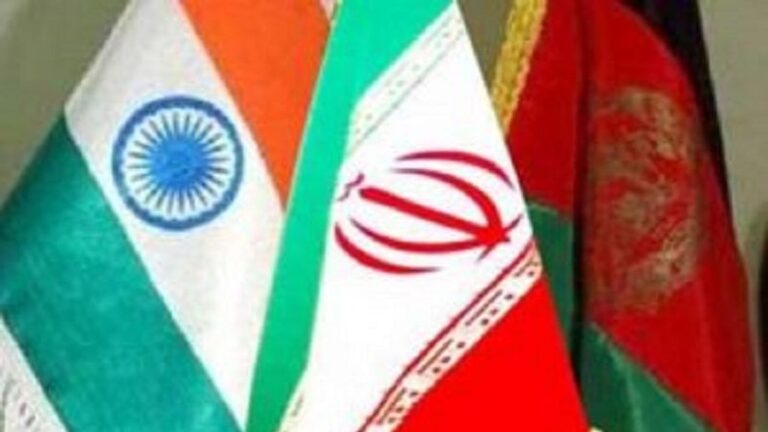 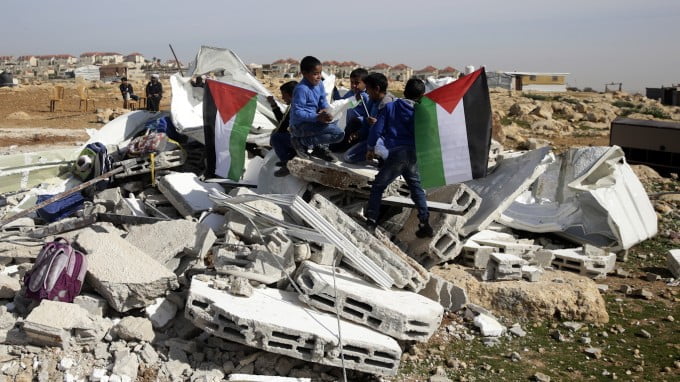 A report published in June of 2020 states that in 2017, 2018 and 2019, the state of Israel demolished over two thousand homes of Palestinian citizens of Israel per year in the Naqab region alone. The report was put together by an Israeli Non-Governmental agency called, “The Negev Coexistence Forum for Civil Equality.” History The Naqab,…