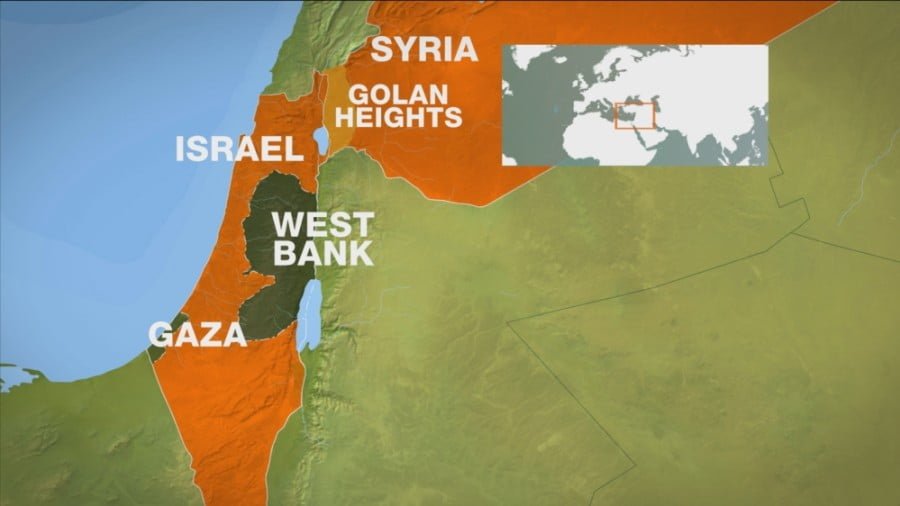 Around 6 am GMT the Syrian air defense shot downed an Israeli fighter jet that was attacking the country. There is now the chance that a larger war will ensue. (The whole story behind this will surely be covered in Elijah Magnier’s upcoming book on Hizbullah.)

This escalation comes after a series of recent provocations against the Russian forces in Syria, yesterday’s U.S. attack on Syrian forces, last week’s Israeli threats against Lebanon and dozens of Israeli air attacks on alleged Hizbullah or Iranian installations in Syria.

Tonight’s events developed after Israel shot down what it called an “Iranian drone” allegedly in air space over the Israel occupied Syrian Golan Heights. Syria denies that its drone violated Israeli air space. Israel then attacked ground targets in Syria. One attacking Israeli F-16 fighter jet was taken down by Syrian air defense. The pilot ejected and parachuted into Israeli territory. He is wounded but survived. It is the first downing of an Israeli jet by Syrian air defense since 1982! Further Israeli “retaliation” followed. This is another paragraph in the long history of Israeli aggression against Syria.

There are some unconfirmed vague reports of a second damaged F-16 and a destroyed Israeli Apache helicopter.

Elijah J. Magnier‏ @ejmalrai – 5:06 AM – 10 Feb 2018
Missiles launched over #Damascus; Rockets over the Golan Heights and a drone downed over #Israel: all in the last hour.
Israel said it is “an #Iranian drone”. If that is the case, it is a “forced reconnaissance” to exhaust the Israeli defence system, #Hezbollah’s style.

#Breakingnews:
#Israel F-16 downed by what seems to be #Syria air defence system

#BreakingNews: Private source
All Syrian military and intelligence and their allies (#Hezbollah) positions in #Syria and #Lebanon on full alert

Source: #Israel recognition of downing an F-16 means Syria is on alert waiting for any Israeli violation, as is #Hezbolah and #Iran. Would Israel be dragged to war? How #Russia will react in #Syria? The front is very hot now.

#Israel changing version from “an #Iranian drone” to admit the downing of an F-16 was a first attempt to accuse #Tehran but later had to admit the reality showing a confusion in decision makers in the first hour.

#Syria is used to war as its leadership has been engaged in it fully for the last 6-7 years. Therefore #Damascus’s Gov is ready for another front following the liberation of #ISIS last pocket in the north (except the one under #USA control).

Level of escalation in #Damascus response was a warning to #Israel that #TelAviv didn’t take onboard. #Israel may limit itself bombing few Syrian positions from afar (flying over #Lebanon) or be dragged into escalation on a front from #Lebanon to #Syria

#Israel can’t ignore the downing of its F-16, never happen in the last decades over #Syria and #Lebanon. Therefore what is important is the level of response: will the response bring a retaliation? If so, the long waited war may began.

This is a new Rule of Engagement and a new situation where #Israel is finding itself incapable of dominating the #Syria/n air space. It also shows #Damascus freedom (unlike many analysts believed) to respond regardless what #Russia’s position is.

#Syria/n officials believe more than 1 F-16 were hit by its anti-Air missiles, showing the Syrian air-defence capability and the challenging attitude of #Damascus towards #Israel (not accepting the Israeli version of only 1 F-16 downed).

One conclusion: The Sky over #Syria is no longer an #Israeli/i promenade and the Syrian Army is now ready for another confrontation. This blows up all (ridiculous) assessment by analysts that “the Syrian Army stretched…, skinny…, few thousands only…)

#Israel admitted, indirectly, of the efficiency of the #Syrian Air-defence system by saying:”We study a retaliation”. The question is and remain: How #Russia will behave? Allow #Israel to hit its Syrian ally and remain on the side? Or stop the escalation?

It is in the disadvantage of #Russia to see another war in #Syria on the southern front, with a #USA intervention, #Hezbollah #Iran the #Palestinians… all that may lead to a general war unless the Israeli response is limited.

#Hezbollah, on full alert in #Syria and #Lebanon, expected the reaction. Its leader Said Hasan Nasrallah warned to open a general war from Naqoura to the Golan Heights in the forthcoming war.

This escalation coincide with the approval of #Lebanon to start its oil exploration in Block 9.

Just a thought: If this is a #Russian tit-for-tat, we could say that it is #Russia response to the downing of the Russian jet over #Idlib. Russia accused the #USA of providing anti-air missiles to #AQ allies.

It is likely that #Damascus issues a communiqué to confirm its air defence fired the missiles against the F-16 hitting more than one jet to counter the #Israeli version claiming that #Iran is directly involved in this event.

It seems #Israel warning Sirens blare in Northern #Israel over the Golan, the Galilee and the northern of Israel, closing the airspace over the north of Israel.

Should Israel escalate to a bigger war it will be covered with hundreds of missiles per hour. Hizbullah has enough reserves to submit Israel to weeks of uninterrupted fire. Normal civil life will come to a stand still. Lebanon and Syria would also be under severe attacks but they are better positioned to endure such a situation.

A downed F-16 is already a bloody nose for Israel. It is not in its interest to further escalate.

Russia as well as the U.S. could become involved and into direct conflict. This must be avoided at all cost. But the current personal in White House, especially the military triumvirate behind the president, is of dubious quality. Moscow is hopefully aware of this.

The parties are now deescalating. In the last round Israel claimed to have hit several Syrian air-defense positions and “Hizbullah depots” while Syria claimed to have shot down more incoming missiles. Israel signaled that it is not interested in further escalation and Russia called for both sides to calm down. There has been no statement from Washington.

If this outcome persists we can state that there are now new “rules of engagement” and new “red lines”. Further Israeli attacks on Syria will be responded to by effective means. The Russian officers who are co-located with the Syrian air defense will not intervene to Israel’s advantage. That fact is in itself a message from Moscow to Israel to stop its open and its clandestine provocations.

This is the end of it guys: #Israel decided to stand down and de-escalate. #Russia received & Israeli request to mediate to stop the escalation. Israel has lost the first battle against #Damascus when Syria was ready,after eliminating ISIS in central Syriahttps://t.co/3YbnwLiaVs 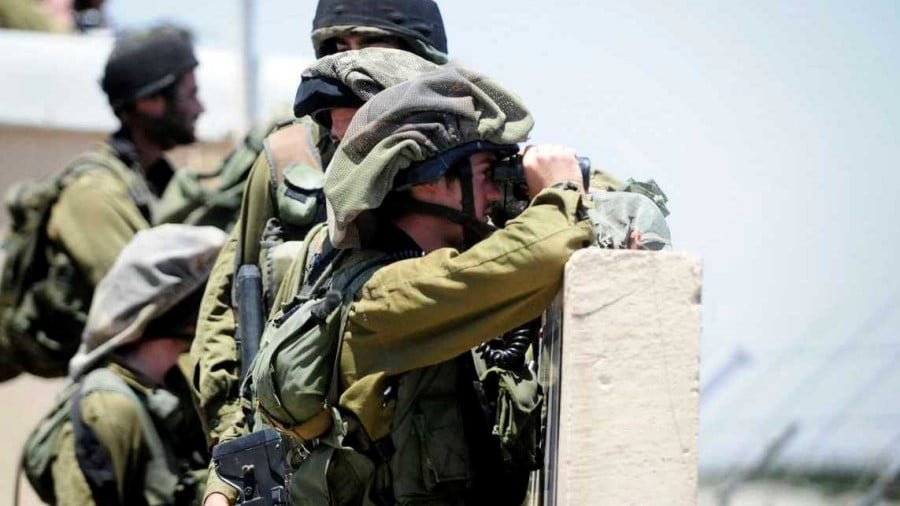 Throughout Obama’s war, now Trump’s, Israel colluded with Washington in waging naked aggression on sovereign Syria for regime change. It’s been complicit with Washington, NATO, the Saudis, Qataris and Jordan in supplying ISIS and other terrorists with weapons, munitions, and other material support. By its own admission, it conducted countless numbers of cross-border terror-bombing attacks… 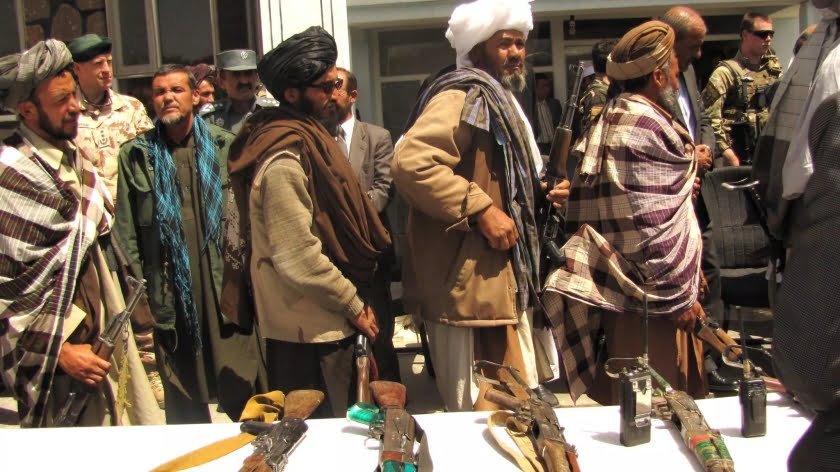 From the caves of the Hindu Kush mountains to conference rooms in swanky Moscow hotels, the Taliban have come a long way in their national liberation struggle and are proving themselves by the day to be the most capable stewards of post-US Afghanistan after their recent travels to the Russian capital turned them into seasoned… 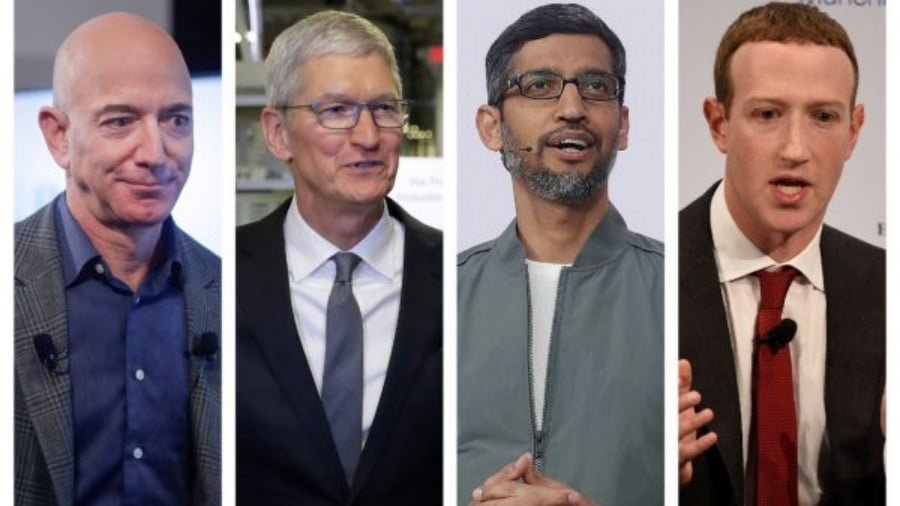 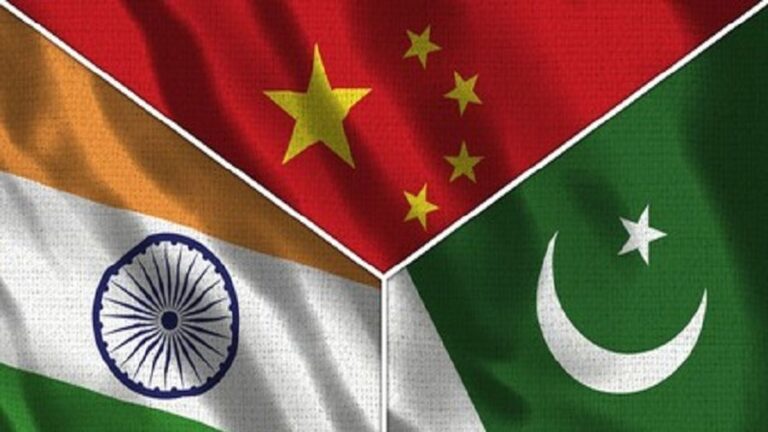 India’s political system allows for a diversity of discourse, including about foreign policy, but constructive critiques should be realistic and based upon actual facts. Opposition leader Rahul Gandhi’s, however, aren’t either of these. Indian opposition leader Rahul Gandhi condemned Prime Minister Narendra Modi on Wednesday while speaking before the Lok Sabha. According to the Congress… 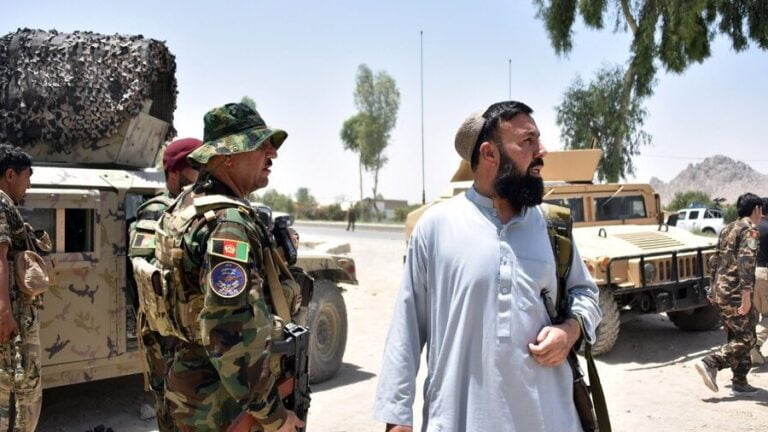 The untimely remarks by External Affairs Minister S. Jaishankar on the situation in Afghanistan during a joint press conference with his Russian counterpart Sergey Lavrov at Moscow on Friday does no good for his reputation as a scholar-diplomat with integrity or for India’s standing on the global stage as a responsible regional power.  The Indian…