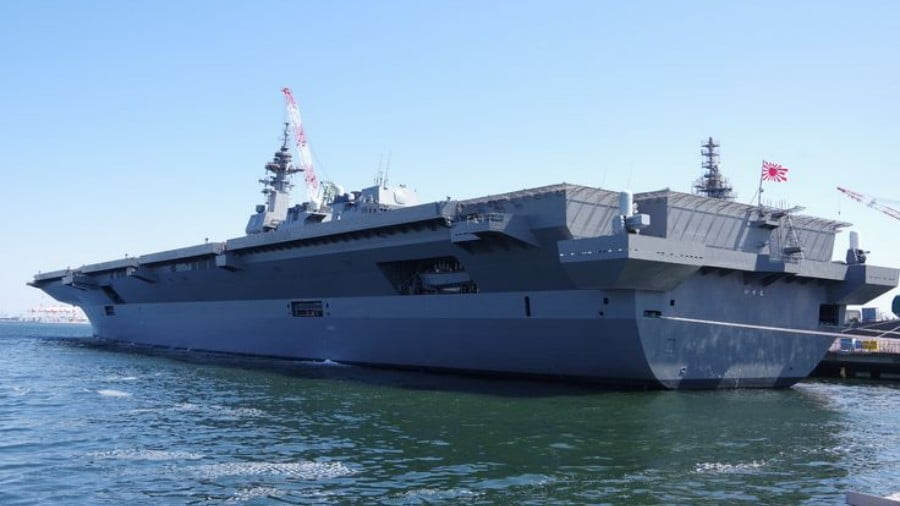 In the complex political picture that looms in the Indian and Pacific region, the various processes that are taking place in all of its geographical elements deserve attention. At the same time, it makes sense once again to designate the special significance of the sea band between the coast of the PRC and the so-called ‘First Island Line’. However, there are increasing signs of an increase in the role and region of the Indian Ocean (IOR).

It is also useful to recall that in the expert community itself, the Asia-Pacific region (APR) and IOR are in the same geopolitical region since the middle of the last decade. Even then, the strategic importance of controlling the largest sea traffic starting from the Persian Gulf zone, as well as the east coast of Africa and ending in the ports of India, Australia, China, Japan, and other significant participants of the modern geopolitical game. All of them, while maintaining their involvement in the processes taking place in the aforementioned area, are developing their activity in the IOR. First of all this applies, of course, to India, where the meme the ‘Indian Ocean must be Indian’ is popular. However, China is in complete disagreement with its semantic content, the various aspects of its activities in the IOR are constantly being discussed in the IEE.

The increasing competition between the two Asian giants for the control of IOR was once again manifested after India’s test of the IDB Agni 5, which took place on 18 January, the missile was launched from a test site on the island of Abdul Kalam, located off the east coast of India in the Bay of Bengal. In 2015, the island received its current name on behalf of the 11th president of the country, a well-known scientist who for a long time headed Indian programmes in the field of armaments and, in particular, applied-space rockets. Under his leadership the development of a series of ballistic missiles Agni with different range, including the latest 5-th modification began. All of them are intended to be equipped with nuclear warheads. Agni 5 has a design range of 5 thousand kilometres and can hit any significant targets across the whole territory of China.

This was the fifth launch since the beginning of the April 2012 tests of this type of IDB. According to the representative of the Agni 5 developer-organisation, this time the main task of the launch was to test the latest navigation system, which ensures that the warhead hits the target ‘with an accuracy of several metres’. The system test was ‘a complete success‘.

‘In response to Indian missile tests China should increase its presence in the Indian Ocean’, – an article under such a heading in the Chinese Global Times came out on the same day (18 January) in which military-political consequences of the next launch of Agni 5 were assessed. Of these, the chief, according to the author, is ‘a direct threat to China’s security and a serious challenge to global efforts to the non-proliferation of nuclear weapons’.

The last remark deserves particular attention. The thing is that China is against India’s intention to join the so-called ‘Nuclear Suppliers Group’, which controls the flow of technology and materials that can be used to produce nuclear weapons by those countries that have not signed the Non-Proliferation Treaty.

These include India, whose plans, however, include a sharp increase in the energy balance of the country’s share of nuclear power and, therefore, a very relevant issue of accession to the NSG. It is therefore not accidental that the statement made by Prime Minister Narendra Modi on 20 January on India’s commitment to all the provisions of the NPT, although it is not a signatory of the Treaty.

In the article quoted above, the Chinese expert drew attention to another fragment in which the fact of the next Agni 5 test is immersed in the context of the regional political game with a mention of its main participants. Of these, Japan ranks first, ‘cooperation’ with India ‘is growing in order to contain China’.

This remark is also not accidental. It is directly related to the trends in Japanese defence construction, which are manifested both in the statements of recent months of officials, and in some paragraphs of the project of the defence budget of the country for 2018 fiscal year, which will be approved by Parliament until 31 March this year.

Earlier we already noted the intention of the Japanese leadership to make fundamentally new positions in the “National Security Strategy”, which are primarily due to the plans for the formation of the “Four” allies with the participation of the United States, Japan, India and Australia.

However, expansion of the Japan’s comprehensive cooperation separately with each member of the (future) ‘Four’ has been noted long ago. In particular, it is very noticeable in the pair ‘Japan-India’.

Delhi has a complete understanding of Japan’s desire to increase its presence in the Indian Ocean. There will certainly be a positive assessment and plans to expand the list of so-called ‘ports of call’ for Japanese naval ships in the coastal countries of the Indian and Pacific oceans. Moreover, in this case, Japan is going act together with the members of the ‘Four’ and Britain.

With regard to the question of which Japanese ships would be “entering” foreign ports, the first two new type ‘destroyer-helicopter carrier’ of the Izumo class already in the Japanese Navy are the focus of attention. Here the type of these ships is quoted for the reason that it is a question of full-fledged helicopter carriers (a standard displacement of 27 thousand tonnes), which can easily turn into light aircraft carriers.

Actually, the possibility of such a metamorphosis with these ships was discussed at the beginning of the current decade in the period of their laying on the stocks. Even then, aircraft were indicated, which can be placed in hangars and decks of future aircraft carriers (up to 10 units each). It was about the newest fighters-bombers of 5th generation F-35 in variant “B” which provides a shortened takeoff and vertical landing.

Note that the same fighters will be based on the British aircraft carrier Queen Elizabeth, about the possibility of sending it to the region recently said Foreign Minister Boris Johnson, and the plans for the Japanese-British military cooperation (primarily at sea) was discussed during the visit in Tokyo, Prime Minister Teresa May.

With the aforementioned message about the intention of the Japanese Navy to modernise the ‘destroyers-helicopter carriers’, leaks to the press are completely correlated about the plans of the Ministry of Defence to purchase dozens of additional’ F-35s. The fact is that the company Mitsubishi (with the assistance of the American company-developer Lockheed Martin) has already started to manufacture on 42 F-35A fighters, intended for the Japanese Air Force. Part of the “extra” F-35 may well be designed to equip the aforementioned ships.

According to the Japanese newspaper Mainichi Shimbun, most likely, the current information campaign will be reflected in the new MoD documents on the medium-term planning of the country’s military construction, which will appear in 2020. These documents, according to the article of the said newspaper, will be a trend in giving the Japanese armed forces “shock-offensive” potential.

It should be noted that by that time, first, Japan will be headed by a new monarch (the name of the reign of which is currently being discussed) and, secondly, the current Prime Minister Shinzo Abe is going to realize the main goal of his political career, that is Amendments to the 9th article of the National Constitution.

Apparently, by 2020, Japan’s MoD will no longer need to resort to euphemisms in the designation of the types of weapons systems being developed and the tasks of naval patrols (or even basing), for example, in the Indian Ocean. 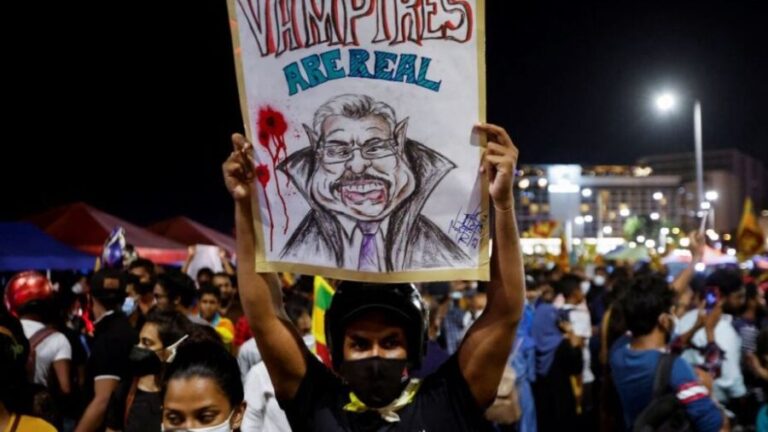 The West is facing a systematic crisis both economically and socially and it appears to have no solutions but more money printing and war. Neither of which will help. While most of the world’s attention is focused on the Ukraine, there are events happening in Sri Lanka that should alarm everyone. Sri Lanka is a… 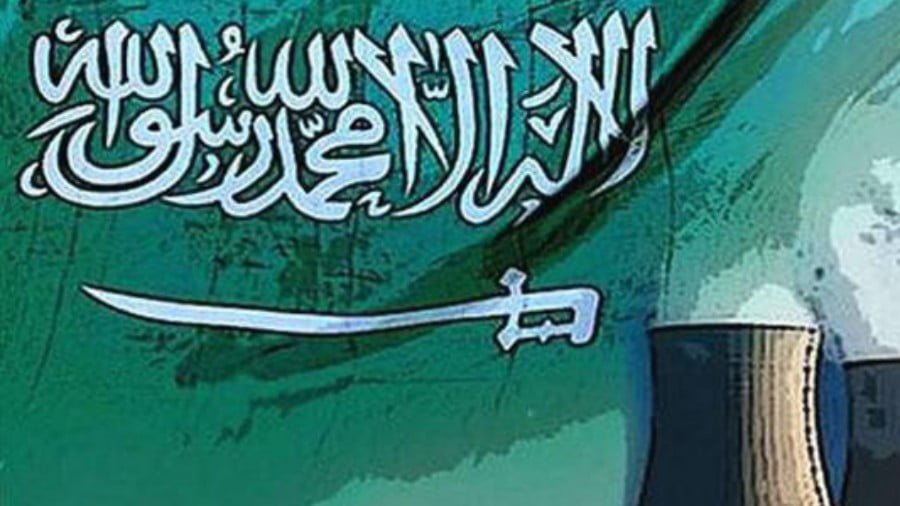 China and India are locked yet again in a stand-off of Himalayan proportions. Almost five weeks after Indian troops trespassed and forcibly halted the activities of a Chinese road construction crew on a narrow plateau at the China-Bhutan-India tri-junction area in the Sikkim Himalayas, the two sides appear no closer to resolving their quarrel. The… 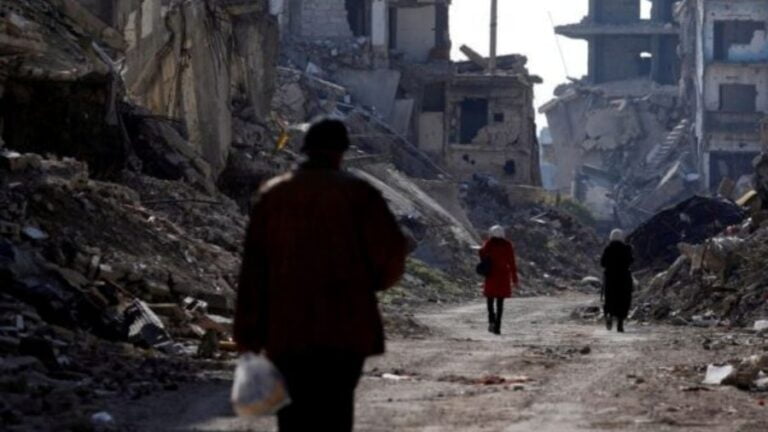 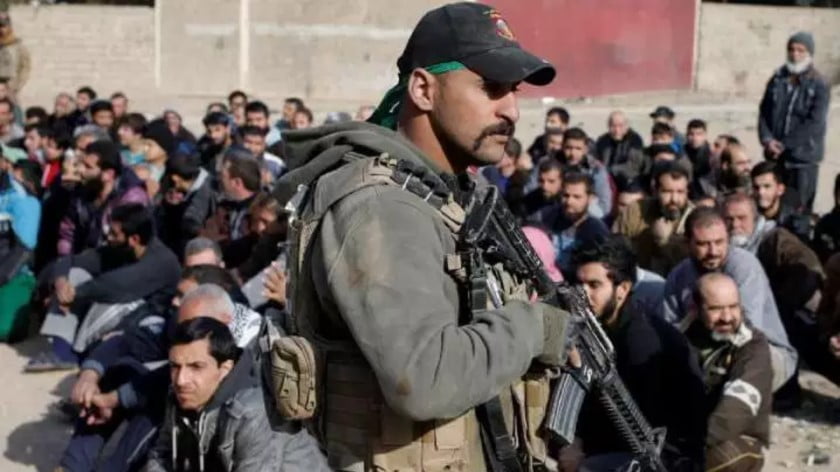