Kids: Then and Now

OK, so why is the country falling apart? Specifically, why are kids blowing each other away? America has become a source of wonder the world over with its Colulmbines and hundreds and hundreds of dead in Chicago and Baltimore and its burning cities and riots. Other advanced countries don’t do these things.

America didn’t either until recently. Why now? Something has changed, or some things. What? People under under forty have never seen the country when it was sane. Let me point out things that have changed, at risk of sounding like a boilerplate cadger: “By cracky, when I was a boy, we could amuse ourselves for hours with just a piece of string and a couple of sticks.” Let’s compare today with the Fifties and Sixties. I mean this as sociology, not nostalgisizing.

I think that a combination of social changes have led to tremendous stress on today’s kids that my generation did not suffer. To wit:

In my rural Virginia school, there was no racial tension. We were all white: teachers, students, parents.

The black kids went to their own school, Ralph Bunche. We had virtually no contact with each other. There was no hostility, just no contact. The academic gap didn’t exist in the absence of contact. Integration would prove cruel when it came. and the black kids sank to the bottom. The causes can be argued, but the fact cannot.

There was no black crime to speak of or, as far as I knew any black crime. Certainly blacks did not shoot each other, or anybody. Neither did we. The reasons I suspect were similar.

Divorce was extremely rare, so we all had parents. Whether it is better that unhappy couples stay together or that they divorce can be argued, but they then did stay together. It made a large difference in outcomes if one accepts the statistics. The welfare programs of the Great Society had not yet destroyed the black family, which I speculate accounted in part for low crime.

Drugs did not exist. These appeared only with the Sixties. A few of us had heard of marijuana. I read a clandestine copy of The Naked Lunch. That was it. We drank a lot of beer.

In the entire school I remember only one, moderately fat kid. Why? Because, I will guess, we were very physically active. The school had PE classes, football and basketball teams, and so on. In summer kids aboard Dahlgren spent their days at the base swimming pool or swimming in Machodoc “Creek”–it was perhaps three-quarters of a mile wide–bicycling, canoeing- playing tennis. The country kids chopped cord wood, lifted hay. There was ice skating for hours in winter. Gloria, my best girl, got up at four a.m. to help her father pull crab pots on the Potomac, Though feminine, she probably could have thrown a Volkswagen over a four-store building. Again, I offer this not as nostalgia but as biological fact with effects.

Physical fitness has. I suspect psychological consequences. For example, ADHD did not exist. Boys are competitive, physical animals full of wild energy and need–need–to work it off. Boredom and enforced inactivity are awful for them. Two or three hours daily of fast-break pick-up basketball did this. If you force boys to sit rigidly in school, with no recess or only physically limited play, they will be miserable. If you then force them to take Ritalin, an approximate amphetamine, they will be miserable with modified brain chemistry. I don’t think this is a good idea.

Sex and, I think, its psychological consequences were different then. We were aware of sex. I am not sure we were aware of anything else. But the culture was such that, first, young girls, middle school, say, were sexually (very) off limits. When barely pubescent girls are taken advantage of by boys of seventeen or of thirty-five, the emotional effects are devastating. By contrast, boys hoped desperately to be taken advantage of.

The de facto social theory was that girls should remain virgins until married. I think few really believed this, and certainly many girls did not. However the necessity of pretending, plus the fear of pregnancy in those pre-pill days, allowed girls to say “no.” if they chose. The Pill, backed up by abortion, would make girls into commodities. If Sally said no, Mary wouldn’t, and boys, churning hormone wads, would go with Mary. Thus girls lost control of the sexual economy and the respect that went with it. More stress.

Anorexia and bulimia did not exist. We didn’t know the words. Both look to me like a reaction to stress.

Uncertainty is a formidable source of stress. We had little uncertainty as to our futures in the sense that the young do today. We assumed, correctly, that jobs would be available for us. For kids who were not going on in school, there were jobs at Dahlgren, the local naval base, as secretaries or guards or maintenance personnel, federal jobs with benefits. More remotely, Detroit was paying what seemed to us astronomical wages. Those of us in the college track, which meant those whose parents were grads and those who had high SATs, knew we could work in whatever field we had chosen. Starbucks and living in our parents’ basements never crossed our minds.

Social mobility existed, and girls had not yet been taught they they were victims. Of my graduating class of sixty, two girls became physicists and my buddy Franklin, of non-college family an electronics engineer. Sherry a year behind me, a nuclear biologist. All, I think, of non-college families. There must have been others.

Extremely important, I think, was that the school was apolitical. We didn’t know that it was. School was where you learned algebra and geography, or at least learned at them. The teachers, both men and women, assumed this. The white kids were not endlessly told that they were reprehensible and the cause of the world’s problems. The boys were not told that masculinity was toxic. Hysteria over imaginary rape was well in the future. Little boys were not dragged from school by the police for drawing a soldier with a rifle. The idea of having police in a school would seem insane when it first appeared.

More speculatively: My wife Violeta recently commented that the young today seem about ten years younger than their age. There may be something go this. At least in the media and academic worlds, people in their mid-thirties remind me of the young of the Sixties, displaying what appear to be the same hormonal rebellion and sanctimony. It has also seeped into high school. There is the same anger, the same search for grievance, the same adolescent posturing.

I think feminism plays a large part in the collapse of society in general and specifically in pushing boys over the edge. In my school years boys were allowed to be boys. Neither sex was denigrated. Doing so would have occurred to nobody. Then came a prejudice against boys, powerful today

All of this affected society in its entirety, but especially white boys. They are constantly told that being white is shameful, that any masculine interest is pathological, that they are rapists in waiting. They are subjected to torturous boredom and inactivity, and drugged when they respond poorly. They go to schools that do not like them and that stack the deck against them. Many are fatherless. All have access to psychoactive drugs. 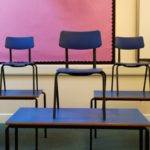 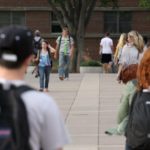 The Power to Oversee the Education System, A Historical Timeline from the Prussian Empire to the Rockefeller Dynasty

A College "Education" has Little to Do With Education

Education and the Dismantling of the Mind

The Language of Neoliberal Education