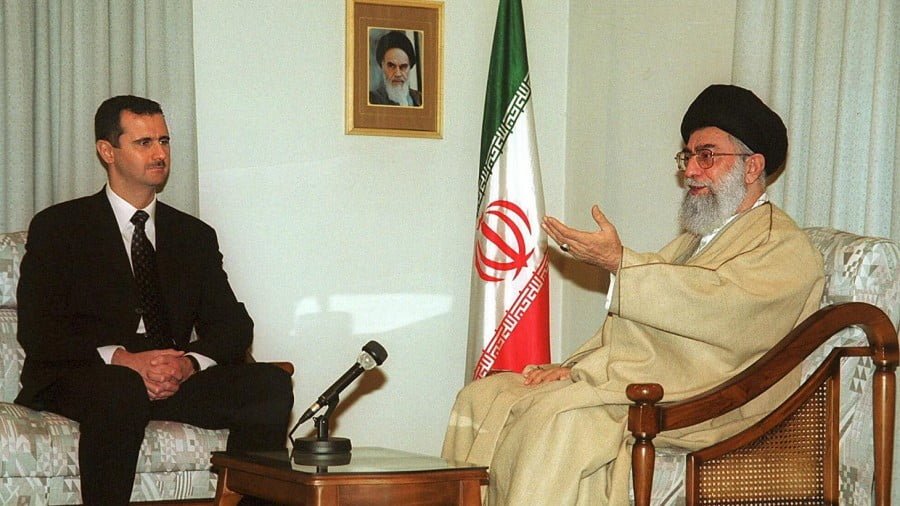 The US and its allies don’t really care at this point whether President Assad remains in office or not since their most pressing concern right now is to remove Iranian military influence from Syria, but they won’t ever abandon their regime change plans so long as they think that this is the only way to accomplish that objective.

“The writing is on the wall”, proverbially speaking, and it says that the US and its allies are conspiring to stage another chemical weapons false flag in Syria sometime real soon. Russia already warned that the terrorists are preparing such a plot, and the “White Helmets” are once again complicit in it too. Almost as if on cue, the France and the UK said that they’d join US-led strikes against the Syrian Arab Army (SAA) if there’s any fake news suspicion that it’s responsible for what might be about to happen, forebodingly suggesting that the exact same scenario as last year might horrifyingly be about to unfold in the near future.

The difference between then and now, however, is that the US and its allies already know that Russia was “bluffing” in 2013 when its Ministry of Defense implied that Moscow would militarily respond to any strikes against the SAA. First Deputy Chairman of the Federation Council’s Committee on International Affairs Vladimir Jabarov admitted immediately after Trump’s infamous cruise missile strike that “Russia has no intentions to use its Aerospace Forces against US missiles if Washington decides to carry out new strikes in Syria as it could lead to a large-scale war”, so the Pentagon actually has nothing to worry about in this regard.

The author analyzed at the time that this cruise missile strike also sent a message to Iran that the US is considering attacks against its elite Islamic Republican Guard Corps (IRGC) and allied Hezbollah anti-terrorist militia sometime in the future as well, and it now appears as though Washington is on the verge of “making good” on this suspected threat. That’s why Western Mainstream Media outlets hurriedly propagated the unverified claims that Iran has supposedly built a “missile base” outside of Damascus and that fellow “Axis of Evil” member North Korea is “providing materials for Syria chemical weapons”.

Putting two and two together, it’s not difficult to foresee that the weaponized infowar narrative is moving closer to alleging that Iran is about to station North Korean chemical weapons at its missile base outside of Damascus in advance of hitting any target inside of “Israel”. This is a totally manufactured storyline that disregards the reality that there are no longer any more chemical weapons in Syria, North Korea isn’t exporting this technology to Iran, and the Zionist entity destroyed approximately 50% of the Arab Republic’s air defense systems as retribution for the SAA’s downing of its jet last month.

It’s inconceivable that President Assad, knowing that his forces have barely any air cover on their own and can’t depend on Russia’s intervention in this regard (especially after Moscow’s large-scale military withdrawal late last year), would allow both an Iranian missile base and North Korean chemical weapons into his country, two “provocative” actions that would present Syria’s enemies with an “irresistible temptation” to assemble a multilateral coalition led by the US and “Israel” on the pretext that he’s “breaking international law” (the imaginary North Korean nuclear weapons) and “threatening the region” (the made-up Iranian missile base).

The logical conclusion is that the Syrian leader is being set up by the US and its allies for a fall that Russia cannot prevent without sparking World War III per Chairman Jabarov’s ominous explanation last year, though it’s important to realize that Washington isn’t doing any of this in order to advance regime change per se and for the “principled” sake of it, since it actually doesn’t care all that much whether President Assad remains in office or not.

The “decentralization” clauses included in the Russian-written “draft constitution” for Syria and President Putin’s “suggestion” that Damascus enact “compromises and concessions” in order to advance the “political solution” enshrined in UNSC Res. 2254 are essentially aimed at unofficially “formalizing” the de-facto “spheres of influence” that Moscow has passively allowed Turkey, the US, and even “Israel” to carve out in Syria (despite its denial of this reality) in its quest to become the Mideast’s supreme “balancing” force in the Multipolar World Order.

Syria has consistently resisted Russia’s “encouragement” to comply with these “suggestions” and openly defied Moscow by recently declaring that it rejects the outcome of the “Syrian National Dialogue Congress” to set up a UN-supervision “constitutional commission”, but nevertheless, Russia and its partners (both “friendly” ones such as “Israel” and “unfriendly” ones like the US) believe that Moscow will eventually succeed in getting Damascus to adhere to these “guidelines” in moving the “peace process” forward, which is why they’re indifferent to President Assad’s fate regardless of their public statements on the matter.

All that’s really important for them at this late stage of the war is that the Syrian government – regardless of whoever is leading it at the time – agrees to Russia’s “recommendations”, but also that its leadership sees to it that the IRGC and Hezbollah are removed from the Arab Republic following President Putin’s official recognition of “victory” over Daesh in December of last year. While they expect that President Assad might concede on the first point, they’re doubtful that he’ll budge on the second one.

Syria feels like it needs Iran more than ever nowadays in order to maintain its “strategic independence” in the face of what it seems to have interpreted as “unexpected/unforeseen” Russian “pressure” to accommodate Moscow’s “suggestions” on the UN-mandated “new constitution”, and it’s to this end why President Assad is unlikely to order his allies home anytime soon, not least because they seem to be dangling the carrot of allowing him to fulfil his promise to liberate “every inch” of the country that Russia has evidently denied him.

The US and its allies – particularly “Israel”, which has a tendency to lead the US and not vice-versa – consider it “unacceptable” for Iran to have any post-Daesh presence in Syria whatsoever, and despite having “moderated” their true position toward President Assad in private due to their expectations that he might “fold” on the “new constitution”, they’re nevertheless still plotting his overthrow or practical neutralization of political-military power through a “shock and awe” campaign because of his allied relationship to the Islamic Republic.

Russia’s stance is understandably that it prefers to avoid any conventional military escalation in Syria between the SAA and foreign forces, but it also lacks the “political will” to defend this position due to its “prudence” in wanting to avoid the World War III scenario that Chairman Jabarov hinted at, which means that Moscow will probably order its forces to once more stand down if its “Israeli” partner leads the US and their allies in striking the country on an anti-Iranian pretext (however fake it may be) like Tel Aviv has already done over 100 times since 2011.

If one wants to be “cynical” about it, the external weakening of the SAA and the precarious position that this would place President Assad in might even be enough to get him to reconsider his principled resistance to Russia’s constitutional “proposals” and his country’s post-Daesh military relationship to Iran, thus representing a “win-win” for Russia and its foreign partners, though the more likely reality is that the wide-scale destruction and chaos that any “shock and awe” scenario would produce could open up a Pandora’s Box of chaos contradictory to all of their “interests”.

Even so, the US and its allies would “ideally” prefer that President Assad cut his ties with Iran or at least “politely” order the removal of the IRGC and Hezbollah from Syria on a “face-saving” basis such as stating that they are no longer needed after President Putin’s “victory” declaration against Daesh a few months ago, but that’s very unlikely to happen for the strategic reasons described earlier in explaining the recent reasons behind the enhanced Syrian-Iranian partnership.

That’s why they’re plotting another false flag attack on the unbelievably ridiculous pair of pretenses that the SAA has acquired North Korean chemical weapons and also decided to allow the construction of an Iranian missile base right outside of Damascus, since it’s less about regime change per se and for the sake of it than doing whatever they can to remove Iran from Syria, seeing as how they’ve come to think that weakening or getting rid of President Assad is the key to making that happen.

It’s irrelevant that nobody seriously believes this narrative since its role was never to convince the powerless public of its veracity or pretend that Russia will ever play along with it, but to simply act as a cover for “justifying” a massive preplanned anti-Iranian military strike that Moscow has already signaled per the precedent that it set through its passive response to Trump’s cruise missile strike last year that it won’t do anything tangible to stop, meaning that the situation in Syria right now is actually much more dangerous than the falsely reassuring narrative generally put forth by Alt-Media. 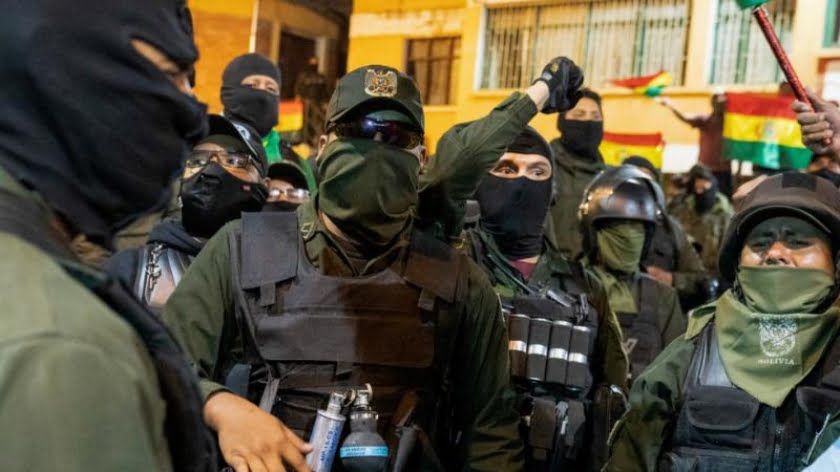 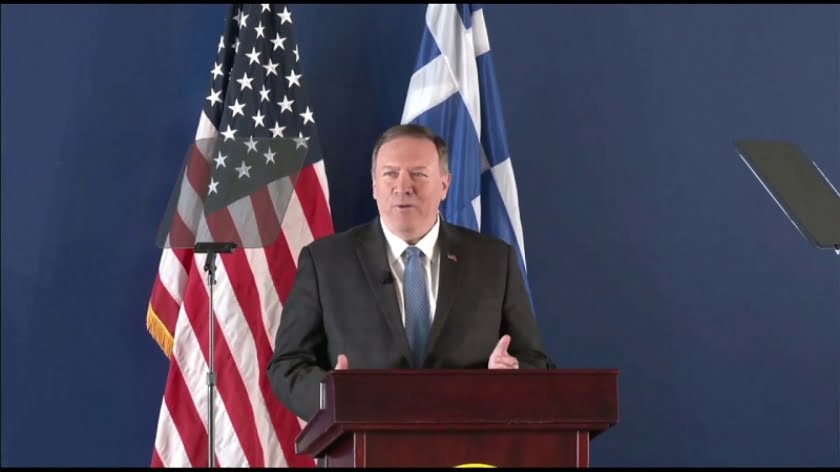 The main take away of the trilateral, two hour-long Russia-Iran-Turkey summit in Sochi on the future of Syria was expressed by Russian President Vladimir Putin: “The presidents of Iran and Turkey supported the initiative to convene an All-Syrian Congress for national dialogue in Syria. We agreed to hold this important event at the proper level…

The Syrian government has announced that it will retaliate should Israel continue to conduct airstrikes on Syrian territory. Any further airstrikes on Syrian territory will be met with deadly force and retaliation strikes deep within Israeli soil, they said. According to the message, delivered via Russian mediators, attacks on Syrian military objects will be met with Scud missiles launched at Israeli military (IDF)…