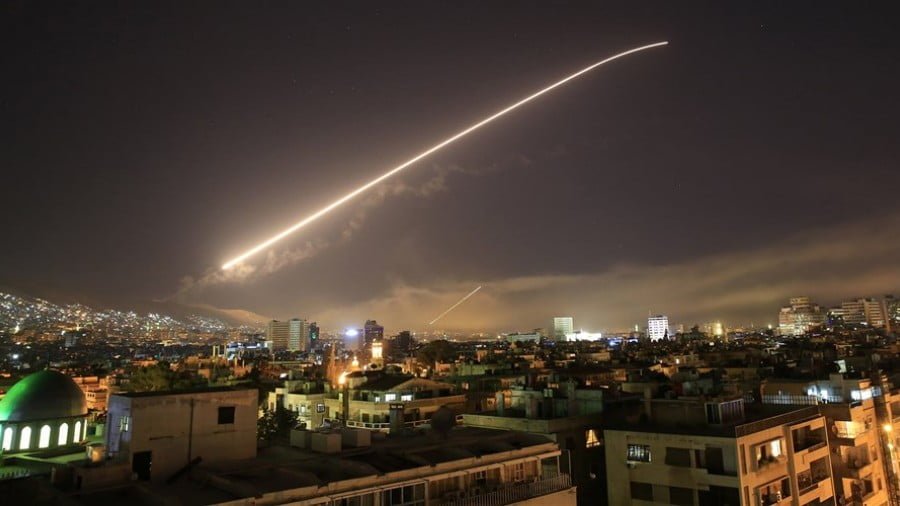 In the wake of last weekend’s US-British-French missile strikes on Syria, a campaign is growing in the American political and military/intelligence establishment for a wider war that would threaten a nuclear conflict with Russia.

On Tuesday, Democratic and Republican lawmakers attacked the Trump administration for the “limited” nature of the attack and demanded that the White House commit to a more extensive military operation to overthrow the Assad government and confront Iran and Russia.

After a private briefing to the Senate by Defence Secretary James Mattis and Joint Chiefs Chairman Gen. Joseph Dunford, Republican Senator Lindsey Graham told reporters that the administration had no strategy and appeared willing “to give Syria to Assad, Russia, and Iran.” He said, “I think Assad, after this strike, believes we’re all tweet and no action.”

Graham called for the establishment of a permanent no-fly zone over parts of Syria, which would inevitably require shooting down Russian jets, and the deployment of more US troops on the ground to partner with their Al Qaeda-linked and Kurdish proxy forces. He declared that Russia and Iran should not be allowed to continue “winning the battlefield uncontested.”

Democratic Senator Chris Coons criticized Trump’s recent threat to withdraw US troops, telling reporters, “It’s important for us to remain engaged in Syria.” He added, “If we completely withdraw, our leverage in any diplomatic resolution or reconstruction or any hope for a post-Assad Syria goes away.”

The recklessness of the American ruling elite was expressed in an op-ed column published yesterday in the New York Times by Susan Rice, who served as ambassador to the UN and then national security adviser under Obama.

In the column, Rice categorically opposes any withdrawal of American troops. She calls for the Trump administration to indefinitely maintain its occupation of roughly a third of Syrian territory along the country’s northern and eastern borders with Turkey and Iraq—a region that includes the country’s petroleum resources. This is in line with calls being made in the US media with increasing frequency and openness for a permanent carve-up of the country.

Rice writes that Washington and its allies must “help secure, rebuild and establish effective local governance in liberated areas.” These are code words for establishing neo-colonial control over the territory and using it as a base for operations against the Assad regime and Russian and Iranian forces.

Dispensing with the fraudulent chemical weapons pretext used to justify the US and allied bombing, Rice points to the aims of such an intervention: “This will allow the United States to thwart Iranian ambitions to control territory spanning Iraq, Syria and Lebanon; retain influence in major oil-producing areas, and deny Mr. Assad a substantial portion of Syrian territory, pending a diplomatic solution.”

This strategy is in basic agreement with an April 16 editorial by the Wall Street Journal that calls for Trump to establish “safe zones” in northern Syria, both in the US-occupied territory east of the Euphrates River and the border area with Jordan. This, the newspaper writes, “wouldn’t threaten Assad’s control over the rest of Syria,” but would “send a signal that the US isn’t abandoning the region to Iran and Russia.” The editorial calls for a “peace based on dividing the country into ethnic-based enclaves.”

What is being discussed is a permanent dismemberment and restructuring of Syria and the entire Middle East, in part to provide US imperialism with a forward staging base for its war preparations against Iran and Russia.

An April 15 commentary in the Journal by Ryan Crocker, the former US ambassador to Syria, and Michael O’Hanlon, a senior fellow at the Democratic Party-aligned Brookings Institution, advises that future air strikes “up the ante, going after military command and control, political leadership and perhaps even Mr. Assad himself… Targets within Iran should not be off limits, depending on the provocation.”

On Tuesday, the Times published a report based on statements by anonymous military and administration officials that Defence Secretary Mattis had urged Trump to seek congressional approval for the bombing, but was overruled by the president. The article states that “in several White House meetings last week, he [Mattis] underscored the importance of linking military operations to public support—a view Mr. Mattis has long held.”

In a recent editorial, the Times similarly stressed the need for Congress to pass legislation authorizing further military operations in Syria and elsewhere.

Mattis is also widely reported to have advised selecting Syrian targets in such a manner as to minimize the chance of Russian retaliation. What is behind these considerations, both military and political, is the need to prepare for an extended and bloody war that would likely involve large numbers of American troops and lead to military conflict with Russia and/or Iran. This will require a crackdown against anti-war opposition within the US, for which a legal fig leaf of congressional sanction is deemed necessary.

In her Times op-ed, Rice calls for the US to “keep avoiding direct conflict with Russia,” while not allowing “Russia and Iran free rein.” Washington must “push back firmly and smartly” against Russia, she writes, “whether with respect to chemical weapons or other outrages.”

In other words, the CIA must continue to manufacture an endless series of provocations and pretexts in order to justify Washington’s drive to remove Russia as an obstacle to the establishment of US hegemony in the Middle East and all of Eurasia.

One such pretext was provided by the release Monday of a joint US-UK government report charging Russia with vague acts of “cyber warfare” against the West. Though the document did not provide a single specific charge or piece of evidence against Russia, it has been widely amplified throughout the media in an effort to create an atmosphere of hysteria in the US and legitimize a confrontation with Moscow.

The US cable television networks on Wednesday began more prominently featuring reports of the death of Russian investigative journalist Maksim Borodin, whose investigations have included the Russian private military contractor Wagner. Borodin fell from a fifth-floor balcony in Yekaterinburg on Sunday. In typical fashion, prior to any investigation and without any evidence, the media is widely reporting Borordin’s death as the latest in a long line of assassinations supposedly ordered by Russian President Vladimir Putin.

The intensity of the anti-Russia campaign grows in proportion to the exposure of the official pretexts for the bombing of Syria as lies. Five days after the attack, no evidence has been provided to substantiate the claim that the Assad regime carried out a gas attack in the eastern Ghouta town of Douma, while evidence continues to mount that the incident was staged by the Western intelligence agencies to provide a pretext for intervention.

The intelligence agencies have been assisted by a corrupt and servile media. A study released yesterday by Fairness in Accuracy and Reporting, a media watchdog, reveals that of the top 100 US newspapers by circulation, not a single editorial board opposed the bombing of Syria.

The Western media’s role as a disseminator of government lies was demonstrated in an interview by Britain’s Sky News with former British Major-General Jonathan Shaw on April 13 in the lead-up to the bombing. When Shaw veered off script and questioned what possible motive the Assad government could have in carrying out a chemical weapons attack, given that its forces were about to overrun the US-backed “rebels” in Douma and a gas attack would likely trigger Western intervention, Sky host Samantha Washington abruptly cut him off mid-sentence and shut down the interview.

Hurricane Irma may find US immigration difficult as 59,000 people claim they’ll point their fans in its direction in an effort to deny it entry. A Facebook event has gone viral in the hope of preventing the category 4 storm from reaching Florida. https://www.instagram.com/p/BYwIYCJFZuk/ “Everyone takes their fans outside and points them at Hurricane Irma… 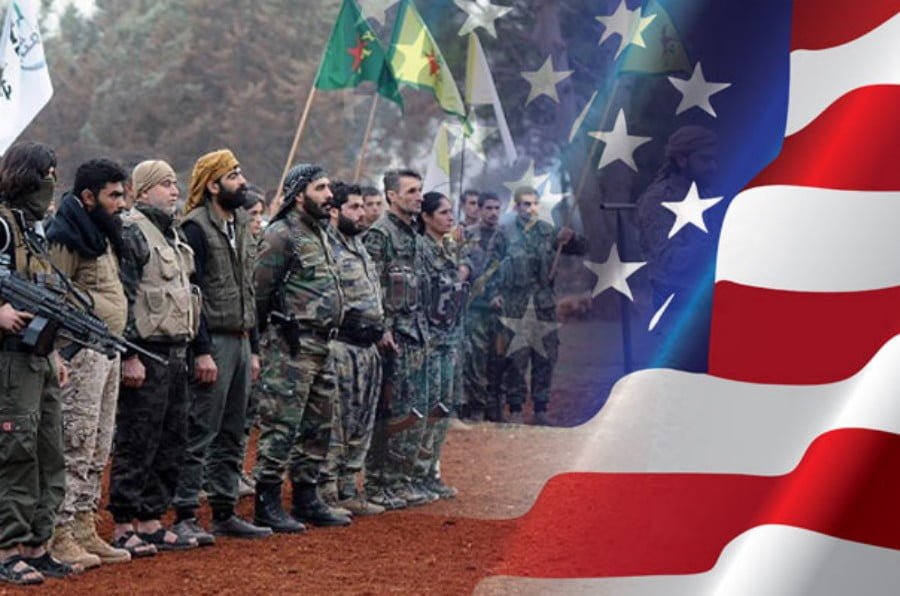 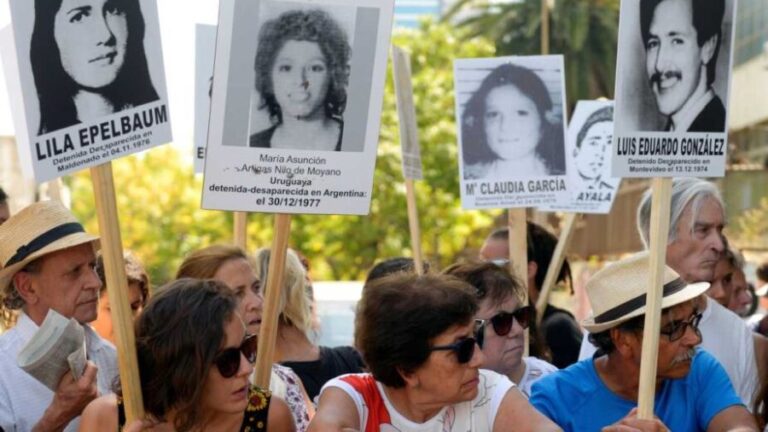 Requesting clemency on humanitarian grounds when Uruguayans are still searching for answers is a political imbalance that needs to be addressed, Ramona Wadi writes. The U.S.-backed Latin American dictatorships are still tarnishing their respective countries with the legacy of oblivion. Earlier this month, Uruguay’s “Relatives of the Disappeared” cautioned that President Luis Lacalle is “whitening… 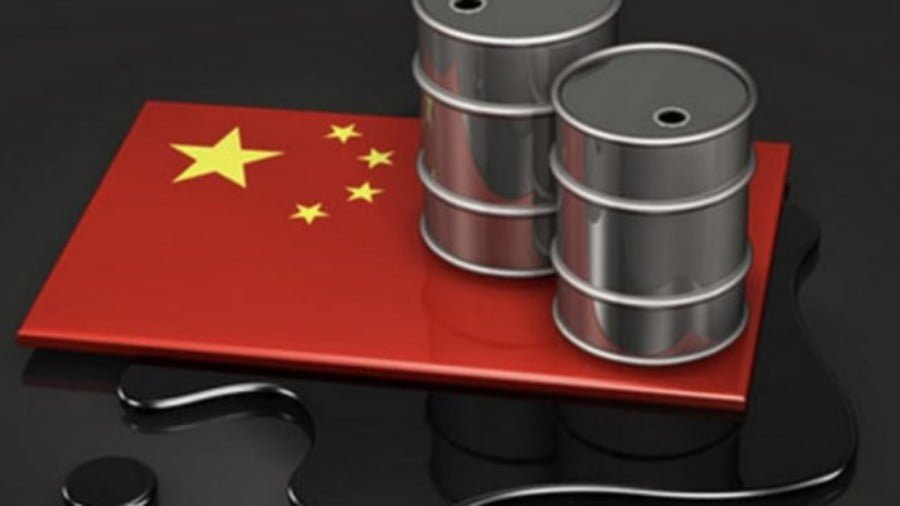 One quote that always crosses my mind regarding the decline of the U.S. dollar and the state of geopolitics associated with it, is by Gerald Celente, founder of the Trends Research Institute who said that “When all else fails, they take you to war.”  As the U.S. dollar continues to lose its status as the world’s premiere reserve…

Introduction The following document pertaining to the formation of “Greater Israel” constitutes the cornerstone of powerful Zionist factions within the current Netanyahu government, the Likud party, as well as within the Israeli military and intelligence establishment. (article first published by Global Research on April 29, 2013). President Donald Trump has confirmed in no uncertain terms, his support of…