Construction noise is relentless. OSHA has added to it with beep-beeping machines. The noise, all penetrating, is very stressful. Many years ago on a large construction site a heavy equipment operator backed over a workman who, like the operator, was not paying attention. OSHA (Occupational and Safety Health Administration) mandated beep-beeps on all construction and earth moving equipment, and on all large trucks. Even some pickup trucks go beep-beep.

Noise from these trucks and equipment is pervasive. It would be interesting to know what the score is between the people killed by the stress of the noise vs. those not backed over by construction equipment and garbage trucks. One would think that today the beep-beep could be dispensed with and the problem of inattention handled by cameras. But don’t expect any logic or intelligence from OSHA. Little doubt but that the beep-beep manufacturers are a well-entrenched lobby in Washington.

In Japan there are noise ordinances that prevent real estate developers from dumping noise from their activities onto the lives of residents. This is the reason that Japanese homes are prefabricated and assembled, not constructed, on site. The ability of a profit-seeker to reduce the quality of life of others is limited by regulation. But in the barbaric US, nothing counts but profits.

In the US prefabs might not be appropriate in all circumstances, but 72 hours per week after week of construction noise inflicted on a neighborhood is certainly not appropriate. Yet, all rights belong to the outside developer, and none to residents, who can be surrounded on all four sides for years at a time with 72 hours a week of construction noise.

There has been excessive construction noise in south Walton for about 20 years ever since real estate speculators decided to destroy the communities along 30-A, the county road that fronts the Gulf of Mexico in the Florida panhandle. This was paper company land, and the paper company held on to it. Consequently, there was little development and miles of open beach with nothing but sand dunes and sea turtle nests. Birds galore. A person could walk the beach for miles and not see anyone.

The paper company threw in the towel. It was either the environmental harassment over the stench of the paper mill at Port St. Joe or it was Wall Street prodding the company with the threat of financing a takeover to capitalize on the development of its real estate assets, which are considerable.

Development occurred with a vengeance. New high-end communities were planned and created. But rental units, not communities, resulted. The three old communities that did exist, Inlet Beach, Seagrove, and Grayton Beach, fell under real estate attack.

An outside real estate speculator buys an Old Florida house that exudes character, knocks it down, and puts up a McMansion that sleeps 20-30 people. The communities are “protected” by codes that mandate single family residences. But fraud is permitted. The speculator says he is building a single family house, but he really is building a commercial rental that brings in $20,000 a week, a lot of money but a low per person cost when split among 20 to 30 occupants. In other words, it is a party house for commercial rentals, not the single family home it is misrepresented to be.

A community “protected” by single-family zoning becomes a commercial area with no residents. Inlet Beach actually has a warehouse misrepresented by the builder as a single family dwelling. When the community protested this violation of the zoning, the county solved the problem by having the builder put a window into the windowless building. Apparently this re-classified the metal-sided warehouse as a single-family dwelling, although it is reportedly full of construction equipment.

The county government is happy with the code violations. The rentals, misrepresented as single family dwellings, bring in a large bed tax that pays for “tourist development” and perks for county employees. It also eliminates voters, making it easy for the interior parts of the county to shift the tax burden to the coastal commercial rentals.

Long term residents and vacation home owners are driven out not only by construction and party house noise, but also by the loss of their Gulf views and the transformation of the beach from a wild one to a Coney Island Beach advertised internationally.

In a civilized country, such as Japan, the view enjoyed by an owner is part of his property rights, but not in barbaric America. A Gulf view is something that can be appropriated by an outside real estate speculator who puts up a four-story McMansion in front of a resident’s property. By blocking the view, the outside real estate speculator can transfer value that was in the resident’s property to his speculation.

Moreover, the activities of outside real estate speculators overdevelop the area and create congestion, which uses up residents time in travel and makes an evening out a traffic ordeal. Nothing is the same. Beach communities give up and die. They are replaced with commercial enterprises.

According to economic theory, which is essentially a cover for looting and theft, free markets bring resources to their most highly valued use. This is not science. It is an ideology. It only works if there are no external costs or, if there are, the costs are compensated to those on whom they are imposed.

Not only have many existing properties lost their Gulf views and been devalued, not only have people lost time from their lives in traffic congestion, not only have people’s enjoyment of their properties been reduced by endless construction and party house noise, not only have people’s finances been impacted by massive increases in property taxes and wind insurance, reflecting the high values of the McMansion $20,000 weekly rentals and high density, not only are people impacted by the cost of sewage fees replacing their septic tanks and by the tax burden they must shoulder for widening the two-lane highways into four lanes in order to provide some semblance of hurricane evavuation for the overdeveloped areas of south Walton county, they are also impacted by experiencing the loss of their community. It is similar to losing one’s village or town to a wartime bombing attack. What you knew and was part of your life is gone.

Highway widening goes through the middle of many communities, essentially destroying them. A family that lived far back from the road now has traffic passing through the front yard.

All of these costs, and there are more, are imposed on existing peoples and communities by outside real estate speculators. The speculators do not, and never will, live in the communities that they destroy. They are only concerned with their profits, and these profits originate in the ability of the speculators to impose the costs of their projects on every one else.

Can you imagine the Chairman of the Federal Reserve Board, the Secretary of the US Treasury, the Chairman of the Securities and Exchange Commision all testifying before Congress that markets are self-regulating? Their testimony was just prior to the collapse of unregulated financial markets requiring trillions of newly printed dollars by the Federal Reserve to “save the system.” In their testimony ignorance spawned by ideology spoke through the mouths of these high public officers.

Capitalism is a system whose costs in many instances exceed its benefits. It is often the case that capitalist profits owe their existence to the ability of capitalism to impose its costs on others. If the full costs of development in south Walton county had to be borne by the developers, much of the development would not take place.

Karl Marx said that capitalism exists by exploiting labor, by paying labor less than labor’s contribution to the value of output. This is true today in the globalist corporation’s use of cheaper foreign labor to produce the goods and services sold to the domestic US market. However, another source of capitalist profits is the imposition of capitalism’s costs on the environment and on third parties who do not partake of the profits.

Capitalism is always profitable when its costs are paid by others.

What happens to Capitalism when there is nothing left to loot and nothing left to pollute? Being an exploitative system, capitalism is not sustainable. Unfortunately, greed drives the system to the limits of its logic. The system fails when the ruination it brings is complete.

Most real estate development has external costs, but depending on the character of the development, the costs vary in intensity. As Martin Anderson showed in his classic book, The Federal Bulldozer, urban renewal in inner cities displaced many low income ethnicities and replaced them with high income recipients. The external costs were the fate of the displaced ethnicities. When the rich purchased their high-dollar residences, the price did not include the costs to the people who lost their community.

As population grows, mainly from mindlessly accepting immigrants difficult to assimilate, new homes are needed and will be built. But real estate development should be carefully regulated to ensure that its costs do not exceed its benefits.

In this article I have used real estate speculation to illustrate the nature of external costs. However, external costs are not limited to real estate. They are general and result from every economic activity. The point is not that the villain is real estate speculators. The point is that in America property rights are so poorly and often so one-sidedly defined, that the costs of capitalism can be imposed on those who are excluded from the profits. Without common sense regulation, the external costs can exceed the value of the projects that impose the costs.

Who is the bad guy in all of this? Is it the real estate developer or is it the failure of economists and legislators to take external costs seriously? It is the latter. Generally, external costs are explained away or disposed of theoretically on the grounds that they can be compensated. The US judicial system was poisoned by rightwing foundations underwriting law and economics courses taught to judges that, in effect, leave all rights in the hands of the capitalists.

It is the fault of law, not the developer, that he can come into your neighborhood or community, disrupt your life and activities with noise for long periods of time, block your view, create congestion, and cause your property taxes to rise even though your house has been devalued by the developer’s expropriation of your view. Americans are so brainwashed that they describe this as progress.

Without common sense regulation and an understanding that Earth’s resources are finite, capitalism is a mechanism for destruction. 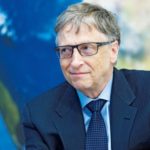 The Fall of the Western Model

Why Capitalism is in Constant Conflict With Democracy