The 52 Major Jewish American Organizations and Israel Celebrate Passover with the Slaughter of 25 Muslim, Christian and Secular Palestinians

As of April 7, nearly three thousand unarmed Christian, Muslim and secular Palestinians have been wounded, over three dozen are in critical condition and at least twenty-five unarmed protestors, including children have been assassinated by hundreds of Israeli snipers and heavily armed troops shooting tank shells into crowds of civilians protesting their decades of incarceration by the racist Israeli state.

The Israeli government praised the ‘restraint and morality’ of the IDF, as did the fifty-two Major Jewish American Organizations (MJAO) who largely control the US Congress. These grotesque massacres began during the Christian Holy Week on Good Friday and Easter, coinciding with the Jewish Passover. The self-righteous officials of the MJAO and their relatives and friends broke matzos at joyful Seders as the blood of Palestinians soaked into ground at the fence containing the largest open-air prison camp in history, Gaza.

While tribal loyalties bonded the Israeli and Jewish American leaders, the politicians of the Western oligarchic electoral regimes refrained from criticizing the shocking display of brute force and even defended Israel’s cold blood mass killings of Palestinian civilians in their Gaza prison.

This paper will discuss and analyze the reasons for Israel’s willing Western accomplices and the centrality of its fifth column in the United States.

Because of the US veto power, the United Nations Security Council refused to condemn or even discuss Israel’s wanton slaughter in Gaza. The Secretary General of the UN meekly mentioned ‘violence’ and the need for an ‘investigation’ into the killings. The United States Ambassador to the UN, Nikki Haley, prevented any investigation into the ongoing Israeli war crimes. She characterized Israel’s mass murder of unarmed Palestinians as ‘defensive action against terrorists’.

Both major US political parties defended Israel’s crimes against humanity and threatened critics, labeling them as ‘hypocrites’, while deflecting attention away from the state slaughter of Palestinian civilians, pointing to the behavior of the Arab countries.

With the notable exception of Bernie Sanders, both legislative houses and the executive branch expressed unconditional support for Israel’s ongoing slaughter.

The mass media, including all the major television, newspaper and radio outlets echoed the vituperative speeches of Israel’s Ziofascist leaders.

All the major political lobbies in Washington followed the leading arm of the US-Israel lobby, the ‘52 MJAO’.

The key question is what explains the power of Israel to continuously commit crimes against humanity with impunity?

Clearly Israel, by itself, lacks the economic, political and media power to influence international organizations. Nor does Israel exercise sufficient ‘soft power’ or cultural influence to neutralize the tens of millions of critics around the world with any persuasive arguments . . . except in the United States.

Where does the power that protects Israel from any consequences for its brutal crimes reside?

The key to Israel’s impunity lies in a chain of command beginning with the local grass roots of hundreds of fanatical, unconditional Zionist-Israel First organizations in the US.

Every major and minor US city has local Zionist-councils who use their influence to intimidate local professional, business, political and media groups into ensuring that critics are censored and Israel’s war crimes are covered up. The tactics range from ‘friendly’ influence within local civic organizations to outright threats, bullying and slander.

Local Zionist organizations are linked to state-wide and national political and economic confederations that influence the nomination and financing of all candidates, the elected officials and the composition of editorial boards of the major media outlets.

Equally important, Zionist activists pressure and recruit leaders of civil society groups through guided propaganda tours to Israel. They enforce obedience and submission to Zionist objectives by blacklisting critics, contacting their places of employment and demanding they be fired. They employ even more repressive tactics against perceived threats to Israel’s interests, including threatening phone calls and unwelcome ‘visits’. At the commanding heights of the Zionist pyramid, hundreds of billionaires and millionaires finance and influence the corporate mass media, the political parties and conservative and liberal religious and educational institutions and demand adherence to Israel’s agenda.

The Zionist power configuration (ZPC) parlays its influence far beyond its dues-paying members, who, in reality, comprises only a very tiny fraction of the US population.

Wider networks extend and magnify the Zionist presence, multiplying power centers up to the highest levels of public policy making. The ideological influence of the Israel Fifth Column is concentrated on a single issue: Defending Israel and its crimes against humanity. They succeed because of their enormous impact on the US role in world politics, including Washington’s trade and military policy in strategic regions, especially in the Middle East.

The members of Israel’s Fifth Column may be liberal or conservative on a broad spectrum of domestic socio-cultural issues, (gay rights, immigration reform, racial and cultural identity, feminism, the environment, etc . . . ) while, at the same time, they provide unconditional support for Israel’s oppression, imprisonment, expulsion and massacre of tens of thousands of Palestinians.

In fact, the Fifth Column’s primary commitment to Israel has guaranteed that the US would wage a sequence of catastrophic wars against Israel’s regional rivals and targeted adversaries – Iraq, Libya and Syria – even at enormous cost in US lives and wasting multi-trillion dollars of US taxpayers funds. This Zionist-promoted drain on the US treasury to finance disastrous wars has completely undermined any policies to address the domestic needs of US working people (which the progressive Zionists have loudly claimed to support!) The consequences have been tragic to the people of the Middle East and to the increasingly impoverished and desperate American working poor and minorities.

Israel’s power to freely murder unarmed civilians in Gaza is derived from the Fifth Column’s influence in the US. Without it Israel would have no power to block the UN from imposing sanctions, or the International Court of Justice from convening a tribunal for war crimes. Israel would not have nuclear weapons or advanced missiles to threaten its neighbors and destabilize the hundreds of millions of civilians who live in the greater Middle East, were it not for the its US-based Zionist power configuration. The nation of Israel would be ‘confined’ within internationally agreed borders and it would be forced to reverse its policy of ethnic cleansing. Israel would have to become a diverse – society based on laws, instead of a lawless, apartheid ethno-fascist police state dedicated to oppressing half of the people within its declared and occupied territories.

The key to Israel’s power is found in its leaders’ command structure, which dictates policy to its tribal diaspora. Their overseas accomplices command the regional, state and local organizations to relay “the message” and apply various means to enforce it. Dissent by Jews and non-Jews are swiftly and viciously punished, adherence to Zionist dictates is rewarded.

Opponents are ostracized, blacklisted and slandered – without recourse.

Ideological conformity or submission to the Zionist agenda ensures employment, promotions and political and judicial appointments. No Jewish critics of Zionism, no matter how prestigious, have ever received senior political or economic appointments. Even academic careers are systematically derailed. This is well understood by everyone in the US, especially by upwardly mobile ‘silenced critics’.

The so-called ‘uniformity’ of the Zionist-Jewish community is maintained by the stick and carrot. The leading stockbrokers, bankers, casino and media moguls know they can hold liberal or conservative opinions on US domestic issues but must support or remain silent on Israel’s war crimes or else . . . suffer reprisals.

Even critics are careful to temper their dissent by blaming ‘both sides’: They equate the 25 murdered civilians in Gaza with the IDF snipers who complain of fatigue from repeatedly pulling the trigger.

Defending Palestinian rights and finally stopping the massacre(s) in Gaza requires taking on the Israel-Zionist chain of command in the United States. First and foremost, it requires opposing Israel’s corrupt and spineless apologists in the US Congress, who have consistently supported the policies of Israel, taken Israeli-Zionist money, submitted to Zionist blackmail and sent thousands of American troops to their deaths to support Israel’s interests in the Middle East. It requires taking on the local Zionist boosters, including the thugs and blackmailers, as well as the local ‘respectable’ elite.

Not a single US Congressperson raised a critical voice against the grotesque brutality of Lieberman fearing the Fifty-Two Presidents of the Major Jewish American Organizations. The 52 respectable presidents endorsed the wounding of nearly three thousand unarmed Palestinian civilian protesters, who never even crossed from their horrific mass prison into the Zionist state of Israel.

To support a meaningful protest one must shame and name the Zionist 5th column close at hand, because they are politically responsible for making sure that US political leaders submit to Israel’s agenda and guarantee total impunity and indeed praise for all the brutal ‘Liebermans’.

Zionist tribal organizations and leaders, their networks and organizers who ‘commend’ the IDF killers need to be named, exposed and confronted.

The US enablers, who protect, promote and defend Israeli war criminals are Zionist psychologists, lawyers, journalists and experts who can talk at great lengths about ‘Jewish ethics’ but who have never shown a shred of decent human compassion and solidarity for the victims in Gaza.

The issue of Zionist crimes resonates across the social spectrum.

Prominent progressive working-class leaders, like Jeremy Corbyn, the head of the British Labor Party, are routinely slandered as anti-Semites for speaking publicly about Israel’s oppression of Palestinians. Leading Zionist spokespeople have launched a vindictive media campaign to destroy Corbyn and prevent a courageous politician from leading tens of millions of British workers in their struggle for social justice.

In the United States, Zionists organize to slander any and all popular leaders engaged in the struggle for social justice, labor and minority rights if they dare to speak against Israel’s injustice against their counterparts – workers and oppressed minorities in Palestine.

The struggle for Palestinian self-determination has a profound significance for the United States as its youth and minorities confront increasing desperation and injustice in their communities. American youth and minorities see their own struggles for justice against an increasingly oligarchic police state mirrored in the protests of Palestinian youth. Their defense of free speech (including the freedom to criticize and confront Israel’s war crimes), freedom of assembly (including the freedom to organize boycotts of Israeli products) and self-determination, mean that American working class youth must confront the oligarchy run by and for the plutocrats at home and in Israel.

Is Trump Using the JCPOA to Break the UN Before it Breaks Him?

Pompeo Threatens to Light the Fuse in Persian Gulf

The United States and China in Oceania: the Showdown Is Heating Up

In Refusing to Extend New START, the US Puts the World on the Path of Collective Suicide 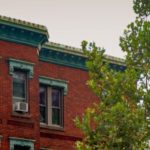