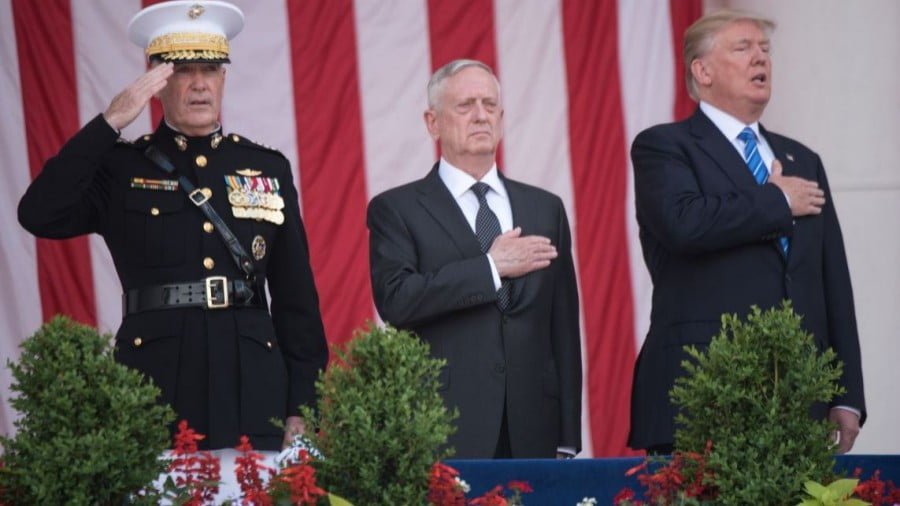 There is a vast industry in the United States that wants a hot war with Syria and Iran as well as increased confrontation with Russia and China. It is appropriate to refer to it as an industry because it has many components and is largely driven by money, much of which itself comes from Wall Street and major corporations that profit from war related business. Some prefer to refer to this monster as the Military Industrial Complex, but since that phrase was coined by President Dwight D. Eisenhower in 1961, it has grown enormously, developing a political dimension that includes a majority of congressmen who are addicted to receiving a tithe from the profits from the war economy to finance their own campaigns, permitting them to stay in office indefinitely and retire comfortably to a lobbying position or corporate directorship.

The defense industry also has spawned hundreds of so-called think-tanks whose sole business is promoting war. Some, like the neoconservative Institute for the Study of War, have a clear agenda, but the most powerful rely on euphemisms to conceal what they are doing. They include the American Enterprise Institute and the Foundation for Defense of Democracies, both of which promote a hard-line foreign policy directed against Iran and Russia, to include intensified confrontation with both in Syria.

The national media, which also benefits from the same food chain, is also complicit in the process, knowing that the public can easily be deceived by pronouncements coming from alleged experts in Washington. Leading politicians like Senators Lindsay Graham and John McCain lead the pack but there is no shortage of lesser known congressmen to also raise the cry about foreign threats to national security. Regarding developments in Syria, Graham advised last weekend that Trump must attack and destroy the Syrian Air Force or “look weak” while McCain said White House talk of pulling troops out of the country had “emboldened” al-Assad.

Unenlightened self-interest prevails in the White House over the formulation of policy, with the public interest completely lost from sight as high officials jockey in support of the agendas being promoted by those with money and access to those in power. There is no other explanation for the astonishing performance last weekend, which pushed the United States closer to a new war in spite of Trump’s earlier expressed claims that he wants to exit from Syria, a comment that he quickly backed away from under pressure from the Israelis and Congress.

But now we have a dubious narrative of a horrible new chemical weapon attack in Syria and the Israelis, who have spent the past two weeks shooting two thousand unarmed demonstrators, have attacked a Syrian airbase, killing 14, pretending that they care about civilian casualties when all they really want to do is jumpstart a seven-year war which has been winding down.

Anyone could see there was something not quite right about this latest “chemical attack,” supposedly implemented by Bashar al-Assad just as his troops are about to finish off the last rebels near Damascus. But Donald Trump apparently could not appreciate that the Syrian government had no motive to use chemical weapons, while the rebels, who control the space where the attack supposedly took place, have every reason to motivate an international coalition to attack the Syrian Army.

At 8 a.m. on Sunday morning the President of the United States sent out this tweet:

Many dead, including women and children, in mindless CHEMICAL attack in Syria. Area of atrocity is in lockdown and encircled by Syrian Army, making it completely inaccessible to outside world. President Putin, Russia and Iran are responsible for backing Animal Assad. Big price to pay…

Donald Trump could not have possibly known who staged the gas attack so soon after it occurred, but he felt compelled to tweet something anyway. And it was not as if other observers hadn’t suspected that a big lie was coming. Days before the staged attack, the Russian Defense Ministry warned that a false flag incident was being prepared.

One hour later, the Sunday morning talk shows in the US were full of reports about the Syrian regime’s use of chemical weapons. No one contradicted that narrative and the news was soon headlined in the late editions of the Sunday newspapers. “Fake news” had won out again, in spite of a complete lack or evidence or credibility. This is completely crazy. There is something very wrong with what is going on currently in the United States.

With numerous distractions unfolding on the newly released reality TV show that is “Keeping Up with the Trump Administration,” it may surprise readers to learn that the U.S. is using the terror group ISIS as a pawn in its depraved foreign policy. Video footage obtained by Al-Masdar appears to show convoys of ISIS fighters fleeing… 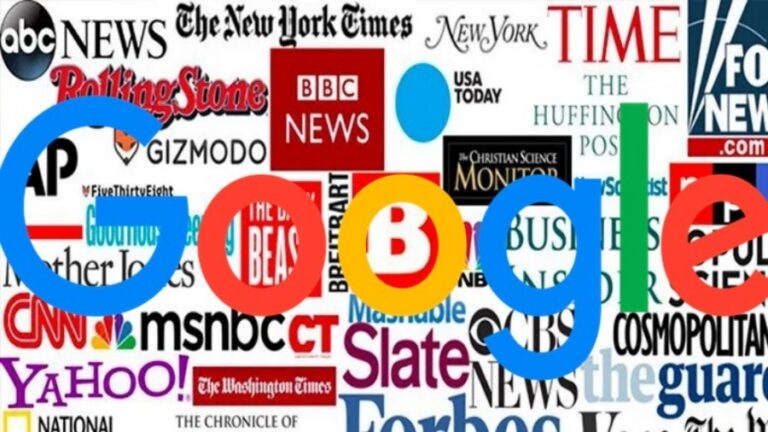 Listen to this article: The emergence of the internet was met with hope and enthusiasm by people who understood that the plutocrat-controlled mainstream media were manipulating public opinion to manufacture consent for the status quo. The democratization of information-sharing was going to give rise to a public consciousness that is emancipated from the domination of… 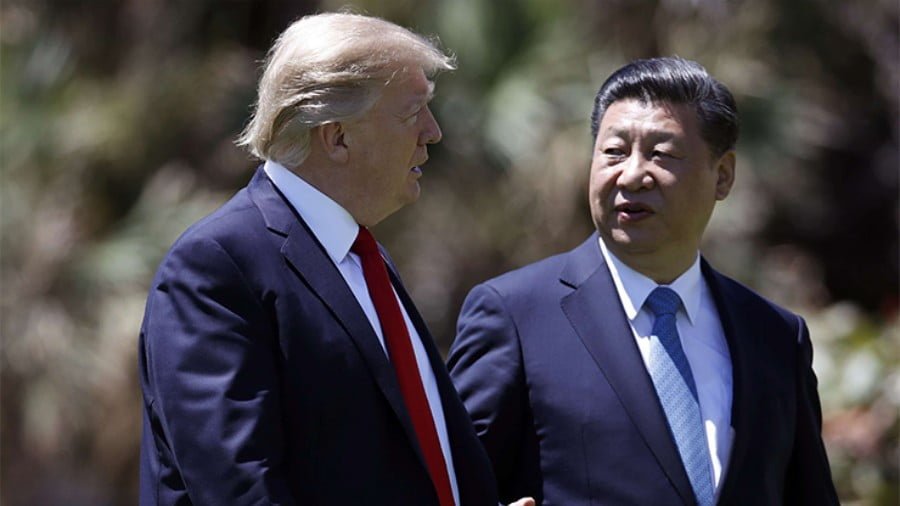 You can’t make this stuff up: When the president of the most powerful nation in the world, nuclear armed to the teeth, announces that he will save the world from obliteration by partnering with the heads of the two nuclear countries that America sees as enemies, the media rakes him over the coals. The same… 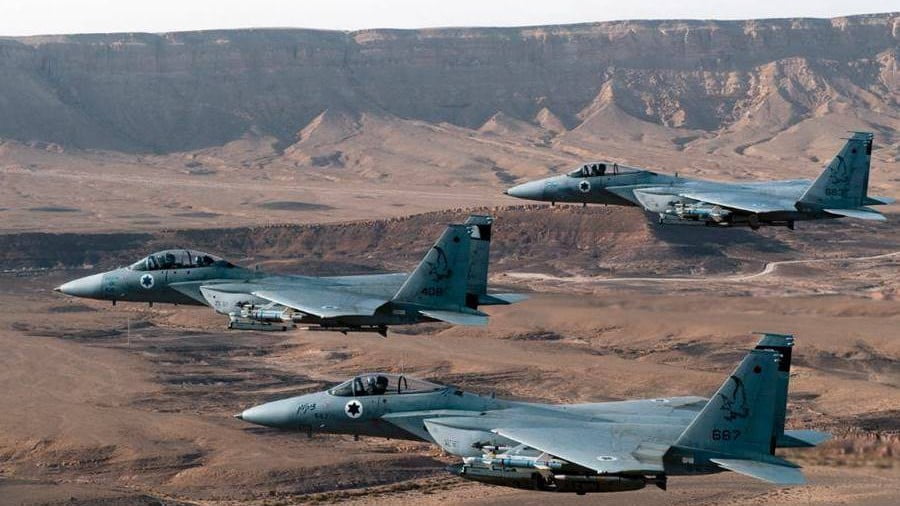 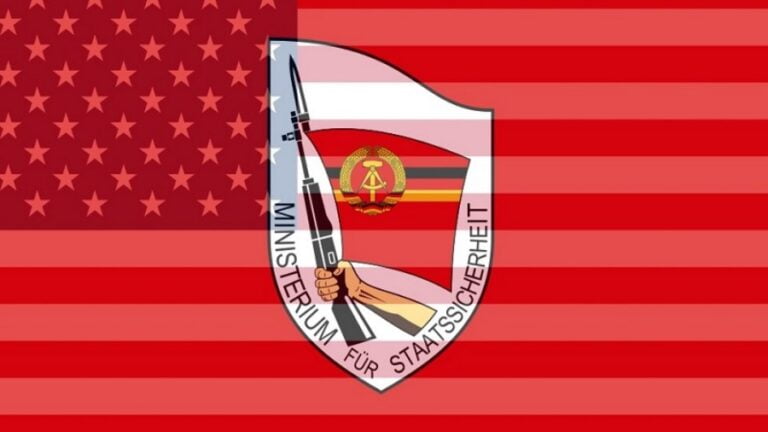