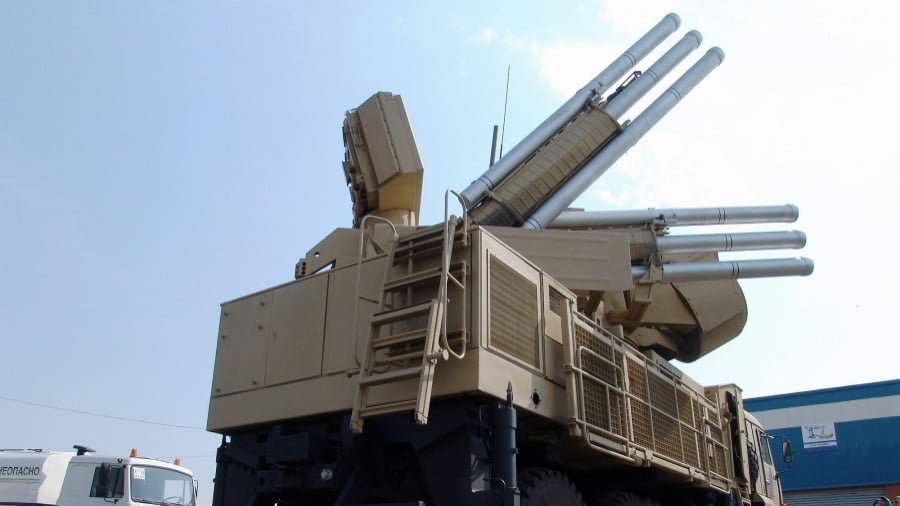 Eric Zuesse has done an expert job untangling the web of lies and obfuscation surrounding the recent Israeli missile strike on Syria, and the various counter strikes.

To my mind Zuesse has shown clearly that the Israeli claim to have retaliated against an Iranian missile strike on Israel is most unlikely to be true.

What then is happening?

Firstly, it should be said clearly that the recent Israeli strike on Syria was many orders of magnitude bigger than other Israeli strikes on Syria which we have reported recently.

The most detailed account of the strike has been provided by Russia’s Defence Ministry, which makes clear its scale.

Participating in the air raid were 28 Israeli planes F-15 and F-16, which fired more than 60 air-to-surface missiles on different parts of Syria. Also Israel launched more than ten tactical surface-to-surface missiles. The attacks were against the deployment sites of Iranian armed groups and also Syrian air defenses in the area of Damascus and in southern Syria

This seems to me to be as good a point as any to highlight one very important fact which the recent US led missile strike on Syria and which this latest Israeli strike have highlighted.

Within hours of the strikes and before the US and Israel had provided details the Russians released what gives every appearance of being highly accurate information about the strikes, detailing the number of missiles launched, the number and types of aircraft used, and the other military assets which participated.

By way of example, in the case of the US led missile on Syria the Russians reported almost immediately that 103 missiles had been launched by the US led coalition against Syria.

The actual number turned out to be 105: a figure so similar to the one the Russians claimed as to make no practical difference (the discrepancy may be accounted for by the fact that two missiles malfunctioned).

The US has denied that it shared information with the Russians about the strike before it took place.

That confirms that the information the Russians gave about the strike was obtained by their own intelligence.

It is highly likely that the same is true about the information the Russians are giving about the latest Israeli strike.

The accuracy of the details the Russians provided about the US led strike confirms that the Russians have what amounts to complete knowledge in real time of what is happening in the skies and on the seas in and around Syria.

That is an extremely impressive achievement, and also a very important fact. It confirms the technological potency of the air defence system the Russians have brought with them to Syria, and the effectiveness of the radar systems and other electronic surveillance devices it uses.

The fact that the Russians have such total knowledge of what is happening in the air and on the seas in and around Syria is a good reason for taking their claims about the number of missiles they say the Syrians have shot down seriously.

In the case of the US led missile strike the Russians initially claimed that the total number of missiles the Syrian air defence shot down was 71. Following an on-site investigation Russian investigation that number was reduced to a still very impressive 66.

In the case of the latest Israeli strike the Russians say the Syrian air defence shot down “more than half the Israeli missiles”.

Since the Russians say 70 missiles were launched, that would mean that the Syrian air defence shot down over 35.

In both cases the US and Israel of course deny the Russian claims – the US claims all its missiles hit their targets – but have failed so far to provide a detailed refutation.

Given the completeness of Russian knowledge about what is happening in the skies and on the seas in and around Syria, it is all but inconceivable that the Russian are simply mistaken about their claims about the numbers of missiles shot down.

That means that either the Russians are lying about the number of missiles they say the Syrians have shot down or they are telling the truth.

In the case of the US led missile strike one recent US action which has passed by almost completely unnoticed suggests that the Russian may be telling the truth.

On 9th May 2018, whilst Russia was celebrating Victory Day, the US announced a further range of sanctions against Russian companies and individuals involved in producing systems for Russia’s air defence complex.

It is surely not a coincidence that these are the two Russian military units which have recently provided training to Syria’s air defence forces.

It is also surely not a coincidence that the reason given for sanctioning one of the Russian companies named in the sanctions appears to be that it is involved in the supply of advanced Pantsir-S1 systems to Syria.

Washington has imposed additional sanctions against Russia, allegedly for violating the Iran, North Korea, and Syria Nonproliferation Act, which has no connection to Russia. In effect, this US decision has been precipitated by a trivial desire to get even with Russia over the failed missile attack on Syria, which the United States, Britain and France launched on April 14 in violation of international law.

Evidence of this is the inclusion in the sanctions list of the Gatchina Surface-to-Air Missile Training Centre at the Mozhaisky Military Aerospace Academy and the 183rd Guards Air Defence Missile Regiment of the Armed Forces of the Russian Federation. In all likelihood, they are being punished for providing good training and instructions to the Syrian air defence forces, which shot down the majority of the missiles launched by the Western aggressors.

It is notable that the sanctions list also includes the Main Intelligence Directorate (GRU) of the Russian General Staff and Rosoboronexport (ROE). It appears that our American colleagues have forgotten that they imposed sanctions against these parties before and are seeking to intimidate us with the same threats that have failed.

Washington continues to nurture the illusion that economic or military pressure can prevent Russia from upholding its own interests and supporting its partners. A desire to maintain its unilateral global domination despite the costs involved is prompting the United States to take irrational and openly dangerous steps. We would like to tell US politicians that trying to “punish” everyone who pursues an independent policy is not a good idea. The latest sanctions essentially amount to recognition of the combat capabilities of the Soviet and Russian weapons used by the Syrian air defence crews on April 14, when they shot down the bulk of the incoming missiles.

In my opinion it is the growing potency of the Syrian air defence system, and its increasing success in shooting down Israeli aircraft, and US and Israeli missiles, which is almost certainly the true reason for the latest Israeli strike.

The revelation of the growing potency of the Syrian air defence system, and its recent successes against both the US and Israel, appears to be sending shockwaves throughout the US and Israeli defence establishments, which have become accustomed to taking their hitherto unchallenged air superiority in the Middle East for granted.

The result is a petulant decision to impose sanctions on those Russians the US thinks are responsible this change in the situation, and a series of ever bigger Israeli strikes on Syria intended to reverse this and to restore at least the impression of Israeli aerial primacy over Syria, which had existed before.

It seems that the latest strike – involving no fewer than 28 aircraft and launched against a far larger range of targets than the earlier US led strike – was principally intended to defeat the Syrian air defence system.

It is notable that the video from the strike which the Israelis have published, and which they have ensured has been given the most international publicity, is one which shows a successful missile strike on a Russian supplied Syrian Pantsir-S1.

It is this small but potent point defence system which appears to be shooting down a disproportionate number of US and Israeli missiles, and which is threatening to nullify the effectiveness of these missiles in Syrian air space. Not surprisingly, its presence in Syria appears to be causing the US and Israeli defence establishments the most concern. Release of the video appears to be intended to provide reassurance – not least to the personnel of the US and Israeli militaries – that like all weapons systems the Pantsir-S1 is not invincible and can be beaten.

As for the role of Iran in these military exchanges, in my opinion too much should not be made of this.

Iran has become Israel’s and the US’s all purpose alibi in justifying their continued attacks on Syria.

Doubtless – as the Russians say – some Iranian or Iranian controlled facilities in Syria really were attacked as part of this latest strike, presumably in order to give some substance to this alibi.

However this constant dragging in of Iran to explain or excuse Israeli attacks on Syria should not mislead about what is really going on. It was Syria and its air defence system not Iran which appears to have been the target.

In the aftermath of the US missile strike on Syria’s Al-Shayrat air base last year the Russians said they would take steps to upgrade Syria’s air defence system.

It seems the Russians have been as good as their word, with the result that – as I have discussed previously – there has been a shift in the military balance between Syria and Israel in Syrian air space against Israel.

The Israelis are pulling out all the stops to reverse this, and this looks to be what was behind their latest big strike.

If Russian claims about the number of Israeli missiles shot down are true – and as we have seen there is reason to think they might be – then this latest Israeli strike appears to have failed.

If so then It is most unlikely to be the last one. 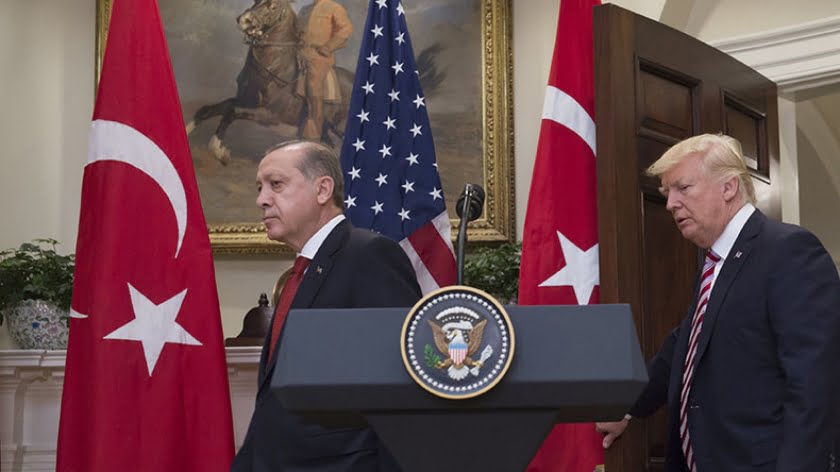 The Quadrilateral Security Dialogue or “Quad” as it’s been referred to is a US-led bloc created in 2007 consisting of the US itself, Australia and supposedly Japan and India. The bloc, whatever its stated purpose is for being, is clearly an anti-Chinese project created by and for the US and at the absolute expense of the… 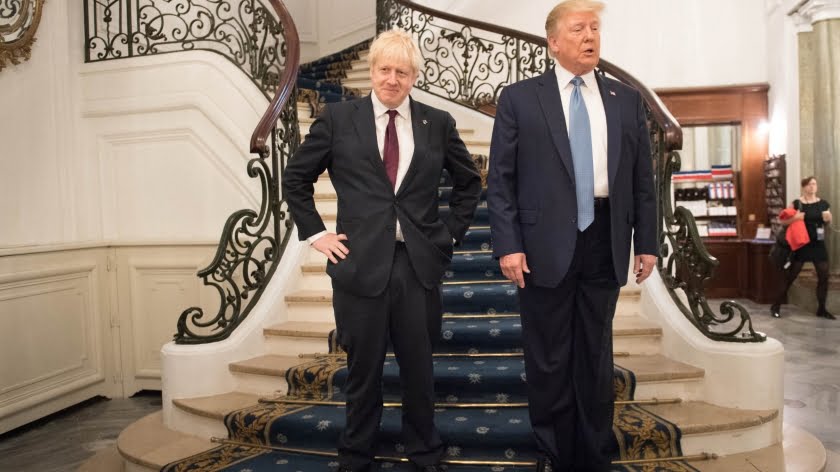 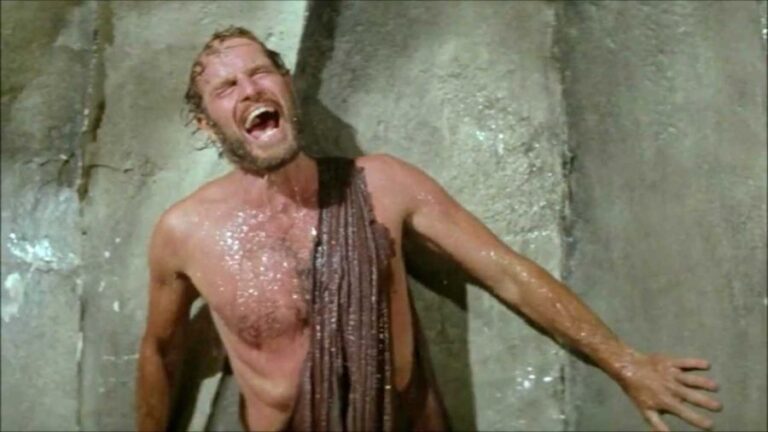 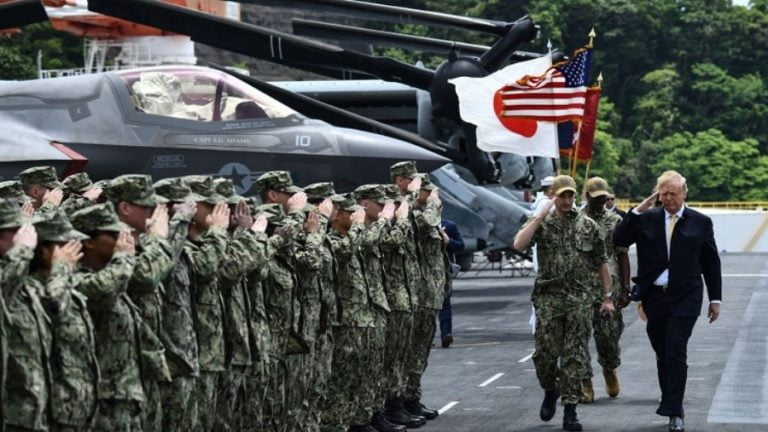