Jersey City’s 1991 Katyń monument is planned to be removed from its prominent waterfront site and put in storage as the city redesigns the area into a park, a controversial move that has inflamed the local Polish community which views this as highly insulting. The 1940 event that it commemorates is regarded by all Poles as the sacred martyrdom of over 20,000 officers and others at the hands of the Soviet Union, and it is absolutely unacceptable to them and their nearly 10 million diaspora in America that a major city in their closest ally is seriously considering getting rid of this memorial. From the opposite point of view, however, the CEO in charge of the park redevelopment plan said that the image of a bound and gagged Polish soldier being stabbed in the back by a Soviet bayonet “isn’t appropriate for a major metropolitan area” both because of the uncomfortable conversations that it might prompt mothers to have with their young children and also what he decried as the “politically incorrect” “notion that Russians are backstabbers”.

These divergent understandings caused the Polish Ambassador to the US to become concerned about what he described as the “lack of dialogue” between the Polish-American community in general and the city, but he could never have expected what would come next.

Polish Senate Speaker Stanisław Karczewski publicly denounced the proposed move and promised to write to Jersey City Mayor Steven Fulop about it, which instantly triggered a Polonophobic meltdown on Twitter by the Democratic politician who ranted that Karczewski was a “a known anti-Semite, white nationalist + holocaust denier” apparently because of his support for Poland’s zero-tolerance policy towards illegal migration and its recent legislation against historical revisionism. The Polish Ambassador officially responded to the hateful and defamatory labelling tactic commonly employed by Democrats all across the country in calling on the mayor to apologize, but the damage might already have been done because Polish-Americans are now well aware of exactly how Fulop’s party sees them and their country. This is important because many Polish-Americans are Democrats and live in Midwestern swing states like Ohio, Wisconsin, and Michigan, and with the November midterms right around the corner, their votes might make or break very tight races there that could determine the future composition of Congress and therefore the fate of Trump’s domestic agenda during the rest of his first term. 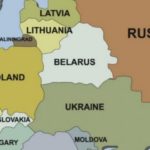