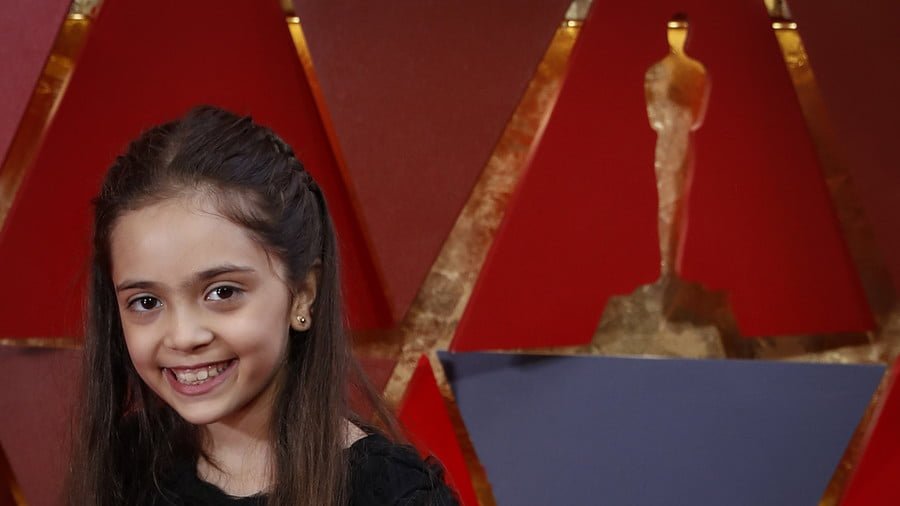 Just when we thought the over-used Bana al-Abed story was in the war propaganda dustbin, the wonder-child theme has again been re-hashed, this time by the Atlantic Council.

The so-called “think tank” recently highlighted the nine-year old at a conference that also included former US secretary of state Madeleine Albright.

Bana, the child presented to the world in late 2016 as tweeting from eastern Aleppo about wanting peace, Russia being bad, Assad being bad, etcetera, became colonial media’s darling, the perfect cover for war propaganda. We are told that Bana al-Abed has written a memoir. She has attended galas, met the Turkish president, and hobnobbed with movie stars and UN officials. Now, the girl has been trotted out on stage to receive an award from the Atlantic Council.

Critical-thinkers aren’t fooled by the Bana story. As I wrote earlier:

“Critiques on Amazon reveal that thinking people aren’t buying brand Bana, in spite of her UN appearance and rehearsed speech about children dying from bombs and hunger (which the United Nations retweeted, as all good neutral and credible institutions might).”

That her father was a member of a terrorist organization in Aleppo and worked in a Sharia Court has been documented, as has her family’s close proximity to numerous terrorist headquarters in their area of Aleppo alone.

But still, her official story is dragged on, endlessly.

Last April, after the world declared, with zero evidence, that Syria had used a toxic chemical on civilians in Douma, when Syrians testified to the contrary, Western leaders and corporate media labeled giving their testimony as a “masquerade,” “obscene.” They ignored the words of 11-year-old Hassan Diab from Douma. They ignored numerous reports of independent journalists whose reporting from Douma corroborate the testimonies. These people, corporate media tell us, are not to be believed.

Yet, as I wrote earlier, “Corporate media and Western leaders had no issues with the credibility of Bana, who was living surrounded by 25 terrorist cells in her district alone.”

What is the Atlantic Council?

Is the Atlantic Council some benevolent organization handing out awards to do-gooding people?

No. It’s a Washington DC-based think tank, which promulgates lies and propaganda to further imperialist wars and weapons sales, among other things. One of its Syria “experts” is none other than Bellingcat’s Eliot Higgins, who recently took to social media to tell people to suck his “big balls,” making him more of a laughing stock than this backgrounder on the man with no qualifications to his title.

Some of the Atlantic Council’s funders include: the US State Department, oil and weapons manufacturing companies, banks, NATO, various nations’ ministries of defence, and the US Air Force, Army, Marine Corps and Navy.

Even just based on funding alone, and ignoring their pro-NATO policy papers, the Atlantic Council clearly exists to further the interests of those involved in weapons manufacturing, wars, and oil.

In her interview with Bellingcat, Bana seems more natural than in her early 2017 “save, save the children of Syria”interview (her reply to what kind of food she liked). This time, she can answer basic ‘how are you’ questions. Her replies are met with“cool, cool, cool,” and “banging,” by Bellingcat’s Nick Waters.

After the chit-chat, Bana begins what is clearly a scripted soliloquy, staring forward, possibly concentrating on repeating what is likely being transmitted to her ear, speaking about children and war, destroyed schools, and of course not ever mentioning the terrorists who surrounded her home and occupied schools as headquarters, nor that her own father was a terrorist.

It is a transparently unauthentic recitation, with Bana continually pausing mid-sentence, presumably to hear the rest of what she is told to say. After two and a half minutes of this cringeworthy monologue, she breaks into song, singing “We shall overcome.”

When later receiving her Atlantic Council “Freedom Award,” she gives another rehearsed speech, again halting mid-sentence throughout her five minutes of talking.

These theatrical performances, hosted and encouraged by the Atlantic Council and Bellingcat, epitomize the depth that the NATO alliance is willing to stoop to, grasping desperately at legitimacy in their transparent war propaganda.

It was not only a shameful, but an embarrassing, fail for the Atlantic Council. As of two days later, there isn’t a single positive comment on the Youtube video of her interview. To the contrary, comments speak of child abuse, war propaganda, and that the girl is likely being fed her lines by an earpiece.

On the Atlantic Council’s Youtube channel, comments are disabled for Bana’s award speech.

Failed Sherlocks accuse a non-bot of being a troll

The DFRLab is a project of the Atlantic Council, ostensibly to identify those prolific (Russian) bots and trolls out there.

Checking in at the 360 / OS #DigitalSherlocks! The @DFRLab team is working together with activists and journalists from all around the world to enhance our ability to identify trolls in the web spreading disinformation and fake news that pollute our open societies. pic.twitter.com/Xv8xXfV0IN

“Checking in at the 360 / OS #DigitalSherlocks! The @DFRLab team is working together with activists and journalists from all around the world to enhance our ability to identify trolls in the web spreading disinformation and fake news that pollute our open societies.”

One of the accused, @Malinka1102, tweeted about her preference for privacy and not being subjected to witch-hunts and harassment.

I don't have anything to hide and nothing compromising. My only concern is to protect my big family from witchhunts and harassment

Having myself been a target of endless harassment and smear campaigns, I can appreciate her concerns, some of which are also included in a book by Phil Butler’s book.

In fact, a new article by Ben Nimmo—who previously targeted @ian56789 as a “Russian bot” (an accusation revealed to be baseless when Ian gave a live Sky News interview, revealing himself to be concerned British man)—now targets a number of twitter profiles as “trolls”, including yours truly.

So basically, people who challenge the State Department, sorry, Atlantic Council, Human Rights Watch, and all the other arms of the US and UK governments on their war propaganda are not thinking people with consciences, they are just “trolls”. That’s what DFRLab wants you to believe.

On awarding Bana al-Abed, the Atlantic Council tweeted about her humanizing the “Syrian civil war.”

Oh, the irony. The exploited child’s Twitter account has called for World War Three, has whitewashed Al-Qaeda and indeed Bana’s own father Ghassan, a terrorist with the Safwa Brigade.

The irony of also awarding Madeleine Albright — known for her lack of remorse over the 500,000 Iraqi children who died as a result of sanctions — was not lost on people.

The Atlantic Council and Bellingcat are guilty of war propaganda. As @ian56789 wrote to me in a message:

“The members of the Atlantic Council and DFRLab should be indicted as accomplices to War Crimes, for providing actual material support to al-Qaeda terrorists, and for Treason (actively supporting official enemies of the US & UK). They should be spending the rest of their lives in jail and fined every penny they’ve got.”

And those abusing and exploiting Bana al-Abed in their ongoing war propaganda should join them. 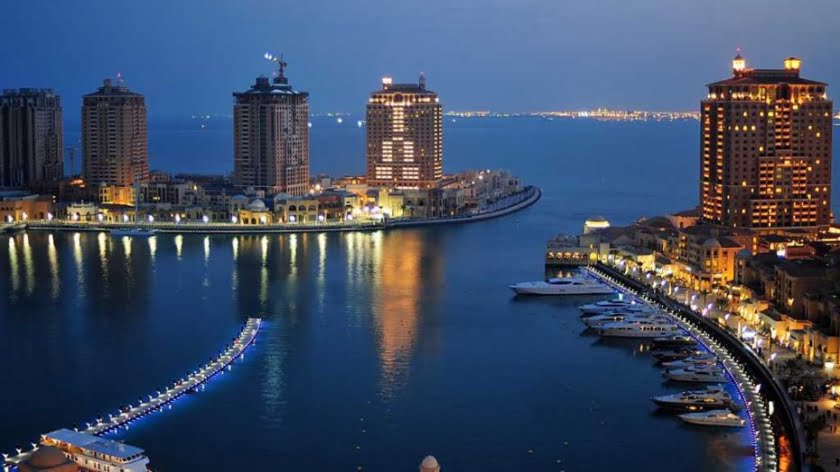 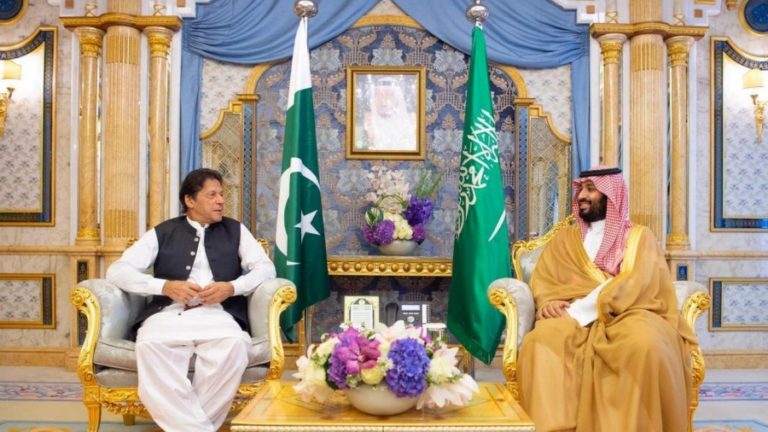 Pakistan’s government last month claimed a victory at the Organisation of Islamic Cooperation annual summit in Niger, announcing that the 57-member Muslim bloc had supported a resolution condemning India over its rescinding of Kashmir’s semi-autonomous status. In a statement on the final day of the summit on 28 November, Pakistan’s foreign ministry said OIC states had agreed…

In light of the COVID-19 pandemic, one would expect that the desire to work as one world to curb the spread of the virus would outweigh any considerations of politics, race or religion. However, the violence and neglect of Israel’s Zionist government and non-governmental bodies towards Palestinians not only continues in full force but in…