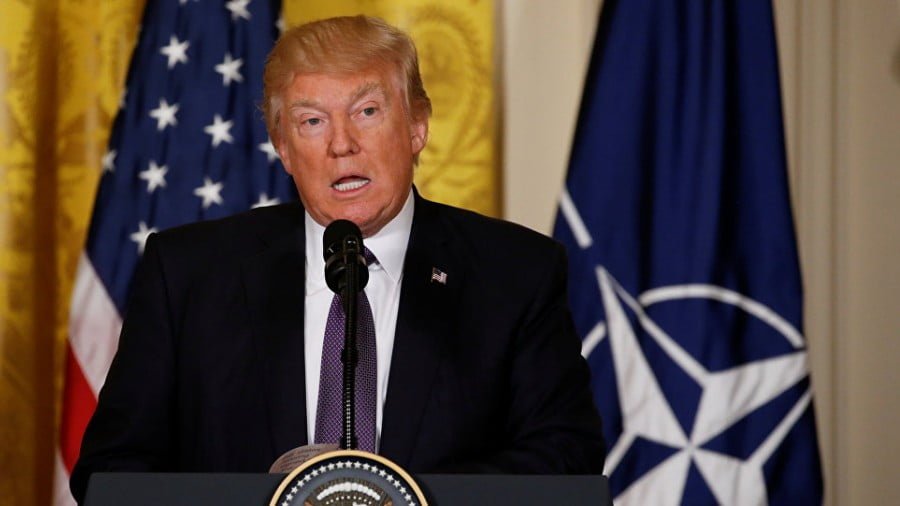 Monday’s meeting in Helsinki has unleashed a torrent of wild denunciations that verge on a direct appeal to the military and intelligence agencies to take action to force Donald Trump’s removal from the White House.

The Democratic Party, the corporate media and leading figures within the US military and intelligence apparatus have joined in branding Trump a traitor who is functioning as an agent of the Kremlin.

Trump and his cohorts have many crimes to answer for. But the objectives that motivate the anti-Trump hysteria in the media and the conspiratorial methods to which the Democrats are resorting are utterly reactionary.

The summit in Helsinki was preceded by the strategically timed announcement of an indictment of 12 alleged Russian military intelligence officers by Special Counsel Robert Mueller on charges of hacking into the computers of the Democratic National Committee and Hillary Clinton’s presidential campaign chairman, John Podesta.

This indictment, which consists of a series of unsubstantiated allegations, was seized upon by top Democrats and sections of the media to demand that Trump call off his meeting with Putin.

When the Republican president ignored these demands and went ahead with the trip to Helsinki, the Democrats and their allied media outlets were prepared to erupt as soon as the talks had ended. This was made clear by a particularly reactionary piece by New York Times columnist Charles Blow headlined “Trump, Treasonous Traitor” published on the morning of the meeting, which accused Trump of “committing an unbelievable and unforgivable crime against this country …”

The hysterical tone had already been decided upon in advance of the Trump-Putin meeting, and the reaction once it was over was instantaneous.

No sooner had the US and Russian presidents finished their joint press conference than CNN’s anchor in Helsinki, Anderson Cooper, an heir to the Vanderbilt fortune who interned with the CIA before going into television news, announced to his viewers that they had been “watching the most disgraceful conduct by an American president…that I have ever seen.”

”The most disgraceful conduct by an American president”? That’s really saying something!

What was Trump’s crime in Helsinki that eclipsed all of these war crimes and crimes against humanity? It was to question the campaign over Russian “meddling” in the 2016 election, in which the media treats the assertions of US intelligence agencies—the same agencies that gave us “weapons of mass destruction”—as proven facts, despite the lack of any substantiation.

In one of the few incisive moments of the press conference in Helsinki, Putin, the former KGB agent, commented that, as a former intelligence officer, he had some familiarity with “how these dossiers are made.”

The less traction this campaign gets within the American working population, the more frenzied its promotion by layers of the ruling oligarchy, the media corporations and the vast US intelligence apparatus. The vitriolic language employed in the denunciations of Trump’s statements in Helsinki has an ominous character.

John Brennan, the career CIA official who became the agency’s director under Obama, declared that Trump’s appearance with Putin in Helsinki “exceeds the threshold of ‘high crimes and misdemeanors.’ It was nothing short of treasonous.”

New YorkTimes foreign affairs columnist Thomas Friedman, the chief media propagandist for the Iraq war, described Trump as “an asset of Russian intelligence,” adding sonorously, “My fellow Americans, we are in trouble and we have some big decisions to make today. This was a historic moment in the entire history of the United States,” given that Trump had “engaged in treasonous behavior.”

Friedman added: “Every single Republican lawmaker will be—and should be asked on the election trail: Are you with Trump and Putin or are you with the CIA, FBI and NSA?”

Such is the choice offered by the American ruling class to the population of the United States: Side with Trump or side with the unaccountable and murderous operatives of the “deep state.” Friedman and the Times, who reliably articulate the line of the Democratic Party, make clear that the Democrats are the party of the latter.

Unmentioned by Friedman or any of the dozens of other media pundits who spoke or wrote along similar lines are the enormous crimes carried out by these agencies, from coups and assassinations of foreign leaders to torture and domestic spying.

Friedman went on to assert that the only appropriate message for Trump to have delivered to Putin was a threat that Washington would regard Russian “meddling” as “an act of war,” and that “we will not only sanction you like never before, but you’ll taste every cyberweapon we have in our arsenal.” In other words, a threat of nuclear world war.

There is an unmistakable logic to this kind of language. To the extent that Trump cannot be ousted by means of impeachment, the door is open to a military coup.

This option was given concrete expression by Michael Hayden, the former four-star Air Force general who headed both the CIA and the National Security Agency. Interviewed by National Public Radio on Monday, he condemned Trump’s statements in Helsinki and added that “mid-range officers come and ask me what do I tell my people, and that’s a really telling question.”

Behind the scenes, sections of the active-duty military, CIA spooks and former heads of major US intelligence agencies are in discussions about what is to be done with Donald Trump.

If the military were to stage a coup against Trump, there is no doubt that the leadership of the Democratic Party would fall into line behind an American junta.

The concerns of Trump’s ruling class antagonists are threefold. They fear that Trump’s “America First” foreign policy, based on trade war and the disruption of longstanding alliances such as NATO, is undermining the drive for US global hegemony.

Second, those within the ruling class and the state apparatus opposing Trump view any attempt to reach a temporary accommodation with Moscow as a dangerous diversion from confrontation with a country they regard as a major impediment to US strategic interests.

Third, there is a growing fear within America’s ruling oligarchy that the conditions are emerging within the US itself for an explosion of class conflict, which the Trump administration will prove incapable of containing. Within the ruling class a consensus is growing that it will prove impossible to suppress the coming social upheavals within the limits of democratic forms of rule.

The dangers posed by the deepening of the political crisis, now driven above all by a growth of social opposition to capitalism among workers in the United States and internationally, can be answered only through the development of an independent political struggle of the working class in opposition to both parties and all factions of the capitalist class, and based on a program of workers’ power, the international unity of the working class, and socialism. 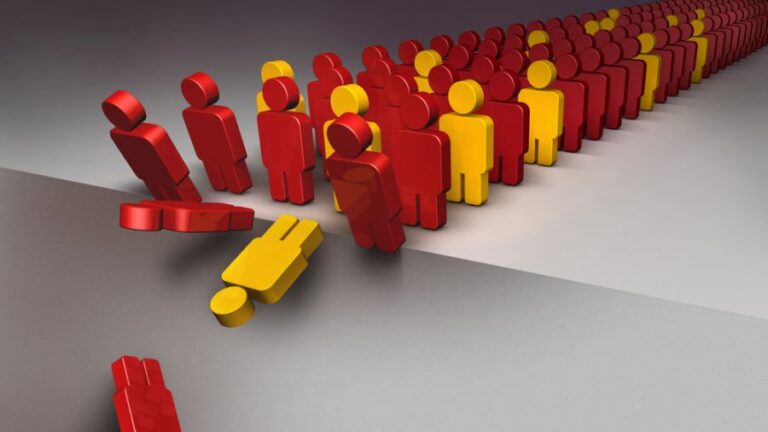 Why is the far right jumping on the anti-vaccination bandwagon? You’d think that the whole world could unite against a deadly virus. COVID-19 has already sickened over 200 million people around the world and killed over 4 million. It has now mutated into more contagious forms that threaten to plunge the globe into another spin… 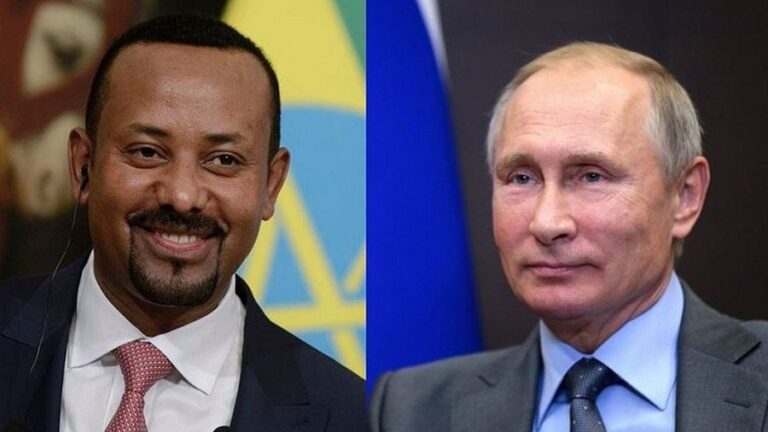 By refusing to let this happen, Ethiopia is proudly flexing its strategic autonomy and leading the rest of Africa by example, which aligns with its historical role in the continent. This is all the more impressive of a position considering that the TPLF-driven Hybrid War of Terror was unleashed by the US against this country… 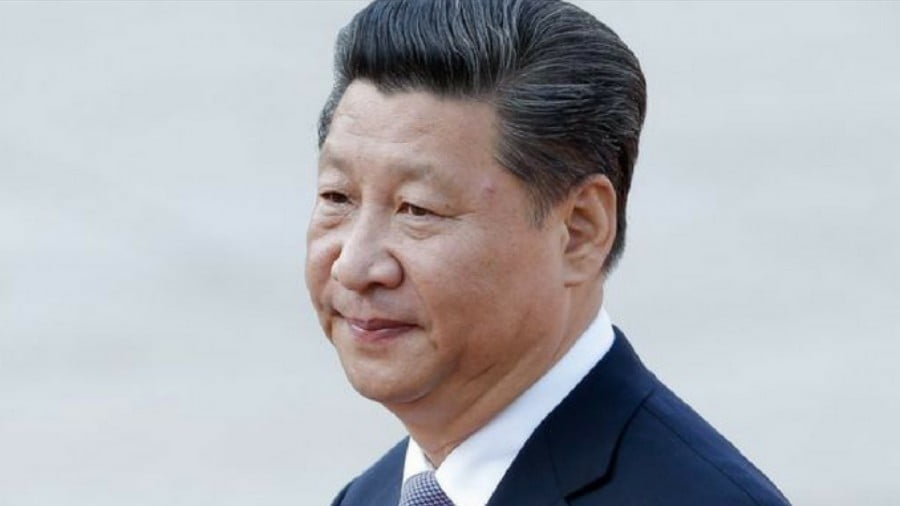