‘Treasonous’ Trump in the Conspirators’ Crosshairs

At least the White House can be happy that the resident Hitler-in-Chief’s inhuman separation of innocent migrant children from adults caught illegally crossing the US border with Mexico matters to nobody anymore.

Everyone’s moved on. “Children in cages” is yesterday’s news.

The issue now is treason, a crime carrying the death penalty.

On that score America and the entire world owe former CIA Director and onetime communist voter John Brennan a debt of gratitude for pointing out that President Donald Trump’s expressing the slightest hint of doubt about conclusions reached by the US Intelligence Community is both impeachable and treasonous.

Brennan didn’t just make that up, you know. It’s in the Constitution of the United States, right there in black and white:

Article II, Section 1: “The executive Power shall be vested in an Intelligence Community of the United States of America.”

Article III, Section 3: “Treason against the United States, shall consist in doubting the Intelligence Community in any way, shape, or form.”

There you have it, it’s an open and shut case of treason, committed in full view of the global public within feet of Russian President Vladimir Putin – who, as the crack journalists of our intrepid Fourth Estate have now revealed through their diligent investigative work, was once an officer in the Soviet KGB! Trump’s unmasking, through his very own perfidious words, now adds “traitor” to all the other terms of opprobrium already justly appertaining to him.

We all know what happens to traitors, don’t we?

A day later Trump hastily sought to cover up his treachery with the lame suggestion that he had inadvertently dropped the semi-syllable “-n’t” during his Helsinki press conference with his Russian “handler.” (Actually, that “wouldn’t/would” dodge is pretty cute. Who thought it up – Steve Miller? Sarah Huckabee Sanders? Trump himself? Genius! One can almost hear them brainstorming over what explanation would most insult the limited intelligence of their critics.)

But try as he might, Trump can’t escape. His media pursuers have caught on to his Houdini routine:

‘President Donald Trump’s attempt on Tuesday to backpedal on his disastrous remarks siding with Russian President Vladimir Putin, in which the stone-faced president read from a monotone prepared statement but deviated several times from it, was eerily reminiscent of the way he handled his infamous false equivalence in response to the deadly white supremacist rally in Charlottesville, Virginia, last summer.

‘After accepting Putin’s denial instead of affirming U.S. intelligence agencies’ conclusion that Russia interfered in the 2016 election, Trump on Tuesday tried to reverse course. Reading from prepared remarks, he said that he accepts the intelligence agencies’ conclusion and claimed that he misspoke during Monday’s press conference. (He added ‘that perhaps “other people” were responsible, and reverted to his usual talking point that “there was no collusion” between his campaign and Russia, which appeared to be unscripted.) [ … ]

‘Many reporters, commentators and other political observers made similar observations, noting that Trump could quickly reverse himself again, just as he did in his response to the events in Charlottesville.’

Indeed, just the day after his “stone-faced,” “monotone” semi-contrition, Trump was right back at it, colluding with fellow Putin-puppet Tucker Carlson on Fox News. (Even worse, the Trump-Carlson duo even blasphemed against the holiest of holies of US national security, Americans’ willingness to risk nuclear annihilation in World War III over tiny, corrupt Montenegro.)

Not only did this two-man, latter-day analogue to the Gunpowder Plot belittle the supposedly proven fact of Russian hacking of the 2016 election (which nonetheless is still disbelieved by almost 40% of Americans!), they took the opportunity to inject a note of – you guessed it! – racism:

‘“I mean I’m not a shrink, so I don’t fully understand it. I mean I don’t think Russia is our close friend or anything like that. I mean, of course, they tried to interfere in our affairs; they have for a long time. Many countries do. Some more successfully than Russia, like Mexico which is routinely interfering in our elections by packing our electorate,” Carlson said, suggesting Mexican immigrants who become naturalized citizens and vote are somehow illegitimate voters.

‘“Having sold out our nation on an international stage, Mr. Trump will now explain it all to Sean Hannity and Tucker Carlson? I’m guessing RT and [Sputnik] were unavailable.’

But aside from Carlson, virtually all of Trump’s supposed defenders (mostly on Fox News) agreed entirely with the President’s accusers that questioning the intelligence community was totally impermissible. Indeed, both his defenders and even Trump himself have tried to deflect criticism by citing the myriad ways in which his Administration has been “tough” on the Russians: sanctions, expelling diplomats, striking Syria twice, and most of all reveling in the slaughter of Russian contractors in Syria.

This reflects a troubling fact that undermines optimism that the Helsinki summit will herald a change for the better in the US-Russia relationship. The fact is, Putin is master in his own house but Trump is not. There is no order or instruction Trump can give that he can be sure will be carried out, either by the Pentagon or the intelligence community – and certainly not the Justice Department, which blatantly tried to sabotage the summit with Deputy Attorney General Rod Rosenstein’s issuance of avacuous indictment of 12 GRU officers. As described by former CIA intelligence officer Michael Scheuer:

‘Why should any American worry about the unending, manic claims that Russia interfered in the 2016 election? This story, after all, has been made up and perpetuated by aspiring traitors like Clapper, Hayden, Tapper, Acosta, Hillary Clinton, Comey, John Podesta, Maddow, McCabe, Brennan, Page, Strzok, Wray, the reporting staffs of the Washington Post and the New York Times, the Council on Foreign Relations, and most of all, by the foreign-born Obama. To believe this crew’s statements about anything at all is to believe that John McCain and Lindsay Graham can open their mouths without lying us into yet another interventionist war. […]

‘In the face of what Jefferson surely would call a “long train” of perfidy, treason, obsessive avarice, and murder by the national government, one must ask why would any commonsensical American fail to see that the Russian-meddling narrative is transparently an attempt by Obama leftovers and the seething, quite mad Neocons to push the United States into a new Cold War with Russia, one that would lead to a hot war, as well as a means of keeping themselves out of the slammer and off the gallows.

‘Indeed, there is not a loyal American citizen who has a single credible reason to believe any intelligence-based claims made by the Obama administration, or the Obama leftovers in Trump’s administration, about Russian interference in the 2016 election. The citizenry’s only fair-minded conclusion is that Obama ordered his intelligence and military lieutenants to stand down on responding to “Russian hacking” in summer, 2016, because no such hacking occurred. Certainly, the two indictments of Russians – written by Obama acolytes led by Rosenstein, Strzok, and old-man, disgrace-to-the-Marines Mueller and his merry band of Trump-hating attorneys — are clearly dreamed-up travesties that would disgrace a first-year law-school student and get him the boot therefrom.’

The bottom line is that, even after Helsinki, Trump remains besieged inside his own Administration. It cannot be said with any assurance that there is a single high official, including Trump’s own appointees, who agrees with the President’s desire for rapprochement with Russia. Congress is almost entirely against him, as evidenced by a virtually unanimous Senate vote on a nonbinding resolution against treaty-based law enforcement cooperation with Russia (as discussed by the two presidents) and talk of fast-tracking more sanctions legislation.

Even in areas theoretically under Trump’s full control, most importantly his constitutional command of the military, there is pushback. One early deliverable of the summit should be US-Russia cooperation in Syria to help wind down that war. But General Joseph Votel, who leads U.S. Central Command, was quick to point out that he’s received no instructions and that under prohibitory legislation enacted in 2014 no such cooperation would be legal without Congressional action to create an exception – which will not be forthcoming.

In a rule of law state, law enforcement should be politically neutral. In most countries it’s not, with those in power using police, prosecutors, and courts as weapons against the opposition. Only in America, and only since Trump’s election, has anyone seen the bizarre phenomenon of election losers abusing law enforcement against the winner. Even as Trump talks optimistically of a second summit with Putin in Washington in a few months, the criminal Deep State conspiracy against him rolls on with the complicity of top appointees like Rosenstein.

Every effort will continue to be made to ensure no concrete progress can be made on whatever was discussed in Helsinki while maintaining the 24/7 drumbeat of demonization. (There’s even an attempt to force Trump’s interpreter in Helsinki, Marina Gross, to divulge what transpired in private between the presidents. Gross herself may draw suspicion on account of an unconfirmed report that she may actually speak Russian…)

For his part, Trump must seek support from the only direction he can: the tens of millions of “Deplorables” who voted for him. The more the media, the Democrats, and the GOP establishment trash him, the more they are convinced he is on the right track. By doubting the truth of Russian hacking and our sacred NATO obligation to every insignificant country few ordinary Americans could find on a map, he has increasingly mainstreamed those notions with his base.

Trump’s only way forward is continuing to be the wrecking ball he was elected to be. Twitter and his ability to change the subject with outrageous and “impermissible” utterances and actions are his main weapons. In that vein, as long as he’s being accused of treason, he might as well make the most of it:

Mr. Trump, fire Rosenstein and let the chips fall where they may. 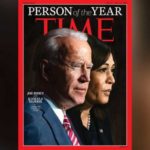