During his final address as President of the United States of America, General Dwight D. Eisenhower warned of the development of a military-industrial complex in the following way:

“This conjunction of an immense military establishment and a large arms industry is new in the American experience. The total influence — economic, political, even spiritual — is felt in every city, every State house, every office of the Federal government.

We recognise the imperative need for this development. Yet we must not fail to comprehend its grave implications. Our toil, resources and livelihood are all involved; so is the very structure of our society. In the councils of government, we must guard against the acquisition of unwarranted influence, whether sought or unsought, by the military industrial complex. The potential for the disastrous rise of misplaced power exists and will persist. We must never let the weight of this combination endanger our liberties or democratic processes. We should take nothing for granted.

Only an alert and knowledgeable citizenry can compel the proper meshing of the huge industrial and military machinery of defence with our peaceful methods and goals, so that security and liberty may prosper together”.

Since Eisenhower’s speech, the US military-industrial complex has become so influential that its policy making role in government is thought to exceed that of elected officials up to and including the head of state. As the country with the world’s most powerful military and strongest economy, this means that not only does the US military-industrial complex threaten democracy in the US but it threatens the peace and freedom of those in other nations whose governments may occasionally quarrel with Washington.

Against this background, it is both absurd and hypocritical for anti-patriotic forces within Pakistan to heap scorn on the young government of Imran Khan and his PTI party under the guise that they are “too close” to Pakistan’s military establishment. In the United States, it has proved to be impossible to even get close to power by promising a revision in the nation’s foreign policy while in Pakistan, PTI proved that a party with a clearly reformist approach to foreign policy making can not only win but in many cases obliterate the vote of the old legacy parties as well as fringe extremist parties.

It is in fact true that Pakistan has a long history of open conflict between civilian governments and what is widely called The Establishment – the military. In July of this year however, a peaceful democratic election signifying only the second ever peaceful transition of power in Pakistan’s history has signalled the early stages of a shift from a policy of confrontation between the Establishment and government to one of cooperation. Before going further, it must be noted that while conflict between the military and elected government is a phenomenon that the international media tends to universally associate with Pakistan, such conflicts transpire in multiple nations with different histories and societal issues.

Modern Turkey has a long history of civilian governments in open conflict with the military. In spite of reforms early during Erdogan’s time as Prime Minister to harmonise the relationship between the Turkish Army and elected government, the apogee of conflict between the military and government in Turkey occurred as recently as 2016 when elements of the Fethullah Terror Organisation infiltrated the Army and led an illegal coup against President Erdogan. The result has been an intensified effort by Erdogan and the civilian government to bring to justice those in the Army associated with all forms of anti-government activity. After his recent re-election under new constitutional regulations, Erdogan has made good on his pledge to make the army directly answerable to the president rather than operate as a body that was previously allowed to make public political pronouncements without conclusion with civilian factions.

After the US backed de-stabilisation of Egypt in 2011, a Muslim Brotherhood government came to power in Cairo that was directly at odds with the military. In 2013, the military led an ouster of the Muslim Brotherhood’s leader Mohammad Morsi and put General Abdel Fattah el-Sisi in power who remains President to this day. While some called Sisi’s rise to power a coup, others point out the reckless incompetence, unpopularity and social extremism of Morsi and his followers. Egypt is clearly a country where mainstream forces all make reasonable arguments both for and against the Army’s strong influence on the country’s national political development.

Pakistan’s light at the end of many tunnels

Therefore, while Turkey took decades to peacefully harmonise military-civilian government relations and while Egypt has yet to fully do so, Pakistan stands on the verge of peacefully achieving such harmonisation. Furthermore, this was largely accomplished through the ballot box and domestic diplomacy. This is not to imply that the incoming PTI led coalition government of Pakistan is “subservient” to the Army as some of PTI’s domestic detractors have said for obvious enough self-serving reasons. Neither is it to say that Fatima Bhutto (whose relations with a powerful Pakistani political family are minimised by the Guardian’s editors) is correct in stating that “Imran Khan is only a player in the circus run by Pakistan’s military” as she recently did in Britain’s ultra-liberal Guardian newspaper.

In reality, Pakistan is maturing into a state where both the military and civilian leaders are increasing cooperating for the benefit of the nation, just as is the case within all three major superpowers where open schisms between the military and government are largely unheard of. While all such moves in any nation are bound to have growing pains, the fact of the matter is that Pakistan’s leaders are embarking on a new era of national unity – something that is necessary in order to ensure peace and prosperity for future generations. Therefore, less open antagonism between the government and military in Pakistan should be welcomed rather than be subject to conspiracy theories and wild speculation disguised as analysis.

With PTI is moving to modernise and harmonise the government’s relationship with the Establishment on a legal and win-win basis, Imran Khan’s transformation from opposition leader to statesman has laid bear the face of the true enemy within. In Pakistan, Imran Khan’s critics have sunk to new lows in their ever more frequent gossip column style criticism of the new Prime Minister. Before Imran has even settled into his new desk, his critics are already proclaiming the PTI led government a failure in a manner that only serves the foreign enemies of the Pakistani people and which in turns threatens the unity and survival of the state.

But while Imran Khan’s opponents continue to hurl stones within a glass house, they fail to realise that in shrieking about their own country’s supposed inferiority under the prying eyes of India, Afghanistan and The United States, they do not realise that when compared with other nations, Pakistan’s problems are not unique. To say otherwise is to fall into the trap of the colonial mentality which in the last election doomed the PML-N and PPP to electoral failure.

Liberal Pakistanis complain about the country’s blasphemy laws and the fact that PTI has no plans to change such laws. Meanwhile, such forces ignore the fact that in the countries of Europe and North America – countries which face a substantially low terrorist threat vis-a-vis Pakistan, legislators are hastily drafting new laws to censor criticism of just about any social trend ranging from feminism to sectarian politics. While Pakistani laws defend the country’s historical religious traditions, western governments are passing laws to protect the pagan gods of the west – the totemic ramparts of ultra-liberalism. Thus, Pakistan’s blasphemy laws should not be viewed in a vacuum and should certainly never be seen as more dangerous than the decrepit state of Indian society in which Muslims are being openly lynched with the support of members of the ruling political party simply for going about their daily business in peace. Until western hypocrisy and Indian mob rule are addressed, there is little point in growing hysterical over Pakistan’s blasphemy laws.

Liberal Pakistanis then complain about press freedom before realising that Pakistan actually has some of the freest political speech in the world.

In an age where US corporate media, European corporate and state media and the Indian government all look to clamp down on free speech, Pakistan remains a place whose levels of political free speech are staggeringly high. Whether on Urdu, English or provincial language media, Pakistanis can say almost anything they want about almost anyone they want and for the most part it is all done in relative peace.

When the PTI government announced a further step to free Pakistan’s already highly open media it was clear that existing trends will only improve under the leadership of Imran Khan While private media outlets have long had editorial freedoms, according to a recent statement from Pakistan’s Information Minister Chaudhary Fawad Hussain, now even state owned media will be given full editorial freedom.

As per vision of @ImranKhanPTI Ended political censorship on PTV, clear instructions issued for a complete editorial independence on PTV and Radio Pakistan, drastic changes ll be visible in Information Dept in coming 3 months Inshallah

The real fight for Pakistan’s future

Imran Khan has drawn the liberal werewolves out of their hiding places and has thus exposed the real enemies of social and economic progress in Pakistan to be liberal forces who see it fit to criticise every element of Pakistani society without cessation. Such people take perverse delight in blaming the Establishment for doing that which it does not do while summarily ignoring how the US military-industrial complex is vastly more powerful than Pakistan’s Establishment ever was. Likewise, Pakistan’s liberal fifth column somehow believe that Pakistan’s blasphemy laws are unusual while similar things either already exist or are being legally erected in the countries who join Pakistan’s home grown liberals in heaping scorn on a nation being antagonised both on its eastern and western borders.

What good is it to be on guard against terrorism from Afghanistan and India if Pakistan’s own liberal fifth column continues to scapegoat the nation itself for every problem under the sun. Pakistan does have problems and most of these problems are not unique to Pakistan. What is however unique is the agility with which supposed patriots of Pakistan do more for the country’s foreign enemies than the foreign enemies themselves could ever hope to achieve.

By increasing the amplification of these anti-national voices in so far as his presence seems to agitate them into fits of Pakistan hating hysteria, Imran Khan has already proved why he is in the best position to fight this enemy within and secure a better internal and external future for Pakistan. 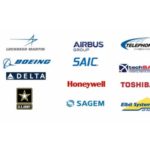 Who Are the Ultimate War Profiteers? 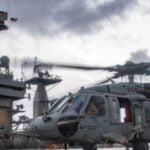