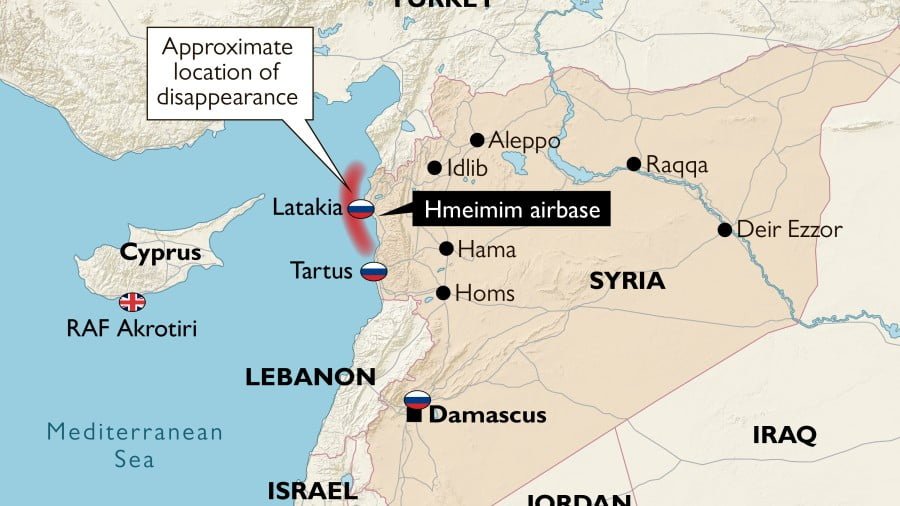 It is pretty clear what took place yesterday night. Even if you don’t read Russian, the following chart released by the Russian Ministry of Defense says it all: 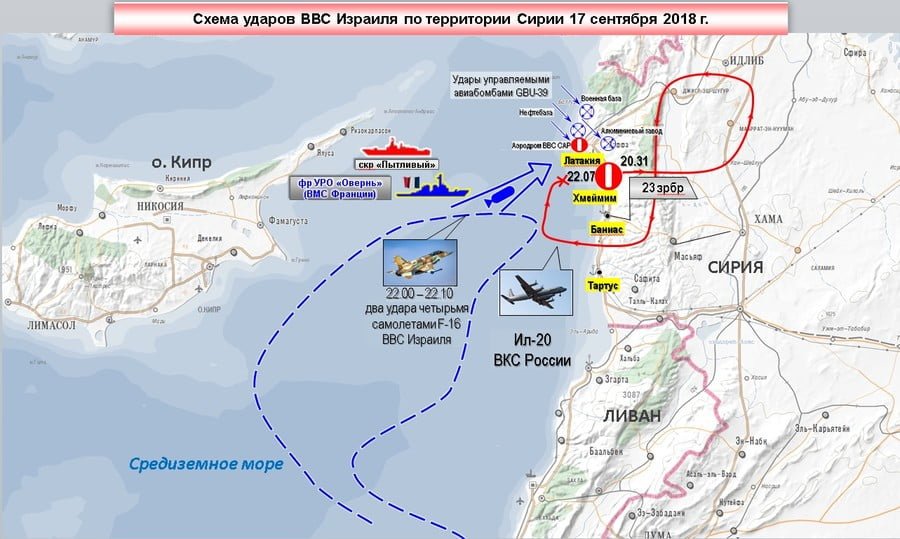 Basically, 4 Israeli aircraft were sent on a bombing mission against targets near the Russian facilities in Khmeimim and Tartus (which, by itself, is both stupid and irresponsible). The Israelis *deliberately* did not warn the Russians until less than a minute before the attack took place, thus the Russians did not have the time to tell the crew of the Il-20 electronic warfare aircraft, which was on approach for a landing, to take evasive action. When the Syrian S-200 fired their missiles to intercept the incoming missiles, the Israelis F-16 used the Il-20, which has a much bigger radar cross section, to hide themselves resulting in the loss of 15 lives and one aircraft.

The Russian MoD placed the full blame on the Israelis and declared that this attack was “dastardly”, the Israeli actions as “hostile” and said that Russia “reserves the right” to respond with “adequate counter-actions”.

This is one of these rare opportunities when there is, I believe, a viable and logical option to respond: tell the Israelis that from now on any of their aircraft approaching anywhere near the Russian forces will be shot down.

Will the Russians do that?

I doubt it. Why? Because of the very powerful pro-Zionist 5th column in Russia.

I am pretty sure that the Russian military would love to take such an measure but, unfortunately, they are limited in their actions by the 5th columnists in the Russian government.

We shall see. If Russia does nothing, it will be interesting to see how those who deny the existence of a pro-Zionist 5th column in Russia will explain this.

PS: the only positive effect from this tragedy is that this will go a long way to trash the image of Israel in the Russian public opinion (which is constantly subjected to pro-Zionist propaganda in much of the Russian media).

UPDATE1: there we go: Putin is already “downgrading” the gravity of what happened. He has just declared that “the Israeli jet didn’t down our aircraft” and spoke of “tragic circumstances“. True, he did add that the Russians will take measures that “everyone will notice” but I am personally dubious about these “steps”. I hope that I am wrong. We will find out soon.

UPDATE2: I am watching the Russian media and I have to report that Zionist propagandists (Russian liberals and Jewish commentators) look absolutely *terrible*: they are desperately trying to blame everybody (the Syrians, Hezbollah, and even the Russians) except for Israel. This will not sit well with the Russian public. 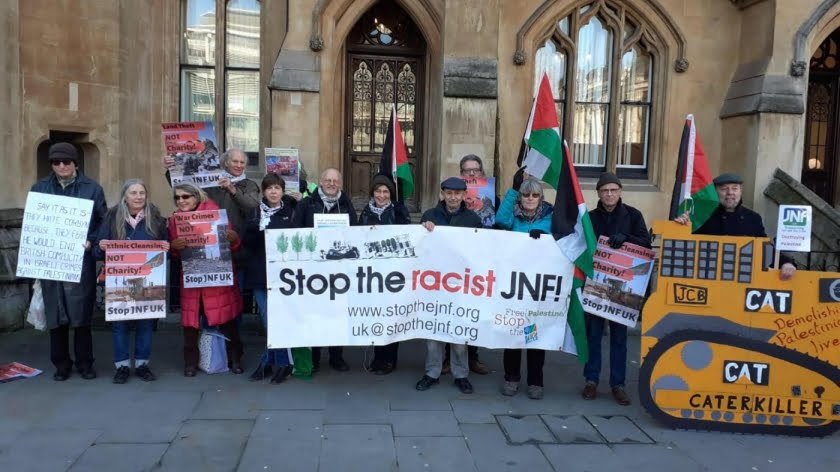 When is a war crime not a war crime? When, according to British officials, that war crime has been given a makeover as a “charitable act”.  The British state is being asked to account for its financial and moral support for a UK organisation accused of complicity in the ethnic cleansing of hundreds of thousands…