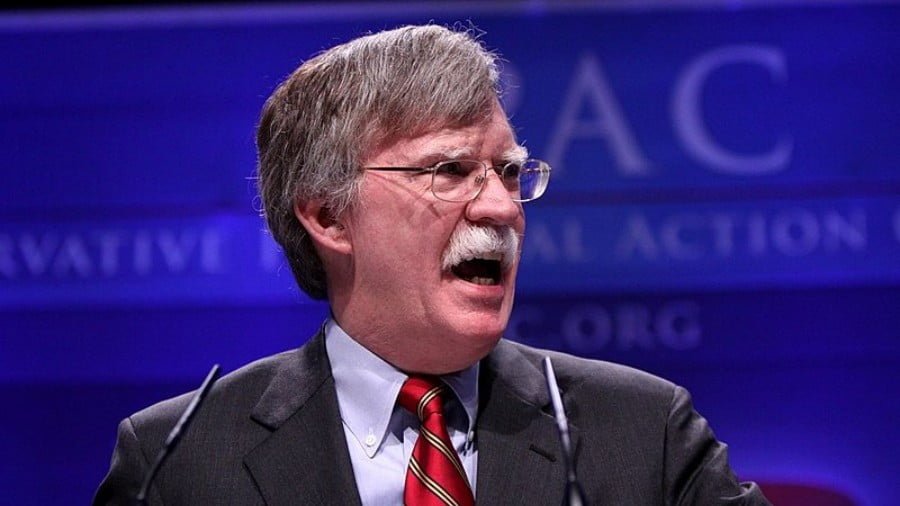 A terrible beauty was born last night with the sequence of dramatic events taking a curious turn, following the shooting down of the Russian plane on September 17 near the coastline of Latakia, Syria, killing fifteen personnel on board the aircraft.

After a meticulous investigation by the Russian side, Moscow has blamed Israel. It has also constituted a criminal case. Indeed, under international law, a criminal act took place and a crime is per se accountable and punishable. Tel Aviv must be acutely conscious of that.

Meanwhile, Russia has begun initiating moves that ensure that such tragic incidents do not recur. As initial step, Moscow proposes to equip Syrian air defence establishment with the formidable S-300 missile defence system. More such measures are expected in the coming days and weeks.

At which point, last night, US National Security Advisor John Bolton came in from the cold and tweeted that the Russian move regarding S-300 is a “significant escalation” and that Moscow should “reconsider”. Washington has decided to make a lateral entry into what so far wore the look of a Russian-Israeli-Syrian triangle. It stands to reason that Bolton has been watching developments with an eagle’s eye all but kept mum until Russia made its first big move.

Last night, the Russian-Israeli-Syrian triangle morphed into a US-Russian-Israeli triangle. That in turn brings up the big question: Wasn’t the latter triangle the real one all along? Put differently, was Israel acting alone at all on September 17 or is it that Tel Aviv pulled strings in Washington for the big daddy to intervene since Moscow turned on the heat?

In either case, a terrible beauty is born, as Bolton’s crisp, cryptic wording underlines. He didn’t elaborate what he meant by “significant escalation” and, equally, he left a challenge vaguely suspended in the air by calling for a Russian rethink on the S-300 decision. Importantly, Bolton’s tweet ignored Moscow’s clarification at the highest level on Monday that the Russian motivation is principally to “avert any potential threat” to the lives of Russian personnel deployed to Syria.

Simply put, what emerges from Bolton’s tweet is that any Russian moves towards the “significant” strengthening of the Syrian capability to deter aggression or closing the Syrian air space in regions where Russian personnel are deployed will not find favor with Washington. This is a curious stance, to say the least. Especially when there are strong and persistent rumors that the US is also feverishly working to establish a “no-fly zone” in northeastern Syria that might possibly cover a big swathe of territory stretching from Manbij in Aleppo province to Deir Ezzor bordering the Euphrates, and that an advanced air defence and radar system has already been established near the Turkish border with northern Syria’s Ayn al-Arab (also known as Kobani), held by Kurdish groups. This is, by the way, despite the fact that the ISIS is not known to possess any capability to stage air attacks.

That is to say, one the one hand, US is establishing an air defence system to protect its Kurdish allies in Syria from attacks while on the other hand, it is contesting any Russian move to strengthen the deterrent capability of the Syrian government against Israeli air attacks. What is the game plan?

The US strategy in Syria has phenomenally evolved through the past one-year period from the professed agenda of fighting terrorism to shaping the political future of Syria. The US has all but acknowledged its intention to keep an open-ended presence in Syria. President Trump no longer talks about a withdrawal of US troops from Syria. Alongside, Washington has also reopened the regime agenda in Syria.

All in all, it must be understood very clearly that the US not only refuses to accept defeat in the Syrian conflict, which it engineered some 7 years ago, but is determined to be the winner, and will use all power at its disposal to reach that desired goal. This means that the Washington expects Moscow not to stand in the way of the Pentagon’s action plan to degrade the Syrian government forces to a point where they stood in a priori history in mid-2015 before the Russian intervention.

Enter Israel. The US-Israeli congruence in the above project does not need elaboration, because a regime change in Syria and the potential dismemberment of that country could guarantee that Israel’s illegal occupation of the Golan Heights will never be challenged on the ground, leaving the Trump administration a free hand to accord international legitimacy to that occupation as part of any “Syrian settlement”.

Suffice to say, Russia is the proverbial dog in the Syrian manger. Iran’s presence in Syria is more of a nuisance that can be tackled separately by Israel, but so long as Russian aerospace capabilities provide cover for the Syrian government forces, the US and Israel run into headwinds in demolishing them systematically for advancing the regime change project.

The logical conclusion of the US-Israeli project lies in the removal of the Russian bases from Syrian territory. Neither the US nor Israel can countenance a military presence superior to Israel’s in the entire Middle East region. The actual Russian deployment to Syria may not be big, but Israel is very well aware that Russia has vast strategic depth, which it cannot hope to match.

The bottom line is that so long as Russia has a strategic presence in the Middle East, Israel cannot regain its military dominance in the region. And time doesn’t work in Israel’s favour, either. Iran is rising and Turkey remains unfriendly. The sooner things get done, the better for Israel – preferably while Trump remains in office.

Clearly, Bolton has thrown down the gauntlet. The tragic incident of September 17 cannot be viewed in isolation. 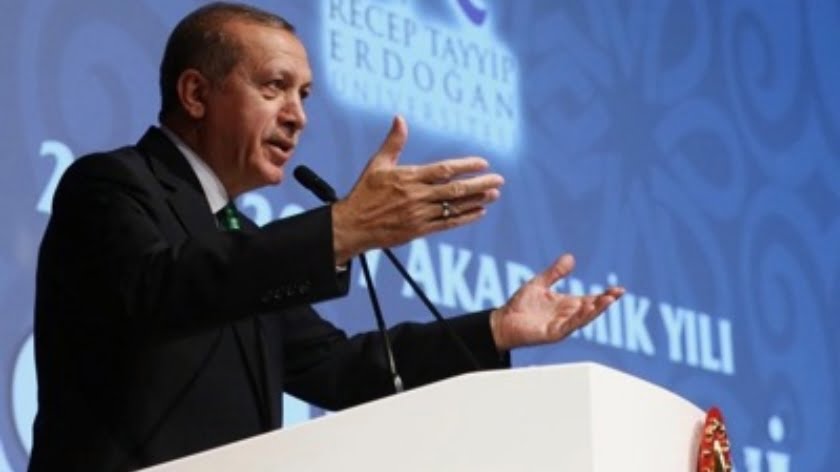 In 2011, Turkey organized, as requested, the migration of 3 million Syrians in order to weaken the country. Subsequently, it supported the Muslim Brotherhood and their jihadist groups, including Daesh. It looted Aleppo’s machine tools and set up counterfeit factories in the Islamic Emirate. Intoxicated by its victories in Libya and Syria, Turkey has become…

The latest MH17 documentary, “MH-17: In Search Of Truth” by Ukrainian SBU whistleblower Vasily Prozorov, shares some shocking truths about that tragedy which strongly make the case that the UK conspired with Kiev to take down that civilian aircraft as part of a preplanned Hybrid War plot against the Donbas rebels that was also intended… 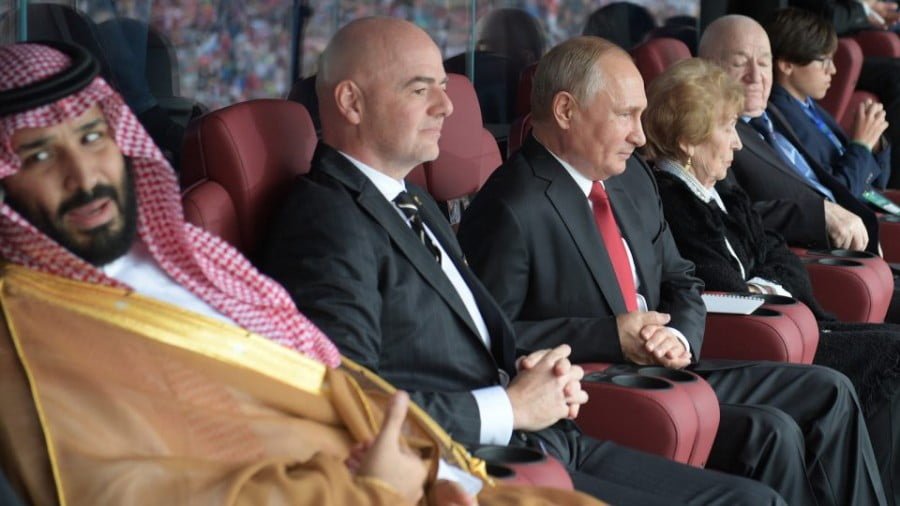 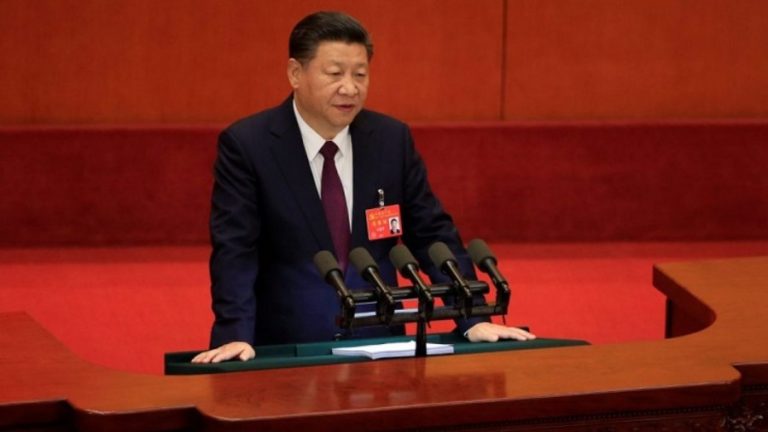