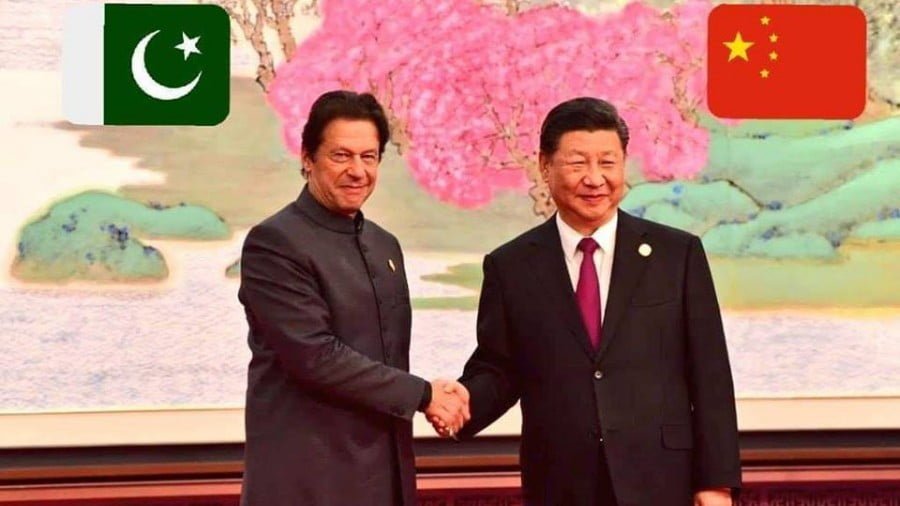 The so-called “Balochistan Liberation Army’s” suicide attack on the Chinese consulate in Karachi is a serious escalation of the Hybrid War on CPEC designed to put unprecedented pressure on China ahead of President Xi’s planned meeting with his American counterpart at the G20 Summit next week.

The Chinese consulate in Pakistan’s largest city of Karachi was targeted by a suicide attack Friday morning that was claimed by the so-called “Balochistan Liberation Army” (BLA), an Indian-backed terrorist group that’s been a problem for decades. The state had recently scored plenty of successes against it though in both the military and ideological domains, the former of which is attributable to Pakistan’s nationwide anti-terrorist operations over the past few years while the latter is due to prominent separatist Dr. Jumma Baloch’s defection from his former “fellows” in February and his subsequent creation of the Overseas Pakistani Baloch Unity (OPBU) for peacefully reintegrating foreign-based fighters into their homeland’s social fabric.

Altogether, the military and ideological gains that Pakistan achieved are sustained by the fresh wind of optimism that the Baloch minority now has about their future in the Silk Road Century, seeing as how their region forms the terminal point of the Belt & Road Initiative’s (BRI) flagship project of the China-Pakistan Economic Corridor (CPEC) and is correspondingly mainland-maritime pivot in Afro-Eurasia. In fact, it can be argued that any “separatist insurgency” that might have previously existed in Balochistan had been strategically neutralized in its entirety, ergo why the foreign-backed remnants of the BLA resorted to the desperate means of carrying out a terrorist attack against the Chinese consulate in Karachi in order to instantaneously draw international media attention to their “cause”.

Unaware observers shouldn’t be fooled into falling for the BLA’s narrative that it supposedly represents an “oppressed people yearning for freedom”, since Dr. Jumma proved that not only have the Baloch’s previous misgivings been addressed by the promises that the Pakistan state made to them through CPEC, but this famous separatist also outright spilled the beans and declared that India hijacked the original struggle that he previously dedicated his life to supporting. He even traveled throughout Europe earlier this year to raise awareness about how some countries are hosting dangerous terrorists from his homeland in an important series of visits that exposed the continent’s double standards towards this scourge.

Regrettably, his warnings weren’t heeded and now some European states have blood on their hands for pretending that the BLA and other terrorist organizations from Balochistan are nothing more than “political opposition groups”, but the country that deserves the most blame for the latest attack is India. Kalbushan Jadhav, a Hybrid War operative working with India’s Research & Analysis Wing (RAW, an analogue of the CIA and Mossad), admitted after his capture last year that he was fomenting terrorist attacks in this strategic region, thereby proving that the Indo-American Hybrid War on CPECisn’t just a “conspiracy theory” but can nowadays be regarded as a conspiracy fact.

Speaking of which, Pakistani Prime Minister Imran Khan officially stated that the latest attack was indeed a conspiracy aimed at sabotaging his country’s cooperation with China, which isn’t surprising considering that the Chief Of Army Staff (COAS) General Qamar Javed Bajwa warned over the weekend that Pakistan is “now confronting hybrid conflict where focus is shifting to subversion on religious, sectarian, ethnic and social issues”. Accordingly, the latest stage of the Hybrid War on CPEC perfectly fits into this model because it’s aimed at exacerbating identity fault lines within this diverse country, albeit in an artificial way that wouldn’t naturally occur without the crucial catalyst of terrorism.

To explain, the foreign backers behind the Karachi suicide attack are hoping that it will provoke a disproportionate military response in Balochistan that could cause collateral damage among civilians and thus set into motion a “self-sustaining” Hybrid War reaction from the locals that could roll back the recent gains that were achieved. This is highly unlikely to happen, however, because of the world-class professionalism of the Pakistani Armed Forces, which is why the only outcome will probably be that the two countries behind this destabilization operation will invest in decontextualizing, misportraying, and then over-amplifying events in order to produce the false narrative of a purportedly ongoing “identity/separatist/freedom conflict” there that could then be spread across the Mainstream Media as part of their infowar against BRI.

The weaponized management of global perceptions is intended to propagate the notion that Pakistan is allegedly a “very dangerous and unstable” country that no foreign company should risk doing business in, even if it’s to take advantage of the time-saving geostrategic shortcut of trading with China via CPEC. The whole point of this campaign is to sow seeds of doubt about Pakistan, China, CPEC, and ultimately BRI itself which could eventually lead to economic hardships for all of them if the Silk Road’s flagship project is perceived (key word) to be “functionally unviable” by the “international community” as a result of this coordinated propaganda attack against it.

In fact, any fake news that might be spun in the coming future about any alleged “atrocities” carried out by the Pakistani military against the Baloch (either in the past or the present day) could be used to set the narrative basis for the US to sanction Pakistan, just as it might be planning to do with China as regards the issue of Uighur terrorism in Xinjiang, with it being implied by the US that entities doing business with the South Asian state (especially its Balochistan region) and/or the western Chinese province could be eligible for “secondary sanctions”. This would in effect amount to the indirect sanctioning of CPEC, a disturbing scenario that Pakistan and its all-weather Chinese ally should possibly prepare for.

BRI is currently undergoing an unofficial period of “restructuring” after countries from Malaysia to the Maldives and even Ethiopia are renegotiating their previous commitments to this worldwide series of connectivity projects, so putting pressure on CPEC at this specific moment (be it of the Hybrid War and/or sanctions variant) is intended to destabilize the foundation of China’s grand strategy. It also can’t be forgotten that all of this is occurring in the run-up to President Xi’s planned meeting with his American counterpart at the G20 next week right on the heels of Vice President Pence’s dramatic declaration about an impending “all-out cold war” between the two Great Powers during last weekend’s APEC Summit.

Some media reports have speculated that the US wants China to agree to a so-called “truce” in their “trade war”, which might turn out to be nothing more than a euphemism for demanding its rival’s strategic capitulation. Considering this very plausible scenario in light of the new American administration’s tendency to unabashedly bully its counterparts on the international arena, it wouldn’t be surprising if Washington tasked its new allies in New Delhi with ordering their BLA proxies to carry out the terrorist attack against the Chinese consulate in Karachi in order to exert maximum pressure on Beijing prior to next week’s summit between Presidents Xi and Trump.

Regardless of the analytical conjecture about who might have really been behind this high-profile suicide attack and why, it should be expected that this brazen act of terror will be exploited by third parties for their own benefit, be it by India to distract from its abuses in occupied Kashmir or by the US to push China into complying with its terms for a “truce”. Concerted efforts will be made in the near future by both of those countries to portray this event as “proof” that Pakistan is “unstable”, but what it really proves is that the Hybrid War on CPEC is just getting started and that the “Zipper of Eurasia” has a game-changing global geostrategic significance that neither of them will ever openly admit. 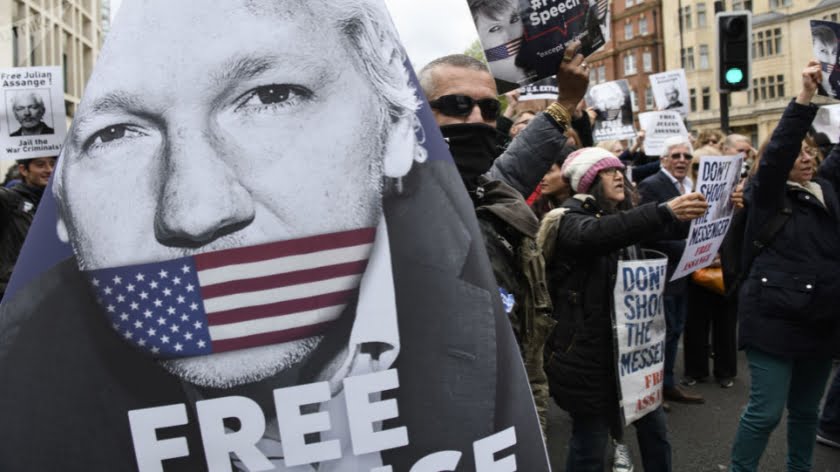 Julian Assange, the founding editor of Wikileaks, is being detained in a British top-security prison indefinitely. But in the view of his distraught father, the incarceration of Assange has a deliberate purpose – to kill him. John Shipton flew to Britain from Sydney, Australia, earlier this month in the hope of seeing his 48-year-old son… 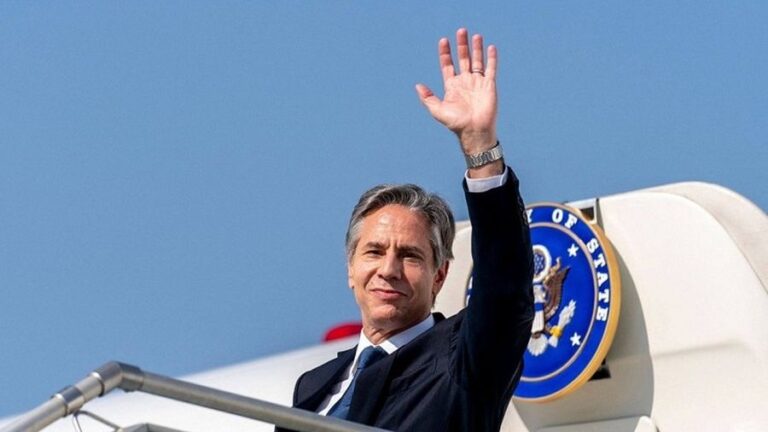 The world faces the very real prospect of a nuclear war. That this can be said after a century of world and regional wars, most of them begun or instigated by the USA and its puppet states, and 75 years after the United Nations was created to ensure that world wars could never happen again,… 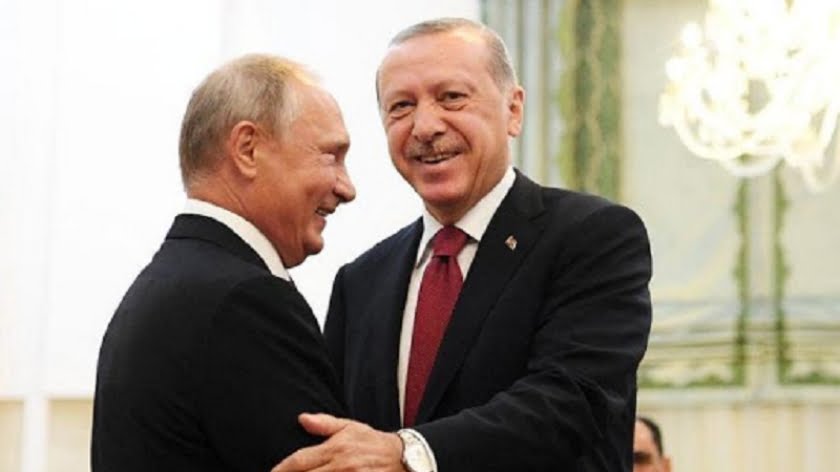