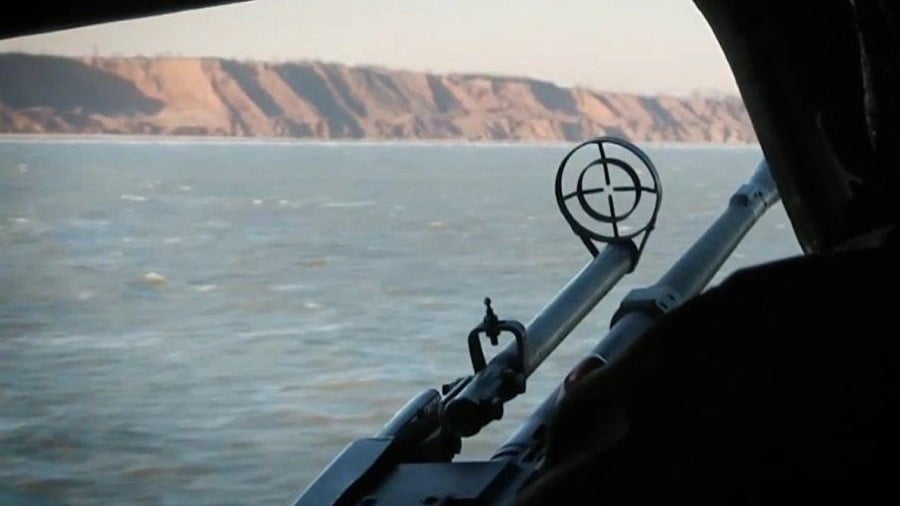 On November 25, two artillery boats of the Gyurza-M class, the Berdiansk and Nikopol, one tugboat, the Yany Kapu, as well as 24 crew members of the Ukrainian Navy, including two SBU counterintelligence officers, were detained by Russian border forces. In the incident, the Russian Federation employed Sobol-class patrol boats Izumrud and Don, as well as two Ka-52, two Su-25 and one Su-30 aircraft.

Ukraine’s provocation follows the advice of several American think-tanks like the Atlantic Council, which have been calling for NATO involvement in the Sea of Azov for months. The area is strategically important for Moscow, which views its southern borders, above all the Sea of Azov, as a potential flash point for conflict due to the Kiev’s NATO-backed provocations.

To deter such adventurism, Moscow has deployed to the Kerch Strait and the surrounding coastal area S-400 batteries, modernized S-300s, anti-ship Bal missile systems, as well as numerous electronic-warfare systems, not to mention the Russian assets and personnel arrayed in the military districts abutting Ukraine. Such provocations, egged on by NATO and American policy makers, are meant to provide a pretext for further sanctions against Moscow and further sabotage Russia’s relations with European countries like Germany, France and Italy, as well as, quite naturally, to frustrate any personal interaction between Trump and Putin.

This last objective seems to have been achieved, with the planned meeting between Trump and Putin at the G20 in Buenos Aires being cancelled. As to the the other objectives, they seem to have failed miserably, with Berlin, Paris and Rome showing no intention of imposing additional sanctions against Russia, recognizing the Ukrainian provocation fow what it is. The intention to further isolate Moscow by the neocons, neoliberals and most of the Anglo-Saxon establishment seems to have failed, demonstrated in Buenos Aires with the meeting between the BRICS countries on the sidelines and the bilateral meetings between Putin and Merkel.

On November 30, following almost two-and-a-half months of silence, the Israeli air force bombed Syria with three waves of cruise missiles. The first and second waves were repulsed over southern Syria, and the third, composed of surface-to-surface missiles, were also downed. At the same time, a loud explosion was heard in al-Kiswah, resulting in the blackout of Israeli positions in the area.

The Israeli attack was fully repulsed, with possibly two IDF drones being downed as well. This effectiveness of Syria’s air defenses corresponds with Russia’s integration of Syria’s air defenses with its own systems, manifestly improving the Syrians’ kill ratios even without employing the new S-300 systems delivered to Damascus, let alone Russia’s own S-400s. The Pantsirs and S-200s are enough for the moment, confirming my hypothesis more than two months ago that the modernized S-300 in the hands of the Syrian army is a potentially lethal weapon even for the F-35, forbidding the Israelis from employing their F-35s.

With the failed Israeli attack testifying to effectiveness of Russian air-defense measures recently deployed to the country, even the United States is finding it difficult to operate in the country. As the Washington-based Institute for the Study of War confirms:

“Russia has finished an advanced anti-access/area denial (A2AD) network in Syria that combines its own air defense and electronic warfare systems with modernized equipment. Russia can use these capabilities to mount the long-term strategic challenge of the US and NATO in the Eastern Mediterranean Sea and the Middle East, significantly widen the geographic reach of Russia’s air defense network. Russia stands to gain a long-term strategic advantage over NATO through its new capabilities in Syria. The US and NATO must now account for the risk of a dangerous escalation in the Middle East amidst any confrontation with Russia in Eastern Europe.”

The final blow in a decidedly negative week for Washington’s ambitions came in Buenos Aires during the G20, where Xi Jinping was clearly the most awaited guest, bringing in his wake investments and opportunities for cooperation and mutual benefit, as opposed to Washington’s sanctions and tariffs for its own benefit to the detriment of others. The key event of the summit was the dinner between Xi Jinping and Donald Trump that signalled Washington’s defeat in the trade war with Beijing. Donald Trump fired the first shot of the economic war, only to succumb just 12 months later with GM closing five plants and leaving 14,000 unemployed at home as Trump tweeted about his economic achievements.

Trump was forced to suspend any new tariffs for a period of ninety days, with his Chinese counterpart intent on demonstrating how an economic war between the two greatest commercial powers had always been a pointless propagandistic exercise. Trump’s backtracking highlights Washington’s vulnerability to de-dollarization, the Achilles’ heel of US hegemony.

The American-led world system is experiencing setbacks at every turn. The struggle between the Western elites seems to be reaching a boil, with Frau Merkel ever more isolated and seeing her 14-year political dominance as chancellor petering out. Macron seems to be vying for the honor of being the most unpopular French leader in history, provoking violent protests that have lasted now for weeks, involving every sector of the population. Macron will probably be able to survive this political storm, but his political future looks dire.

The neocons/neoliberals have played one of the last cards available to them using the Ukrainian provocation, with Kiev only useful as the West’s cannon fodder against Russia. In Syria, with the conflict coming to a close and Turkey only able to look on even as it maintains a strong foothold in Idlib, Saudi Arabia, Israel and the United States are similarly unable to affect the course of the conflict. The latest Israeli aggression proved to be a humiliation for Tel Aviv and may have signalled a clear, possibly definitive warning from Moscow, Tehran and Damascus to all the forces in the region. The message seems to be that there is no longer any possibility of changing the course of the conflict in Syria, and every provocation from here on will be decisively slapped down. Idlib is going to be liberated and America’s illegal presence in the north of Syria will have to be dealt with at the right time.

Ukraine’s provocation has only strengthened Russia’s military footprint in Crimea and reinforced Russia’s sovereign control over the region. Israel’s recent failure in Syria only highlights how the various interventions of the US, the UK, France and Turkey over the years have only obliged the imposition of an almost unparalleled A2AD space that severely limits the range of options available to Damascus’s opponents.

The G20 also served to confirm Washington’s economic diminution commensurate with its military one in the face of an encroaching multipolar environment. The constant attempts to delegitimize the Trump administration by America’s elites, also declared an enemy by the European establishment, creates a picture of confusion in the West that benefits capitals like New Delhi, Moscow, Beijing and Tehran who offer instead stability, cooperation and dialogue.

As stated in previous articles, the confusion reigning amongst the Western elites only accelerates the transition to a multipolar world, progressively eroding the military and economic power of the US. 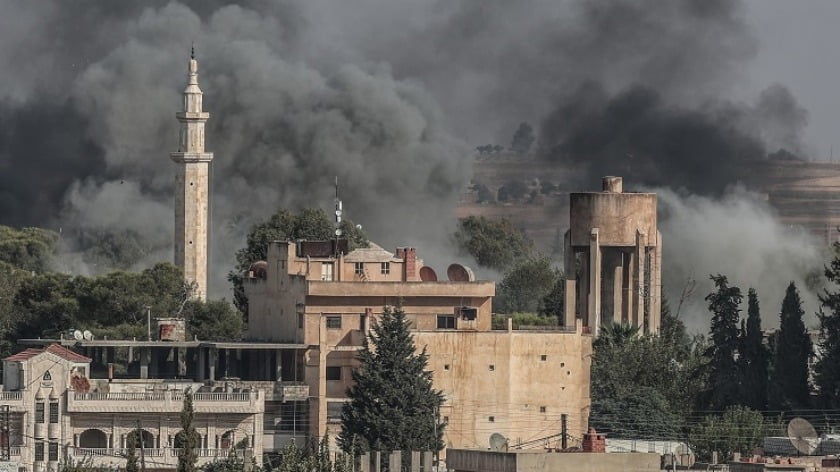 It is now clear, not only in the USA but also beyond its borders, that US efforts to quietly oust the Assad regime in Syria have failed. Washington’s original mission of “protecting the civilian population” in Syria quickly turned into “fighting terrorism,” but this, of course, primarily meant engagement with the very same jihadists from…

The intensifying hysteria over Russia has pushed Official Washington over the edge into outright madness. On one side of this asylum, you have the Democrats, neoconservatives and mainstream media, while on the other, you have the embattled Trump administration. Both sides have been making grave allegations with little or no evidence to support them. The… 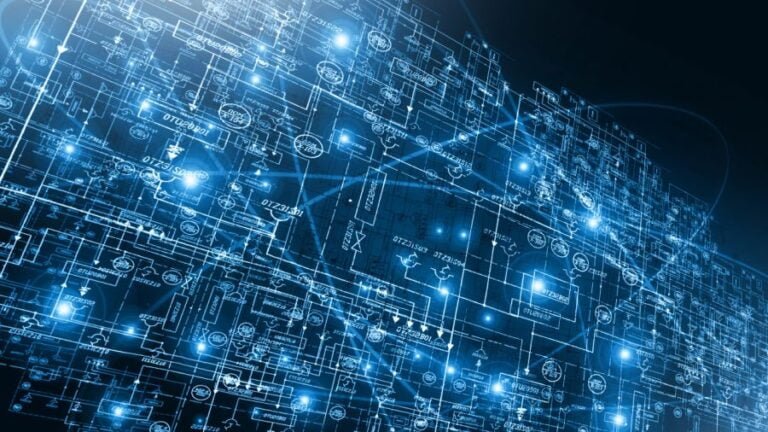 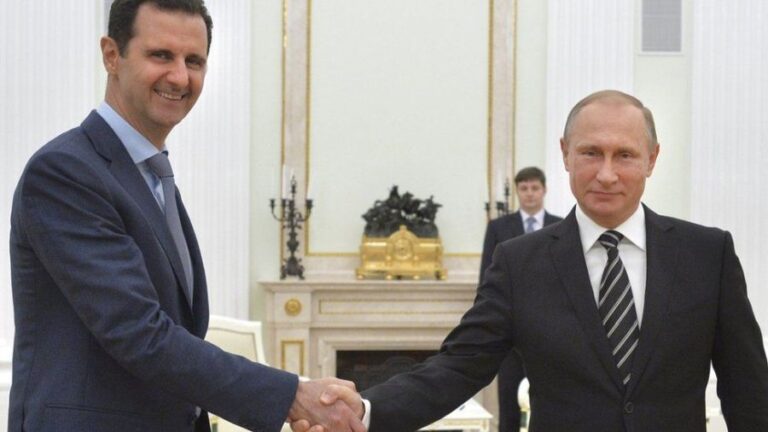 The consequences of the Geneva Accords – known as “Yalta 2” (June 16, 2021) – for the wider Middle East are about to reach a new stage: foreign forces occupying parts of Syria are about to withdraw. After 12 years of massacres, the war against the Syrian Arab Republic is ending. President Bashar al-Assad went…